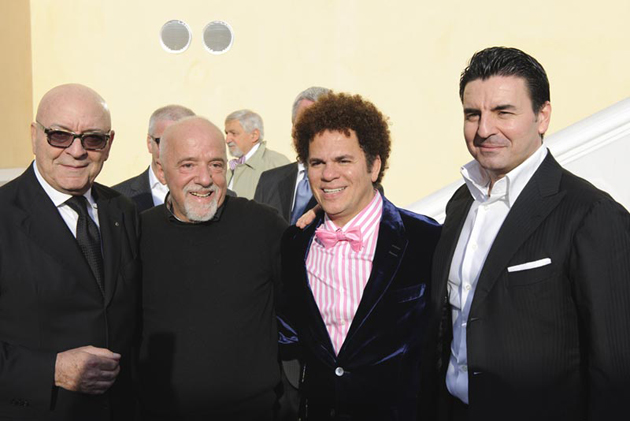 For many years, world famous author Paulo Coelho has celebrated St. Joseph’s Day with a party for his family and dearest friends. A devout Catholic, Coelho bears deep spiritual links to St Joseph, venerated as a saint in the Catholic, Eastern Orthodox, Oriental Orthodox, Anglican and Lutheran faiths. Amongst Catholics, St Joseph is the patron saint of workers, and was declared to be the patron saint and protector of the Catholic Church by Pope Pius IX in 1870.

At once both solemn and joyous, the party was co-hosted this year by the famed pen manufacturer Montegrappa, on the occasion of the company producing a pen in honour of Coelho’s most celebrated work, The Alchemist.

The company’s artisans created a physical embodiment of the book and its alchemical theme, the pen actually featuring six of the seven metals dear to alchemists, with mercury represented by its sign. Its clip functions like a cartographer’s compass, its barrel and cap engraved with the symbols of the cosmos. The pen, like the novel that inspired it, is a work of art. 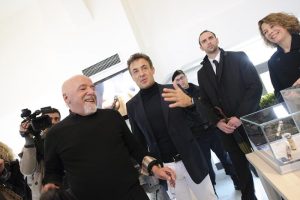 Paulo Coelho and Jean Alesi
Celebrations began with a luncheon and press conference at the sumptuous Villa Ca’ Erizzo in Bassano del Grappa, home of Montegrappa. Amongst the presenters were historian and alchemy expert Giovanni Marcadella of the Museum of Bassano, Paulo Coelho, Montegrappa’s CEO, Giuseppe Aquila and his father, Gianfranco, the brand’s impressive eminence grise.

In the afternoon, guests were treated to a factory tour, all the better to understand and appreciate what goes into a Montegrappa pen. The interlude preceded the party itself, held that evening at the imposing Castello Superiore di Marostica.

Drummers and a display of the tradition Italian flag tossing were followed by an elegant dinner, during which Paulo Coelho took the opportunity to offer a prayer to St Joseph, along with an original poem. The guests were able to hear this in myriad languages, including Portuguese, Japanese, Hungarian, Italian, English, German, French and many others.

As is Coelho’s tradition, the 300 guests included his family and friends, joined for 2012 by friends of Montegrappa. Coelho’s wife, the painter Christina Oiticica, was one of many artists, for the guest list also included Brazilian Neo-pop artist, painter, serigrapher and sculptor Romero Britto. To the delight of the guests, Britto painted two of Scorpions’ guitarist Rudolf Schenker’s guitars, one with Christina. 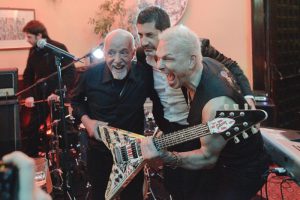 Live music was provided by jazz musician Nick the Nightfly, followed by some hard rocking, courtesy of Rudolf Schenker, who welcomed Paulo Coelho onstage to reveal his rock’n’roll heart, inciting the guests to dance into the wee hours.