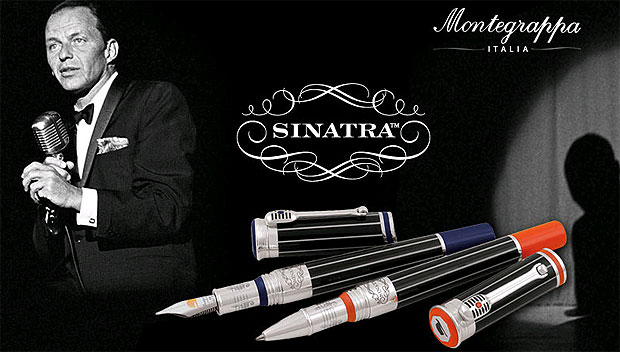 Montegrappa’s “Icons” series of writing instruments pays tribute to cultural giants, regardless of the fields in which their character and achievements lifted them to global awareness. The third in the 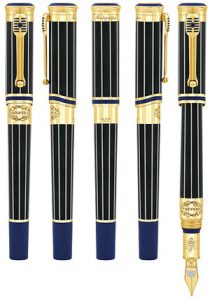 series, following pens for Muhammad Ali and Bruce Lee, pays homage to an individual who features prominently in any list of the 20th Century’s most influential personalities, a performer who re-defined the role of the singer, and who was the first to make fans swoon, scream and faint. In 2011, Montegrappa pays homage to the immortal Frank Sinatra with its Frank Sintra Pen.

To honor this singular entertainer, Montegrappa has fashioned the Icons Frank Sinatra Pen collection. From cap to tip, it is imbued with the signature details of a remarkable life. At the working end, the pen tip bears a musical staff and a G-clef. The barrel and cap are finished to resemble the fabric of a sharp pinstriped suit, while the end of the cap is engraved with a silhouette of Sinatra’s signature fedora. The fountain pen version has blue accents reminiscent of Frank’s blue eyes, while the roller ball bears orange accents reminding us of his famous quote: “Orange is the happiest color”. The pocket clip is carved in the shape of a classic microphone. And as a final touch, a turquoise set into the microphone again reminds us that one of his best-loved, most affectionate nick-names was “Ol’ Blue Eyes”. 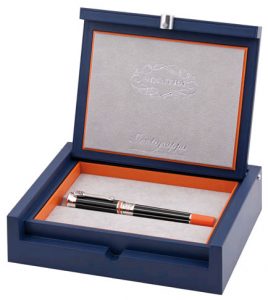