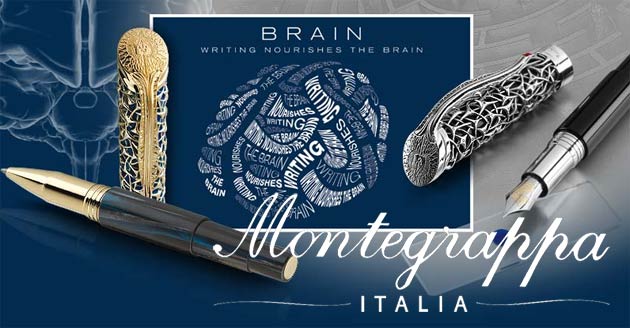 Working with no less an authority on cerebral matters than Richard Restak, M.D., Montegrappa announce the Brain Pen, one of the most ambitious pens in its illustrious history. 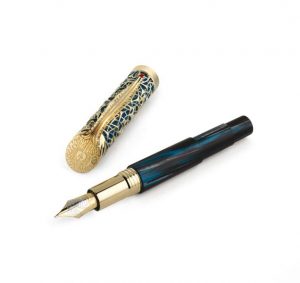 The Montegrappa Brain Pen is the result of extensive collaboration with Dr. Restak, the author of more than 20 books on the subject. Among his many positions are those of Clinical Professor of Neurology at George Washington University School of Medicine and Health Sciences, and residencies at Mount Sinai Hospital, Georgetown University Hospital and George Washington Hospital.

To create a pen that represents the complexities of the very organ it celebrates, Montegrappa’s designers drew inspiration from the brain itself. The link between the brain and the pen, with the act and art of writing serving as an extension of man’s ability to express himself while exercising the brain itself, encouraged Montegrappa to illustrate this direct intellectual and physical connection. Emblematic of this is the contrast present in the pen’s most basic structural elements: the top part of the pen is rich and elaborate, while the body is simple, acting as a parallel to a man’s body, where all his riches are in the brain.

Adorning the top of cap is a cross-section of the brain, based on an ancient illustration. The cap features an overlay made up of neurons, with the pocket clip representing the spinal cord. The clip has a spring-loaded mechanism and its tip is lacquered in red or black, to differentiate the fountain pen from the roller ball.

Etched into the nib is the image of a sea-horse. This refers to the hippocampus, which is a major component of the brain of humans and other vertebrates. It belongs to the limbic system and plays an important role in the consolidation of information from short-term memory to long-term memory and spatial navigation. 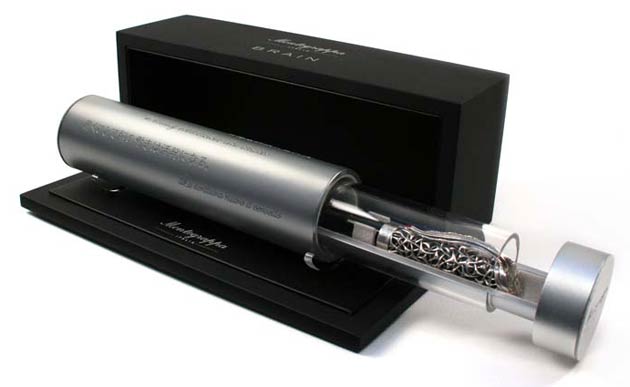 The Montegrappa Brain Pen will be offered as a limited edition consisting of: 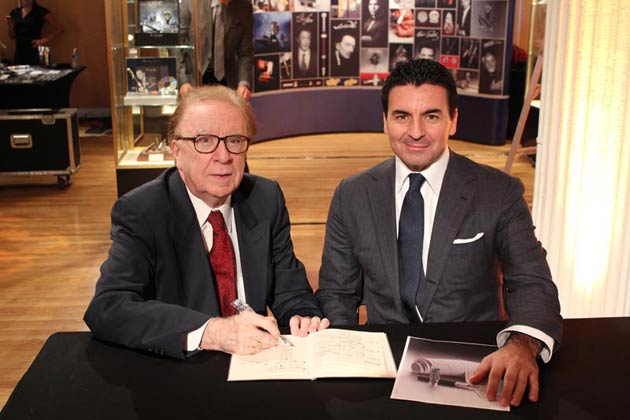 Accompanying every Montegrappa Brain Pen is a copy of a book written especially for Montegrappa by Dr. Restak.