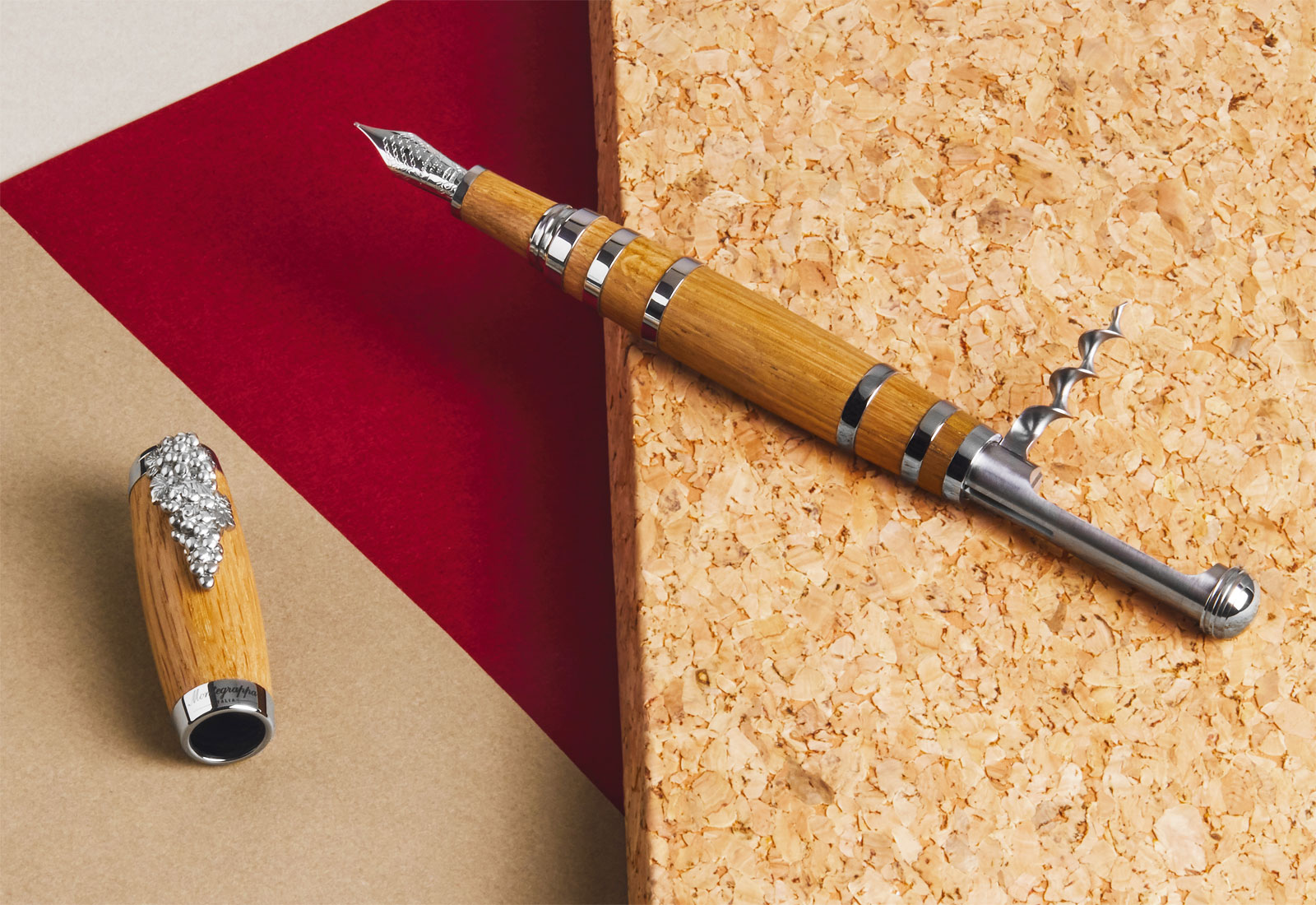 Montegrappa, a luxury brand as well known as the mountainous region it shares its name with celebrates wine with their newest writing implement – the Tirebouchon Pen

For 104 years, Montegrappa has sat squarely in the heart of Grappa country under the watchful eye of the Monte Grappa mountain.

For those who are not familiar with the world of beverages, Grappa is a type of Italian brandy. But, before you can have brandy you must have wine and this is the is the influence for the Tirebouchon pen, the latest offering from Italy’s oldest and most prestigious manufacturer of fine writing instruments.

Wine is without doubt, one of the Italy’s proudest achievements and as expected of the world’s largest producer is constantly creating new wines to add to it’s list of traditional greats. Some of these fantastic newer offerings include the Amarone, Barolo and Brunello, wines which now rank with the finest wines in the world.

With that in mind, creating a writing implement to celebrate Italy’s wine legacy seems to be an almost impossible task, how would Montegrappa go about doing this? Perhaps by making it as visually obvious as possible!

Recently, Montegrappa launched their Grappa pen, constructed from the materials used to distill Grappa brandy, it seems only fair that Italian wine benefits from a similar homage.

Following a similar design philosophy to the Grappa Pen, the Tirebouchon is made from the oak timber used in wine barrels, with a stainless steel metalwork which represents the hardware associated with wine making. 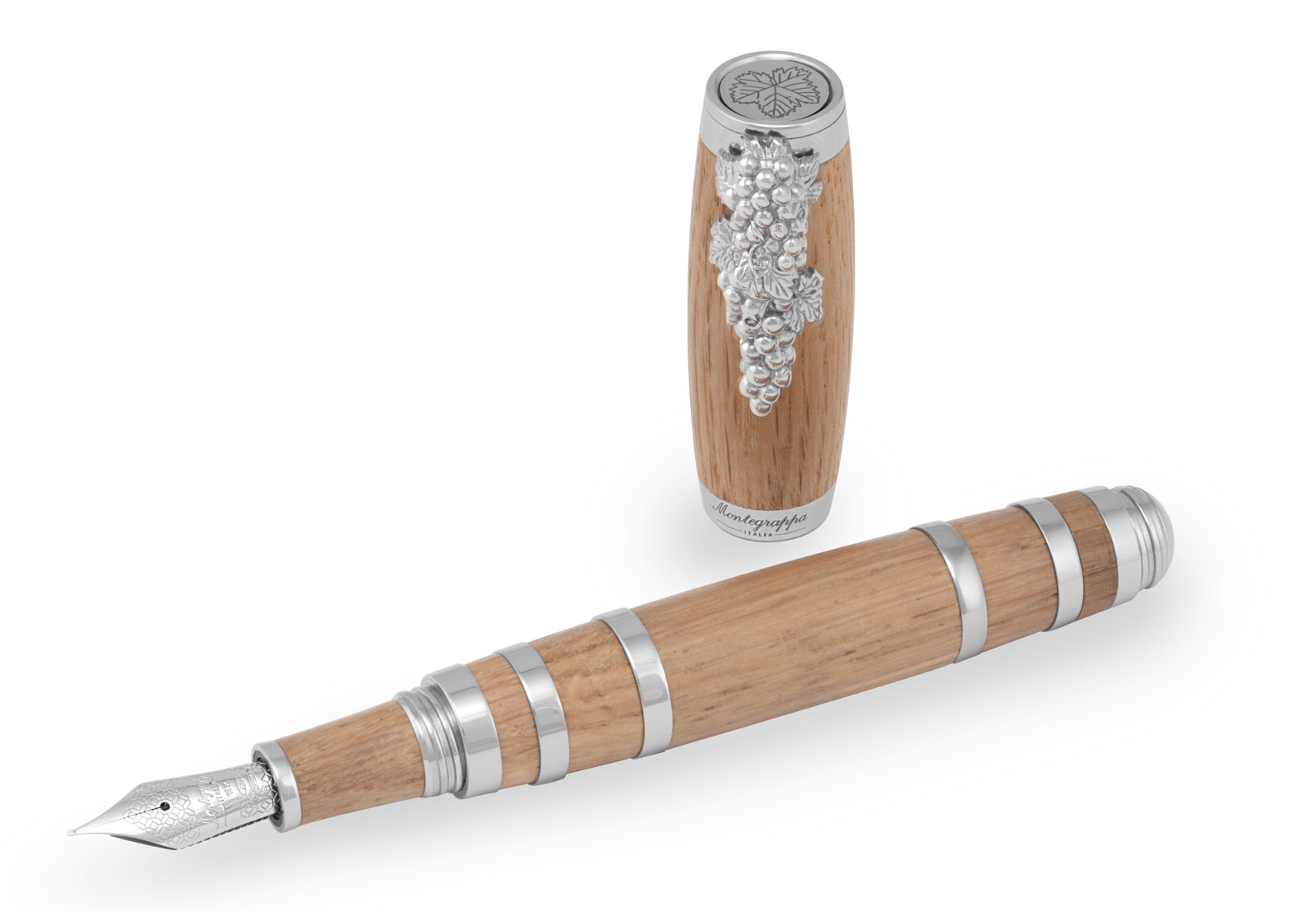 If you were not aware of the meaning behind this new pen, the word “Tirebouchon” is French for “corkscrew”, and the use of this Gallic term as the name for the new pen appropriately pays tribute to the origins of the grapes that comprise many of the so-called “Super Tuscans”: wines grown in Tuscany but using French varietals associated with the great Bordeaux, along with Sangiovese grapes.

The pen barrel on the Tirebouchon and the cap are wine-barrel-shaped, with metal rings to represent those bands that hold the wooden staves in place. For the Tirebouchon’s pocket clip, the Montegrappa designers created a miniature die cast of grape clusters on the vine in palladium-plated sterling silver. Inset into the cap’s top is an engraving of a grape leaf. The nib of the fountain pen is made of solid 18k gold and is embellished with the octagonal pattern that serves as Montegrappa’s motif. 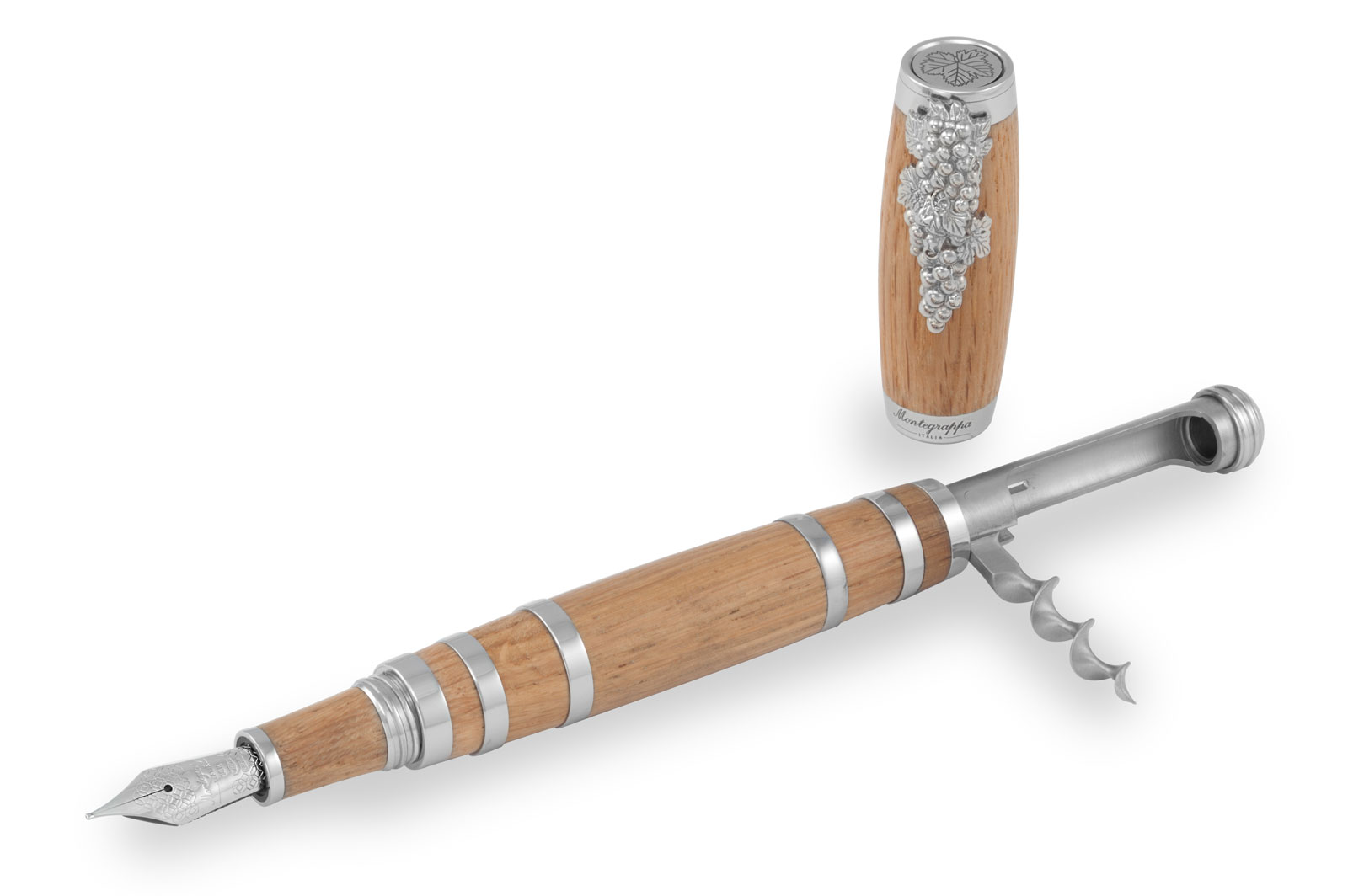 The coup de grâce with this pen is hidden within. Built into the pen body, under the cap, is a foldable corkscrew – fully functional and extremely strong, and a registered, proprietary design. Because of the space it occupies, the Tirebouchon fountain pen is fitted with only one ink-cartridge, while the refill of the rollerball is mini-size. 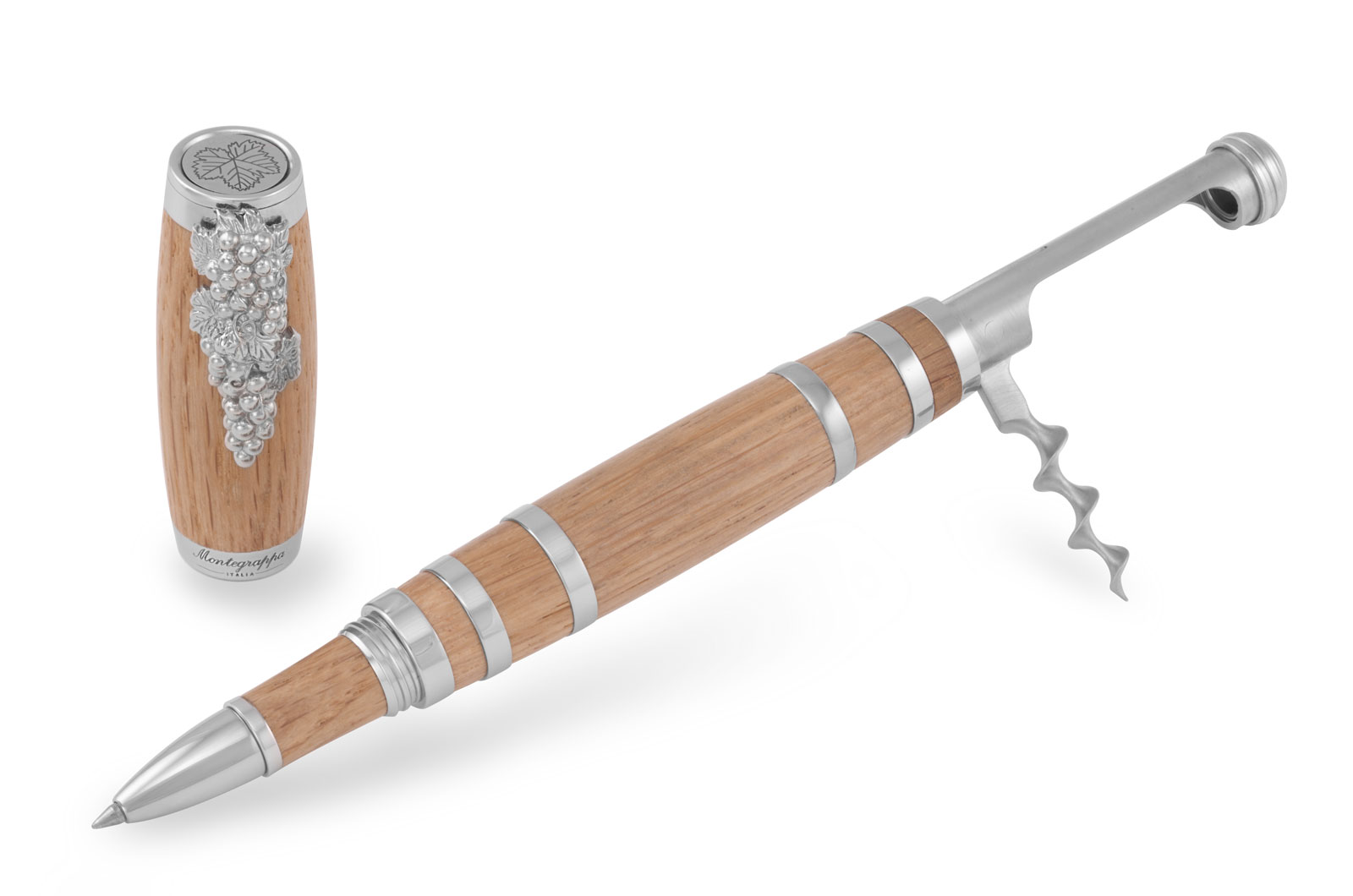 Montegrappa’s Tirebouchon is strictly limited to 100 fountain pens and 100 rollerball pens, and should be regarded in the same vein as a once-in-a-lifetime vintage. Like a fine wine that improves with age, the real wood construction will acquire its own unique patina. Here, then, is a pen to truly savour.

Montegrappa Tirebouchon – Where and how