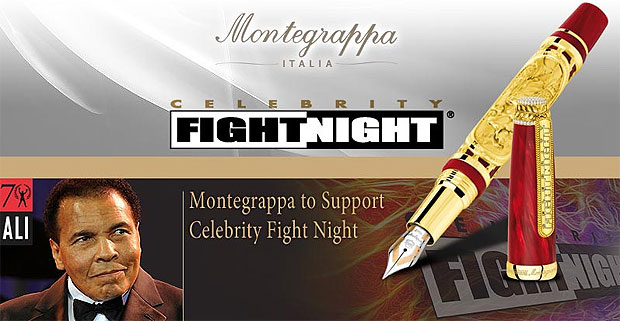 During its 17-year history, Celebrity Fight Night has grown into one of the USA’s elite charity events. In that time, it has raised $70 million, with the Muhammad Ali Parkinson Center at Barrow Neurological Institute as the primary beneficiary. Numerous other charities have benefited and countless lives have been changed thanks to the tremendous generosity of its supporters. Celebrities and professional athletes from all over the country participate in a night filled with incredible live auction items and live musical performances by many of today’s brightest stars.

This star-studded evening, taking place on March 24, 2012, will honour the 70th birthday of the featured guest, Muhammad Ali. It will be a night of excitement that both leaves the audience with unforgettable memories but, more importantly, provides significant dollars for charities. Among the notable guests this year are Lionel Richie, Reba McEntire, David Foster, Rascal Flatts, Billy Crystal, Miley Cyrus, Rita Wilson, John Corbett, Jackie Evancho and Sinbad. 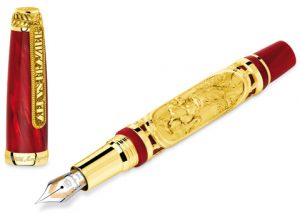 To assist Celebrity Fight Night’s worthy causes, Montegrappa, official licensee of Muhammad Ali Enterprises, will donate a truly special fountain pen for the auction. Appropriately, it is a unique version of the Muhammad Ali fountain pen from the solid 18K gold “Thrilla In Manila” set that has been customised for the occasion.

Enthusiasts will note how its clip has been engraved with the Celebrity Fight Night logo and the top of the cap has been embellished with diamonds. It will be presented in a luxury wooden box, with a metal plaque engraved with the Ali logo. The retail value of such a pen will be in excess of $45,000. Montegrappa hope that it will generate much more during the auction, to the benefit of the many deserving organisations supported by Celebrity Fight Night.