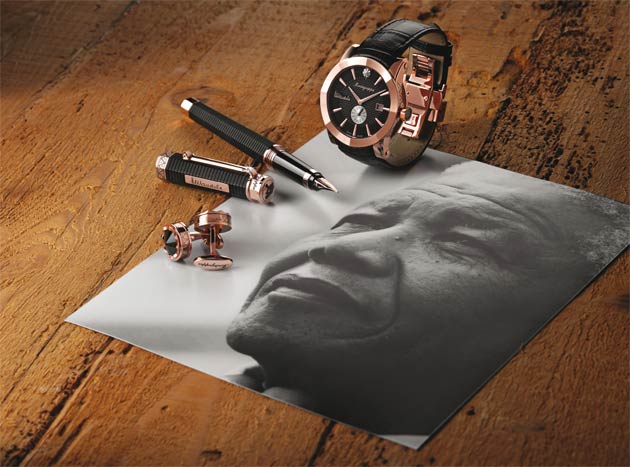 The Montegrappa name is synonymous with the world’s greatest pens and one area in particular they pay great attention to is paying homage to world icons. There can be few living icons more popular than the former President of South Africa, Nelson Mandela.

In light of the above, Montegrappa have announce that an agreement has been signed with the Mandela family and the Long Walk to Freedom for the rights to produce collections of pens, watches and cufflinks using the Nelson Mandela name. 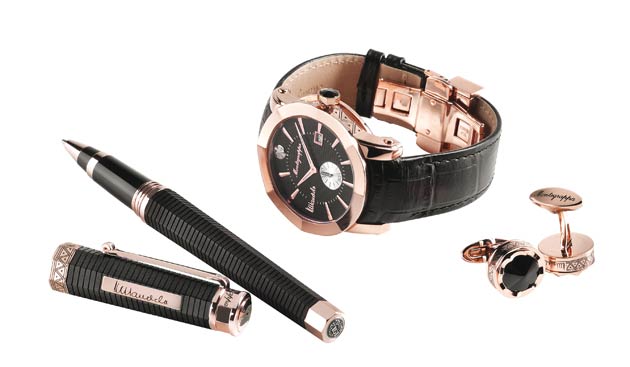 As Nelson Mandela has celebrated his 95th birthday in July, it is an important milestone in his life, and an ideal opportunity to create a collection that will honour the world-renowned South African anti-apartheid activist, humanitarian and statesman.

Giuseppe Aquila, Montegrappa’s CEO said: “Nelson Mandela is a global icon, one of the most respected and revered human beings of the past Century. Montegrappa feels privileged to be selected by the Mandela family as a partner to recognise the achievements of Nelson Mandela through the development of a limited edition range of pens, watches and cufflinks.”

Zaziwe Manaway (Nelson Mandela’s grand-daughter) and Director of LWTF Brand (Pty) Ltd expressed her pride in announcing the partnership with Montegrappa. “The Long Walk To Freedom Brand (Pty) Ltd is proud to announce the partnership with Montegrappa. Montegrappa is famous for creating the most beautiful pens in the world. We are delighted to work together with a company that has such a rich, 100 year-old history, in continuing our grandfather’s legacy by creating the Nelson Mandela Limited Series.” 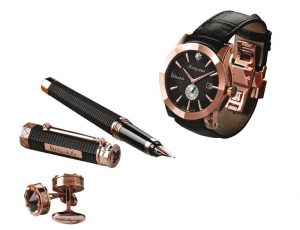 The Nelson Mandela Limited Edition includes customised versions of NeroUno pens, watches and cufflinks, distinguishing from the production NeroUno edition with a motif of triangles in a tribal pattern in rose gold plated trim on the pen cap’s band, the surround of the cufflinks and the watch’s case. The top of the pen’s cap is engraved with the map of South Africa, while the side of the cap features a metal plaque engraved with Mandela signature. Mandela’s signature also appears on the watch dial and the cufflinks. To forge an indelible link to Nelson Mandela’s homeland, the clip boasts a diamond, mined in South Africa.

The collection will be offered as a limited edition composed of 500 sets including pen, watch and cufflinks. 500 represents the number of clinics that were upgraded or constructed during Nelson Mandela’s Presidency of South Africa. The end users will choose which type of pen they would like in the set: fountain pen, rollerball or ballpoint.

During the period researching Nelson Mandela’s life, a heart-warming discovery was made. In letter to his daughter Zindzi, written on the 10th of February 1980 while he was imprisoned on Robben Island, Nelson Mandela eloquently echoed the ethos behind Montegrappa’s writing instruments: “A good pen can also remind us of the happiest moments in our lives, bring noble ideas into our dens, our blood and our souls. It can turn tragedy into hope and victory.”