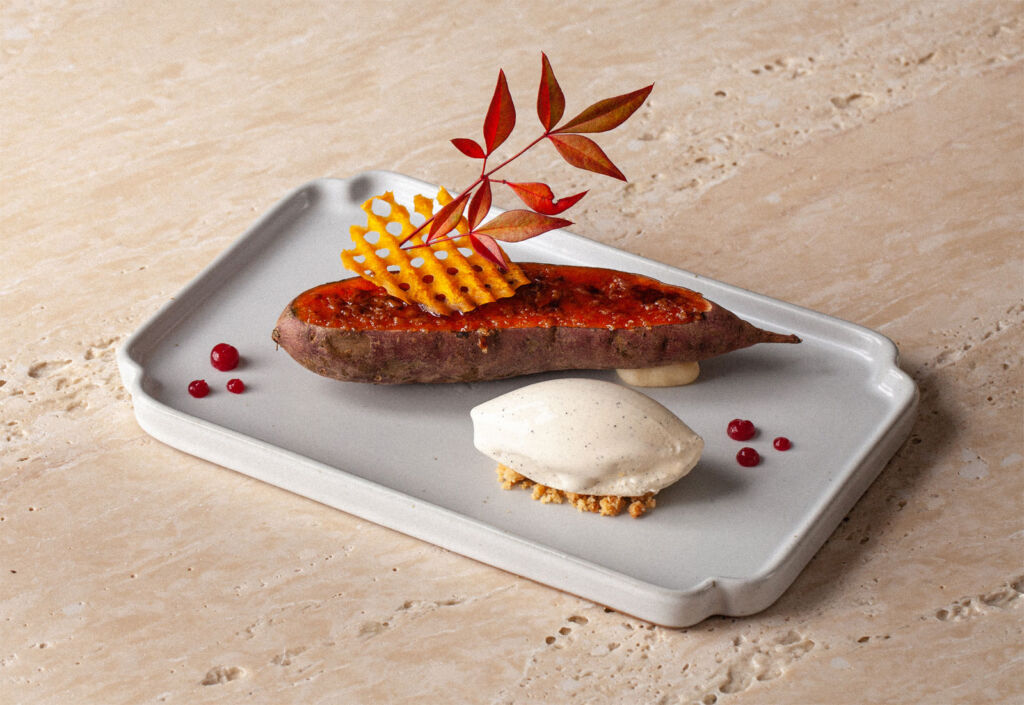 MORA is a brand new restaurant that will be opening in the heart of Sheung Wan’s historic Lascar Row. On the menu will be an incredible selection of Chinese cuisine with French influences that will be showcasing soy products such as tofu, soy milk, and tofu skin.

It will be an intimate 28-seater modern Chinese restaurant located in the historic street of Upper Lascar Row (摩羅上街), Sheung Wan. This iconic location connects MORA with Hong Kong’s fascinating history; furthermore, the Chinese character 摩, representing “texture”, will be the common thread of the texture-inspired menu rooted in one of Hong Kong’s oldest culinary traditions: SOY FOOD. 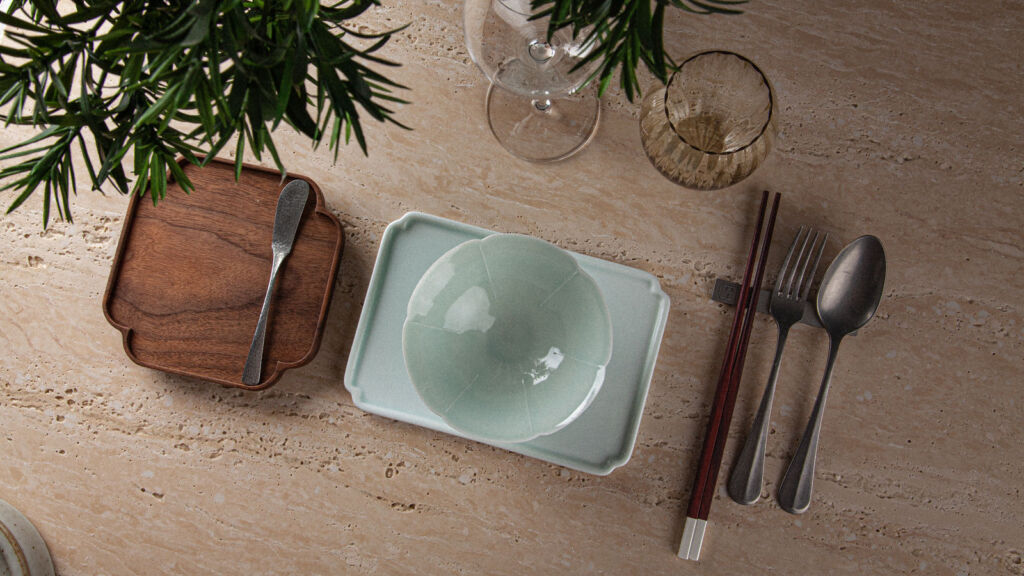 What is MORA?
The restaurant pays tribute to the culinary significance of the humble and versatile soybean, an ingredient considered to be a pillar in Asian cuisines and cultures. Not only does soy play an important role in Asian diets, but it is a driving force for heritage, tradition, and mindfulness.

Its fragility in cuisine can endure time and temperature while also being fleeting and subtle. When paired with other ingredients in cooking, the possibilities with soy food are surprising as they are abundant.

The myriad nutritious forms in which soy exists in food cultures across Asia are astounding and symbolic, and Chef Vicky has set out to push all boundaries through a menu derived from all-soy products. Most soy food products found on the menu are created in MORA’s own factory, which utilises a new technology of extracting soy milk with a thicker texture and more intense flavours. 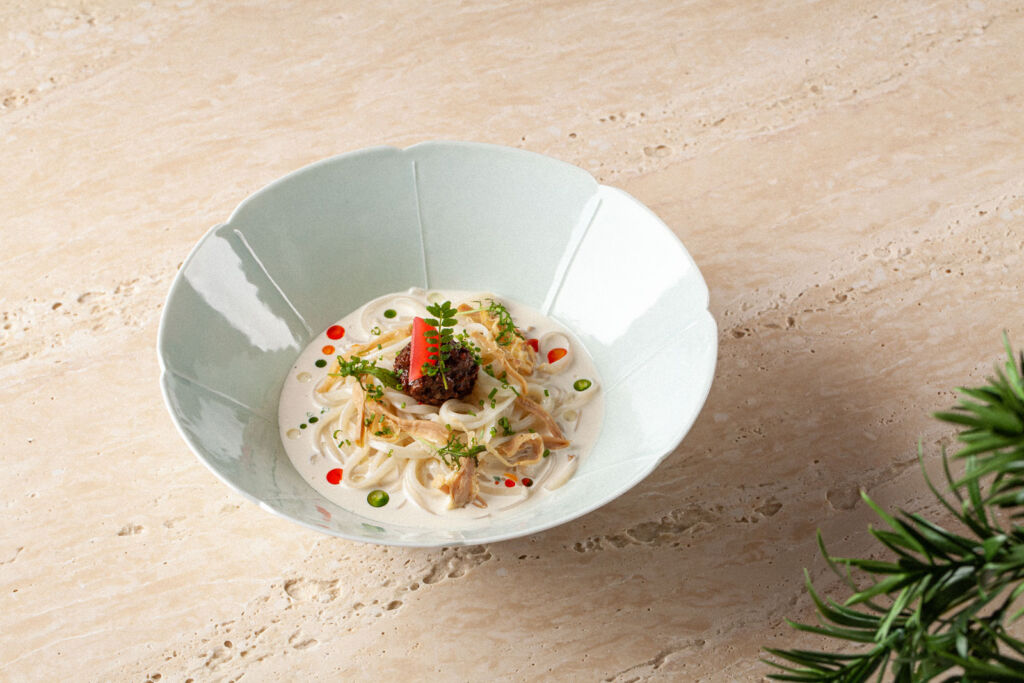 MORA endeavours to introduce yet preserve the historical and cultural significance of soy-based delicacies, with dishes inspired from Chef Vicky Lau’s French x Chinese cooking roots. A world of opportunities exists with the ingredient of soy – with its ability to take on an endless variety of shapes, flavours, aromas and textures.

Far from a plant-based, vegetarian or vegan restaurant, MORA seeks to modernise the way we view and consume soy – as a delicious, nutritious and elevated alternative to other, less-sustainable ingredients and cooking methods.

“Tofu, beancurd and other foods derived from soy have always been such an integral part of my diet and upbringing. As a chef, the more I learn about soy, the more I seem to fall in love with it. My exploration of soy began at TATE Dining Room from our lunch menu, Ode to Tofu, back in June 2020, when I was able to forge relationships with some of Hong Kong’s most skilled local artisans and crafters of soy food products.

At MORA, I aim to create an entirely new genre of soy-based dishes from all my learnings in and out of the kitchen, bridging emotions and memories with bistro-inspired cooking techniques.” said Chef Vicky. 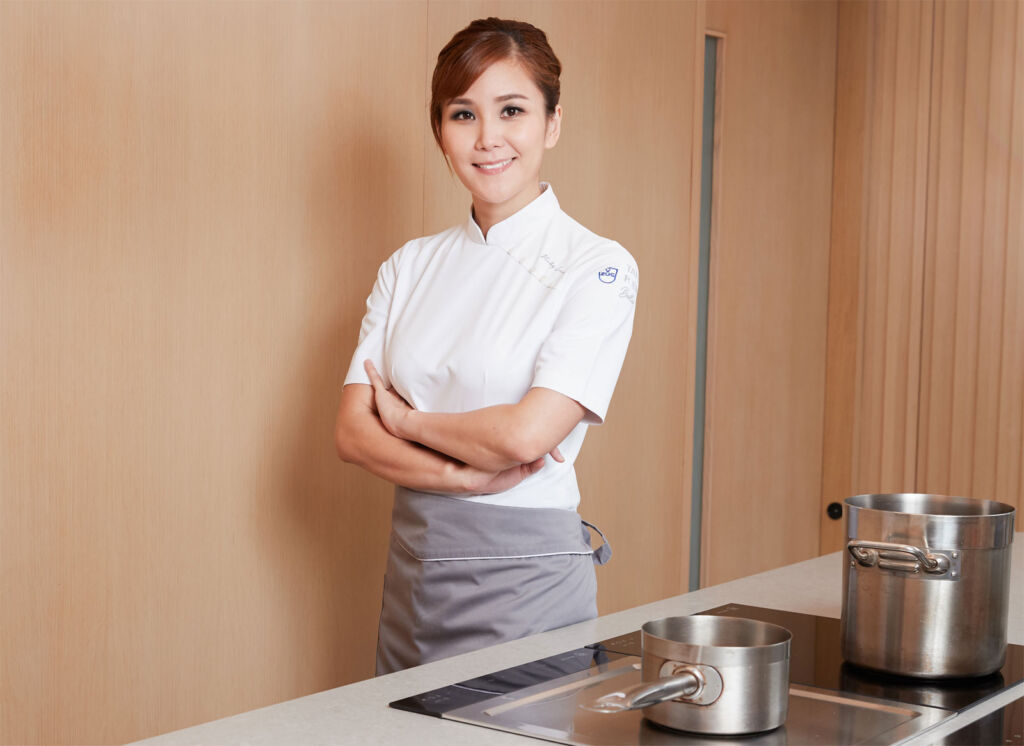 Chef-proprietor Vicky Lau is a woman who prefers to let her food do the talking. She is a woman of few words with an artistic background. Vicky likens a plate to a canvas, and on this, she follows her quest to discover and reimagine new textures and flavours to reach the goal of culinary perfection.

Vicky’s rise to culinary stardom has been rapid, and she’s already cemented a position as one of the leading figures in the industry. In 2015 she was voted Asia’s Best Female Chef by World’s 50 Best Restaurants. In addition to this, she has maintained 1 Michelin Star since opening in 2012, which became Two Michelin stars in 2021, while also being a member of the Relais & Châteaux properties and board member of Feeding Hong Kong.

MORA – Where and how?

Mora’s set menus will be served for lunch and dinner starting from 15th January 2022, and a full a la carte menu will be available starting from 1st March 2022, with dishes categorised by textures on the menu. You can get more information on Mora’s official at www.mora.com.hk.