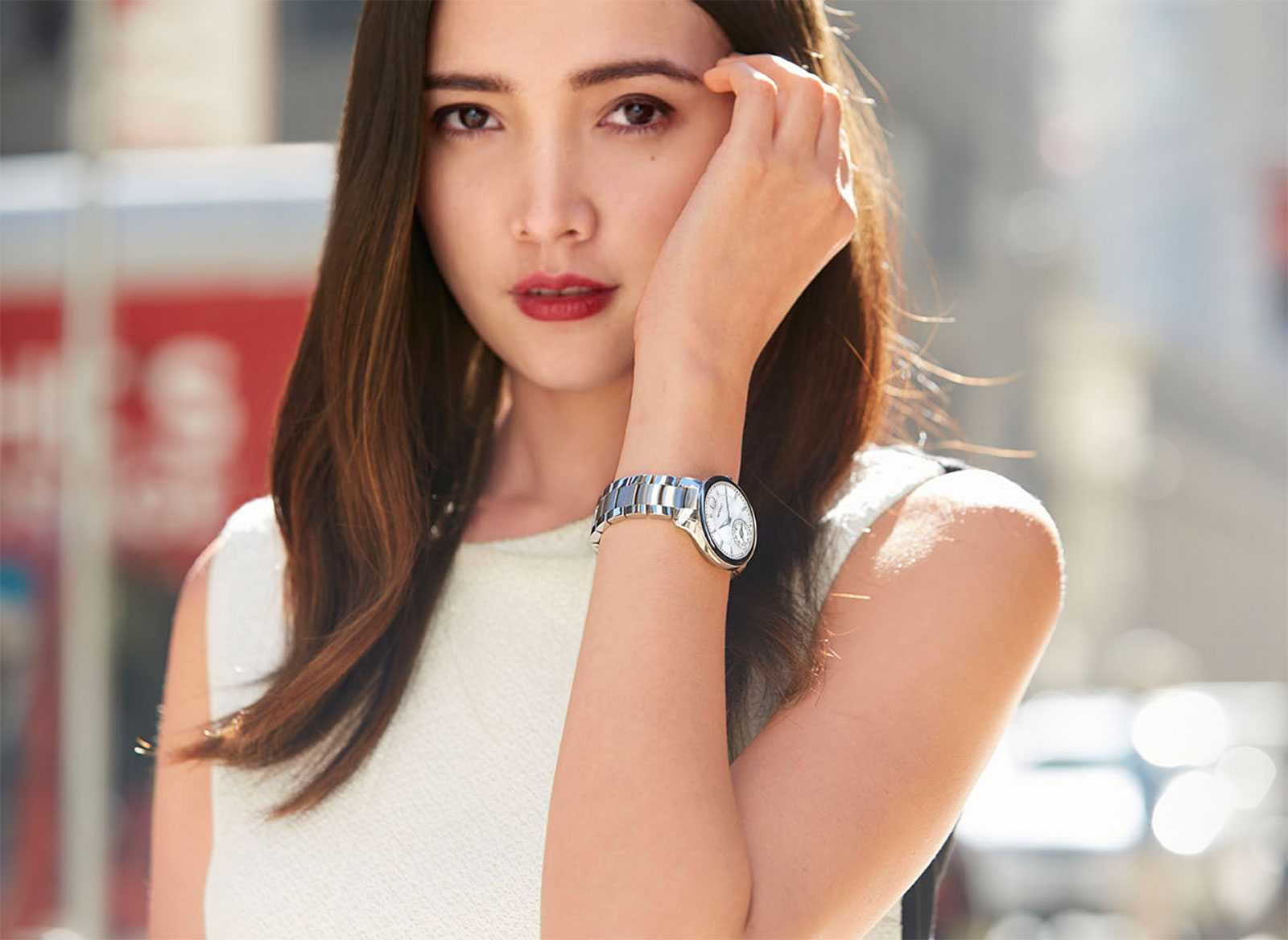 ‘Always in Motion’ is the proposition behind iconic Swiss watch brand Movado. A proposition that has never been truer with their recently launched Movado Bellina Motion smartwatch. 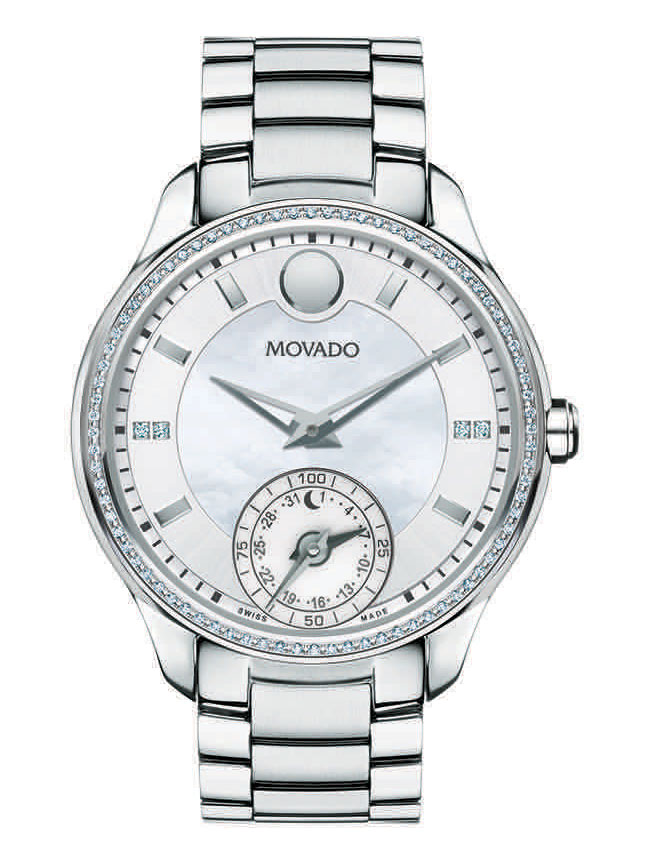 For a brand that is, as they say, always moving forward, this state-of-the-art smartwatch is doing just that. Movado has crafted a watch that not only oozes sophistication but also delivers daily fitness tracking to your smartphone. It’s a forward-thinking concept that comes as no surprise from a brand that centres itself around innovation.

So, after a week of wearing the iOS and Android-compatible Bellina Motion (and turning a few heads in the process) here’s what I thought…

Design and Comfort
There’s no denying the effortless elegance of the Bellina Motion. Where most smartwatches boast bulky wrist straps and large, futuristic-looking watch faces, the Bellina can be worn on just about any occasion. This smartwatch actually looks like a watch, and it’s one of very few on the market today.

The most deluxe model, at £1,395, is crafted from solid stainless steel and comes with no less than 80 fully set diamonds. All three models sport mother-of-pearl dials, with diamonds set at 3 and 9 o’clock.

Despite finding it marginally heavier than traditional fashion watches, the Bellina Motion is extremely comfortable and could be worn all day long. The added weight is a small price to pay for fitness tracking.

Unlike the Apple Watch or the Samsung Gear, this watch that will act as the perfect accessory to your outfit, whether that’s a business suit or an evening gown. 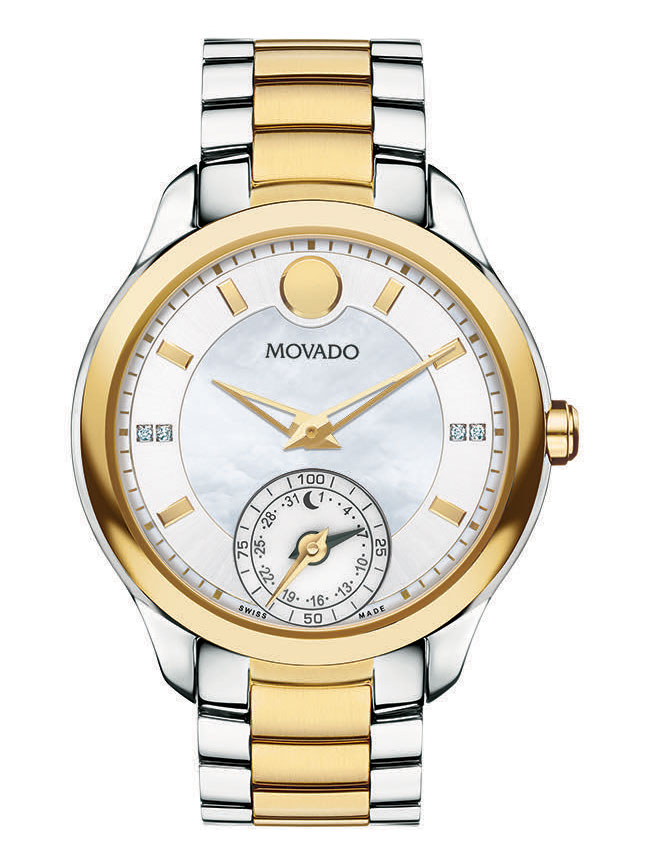 So, let’s talk about that smart subdial – what features does the Bellina Motion actually offer? Although there are some limitations with functionality (you can’t make calls or read texts from your wrist) when compared to most smartwatches, those wishing to keep on top of the basics and still maintain that luxury watch exterior, the Bellina Motion wins by miles.

The Bellina measures steps, sleep quality, carioles burned and can even tell you when to get active – all via personalised goals set by you. Most importantly, though, it looks damn good doing it.

At the end of each day, you can simply open the compatible app on your smartphone or tablet (MotionX-365, more on this later) and sync all of the day’s stats. In seconds you’ll have a full picture of your day along with progress towards your goals. For some, this could be the answer to a healthier, more active lifestyle.

App and Compatibility
The MotionX-365 app works with most major smartphones and tablets. It’s compatible with iOS 8 (or later) and Android 4.4.3 (or later). I used mine with the iPhone 6.

After just a few pressed buttons and swipes, my Bellina Motion watch was synced with my iPhone and ready to go. The app itself has a well-designed interface, which is quick and easy to use and clearly shows your progress on a coloured dial. 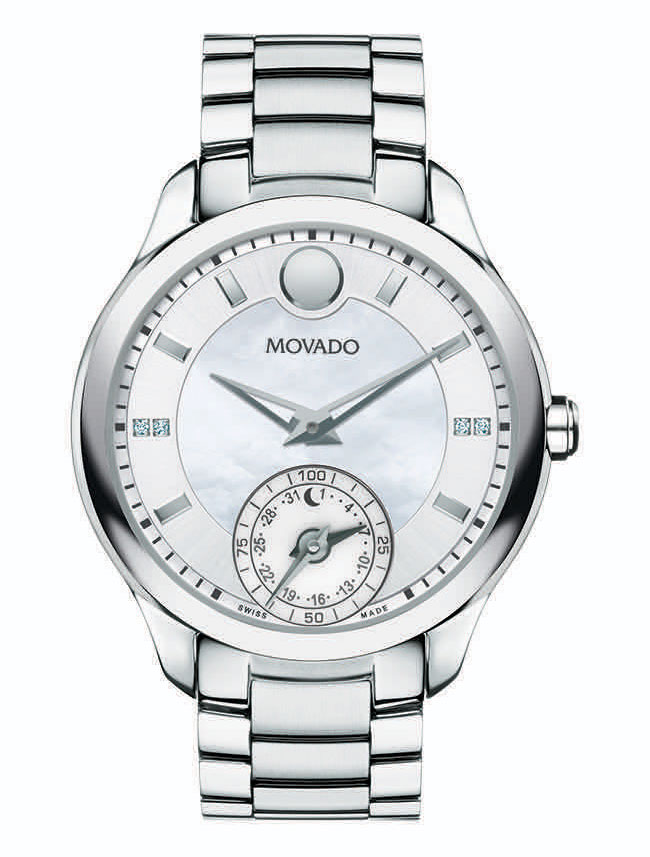 As well as day-to-day fitness tracking, the watch comes with a selection of extra features. Simply press the watch crown and you’ll start sleep mode, which will give you a picture of your sleep cycles and can also be used to record power naps. Plus, you can set sleep cycle alarms so your watch wakes you at the most optimum point. Goodbye groggy mornings!

You can also start timed activates while wearing the watch, such as a power walks or jogs, which all add up to your recorded calorie burn.

Battery Life
Unlike a lot of smartwatches, the Bellina Motion does not require charging via a cable. It runs from a simple watch battery which comes with an impressive two-year battery life. Movado claim, it never needs charging.

The Verdict
Smartwatches are changing our lives for the better and finally, there’s one for the fashion-conscious, celebrating all that is great about fine Swiss watchmaking.

It’s a saving grace for those who rely on activity tracking to help inform their fitness goals but don’t wish to have every call, email and social media notification pop up on their wrist.

With the lines blurring between fitness and fashion and health rapidly becoming the new wealth, Movado might just have created that fine fitness accessory we’ve all been waiting for.