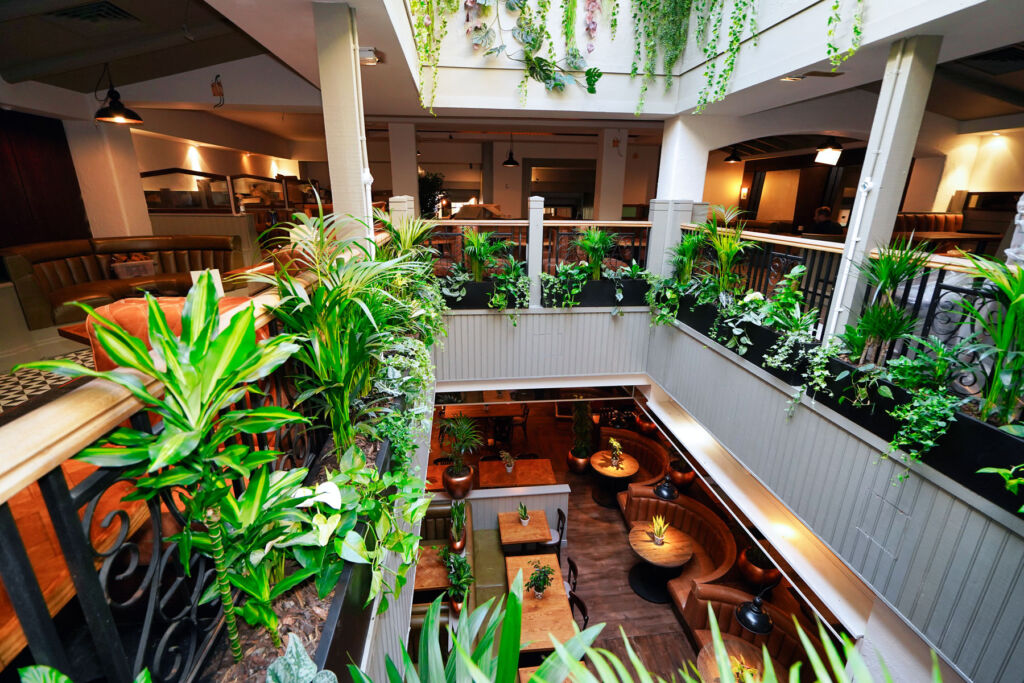 Located in Leicester Square’s tourist stomping ground, Mr White’s, launched by acclaimed chef Marco Pierre White, opened its doors earlier this year. And while most Londoners avoid the tourist hotspot of this part of London, they may want to have a rethink because the restaurant is trying to appeal to the masses. It has steak, pizza and pasta on the menu, which by and large appeals to most.

This vast four-storey building is slap bang in the middle of the mayhem, but inside you’ll find a little sanctuary. The décor is glamourous with its leather booths and metallic finishes surrounded by more greenery than a greenhouse. 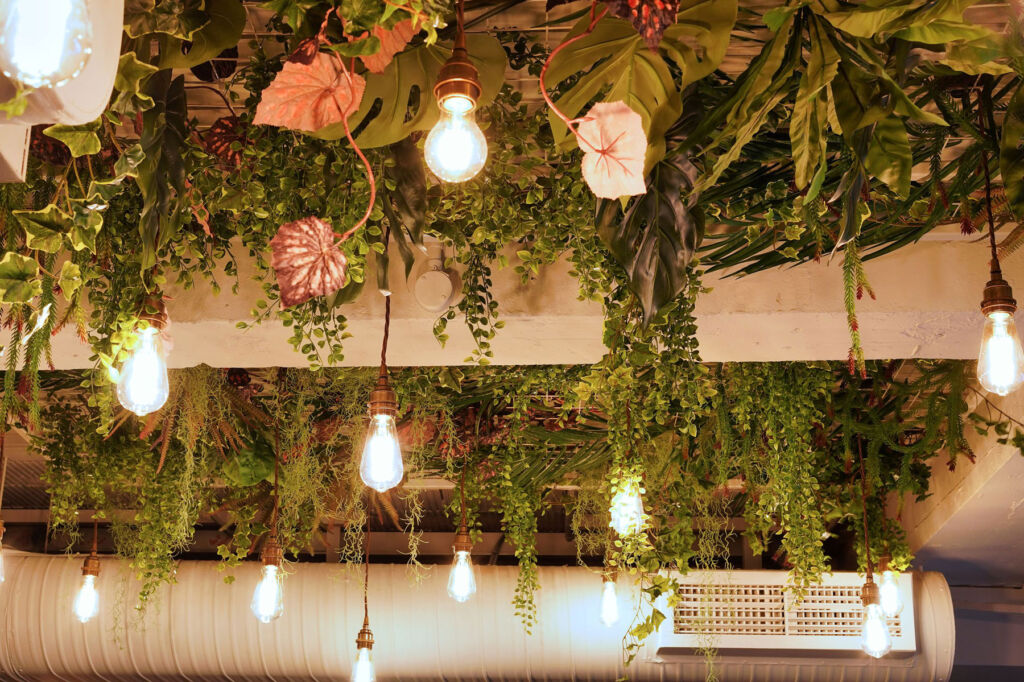 The tasteful look is completed with trailing foliage hanging from the ceiling above and wrapped around bannisters. But if you don’t mind the hustle and bustle, there’s an option to dine alfresco with a ground-floor terrace from which you can do a spot of people watching.

The menu at Mr White’s is British at heart, with plenty of meat options, including steaks, chops and grills. And if you’re partial to Italian food, you’ll find pizza and pasta firmly on the menu, too—a winning combination to cater for tourists from around the globe who find themselves in the area. Marco’s friends also feature and inspire the menu. This includes Koffmann chips & fries, Frankie Dettori’s favourite Margherita pizza and Alex James’s Blue Monday pizza. 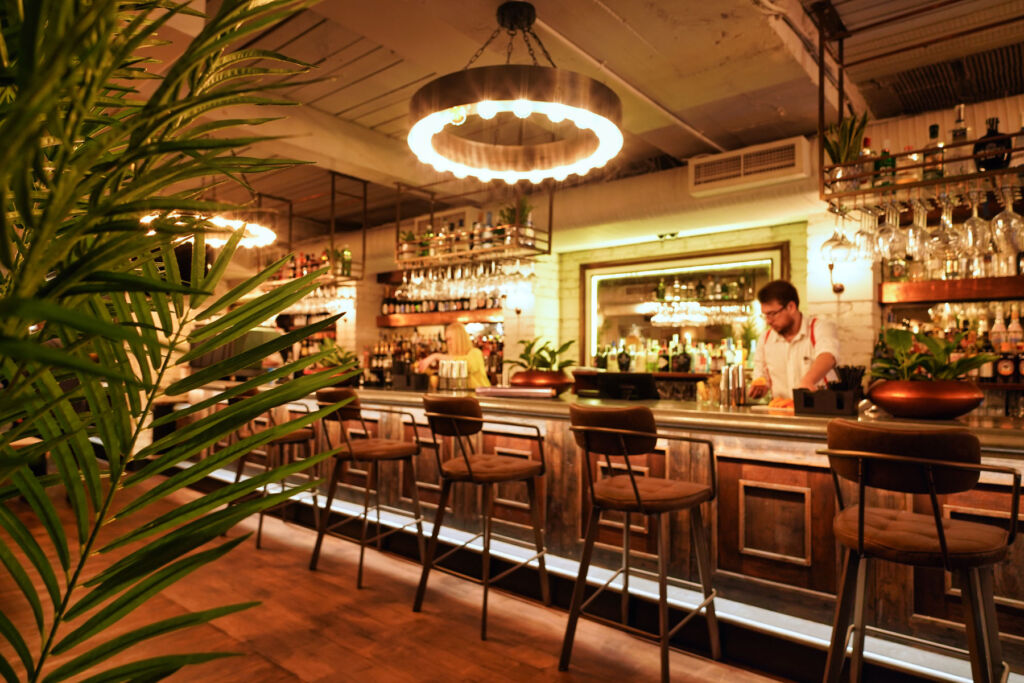 The acclaimed chef’s restaurant is also touting itself as a gin bar. A lure for lovers of the juniper-based spirit, the resident Gin Bar boasts an extensive gin list together punctuated with a selection of cocktails. Our amazing waitress Lara recommended Mr White’s Marttini as we perused the menu.

The concoction, she informed us, was made with Mr White’s very own London Dry Gin, which Marco Pierre White created. To use his words, ‘The recipe focuses on my mantra of keeping things simple but doing them well.’ The Gin Bar here makes for a good place to sip on a pre-theatre aperitif or post-dinner digestif. It’s equally a bar to visit the cinema, given its location next to the flagship site of the Odeon cinema chain. 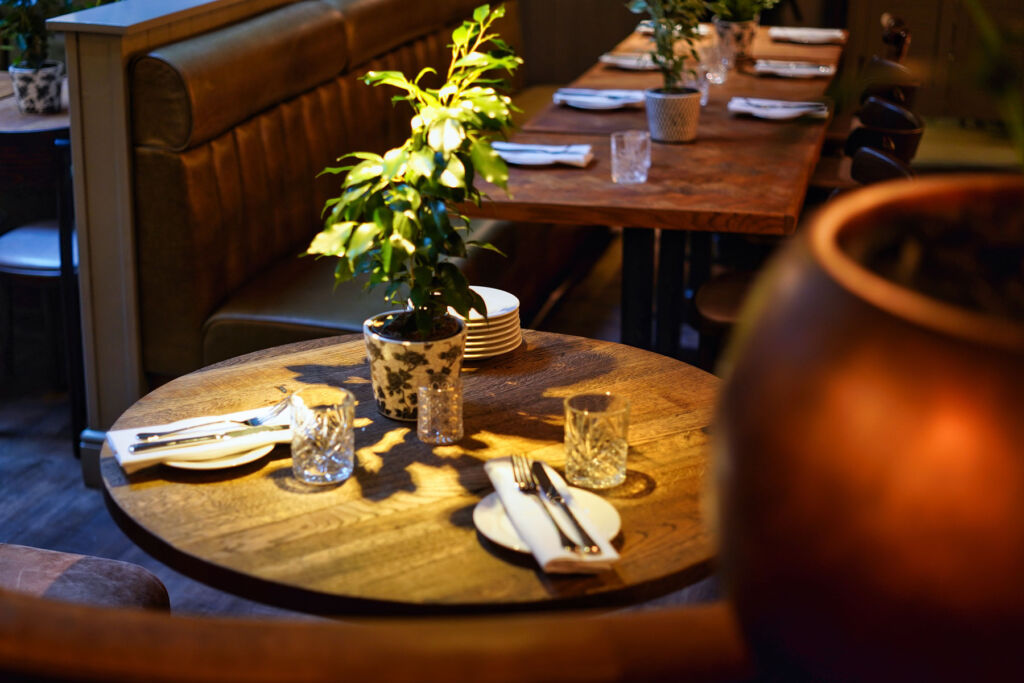 Feeling the need to have good British wholesome food during my Sunday visit, I kickstarted the lunch with an avocado and feta cheese salad, followed by salmon accompanied by chips.

The salmon was cooked just right, while the chips were a bit on the salty side. I wish I had ordered a side of vegetables instead. Influenced by the Italian side of the menu, my guest Debi went for a beetroot salad followed by lasagne. The portion size was perfect, and a clean plate signalled that Debi was a happy diner.

Neither of us had room for pudding, but upon Lara’s insistence, we did agree to taste the sticky toffee pudding and the chocolate brownie. The latter is baked on the premises and had the right consistency I expect from a brownie – gooey and rich. The sticky pudding was just as moreish and would have been entirely devoured had we not been full from the starters and mains. 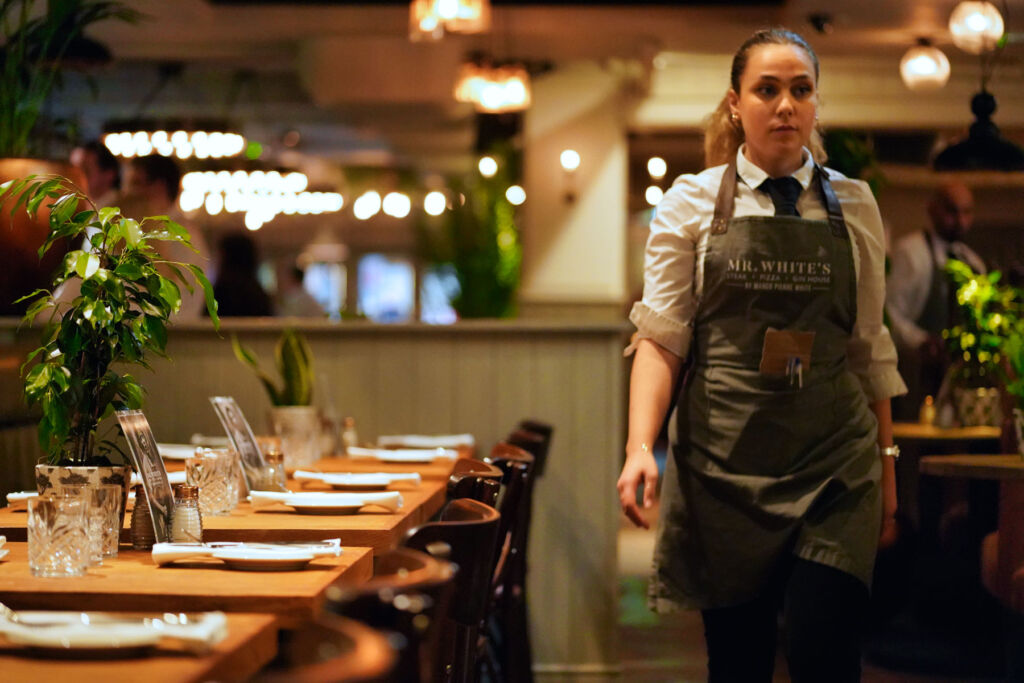 Mr White’s is still in its infancy as restaurants go, but it’s not at all a bad spot for easy and affordable dining (pizza and pasta main dishes hover around £15, while steaks start at just over £20). The simple food is cooked with a little more finesse than you would find at other jaunts in the area, while the exclusive balcony overlooking the square is a great spot from where to catch a glimpse of celebrities.

Staff were only eager to roll off their tongues the number of celebs they had seen from the comfort of the balcony since its opening. But on those non-red-carpet nights, entertainment is guaranteed from the first floor of the restaurant with its Friday night live music. You’ll feel like a mini celeb yourself.

Mr White’s – Where and How?

Mr White’s can be found on 2-/21 Leicester Square London, WC2H 7LE. For more information or to make a reservation, visit www.mpwrestaurants.co.uk.

Read more restaurant reviews and news in our dining section. 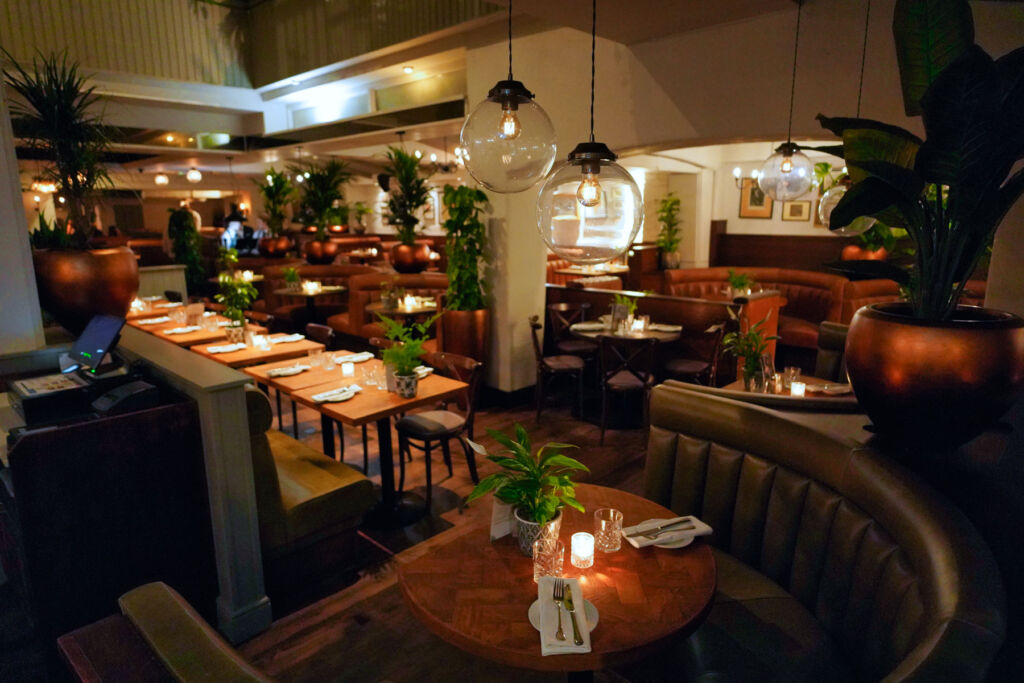 Berries: Could these Powerful Little Fruits Prevent and Manage Illness in Kids?