For those wishing to explore Mykonos Town, overlooking the emblematic Alefkandra windmills (on the very site that the brand’s founder elected for his first hotel) stands the Myconian Kyma Hotel, Myconian Naia Hotel and Myconian Korali Hotel.

Founders – husband and wife duo George and Elefteria Daktylides – recognised an increase in tourism and seized the opportunity to build the first private hotel in Mykonos in 1979. Following in the family footsteps, their four sons, Panos, Marcos, Vangelis and Marios, now manage the Myconian Collection.

Their passion has echoed that of their parents, as they dedicated ten months of refurbishment to the three hotels in this part of the island to bring all of them from three and a half star to five-star status.

And from any one of these sanctuaries, exploring Mykonos Town is a real joy. With its labyrinth of streets, which, are mostly closed off to traffic, numerous cafes, chic boutiques, souvenir and fine jewellery shops, tourists and locals alike can while away hours.

The famous whitewashed windmills – a trademark of the island – stand on the hill overlooking the entire city offering awe-inspiring views. And when the sun goes down, the capital’s narrow streets fill with crowds ready to party and dance the night away. The buzz both during the day and night is seriously electric.

Just five minutes from the charming town, and you will find Myconian Ambassador Hotel. Opened in 1986, it was the island’s first five-star hotel. From the classic Grecian architecture of white and blue to its understated elegance and contemporary design, this space encapsulates a serene hideaway. 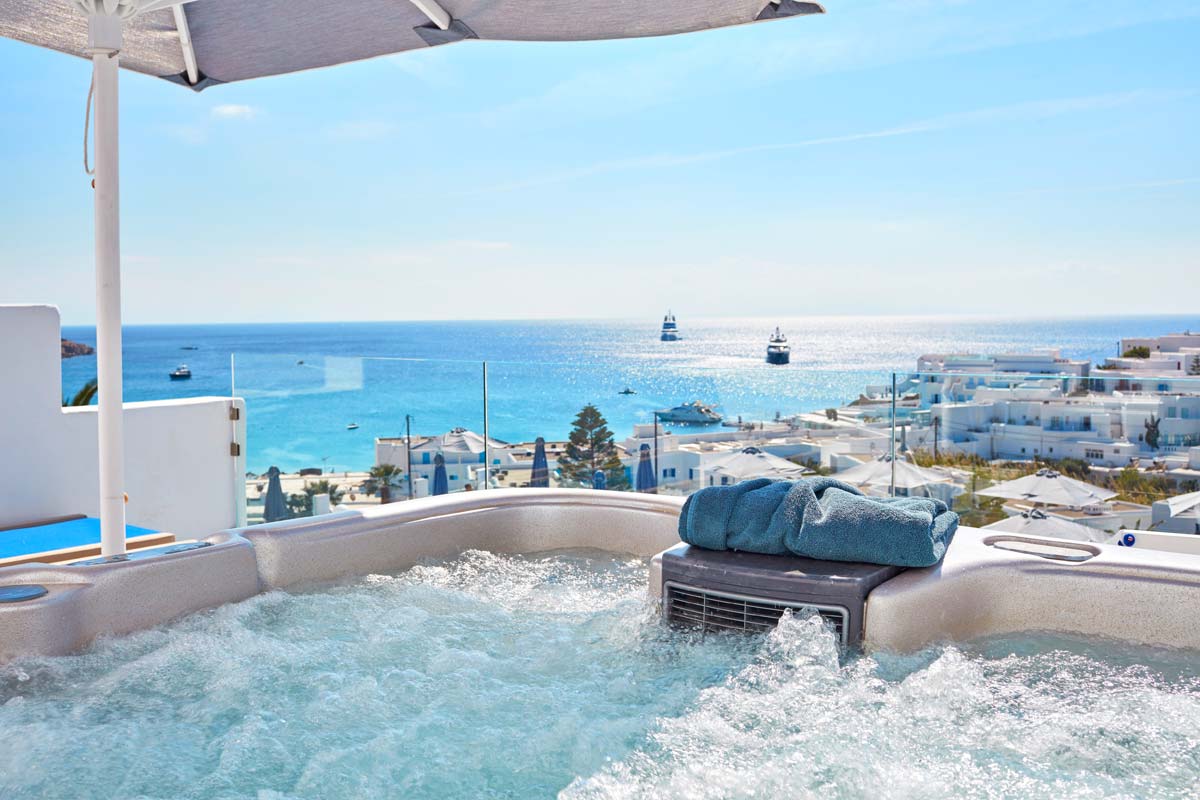 Again, views of the Aegean Sea can be seen from almost every vantage point. And to top off its credentials, the Efisia fine dining restaurant is known as one of the top tables on the island.

It’s not surprising to learn the family have ties to local farmers- some going back three decades – who grow vegetables and herbs exclusively for their restaurants. Even the salt is the finest ‘fleur de sel’ harvested around the island of Delos. And one of their signature dishes, the octopus, is delivered by an old friend of MD George, who only fishes for himself and the onsite chef. 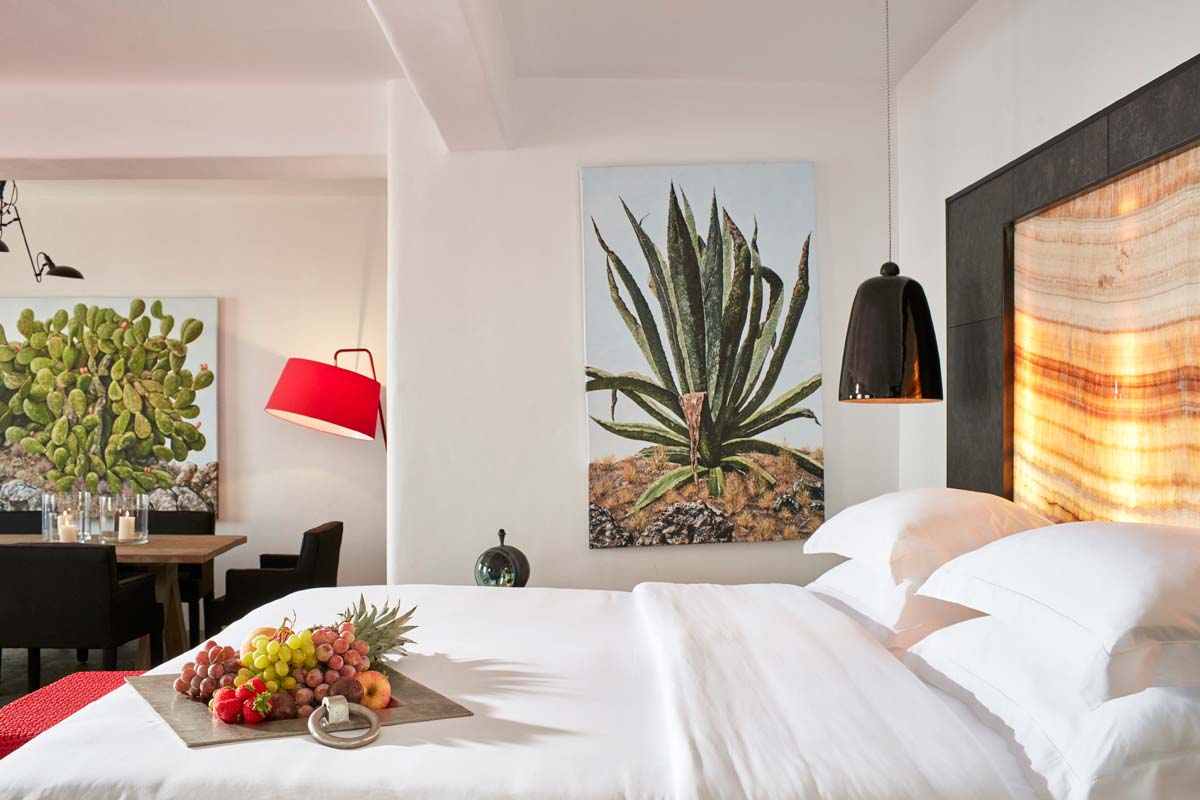 The Myconian Collection has to be one of the most beautiful collections of hotels I have seen. Each one different from the other, and offer so much to see and do. I’m sure if I returned several times I would discover something new. My only regret may be that I can’t be everywhere at once.

Myconian – Where and How?

Myconian Collection – Member of the Leading Hotels of the World, Elia Beach, offers rooms from €228/£204 per room per night (www.myconianimperial.gr).