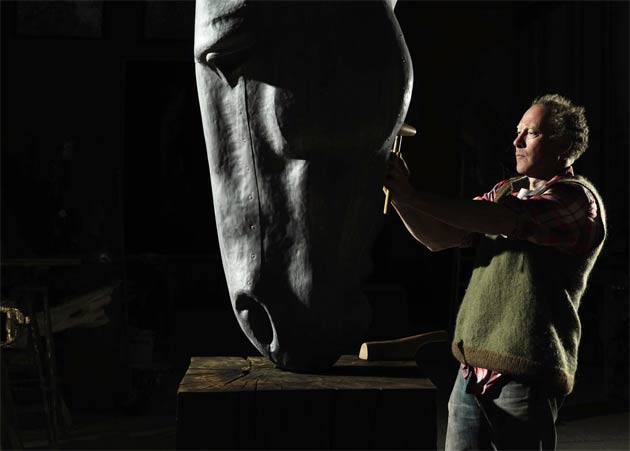 Mesmerising sculptures, standing beautiful and proud are Nic Fiddian-Green’s forte and with his new work he is set to capture the public’s attention again this summer.

A 15ft ‘Trojan Head’ in Copper will be on display in London as part of his exhibition in June and July and his miniature bronze ‘Still Water’ will add a touch of panache to Aston Martin’s centenary celebrations. Flecked in gold leaf, it will be in keeping with the James Bond theme for this milestone anniversary.

Nic Fiddian-Green, one of the UK’s most exciting and innovative sculptors is well known for his monumental works such as his colossal 35 ft ‘Still Water’, the head of a horse at Marble Arch in London. It was while Nic was a student studying sculpture that he saw the 5th century BC Horse of Selene, from the Parthenon at the British Museum and this sparked his lifelong obsession with sculpting the horse’s head. His works all capture the spirit, beauty and majesty of the horse with compelling power and fascination. His work is in demand by collectors and galleries alike and he exhibits around the world in public places, such as at Royal Ascot, Goodwood, Philidelphia and Deauville racecourses as well as in the grounds of many grand English houses. Celebrities who are drawn to his work include JK Rowling, Tom Cruise and Russell Crowe. 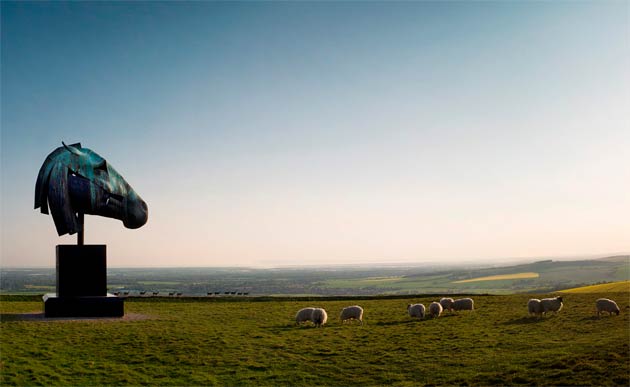 The Nic Fiddian-Green summer exhibition opens on 5 June and runs until 27 July:

The Trojan Head will be on display at The Economist Plaza, St James’s Street, SW1 from 31 May and in the Royal Enclosure for Royal Ascot Week; new carvings in marble of horses’ heads will be at Sladmore Contemporary, 32 Bruton Place, London W1.

Two sculptures, ‘Still Water’ the miniature study in bronze and ‘Still Water II’, a 3ft bronze study for the monumental piece at Marble Arch, will be on display at Stratstone of Mayfair Aston Martin on Park Lane from 10 – 15 June 2013. 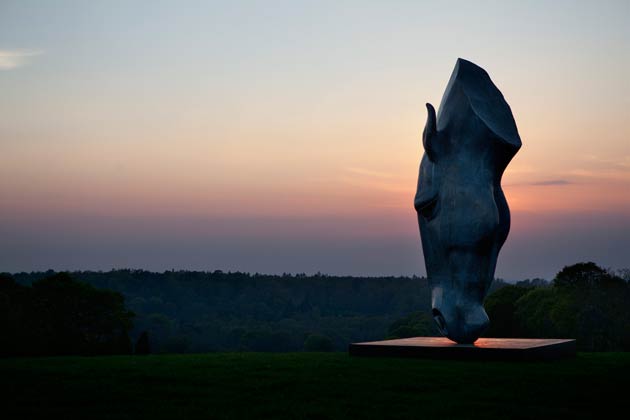