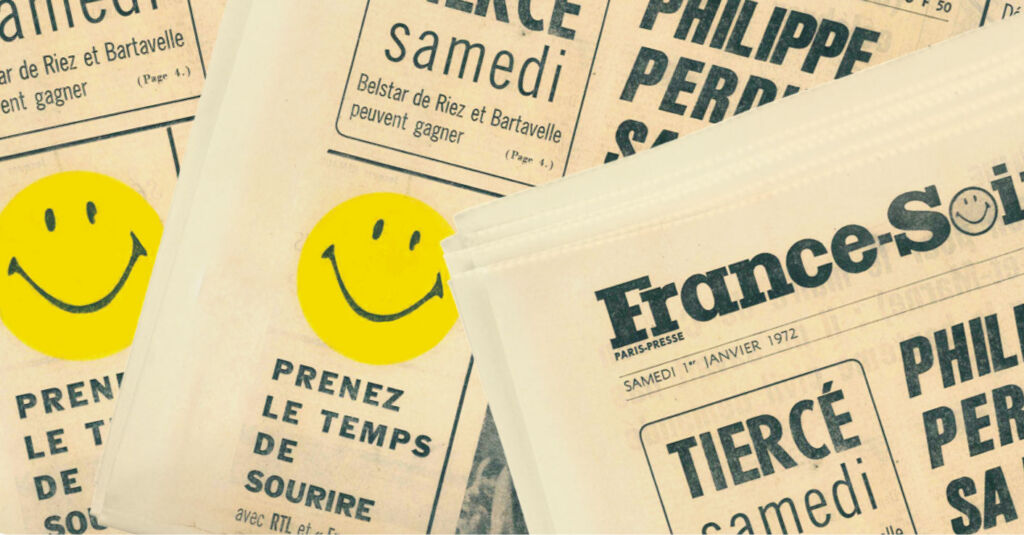 This year The Smiley Company is celebrating its 50th anniversary with a global campaign returning to its original message from 1972 of Take The Time to Smile. Nicolas Loufrani, The Smiley Company’s creative mastermind, spoke with Sabi Phagura about reaching this milestone and more.

Luxurious Magazine: Tell us about The Smiley Company.
Nicolas Loufrani: Smiley was created in 1972 by my father, Franklin Loufrani (below with Nicolas), a journalist for the French national newspaper France-Soir. He wanted to spread good news and positivity in the newspaper and launched a feel-good news campaign.

This little logo highlighted all the positive news, reminding people to take the time to smile. With this huge marketing campaign, many brands and manufacturers wanted to use Smiley for products and marketing campaigns, and this was the foundation of the brand we’ve been building for five decades. Our brand ethos of Defiant Optimism has and will continue to be at the heart of what we do. 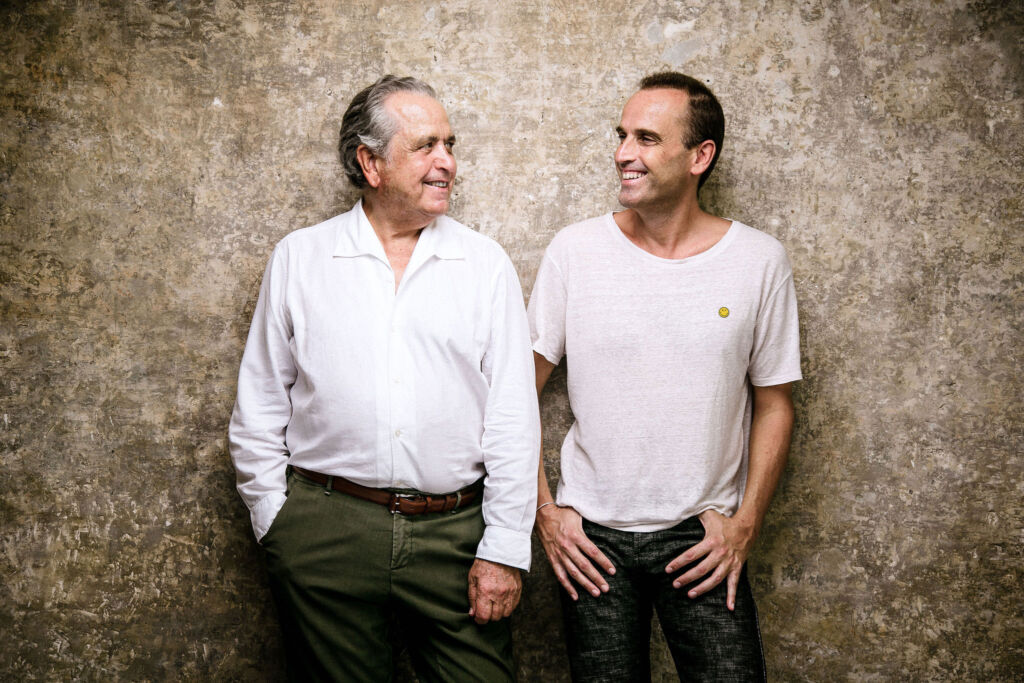 LM: Your career began in high fashion. Talk us through that and the transition into Smiley.
Nicolas: I launched the Saville Row tailor Ozwald Boateng onto the global menswear stage. While working with Boateng, I managed to transform from a market trader on Portobello Road to become an internationally renowned Saville Row tailor, with catwalks worldwide and a cult celebrity following.

In 1996, my father persuaded me to join Smiley and help revolutionise it from a traditional ‘nuts and bolts’ consumer licensing model. It wasn’t easy moving away from luxury goods, but I knew I could use my knowledge of trends, cutting-edge design and the fast-evolving world of technology to revolutionise Smiley. 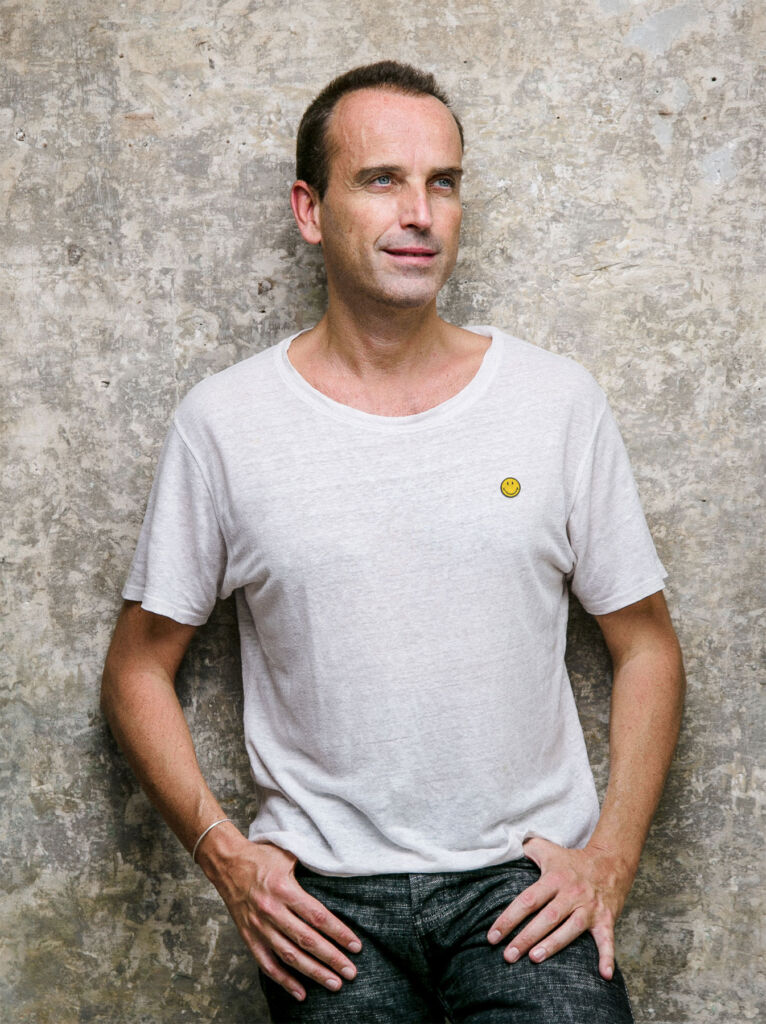 When I relaunched Smiley around 1997, it was a dead IP; even I found it uncool, not in the zeitgeist and without a personal problem with the partner in my other business, I would never have accepted my father’s offer to work with on it. It was the start of the internet era, and anything related to the web was modern, young and cool. And by creating the first graphic emoticons, I modernised Smiley and put it back into pop culture.

LM: How did you come up with the idea to push Smiley towards catwalk collaborations with some of the world’s leading fashion designers?
Nicolas: I focused on creating global awareness of Smiley as a brand in its own right by moving away from an over-licensed image and into a strategically driven fashion lifestyle brand. Coexisting across all market segments and as comfortable in an independent speciality boutique as it is in a mass-market chain.

As part of this vision, I decided that it was imperative to push Smiley towards catwalk collaborations with some of the world’s leading fashion designers to ensure it was always in the eyes of the fashion journalists and industry tastemakers. This unique concept has seen Smiley collaborate with some of the world’s most prestigious fashion houses in recent years; it has worked!

LM: Can you name some of the fashion brands that have collaborated with Smiley?
Nicolas: There have been so many great fashion brands we have had the pleasure to work with; some that come to mind are Moschino, Loewe, Louis Vuitton, Fendi, Moncler, Karl Lagerfeld, Raf Simons, and Armani. We have also worked with many sports lifestyle brands, including Adidas and Puma. 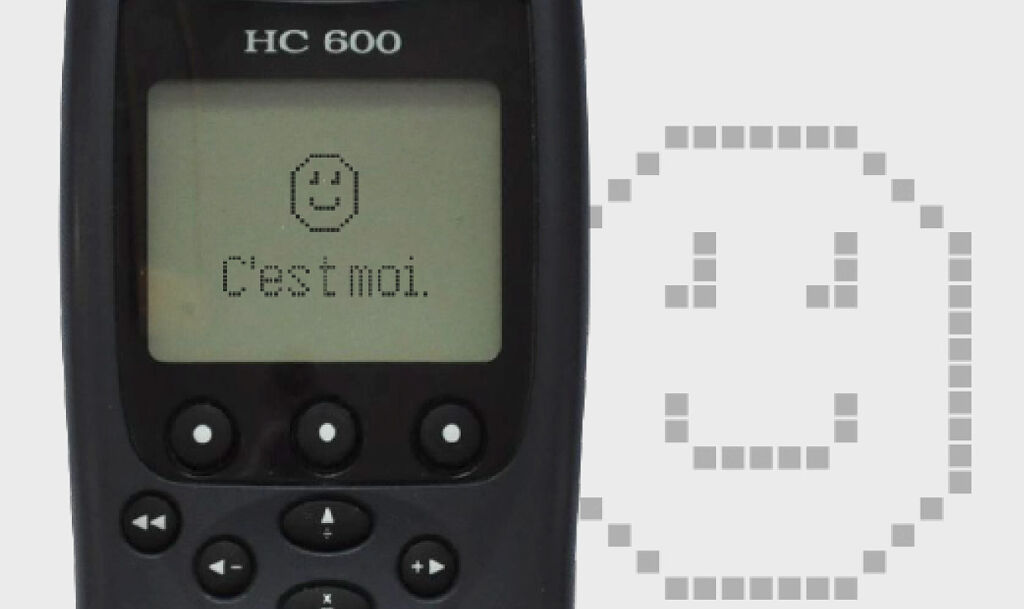 LM: How has new-age tech communications helped in expanding the brand?
Nicolas: When I joined in 1997, I registered the brand name, Smiley, as only the logo was registered so far, and developed the first graphic emoticons; the smileys you see on text messages, and that is now used every day by everyone. A massive revival again sparked interest from many business partners and helped us rebuild the business. 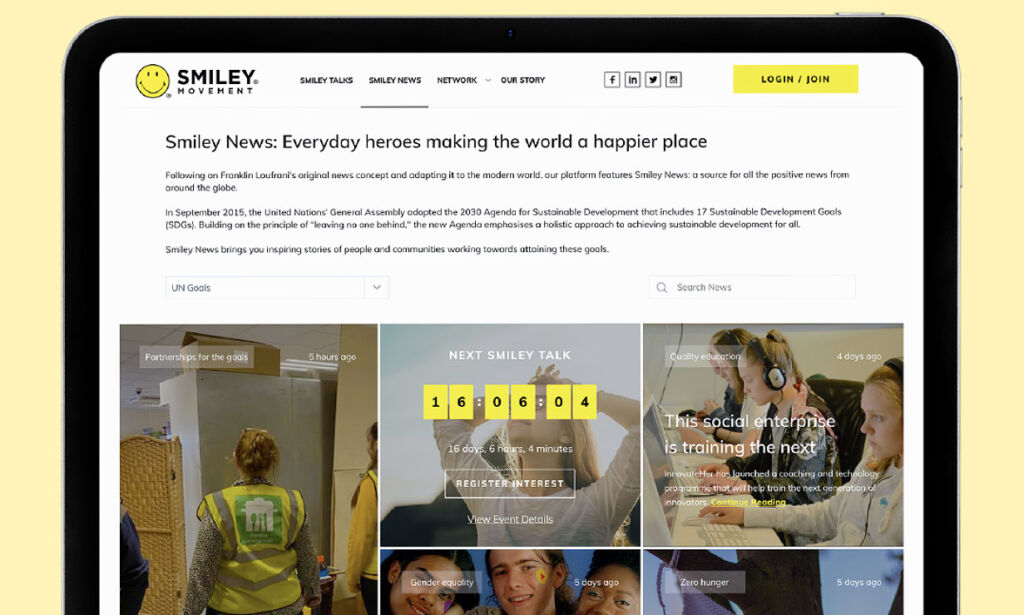 LM: Let’s talk about Smiley’s goal to make the world happier, kinder and more conscious. What is the Smiley Movement?
Nicolas: Smiley Movement is our non-profit that I created when I realised there was ever-growing interest from the public to give back and support charitable causes, but there was an issue identifying and connecting to Charities.

Our non-profit was born in 2018 to address this need by providing the technology and ecosystems that empower communities worldwide to act on issues important to them.

The Smiley Movement aims to inspire positive change in society by creating a happier, more equal and sustainable world where everyone works hand-in-hand to address urgent societal and environmental issues. It provides a cross-media platform of news, videos, events and awards that connect the non-profit sector to the broader public to enlighten minds and empower people to take positive action.

Inspired by my father’s original concept of positive journalism, through Smiley News, we focus on the positive changemakers, the people who inspire us with their great work in the charity sector and who show us there is positive happening every day in our communities. 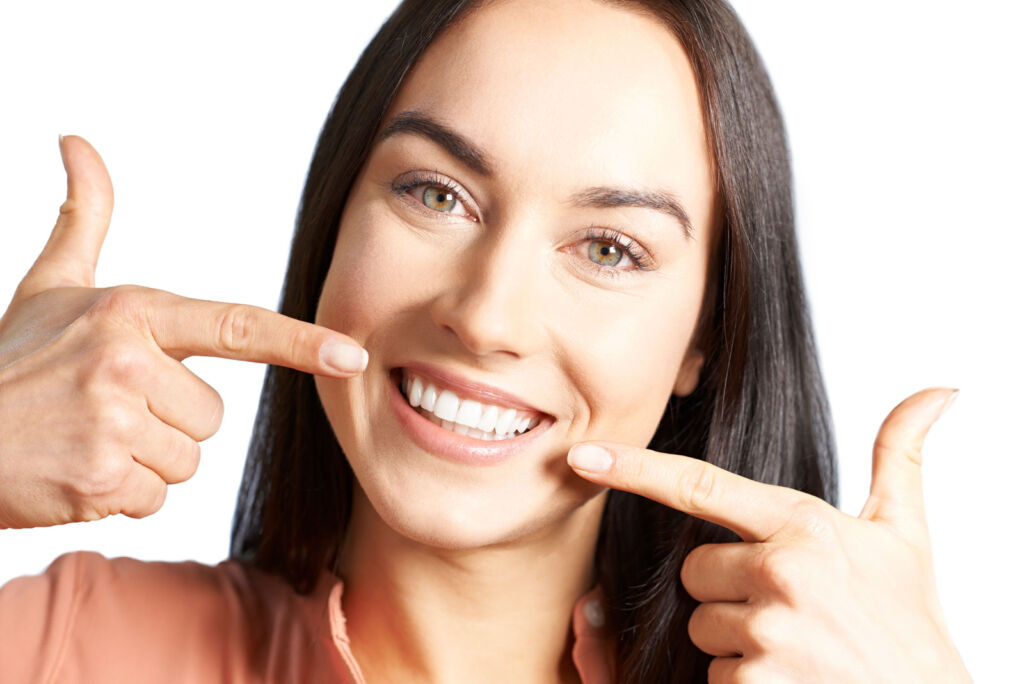 I think relaunching our original message, “Take the time to smile”, is very important in the world right now as we need people to be confident that we will see the light at the end of the tunnel, humanity always progresses and wins, and while the situation is extremely tough, we have to continue smiling to our families, friends, co-workers and society at large to remain humans.

Smiley Movement also runs the annual Charity Film Awards, the leading cause-related film celebration in the world. The awards – that have been recognised by IMDb and the British Film Institute enable audiences to do good by voting for their favourite charity films and sharing them to reach a wider audience.

LM: The Smiley Company is celebrating its 50th anniversary this year. What are you doing to mark the occasion?
Nicolas: Our 50th anniversary is a milestone for us, and we have a yearlong campaign of activations and very special brand collaborations. We have spent the past two years working on an amazing anniversary campaign on a scale no other IP has ever reached, and that is the result of our creativity and network.

We will open more than 90 pop-up shops with the world’s leading department stores, where we feature brand collaborations from 65 major designs and brands, with unique collector products based on the works of art created by André Saraiva. We launched major activations on World Happiness Day in the heart of big global cities, a street art manifesto for positivity globally, and are working with David Guetta to spread our message.

LM: We hear you currently have a pop-up store at Bicester Village. What is the purpose of this, and what can shoppers do to get involved?
Nicolas: The past couple of years have been challenging. There are very few better ways to navigate out of these times with this campaign that aims to reverse a global smile deficit, share positivity and fill the world with smiles in 2022. We are happy to be working with The Bicester Collection during our 50th anniversary. With our campaign coinciding with their DO GOOD charity efforts, more funds will be generated for those in need, spreading smiles across the globe!

Shoppers can join in by purchasing Smiley x DO GOOD products, helping to raise funds for those in need, giving back, and spreading smiles and positivity! There will be many smile-worthy moments and experiences through retail, music, food and drink.

The Incredible Allure of The Old Ferry Inn Bodinnick, Cornwall

Growing Your Own Apothecary with Charlotte Rasmussen