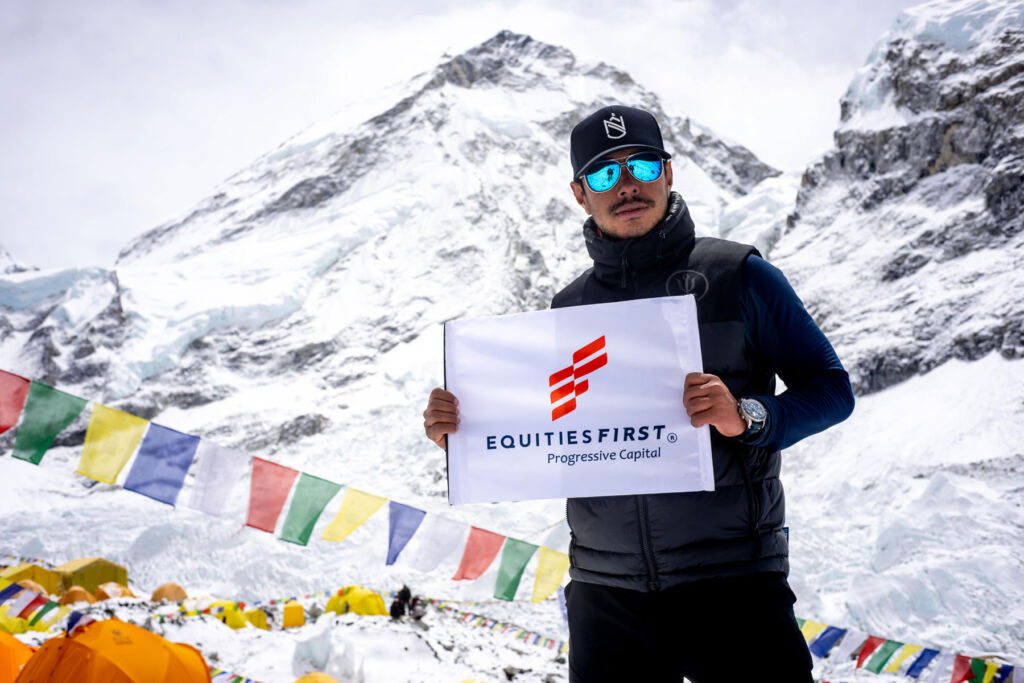 Real-life superhero Nimsdai Purja MBE, or ‘Nims’ as he’s known, and the global asset-based financing corporation EquitiesFirst have partnered up for an ascent of Everest scheduled for May 2022.

Nimsdai Purja is a far from an ordinary human being; in fact, in my opinion, he’s one of the closest things to a living superhero on the planet. Not content with his frankly astonishing “Nothing is Impossible” expedition in 2019, he’s back at it again.

For most people, joining a regiment such as the Gurkhas would be the pinnacle. For Nims, this wasn’t enough; after completing one of the hardest military selection processes in the world he then joined the Royal Navy Special Boat Service (the SBS) in 2009 and, by doing so, became the first Gurkha to achieve this.

As the son of a highly-decorated Royal Green Jacket who himself served by the side of Gurkhas worldwide and a friend of a former SBS instructor, I have massive respect for past and present Gurkha soldiers who I believe are the most formidable and hardest working soldiers on the planet. 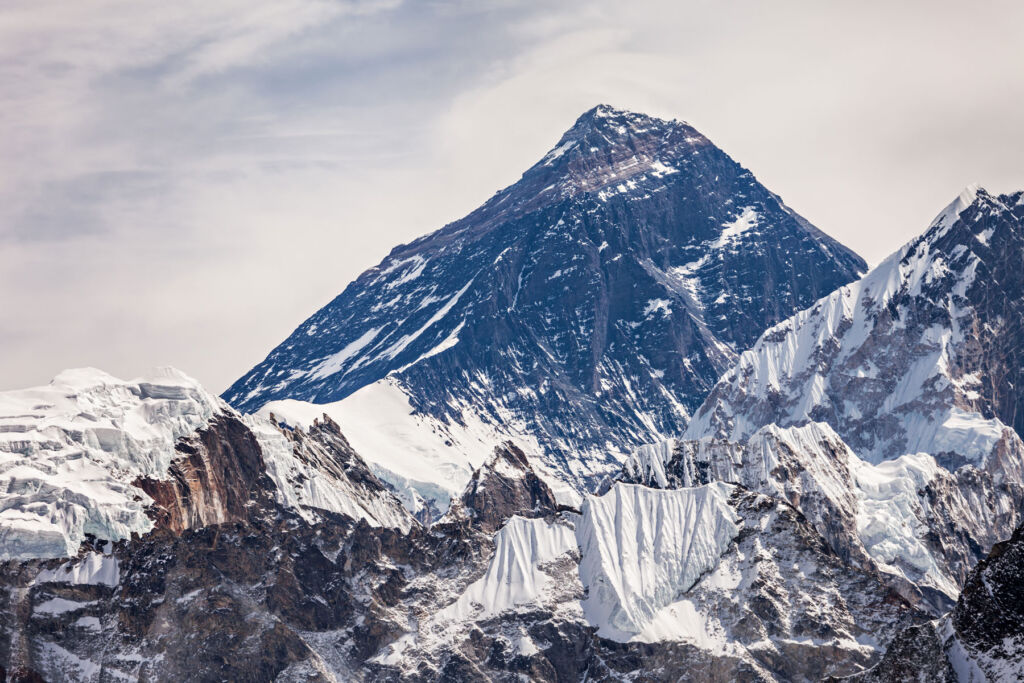 Regular viewers of the streaming channel Netflix will be familiar with Nims. His “14 Peaks: Nothing is Impossible” proved, as the title states, that nothing is impossible if you put your mind to it. Alongside his equally amazing team of climbers, he summited all 14 of the world’s highest peaks in only six months and six days. The expedition began with the team climbing Annapurna, Nepal, in April 2019 and ended at the summit of Shishapangma, China, in October 2019.

Mr Al Christy Jr, the founder of EquitiesFirst, said of the partnership, “We are delighted to partner with Nims, who has achieved legendary status in making the impossible possible. When the opportunity arose to be part of Nims’ 2022 Everest ascent and his next extraordinary journey, it was an immediate yes from all of us at EquitiesFirst. Nims’ perspective is that everything in life is possible aligns precisely with our own business philosophy with a determined approach and positive mindset.”

In May this year, Nims will once again don his crampons and oversized sunglasses to summit Everest, the world’s highest peak at 8,849 metres. This would be the #1 bucket list moment for most experienced mountain climbers. However, I have a sneaky feeling that for Nims, this is more a bit of mid-year fun and an opportunity to brush off some cobwebs! 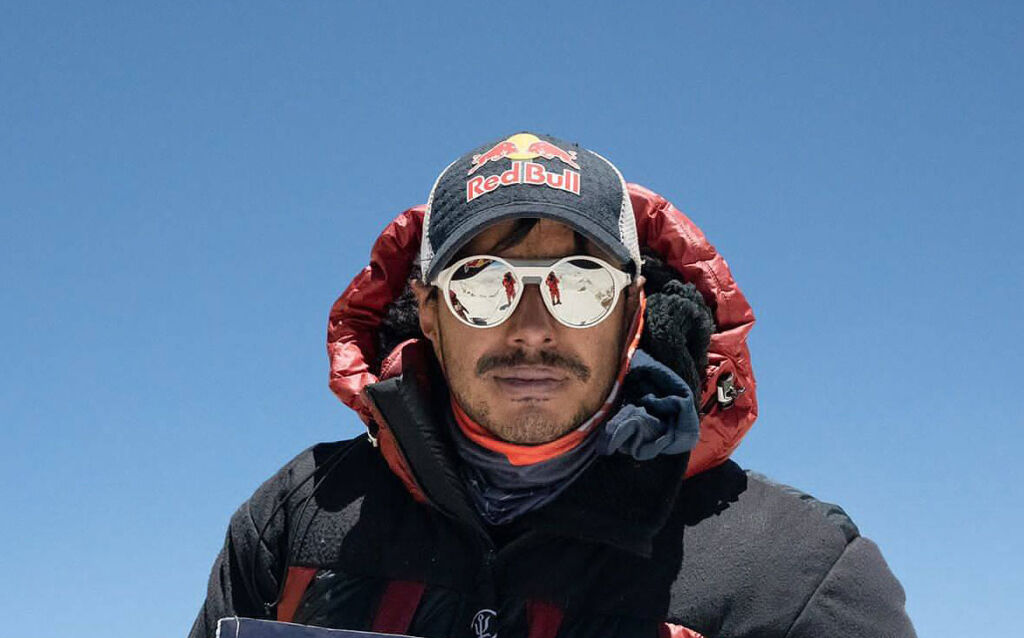 Nims said, “My mountaineering mission began in December 2012 when I set out on a trek to Everest Base Camp. This experience fired my passion and ambition for the mountains. I’d like to say a big thank you and welcome Al Christy and the EquitiesFirst global team as our partner for this Everest climb – together, we are making this ‘mission possible'”.

The former Gurkha’s mountaineering exploits set him apart from others. Nims accending the world’s 14 highest peaks doesn’t make him unique. In fact, there have been forty-four climbers who have also climbed the world’s 14 highest peaks consecutively. The thing that makes Nim’s exploits so incredible is that the previous record for summitting the fourteen peaks was Seven years, ten months and six days. Nims and his team did the same in only six months and six days and, in doing so, set six world records in the process.

On completing the epic Nothing is Impossible challenge, Nims said, “It was a victory for everyone. For everyone who has a dream. For everyone who wants to go above and beyond. I wanted our 14 Peaks Challenge to inspire people with a love for the Big Mountains. More than that, I want everyone to know that if you set your mind to something, you can achieve it – no matter who you are or where you are from.”

Nims and his team’s achievements thoroughly rewrote the climbing records books, and following the team’s incredible achievement, he redefined his climbing mission as “Project Possible” as many sceptics believed his 14 Peaks challenge was impossible.

About EquitiesFirst
EquitiesFirst is headquartered in Indianapolis in the USA. The company operates twelve offices worldwide that include countries such as China, Singapore, the United Kingdom, South Korea and Australia. The company was founded in 2002 by Al Christy Jr, who is also its CEO. EquitiesFirst has an interesting story; it was born through helping a third-generation family-owned farm in Michigan. Al helped to provide the funding the family needed to secure their business and legacy, and since then, it has gone on to raise more than US$3 billion for clients around the world.