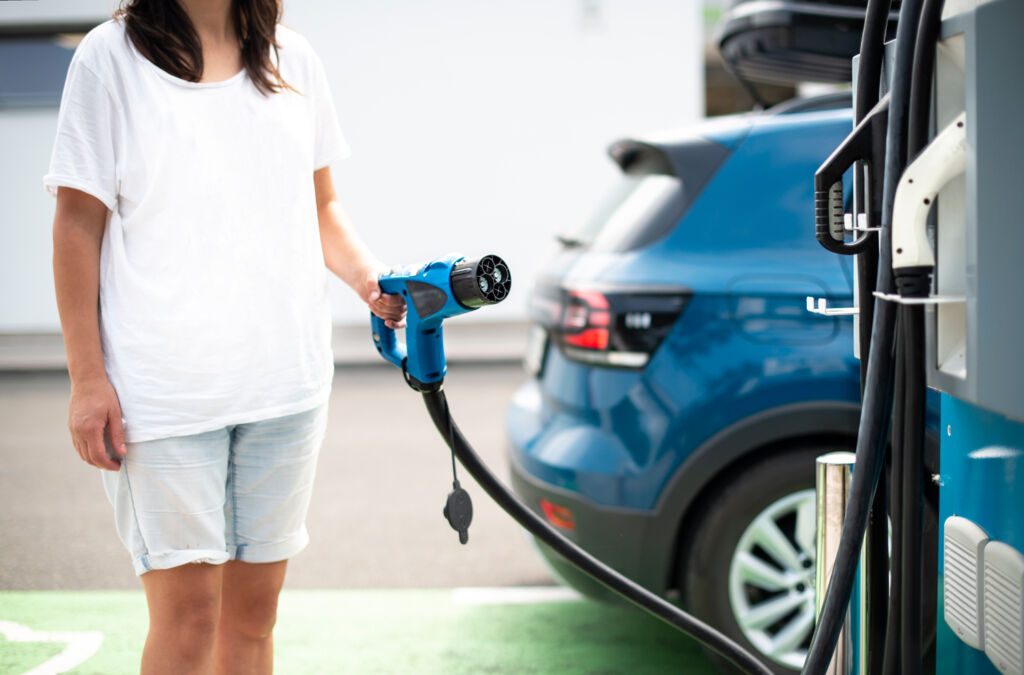 The North West is seeing the fastest growth in electric car ownership of any region in the UK, according to DVLA car registrations data analysed by car leasing comparison website LeaseLoco.

A Freedom of Information (FOI) submission was made by LeaseLoco to the Driver and Vehicle Licensing Agency (DVLA) in June 2021, requesting the most up-to-date figures on BEVs (Battery Electric Vehicles) registered in the UK*.

EV registrations have almost doubled in Scotland (97%) since the start of 2020, while registrations in London are up by more than two thirds (69%).

The West Midlands is languishing at the bottom of the EV table, with the slowest growth in registrations; EV registrations are up just 45% since the start of 2020, suggesting car owners are showing resistance to before switching to electric.

UK regions ranked in order of fastest growth in BEV registrations, 2021 vs 2020 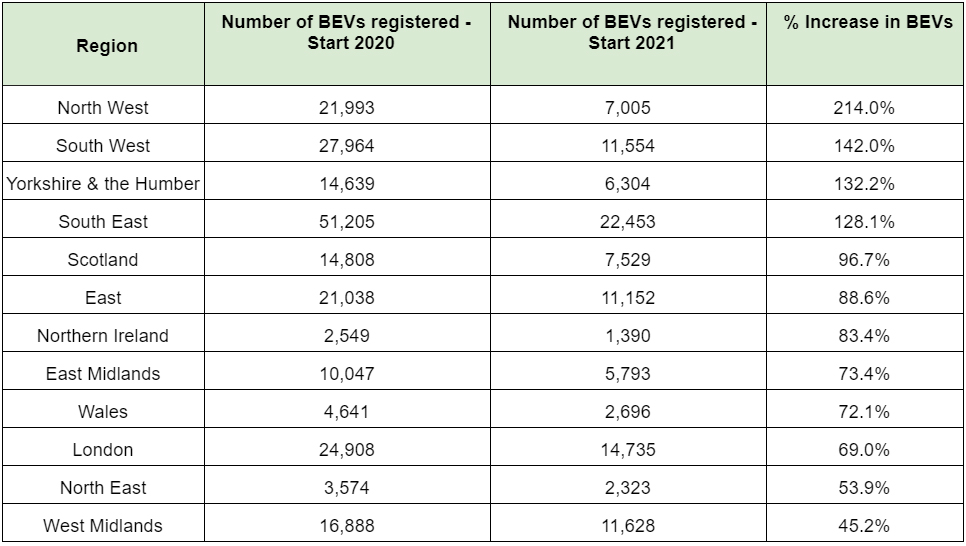 “The Government will start feeling the pressure if EV registrations don’t show signs of accelerating and momentum is lost on its journey to “Road to Zero” emissions.

“The demand is definitely there – we have seen electric car enquiries on our site almost triple this year, and we have hundreds of thousands of EV deals available to consumers.

“But EV registrations still make up a very small percentage of the total number of new car sales. While they are cheap to run and most owners are keen to drive less-polluting cars, too many people who rely on their vehicles for work and leisure are holding off making the switch while there are question marks around the charging infrastructure and the initial cost of an electric vehicle.

“The Government needs to take advantage of the growing popularity of zero-emissions motoring, but the worry is that without more focus, investment and education, demand will not translate into sales and momentum will be lost.

“With the sale of new diesel and petrol cars banned from 2030, the next two to three years will be critical in ensuring that the switch to greener motoring stays on track.”

*LeaseLoco analysed data on BEV (Battery Electric Vehicle) registrations by region, obtained in June 2021 through a Freedom of Information request to the DVLA. The data compares the number of BEVs registered in Q4 2020 vs Q4 2019.