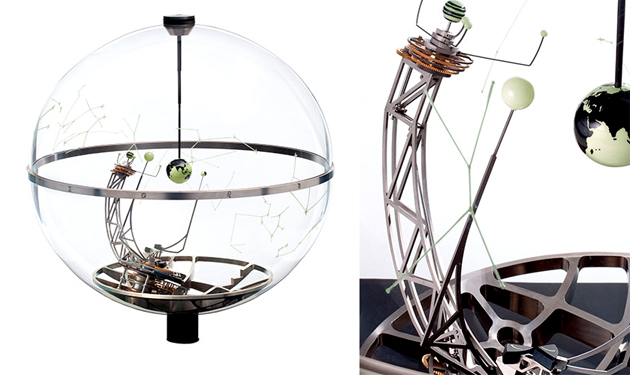 The new section of the Museo Galileo opens in Florence – Officine Panerai donates the first Jupiterium for display.

The Museo Galileo in Florence, in partnership with Officine Panerai, is inaugurating a new permanent area dedicated to “Galileo and the measurement of time” – an interactive space consisting of three rooms, illustrating the fundamental role of Galileo’s discoveries in the development of timekeeping systems. Mechanical models, exhibits operated directly by the user and interactive touch screens illustrate the innovative intuitions and solutions through which Galileo introduced revolutionary new ideas in the architecture of the universe and the science of motion. His ideas also led to the creation of ingenious devices for transforming the primitive, mechanical clocks in use at the time into reliable instruments. Thanks to these innovative solutions, Galileo hoped to solve at last the crucial problem of determining longitude at sea. 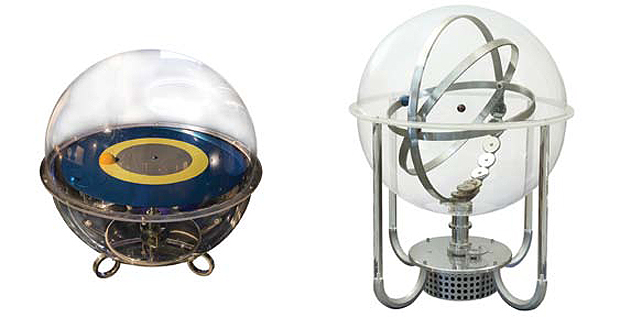 In these three new rooms, visitors will journey along the pathways that led to Galileo’s confirmation of the Copernican structure of the universe thanks to the telescope; to his definition of the strict mathematical laws that rule the phenomena of motion; and to his discovery of the isochronism of the pendulum, a true milestone in the history of timekeeping. To celebrate Galileo’s contribution to modern horology, Officine Panerai has offered fundamental support to the realisation of the interactive area. It has also constructed and donated to the Museo Galileo the Jupiterium, an exceptional planetary clock with a perpetual calendar, which shows the movements of Jupiter and its four satellites discovered by the Tuscan scientist. Standing at the centre of the second room, the Jupiterium shows with extreme precision the positions of the Moon, the Sun, Jupiter and the four Galilean satellites as seen by an observer on Earth, against a background of fixed stars. The last of the three rooms in the new interactive section displays a spectacular working reconstruction of the Planetary Clock designed by Lorenzo della Volpaia for Lorenzo de’ Medici and completed in 1510, in addition to the complex mechanisms of some ancient turret clocks.

“Thanks to its fruitful and longstanding partnership with Officine Panerai – stated Professor Paolo Galluzzi, Director of the Museo Galileo – the Museo Galileo has opened a new section, illustrating some of Galileo’s most outstanding achievements, through fascinating exhibits and interactive models. Achievements that not only revolutionised the structure of the universe and of motion, but also led to dramatic improvement in mechanical systems for measuring time, initiating the ongoing process of development that has continued up to the present day. The extraordinary mechanical complexity and absolute precision of the Jupiterium, designed and constructed by Officine Panerai and generously donated to the Museo Galileo, is an evocative example of the close bond between tradition and innovation. The Jupiterium is in fact the solution to what was one of Galileo’s dreams – that of using the motion of Jupiter’s satellites as a perfect planetary clock – pursued by him with extraordinary intelligence and admirable determination”.

“We are proud – stated Angelo Bonati, CEO of Officine Panerai – to renew our longstanding partnership with the Museo Galileo and to contribute to disseminating knowledge of the role played by Galileo in the field of mechanical clock making. Galileo’s legacy is a boundless source of inspiration to Officine Panerai, not only for our common Tuscan origins, but also for the passionate commitment to research and exploration represented by his work”.

Interactive Area – Galileo and the Measurement of Time.
A visit to the Museo Galileo concludes with the interactive area, consisting of three rooms devoted to the tangible and virtual exploration of some Galilean instruments. The experimental component of the research conducted by Galileo is revealed by working models illustrating various aspects of astronomy, mechanics and timekeeping. This section provides a clear picture of the complex operation of scientific instruments, especially the refined mechanical solutions devised by highly inventive instrument-makers to measure the flow of time.

Room I – The Motion of Bodies: Time, Distances and Trajectories
The itinerary starts with two planetariums illustrating ancient concepts of cosmology, according to Eudoxus of Cnidus (4th century BC) and Ptolemy (2nd century AD). Galileo openly rejected these concepts, especially after his sensational astronomical discoveries. On a touch screen visitors can see the sky as it appeared to the Tuscan scientist through the lenses of his telescope. Another touch screen allows visitors to combine the lenses in different ways and shows the chief characteristics of the solutions devised – after Galileo – by the ingenious scientists and instrument-makers who further perfected the telescope. The other mechanical models in this room illustrate some of the experiments conceived by Galileo
to discover the fundamental laws of motion: the path followed by bodies descending along an inclined plane and along a curve, and the parabolic trajectory of projectiles.

Room II – Time and Space
Basically, longitude is calculated by measuring time and observing astronomical phenomena. Galileo tried to solve this problem by observing the motion of Jupiter’s satellites and applying a pendulum to a mechanical clock. He determined the motion of the satellites – illustrated in real time by the Jupiterium created by Officine Panerai – by using an instrument of his own invention, called the “jovilabe.” A touch screen lets visitors use this instrument virtually. The operation of the pendulum clock is illustrated by an enlarged reproduction of the timekeeper designed by Galileo and by a mechanical model that compares Galileo’s circular pendulum with the cycloidal pendulum. Very large models of escapements, which can be directly actuated, show how mechanical clocks operate.

Room III – Ancient Mechanical Clocks
Five ancient turret clocks (16th-18th centuries) with verge or anchor escapements and pendulum regulator are displayed here. This room also features the spectacular working replica of the Planetary Clock conceived by Lorenzo della Volpaia (1446-1512) for Lorenzo the Magnificent (1449-1492) and completed in 1510 – one of the masterpieces of Renaissance mechanical clock-making. This clock was placed for many years in Palazzo Vecchio, first in the so-called Clock Room, then in the new Guardaroba, the room where Cosimo de’ Medici began to collect the splendid mathematical instruments that formed the first core of the Medicean collection today on display at the Museo Galileo. The Planetary Clock got lost in the 17th century. The working model exhibited in this room is based on the drawings of Benvenuto della Volpaia (1486-1532), the clockmaker’s son, who followed in his footsteps.