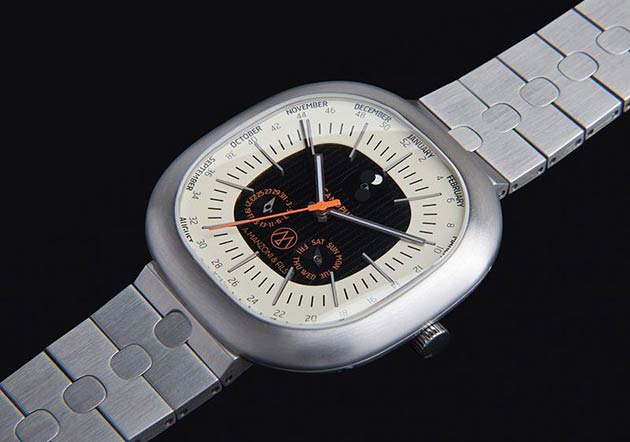 Oliver Ike launched Ikepod back in 1996, it was his first watch brand and his design skills and vision led him to into further consultancy work for several different brands. A smart move by these brands for little would they know that this young man would go on to become one of the leading lights in cutting edge horological design.

He is now looking to relaunch the watch brand A.Manzoni & Fils via the Kickstarter website, the first model being the Canopus Weekplanner. For just over three years Oliver has worked slavishly with Finnish designer IIkka Suppanen to develop what they feel will an amazing timepiece utilizing the best suppliers and craftsmen the Swiss watch industry has to offer.

The prototype Canopus Weekplanner timepiece has now been finished and the fine-tuning completed. The shape of the watch is based upon a super ellipse, a symmetrical curve discovered by the mathematician Gabriel Lame 200 hundred years ago. The same design concept was used by Fritz Hansen, the renowned furniture manufacturer. 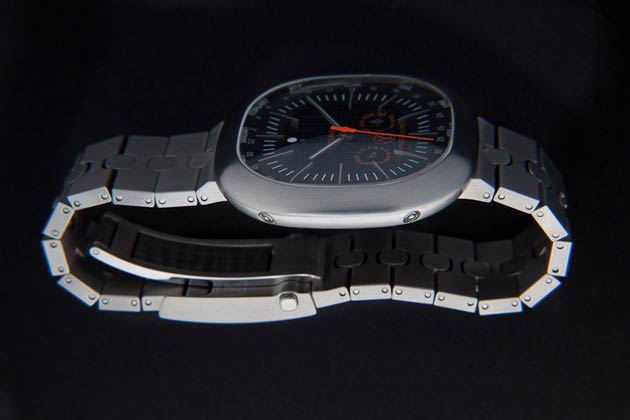 Due to the form of the watch, polishing the crystal proved difficult as there are no radius’s in the crystal itself. The movement indicates the day of the week, the phases of the moon, date and even the number of the week  (1 to 52). The calibre is based on Soprod’s new A10 automatic movement featuring a 42 hour power reserve. The dial of the Canopus Weekplanner features three dimensional hour indexes in white gold. Along with the movement, the dial displays an A.Manzoni flourish – “a Cotes de Copacabana” pattern. This particular design element is based upon some of Rio de Janeiro’s most beautiful sidewalks designed by famed architect Roberto Burle Marx. 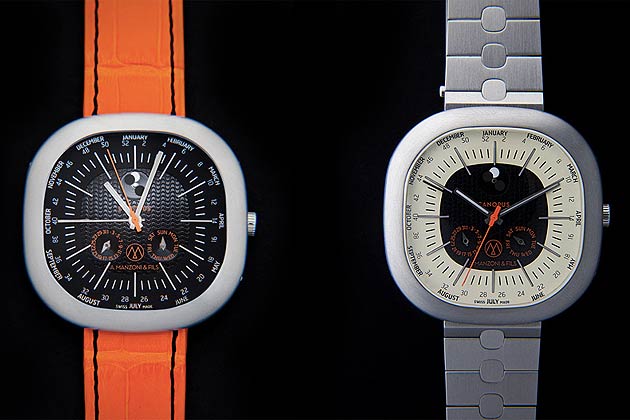 The timepiece has a 44mm case and is water-resistant to 100m (10 atm), sapphire crystal on the front and back, as mentioned previously the A10 Soprod movement and four correctors on the side of the case. Each watch comes with two straps, a metal strap and a black alligator strap with orange stitching. Each watch will be numbered and presented in a handmade mahogany wooden box from Ghianda.

The Canopus Weekplanner is available in a limited edition during the campaign at a third of the future retail price. It is entirely produced in Switzerland and should become one of the most popular wristwatches in the coming years.