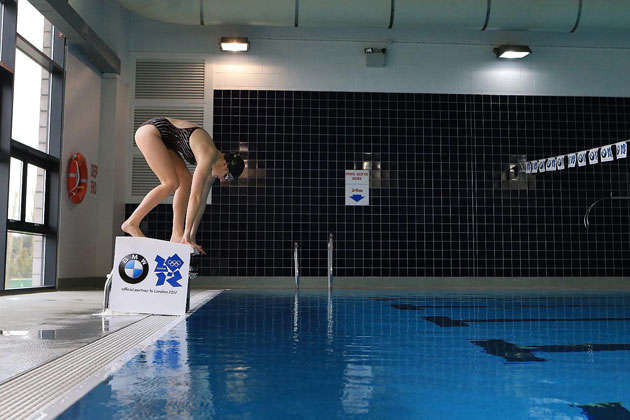 Double Olympic champion Rebecca Adlington recently joined London 2012 automotive partner, BMW and sports scientist Professor Greg Whyte to highlight how expertise in vehicle aerodynamics can be used to analyse the hydrodynamics of her underwater performance ahead of the Games.

Applying aerodynamics theories used by BMW, Professor Whyte investigated Rebecca Adlingtons hydrodynamic performance across her dive and turns, as well as when she was swimming beneath and on the surface.

The tests, using two metre-long hydrodynamic ribbons that were attached to Rebecca’s swimsuit, replicated the effect of vapour trails used in wind tunnels to analyse the aerodynamic efficiency of BMW Group vehicles. Their movement in the water was then analysed with the help of high-definition, super slow-motion underwater footage, as well as images, to highlight Rebecca’s technique in real time, looking at how the smallest details can improve her efficiency.

Professor Whyte commented: “Rebecca is a very talented and diligent individual who is a brilliant example of human efficiency. Whilst already being a champion in her field, she was interested in observing her technique on the playback screen, evaluating her performance and looking for the tiniest areas to improve upon.” 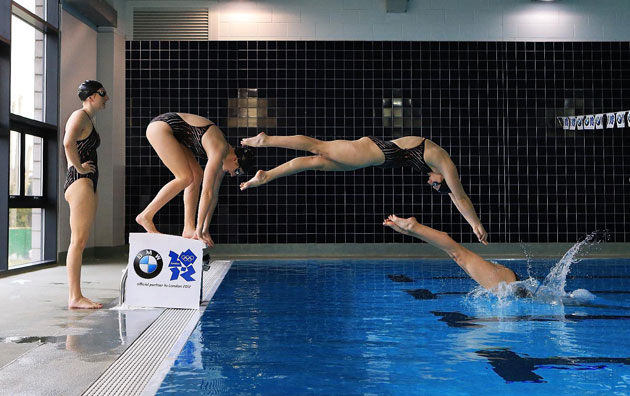 Since winning two Olympic gold medals in 2008, Rebecca Adlington has also triumphed at the World Championships, the European Championships and the Commonwealth Games, but she is still looking to improve:

“It’s the attention to detail that makes the difference at this level and obviously my positioning and form underwater are absolutely vital to my performance – I have to make sure I’m nice and centred, that my core’s drawn in and that my legs are completely straight. It is amazing to be able to step back and review my swim to see what else I can learn.”

Dr. Eder, BMW Group EfficientDynamics expert pointed out the parallels between his work and Rebecca’s pursuit of hydrodynamic perfection: “Swimmers are trying to maximise their underwater performance with the use of minimum energy and this is mirrored in the work that BMW conducts to analyse how a car moves through the air. We are constantly striving to make our vehicles as streamlined as possible, because that’s what improves efficiency and performance.”

As with the hydrodynamic performance of a swimmer in water, the most important factor for the aerodynamic quality of a car is the drag coefficient which can be optimised by the shape of the vehicle. About 40 per cent of the overall air resistance of a vehicle results directly from its proportions and shape with the remaining 60 per cent from other exterior aspects including functional openings guiding air to brakes, the engine or the transmission, the design of the underfloor and the wheels and respective arches. A droplet shape is the optimum form for reducing drag which is crucial to the efficiency of cars and swimmers alike.

An aerodynamic form has a positive effect on fuel consumption in cars and on energy expenditure for swimmers. A reduction of air resistance by 10 per cent improves fuel consumption by approximately 2.5 per cent under realistic average driving conditions, and even more while driving on a motorway.

In order to optimise the aerodynamic efficiency of all new BMW Group vehicles, they are all tested in the wind tunnel in the BMW Group Energy and Environmental Test Centre which recreates the most precise and realistic simulation of actual air flow conditions on the road.

BMW also recently filmed a short documentary called ‘Beneath the Surface’ with Rebecca Adlington as part of its ‘BMW Presents’ series. The documentary was directed by Stevan Riley, director of Fire in Babylon, and it takes a look under the water to see how a professional delivers the ultimate performance. At the same time it explores the surface of the new BMW 3 Series and how its shape, just like that of a swimmer, is key to delivering the most efficient and dynamic performance. 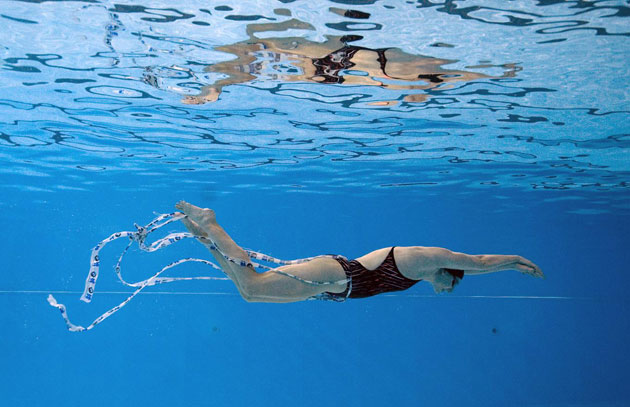 BMW is supporting over 150 British athletes on their journey for the ultimate performance. To see the full Beneath the Surface film, visit bmw.co.uk/bmwpresents.

Chosen by the London Organising Committee of the Olympic Games and Paralympic Games (LOCOG) as the Official Automotive Partner, BMW’s sustainability credentials will help LOCOG deliver a sustainable Olympic and Paralympic Games. As part of the partnership, BMW will supply a range of Efficient Dynamic diesel cars, hybrids and electric vehicles, achieving average CO2 emissions below the LOCOG target of 120g/km, as well as bicycles and motorcycles.