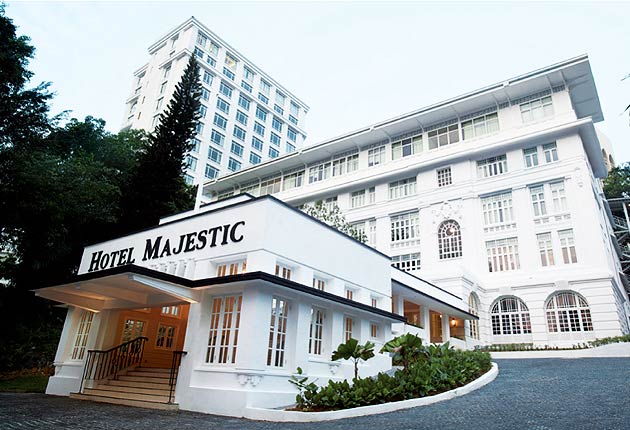 Arriving at The Majestic Hotel in Kuala Lumpur is akin to be transported back in time to days of colonial grandeur.

The elevated curved driveway leading to the porte-cochère of the Majestic Wing’s entrance, which is the original entrance, reveals the neo-classical and art deco style of the building with its white façade reminiscent of another era. As the doorman dressed in a pristine white safari-style jacket and Bermuda shorts complete with pith helmets rush to greet you and help with your luggage, the tone for your stay is set. 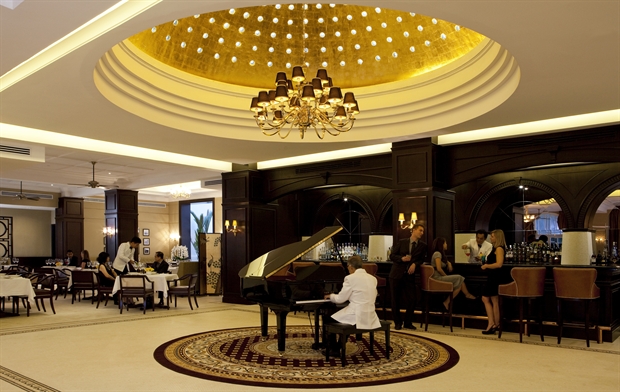 You somehow know that you have entered another realm where service standards hark back to the golden days of personal butlers and handmaids who cater to your every whim.

Having re-opened slightly over a year ago, The Majestic Hotel Kuala Lumpur has undergone a second renaissance and has come back bigger and better – a brand new extension, the 15-storey Tower Wing is located adjacent to the original Hotel Majestic building and blends in seamlessly with the original Majestic Wing. Architect Zaidan Tahir deserves a pat on the back for the exceptional work he did on the restoration of the original building as well as designing the new Tower Wing.

With a total of 300 room and suites, apart from the main buildings, the iconic hotel consists of separate annexes which have been ingeniously converted to useful purposes such as a spa and smoke room enhancing the facilities for the guests.

History
The original hotel, now known as the Majestic Wing was built in 1932 and was designed by Dutch architect Van Leangeanderg of the firm Messr Keyes & Dowdeswell, a Shanghai-based Dutch architectural firm. 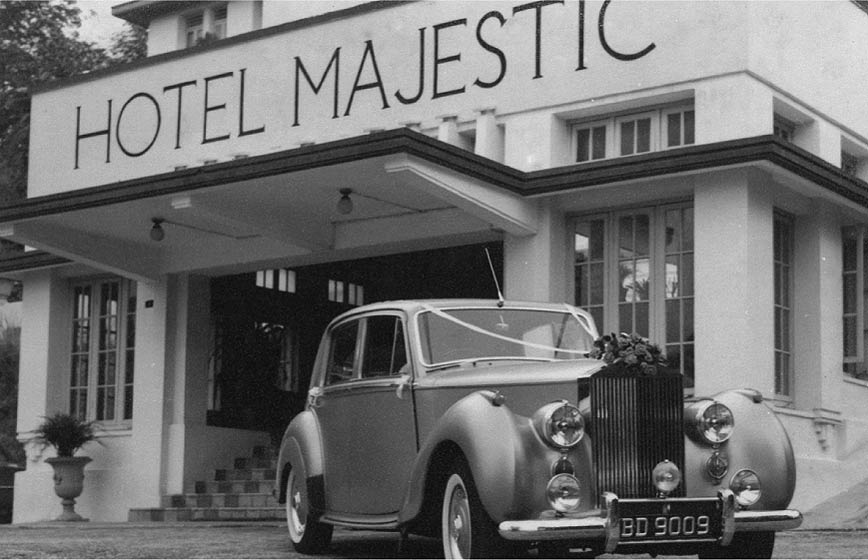 Originally planned as a block of luxury apartments, it was later adapted to become a 51-room hotel with a roof garden being a highlight of the building.

Located in a commanding hilltop, facing the Moorish style old railway station, the Majestic Hotel became the talk of the town the moment it opened its doors and became the place for the both local and visiting luminaries of the time to wine and dine and see and be seen at. The roof garden was a draw for the beau monde as with a dance floor, Tea Dances and Dinner Dances was a special feature of the hotel. Steeped in history, it is claimed that during World War II, the Allied Forces used to exchange information at the hotel.

The idea of UMNO (United Malays National Organisation) is also said to have been conceived in the hotel and the inaugural meeting of the Independence of Malaya Party held its first meeting there. English writer Graham Greene also stayed at The Majestic on several occasions and it is believed he researched several of his novels in his room and Alan Dean Foster, the author of Star Trek, spent part of his honeymoon in the old hotel and based one of his characters in the novel Cachalot on the headwaiter.

British actor David Niven also stayed at the Majestic while he was filming the movie Paper Tiger while celebrated writer W Somerset Maugham is also believed to have checked in at the Majestic and written his part of his novels ‘Footprints in the Jungle’ and ‘The Letter’ both set in Malaya. 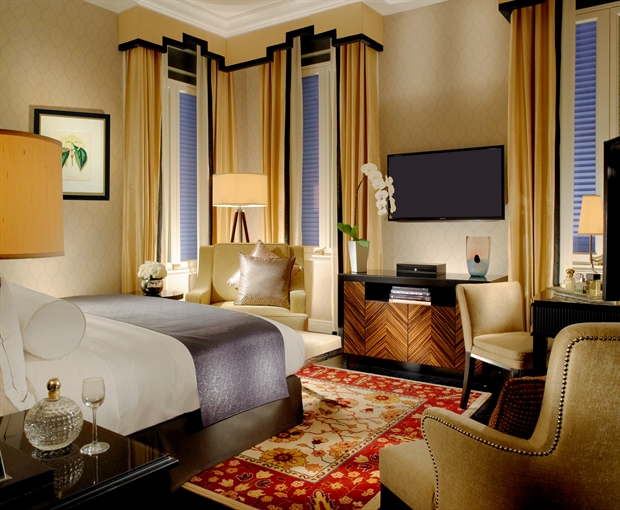 Rooms & Suites
For those lucky enough to check into one of the 47 suites located in the Majestic Wing, a personal butler is provided.

The Governor Suite has an ambience soaked with luxury and glamour. Art Deco-inspired furnishings and fittings – from the black-trimmed pelmets and curtains to the black and white checked bathroom floor and the irresistible claw-foot bathtub – creates a sense of nostalgia and transports you back to a bygone era albeit with mod cons such as free Wi-Fi and a flat-screen TV.

When you feel the need to soak those tired muscles, call your butler who will be more than happy to draw a bubble bath for you with scented Crabtree & Evelyn products whilst adding the magic touch, red rose petals strewn among the bubbles for a most decadent experience.

This is part one of a two-part feature on the Majestic Hotel in Kuala Lumpur, for part two please click here.