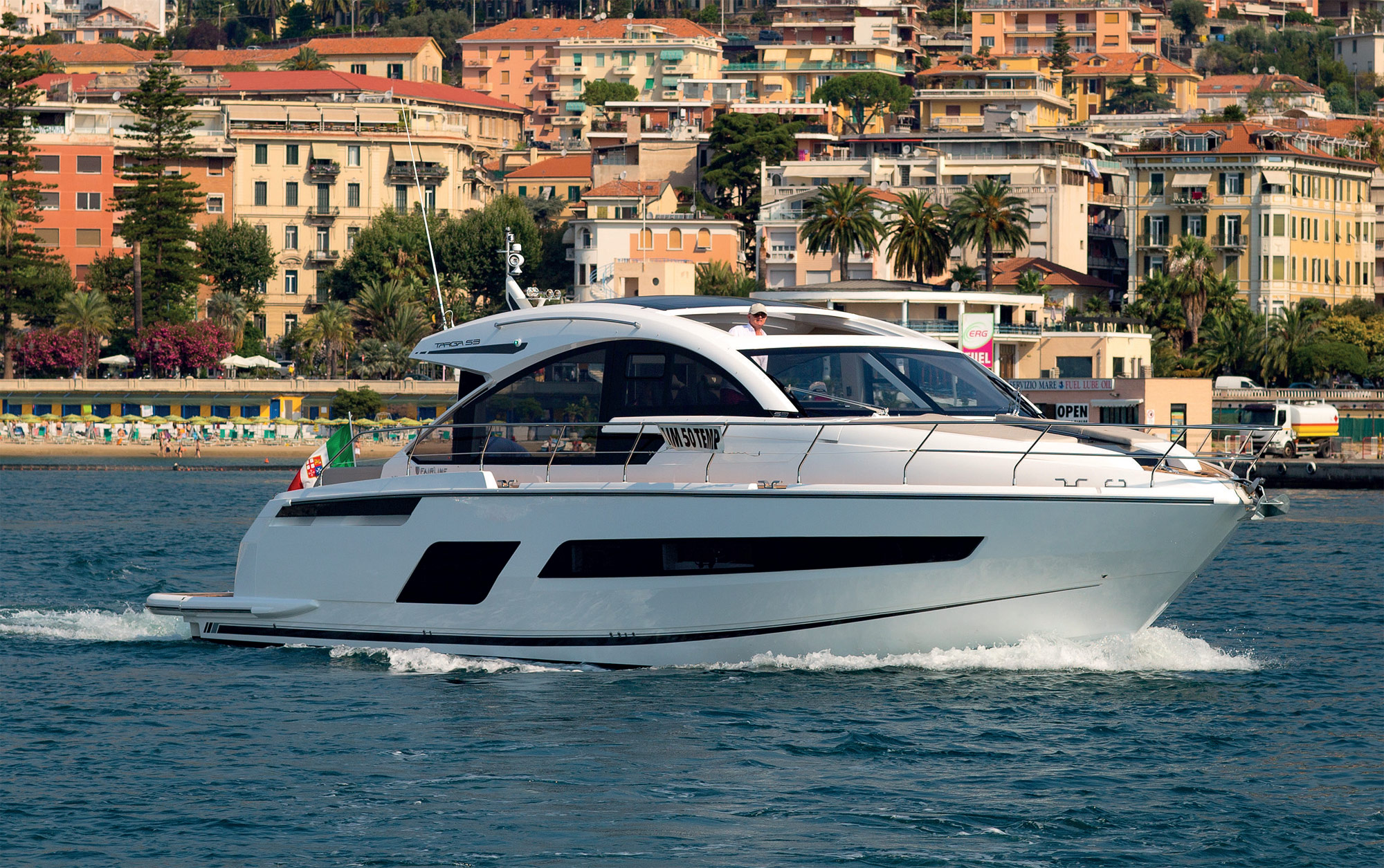 The luxury boat manufacturer Fairline was named, so the story goes, after a boat designer cast his eagle eye up and down the freshly-created hull.

“Aye, that’s a fair line,” he’s supposed to have said. It sounds charmingly simple for a brand that has almost 50 years of experience in producing beautifully engineered, sleek, torpedo-like icons of glamour.

But it gives you a clue to the character behind the luxury brand, which has given it a uniquely sought-after cachet.

I’m sitting in the salon of the new Targa 53 GT. Stretched out behind us are the turquoise waters and the chalky outline of the Italian Riviera. I’m thinking spritzers, Grace Kelly and a holiday crowd with a certain élan.

Around me is a beautifully crafted interior of considerable opulence. Buttery leather sofas, mellow marble and smooth teak. A wide-screen television slides into position at the touch of a button and a glazed hard-top with a pneumatic waterproof seal seamlessly glides back to reveal a cloudless sky. 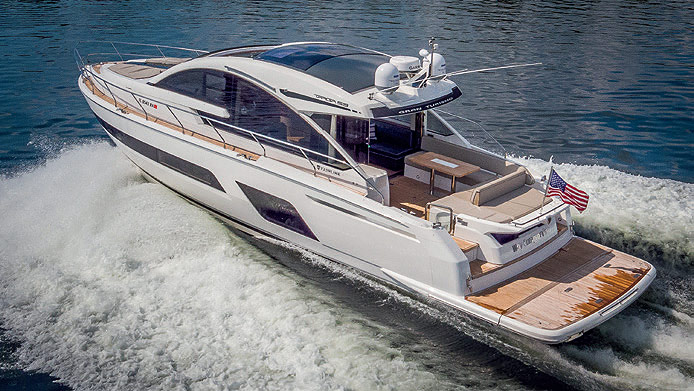 You might argue that most of these elements are far from strangers to the world of luxury yachts, but it’s the unique and personal way that Fairline presents these features that makes its models so sought-after.

“Our aim is to attend to every detail, from the unrivalled performance, proven sea-keeping and the exceptional quality of every aspect of the on-board space, facilities and features.”

The design features include large three-piece patio doors that span the full width of the upper deck. There is a substantial three-person sun-pad with a moveable backrest, and my personal favourite, a submersible bathing platform with variable height hydraulic mechanism. Perfect for swimming. Downstairs, the spacious and lavishly furnished master bedroom, VIP bedroom and twin room are supplied with glamorous en-suites and full-length mirrors and are lit by the distinctive deck windows.

It’s as creamily gorgeous downstairs as up.

I could go on and on about the fabulous features of this quite outstanding boat, but I’m just as interested in why the Targa 53 GT represents such a dramatic step forward for the company.

Miles Moorcroft, Head of Marketing, has just returned to the brand after a number of years away. “There’s something very exciting happening at Fairline at the moment,” he says. “We’re not so much reinventing the brand as redefining it; taking the Fairline design DNA and adding cutting-edge, smart design principles that give the owner a much more personalised service.” 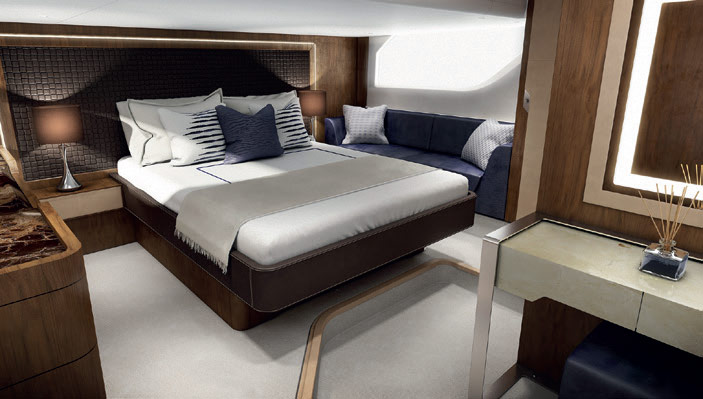 Andrew Pope agrees. “What we’re offering is unrivalled flexibility in layout which means that the owner is virtually getting a bespoke boat.”

But that isn’t the only change. Fairline is proud to have renowned superyacht designer Alberto Mancini on its team. Over the coming months, as Fairline adds two more designs to its stable, his design influences will become more prevalent.

I’m not arguing with that. Sipping some nicely chilled prosecco on a deck which, thanks to Fairline’s groundbreaking stabilisation, is beautifully balanced, is surely one of the great pleasures of life.

Who needs a villa on the Riviera when you can entertain your friends in such luxury and whisk them on a tour of secluded beaches or Michelin-starred restaurants, returning to the same king-sized bed every night? 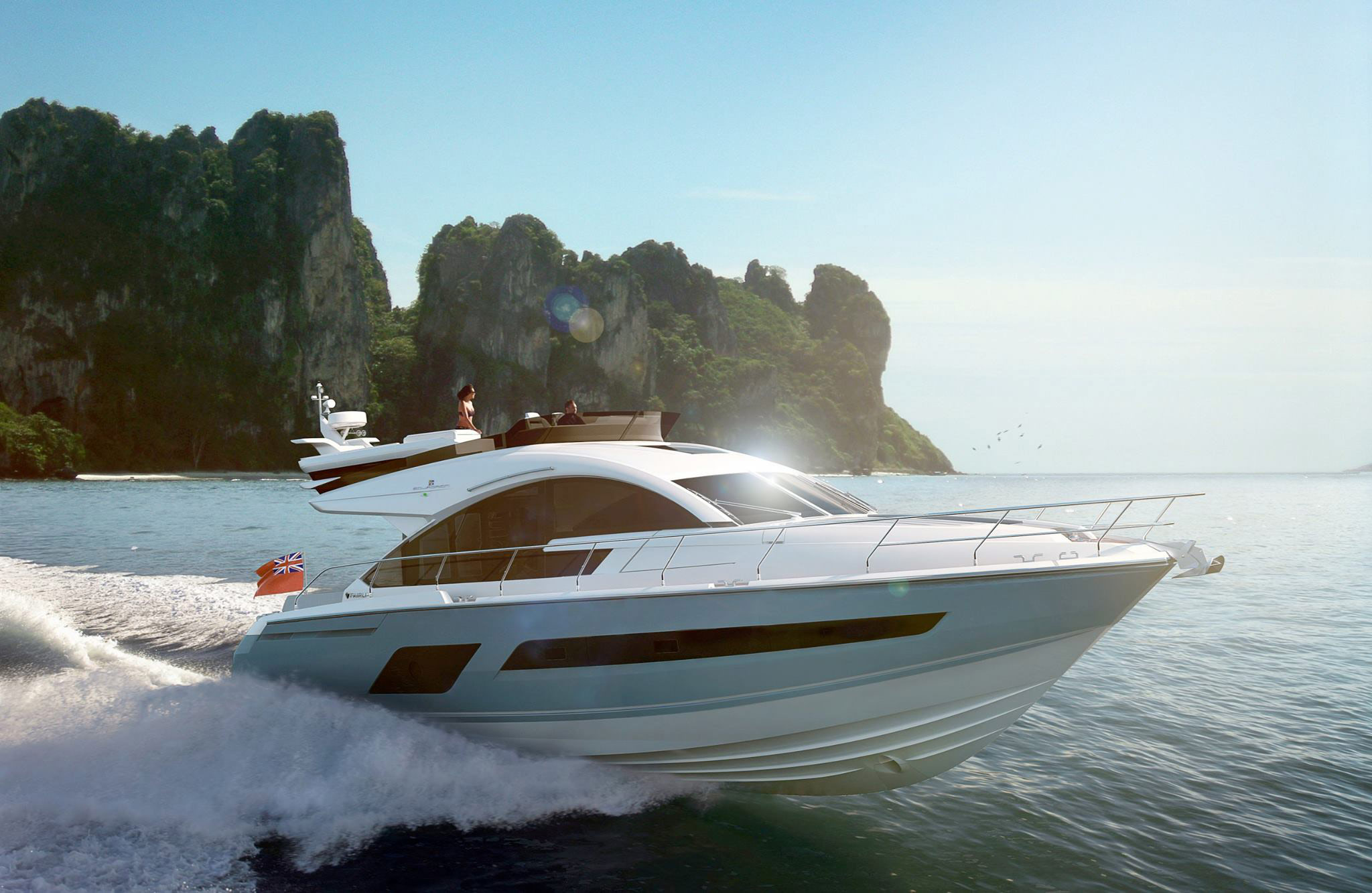