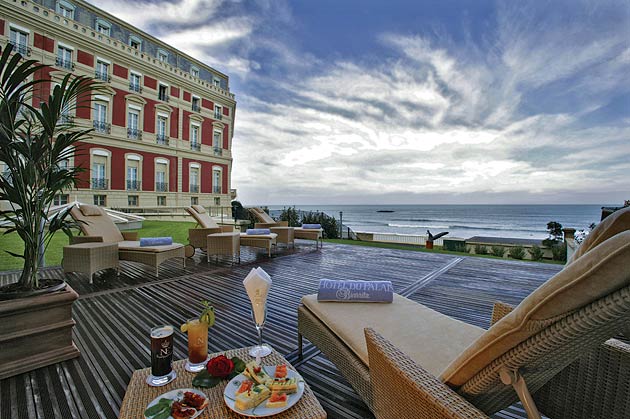 Ladies and gentlemen, if you are accustomed to travel in style and eager to discover new fabulous destinations with a trusted seal of approval, you will be delighted to hear about the new initiative of Orient-Express.

On the 8th of January 2013 Orient-Express Hotels Ltd launched the Orient-Express Associate Hotels programme, announcing further expansion of the iconic empire. Orient–Express already owns or co-owns 45 luxury hotel, resort, restaurant, tourist train and cruise properties in 22 countries all over the globe – from Copacabana Palace in Rio de Janeiro to Grand Hotel Europe in St Petersburg to Mount Nelson Hotel in Cape Town. The luxury travel tycoon started its growth in 1976 through acquisition of the Hotel Cipriani in Venice followed by recreation of the celebrated Venice Simplon-Orient-Express, linking London, Paris and Venice, along with other European cities.  Now the world’s most coveted hotel group is about to welcome new members. 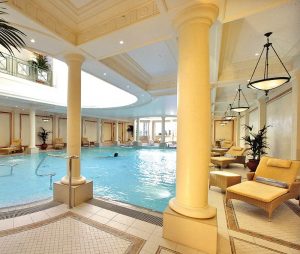 The programme is aimed to enhance Orient-Express’ portfolio of memorable travel experiences by partnering with independent luxury hotels in exchange for access to the company’s highly-advanced international marketing and public relations channels.

The Orient-Express Associate Hotels programme is by invitation only, and the candidates are chosen according to very strict criteria. They must satisfy very high independently-judged standards of quality, be a market leader in their area, complement the collection of existing members and have a solid reputation as an iconic tourist destination. Orient Express’ policy is to expand the range of authentic travel destinations and experiences without compromising on quality and standards. You can’t buy reputation! And what took so many years to build, could be easily damaged by allowing inferior hospitality establishments to represent the world-renowned brand. So, if you are a boutique hotel owner, don’t rush to contact the PR department for application, but make a list (of requirements) and check it twice…

After careful deliberations the first member of the programme is finally announced. Congratulations go to… Hôtel du Palais in Biarritz, France. The royal palace was originally commissioned in 1854 by Napoleon III for his wife Empress Eugenie and has frequently played host to European and British royal families, welcoming monarchs like Queen Victoria and Edward VII.  In later years, transformed into an Imperial Resort and Spa, the palatial hotel received many celebrated personalities from the world of arts and literature, like Charlie Chaplin and Ernest Hemingway, gaining the reputation of one of Europe’s most desirable destinations.  Who wouldn’t want to follow in the footsteps of global stars and royalty, and experience the true grandeur at its finest? From far reaching magnificent views over the Atlantic Ocean and pristine sands of Biarritz beach to magical ageless elegance in the rooms, Hôtel du Palais has kept the feel of the ‘belle époque’ era in which it was born. 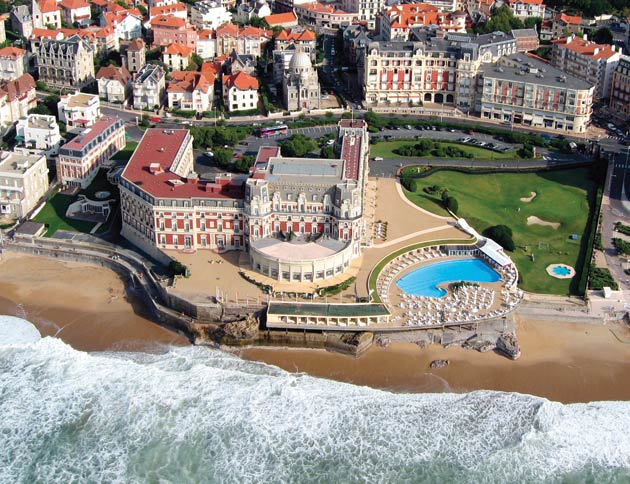 By carefully maintaining the original features, the elegant Second Empire style and antique furnishings, the hotel succeeded in preserving the timeless beauty of the palace, while seamlessly incorporating all the modern-day luxury amenities like Wi-Fi and flat-screen TVs. 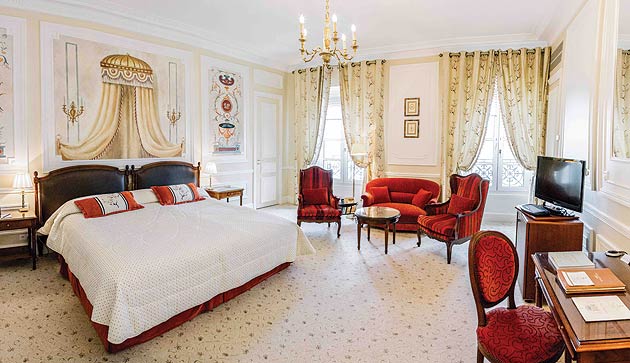 The Hotel houses three restaurants, one of which is a world famous Michelin starred Villa Eugenie – serving the best of French cuisine featuring locally grown produce and seafood – as well as two bars and a tea room.

So, if you want to be treated like a king, make your way to this “queen of resorts” or “resort for kings” in Biarritz for your next holiday. Hôtel du Palais becoming a part of the prestigious Orient-Express brand only confirms its impeccable reputation, as all Orient-Express properties carry an unspoken stamp of the highest quality, authenticity and luxury. Bon voyage!