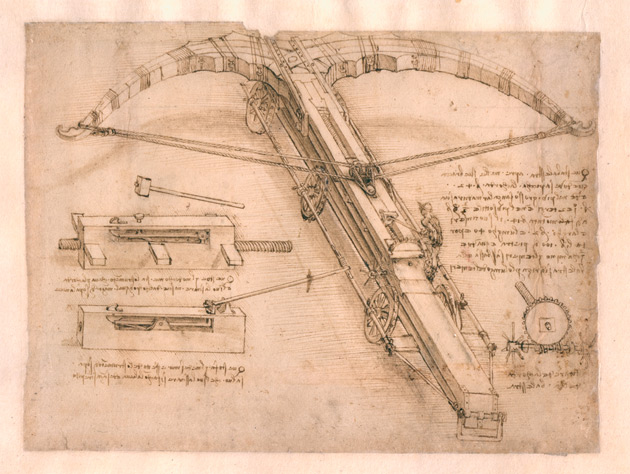 Original masterpieces from the world’s most celebrated genius, Leonardo da Vinci, will be making their Southeast Asian debut at ArtScience Museum at Marina Bay Sands this November. 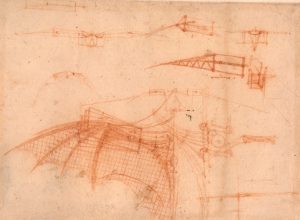 Da Vinci: Shaping the Future is a major exhibition which explores the life, work, and legacy of the history’s most well-known artist and scientist, Leonardo da Vinci. The exhibition presents 26 original pages of the Codex Atlanticus, da Vinci’s largest notebook, which collects together some of his most important drawings and writings. It also features six original paintings from the School of Leonardo.

These masterpieces are travelling to Singapore from one of the world’s great Renaissance museums, Biblioteca Ambrosiana in Milan, Italy. Working with the Ambrosiana in association with the Foundation Cardinale Federico Borromeo, ArtScience Museum has curated a groundbreaking new exhibition, Da Vinci: Shaping the Future, which will be shown only in Singapore. It focuses on five key domains of da Vinci’s mastery: mathematics, natural sciences, technology, architecture and music. Combining his original works with interactive exhibits, technology, film and art, this rare exhibition offers visitors a unique opportunity to explore da Vinci’s knowledge that has shaped the future beyond the Renaissance period.

“There is no more fitting place to present original work by the world’s most celebrated artist and scientist, Leonardo da Vinci, than ArtScience Museum. Not only are we bringing masterpieces by one of history’s greatest geniuses to Singapore for the very first time, but we are doing so in a way that emphasises just how influential Leonardo da Vinci has been, and remains today,” said Ms. Honor Harger, Executive Director of ArtScience Museum. Leonardo da Vinci was a visionary ahead of his time and his works brilliantly illustrate the interdependence between art and science. This exhibition is the perfect representation of ArtScience Museum’s ongoing efforts to showcase the creativity and interrelation of art, science and technology.”

“We are excited to share with ArtScience Museum’s visitors the original pieces from our collection that are travelling to Singapore for the first time. It is a perfect fit with the museum’s mission to tell the story of the renowned Renaissance man and his masterpieces through an ArtScience perspective,” added Monsignor Franco Buzzi, Prefect of the Biblioteca Ambrosiana.

Alongside the presentation of these masterpieces and the original pages of the Codex Atlanticus, visitors will learn about da Vinci’s scientific and artistic pursuits through reproductions of additional pages of his notebook, video projection, models of his inventions and innovative new interactive exhibits.

Over the course of the exhibition’s six-month run at ArtScience Museum, three of the paintings and 13 pages of the Codex Atlanticus will be swapped at the three-month mark.

“By displaying these masterpieces in two different phases, we are giving visitors greater opportunities to explore the depth and breadth of da Vinci’s work. In a sense, Da Vinci: Shaping the Future is an exhibition in two parts, and our programmes and activities which enrich the show, will reflect the changing nature of the show,” added Ms. Harger. 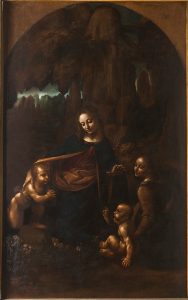 As the largest bound collection of da Vinci’s drawings and writings, the Codex Atlanticus offers rich insights into da Vinci’s art, science and his fascination with nature. The pages which will be on show at ArtScience Museum are detailed recordings of da Vinci’s observations and highlight his approach to interweave connections among different disciplines.

Centuries before the Wright Brothers pioneered mechanised flight, da Vinci was seeking a practical solution to take to the air, through his studies into the flight of birds. He designed a multitude of mechanical devices for flight. One of the highlights of Da Vinci: Shaping the Future is a drawing, Mechanical Wing (circa 1490), of a winged device. Modeled on the wings of birds, this drawing forms the basis for the construction of modern aircraft. It is emblematic of da Vinci’s status as an innovator, a modern-thinker and a man ahead of his time.

ArtScience Museum is also providing visitors with the rare opportunity to view masterpieces from the School of Leonardo, including paintings such as Saint John the Baptist (circa 1480-1524), The Adoration of Saint Roch (circa 1520-1530) and Portrait of a Lady (circa 1490-1495).