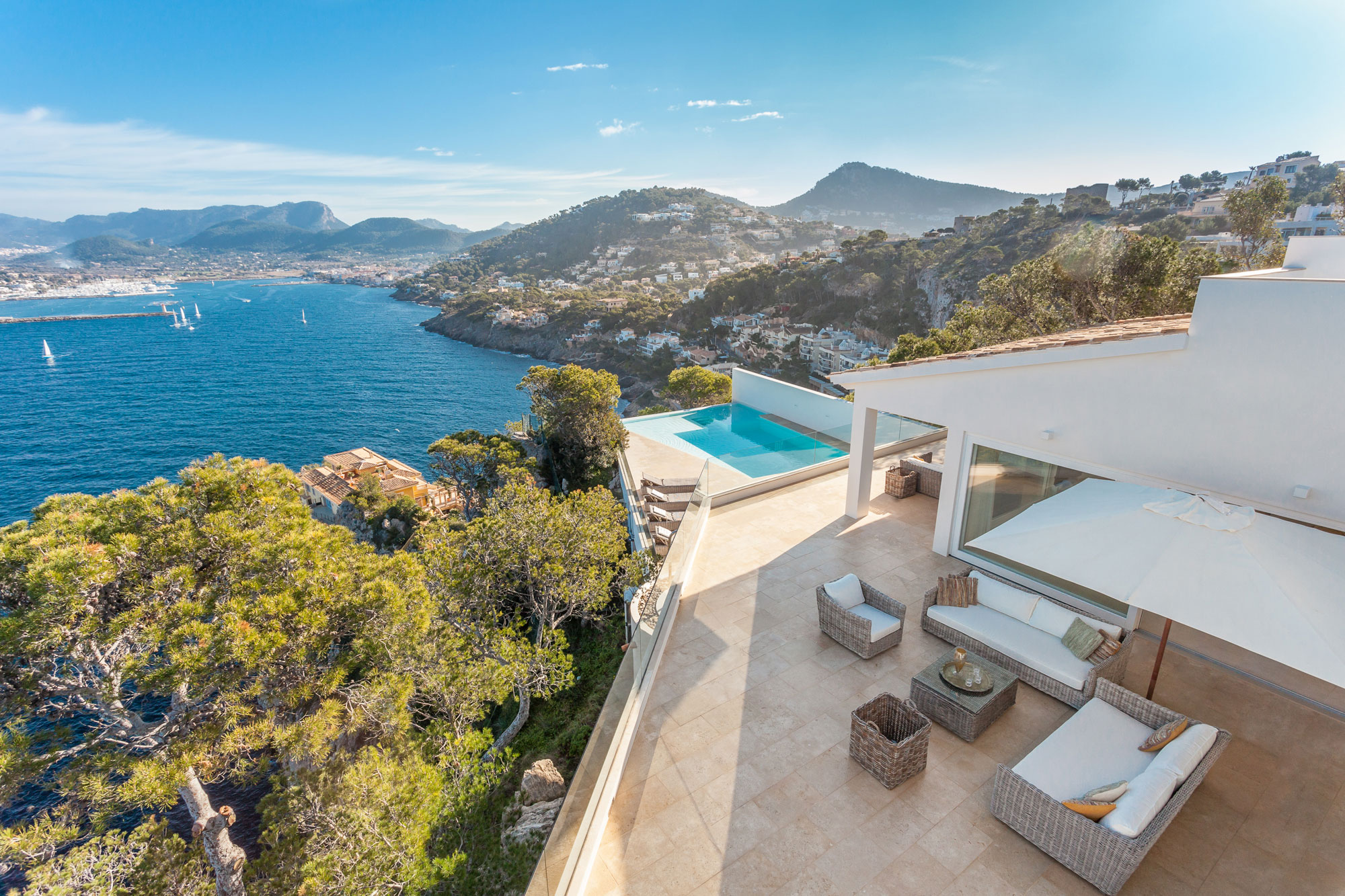 Spanish property market recovery is being led by the Balearic Islands, with foreign buyers providing the catalyst both in Mallorca and Ibiza.

The Spanish Infrastructure Authority announced that more than 40% of property purchases on the Islands in the second quarter of 2015 were made by overseas buyers.

Figures from the Ministry of Development show that property transactions in the Balearics this year are up more than 30% over the same period in 2014, and increased by 13.9% versus the first three months of the year.

Alejandra Vanoli, Managing Director of Mallorca Sotheby’s International Realty, says “This is great news for the property market in the Balearics, and certainly reflects what we are seeing in Mallorca. The figures represent the second best quarter of growth in the past five years, and overseas buyers are a hugely important part of the picture. They drive along the local market both in resales and new properties, and overseas transactions have provided much more liquidity in property in recent years” 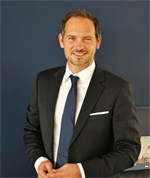 Alejandra’s Ibiza counterpart, Glynn Evans, Managing Director of Ibiza Sotheby’s International Realty, adds, “There is no doubt that overseas buyers are driving the property market across Spain, and in particular in the Balearics. National Spanish newspaper El Pais has highlighted Ibiza as an example of this and said that up to 50% of property buyers on the island are from overseas, which is indicative of our experience in the market. These are exciting times for property in the Balearics.” 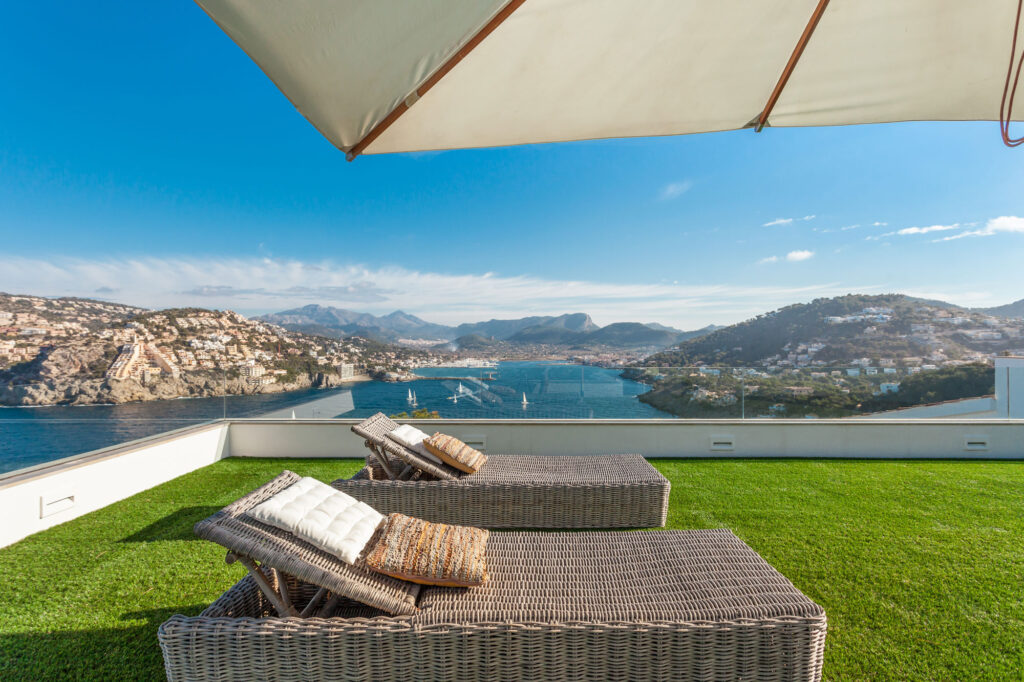 Statistics quoted in the German-language Mallorca Zeitung show that overseas buyers are attracted to the higher end of the property market, spending almost 30% more than the average purchase price on the Islands and no doubt determined to secure the best properties they can. However, British buyers are still the most numerous across Spain, making up more than 15% of the national market, with French, Russian, German and Belgian buyers increasing alongside. In the Balearics, German buyers were equally numerous as the British.

These figures coincide with statistics showing that the number of travellers passing through the main Balearic international airports has hit a record high across the first eight months of 2015. Palma International Airport saw 2.1% more passengers than the same period last year, with Germany the most popular starting point, while Ibiza Airport increased passenger numbers by an incredible 8.7%. Additionally, the Balearic Ports Authority has announced a massive 20% year-on-year increase in cruise ship passengers coming into Palma during the first half of 2015.

“I love the contemporary style of this villa, and the fact that its plot on La Mola is elevated to make the most of those breathtaking views of the sea and the nature reserve island of Sa Dragonera. The picture windows of the open-plan dining and living area bring the spectacular views inside the house, but undoubtedly the highlight of this exceptional property in thelarge outdoor area with covered and uncovered terraces – after all, we all live outside most of the year.” Monika Baier, Director Port Andratx Office.

“This is the perfect property for a lover of the countryside, and the fact that it is 100% key ready is another huge advantage. The vast plot and olive, almond and orange groves mean that you can go for a lovely walk without having to leave your property at all and, although there are 360-degree views from the house, it is very private and secluded. Peace and quiet guaranteed.” Alejandra Vanoli, Managing Director Mallorca Sotheby’s International Realty.

“I love the versatility of this wonderful penthouse apartment in Palma – it could be a full-time family home, a weekend getaway, a great place to entertain business contacts or even a profitable investment. There is plenty of space for family living with spacious rooms and a rooftop swimming pool with stunning City views. For the weekend traveller it is centrally located while business clients and potential rental guests will be impressed with the minimalist style, the shared on-site gym and sauna, and independent guest accommodation.” Alejandra Vanoli, Managing Director Mallorca Sotheby’s International Realty

“The charm and luxury of this Mediterranean-style property is a dream, as is the location close to the promenade of Port Andratx and the charming village of Andratx. The finca offers absolute privacy and a beautiful landscaped garden with palms, lawns and trees. A highlight is the outdoor area with various large terraces, a summer kitchen with outdoor BBQ and an impressive pool.” Monika Baier, Director Port Andratx Office

“I would buy this villa as it just ticks so many boxes. On an established gated community but positioned to feel like the only villa on the hillside, this property is also close to the only golf course in Ibiza, and a nearby beach just down the track. The property itself has some great design touches, a separate guest house to allow that extra bit of privacy when people come to stay, and a beautiful sea view.” Glynn Evans, Managing Director Ibiza Sotheby’s International Realty

“For me, this villa stands out for its location and position. True, there are many beautiful properties in the rustic north of the Island, but with this stunning setting, you feel like you’re on top of the world with wonderful views across the neighbouring valleys towards the sea yet an easy 20 minute easy drive straight down to Ibiza Town.” Glynn Evans, Managing Director Ibiza Sotheby’s International Realty