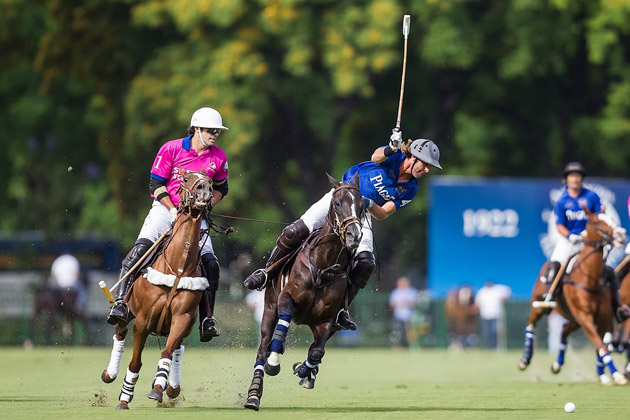 The Pilara Piaget Polo Team beats Algeria 13 to 12 in a close fought battle. 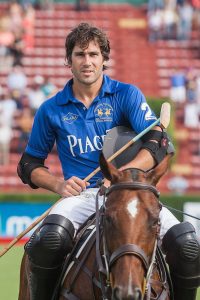 In their last meeting (Hurlingham Open), Pilara Piaget (Francisco Bensadon, Hilario Ulloa, Sebastian Merlos and Paco de Narvaez) beat Alegria by four goals, 22-18, but the Argentine Open was another story.  After trailing by two goals to start the game, 3-1, Alegria came charging back in the second chukker to tie it up at 4-4.

In the third, Alegria got its offense on track and scored three goals while holding Pilara Piaget to a single score. Alegria led by two goals, 7-5 at the end of the chukker.

Alegria scored twice in the fourth while shutting out the Pilara Piaget offense, and at the end of the first half of play, Alegria boasted a four goal lead, 9-5.

A refocused Pilara Piaget team took the field in the second half disabling Alegria’s offense and scoring two goals. At the end of the fifth period the Alegria lead had been cut to two goals, 9-7.

Pilara tightened its defense in the sixth chukker, shutting out the Alegria attack. Sebastian Merlos suffered a hard fall in which his protective glasses caused cuts to his nose and forehead.  After a brief pause, he remounts and the game goes on.  Pilara Piaget adds a couple of goals to tie the game at 9-9.

For the fourth chukker in a row, Alegria allowed themselves to be outscored. Pilara Piaget scored three times while holding Alegria to two goals. Pilara Piaget ended the seventh period with its first lead since the opening chukker, 12-11.

Both teams battled furiously through the final seven minutes of the game. Alegria scored a goal, but so did Pilara Piaget. The final horn sounded with Pilara Piaget taking the match, 13-12. 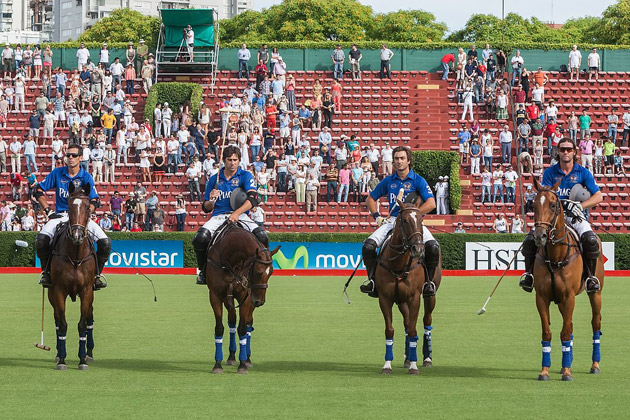