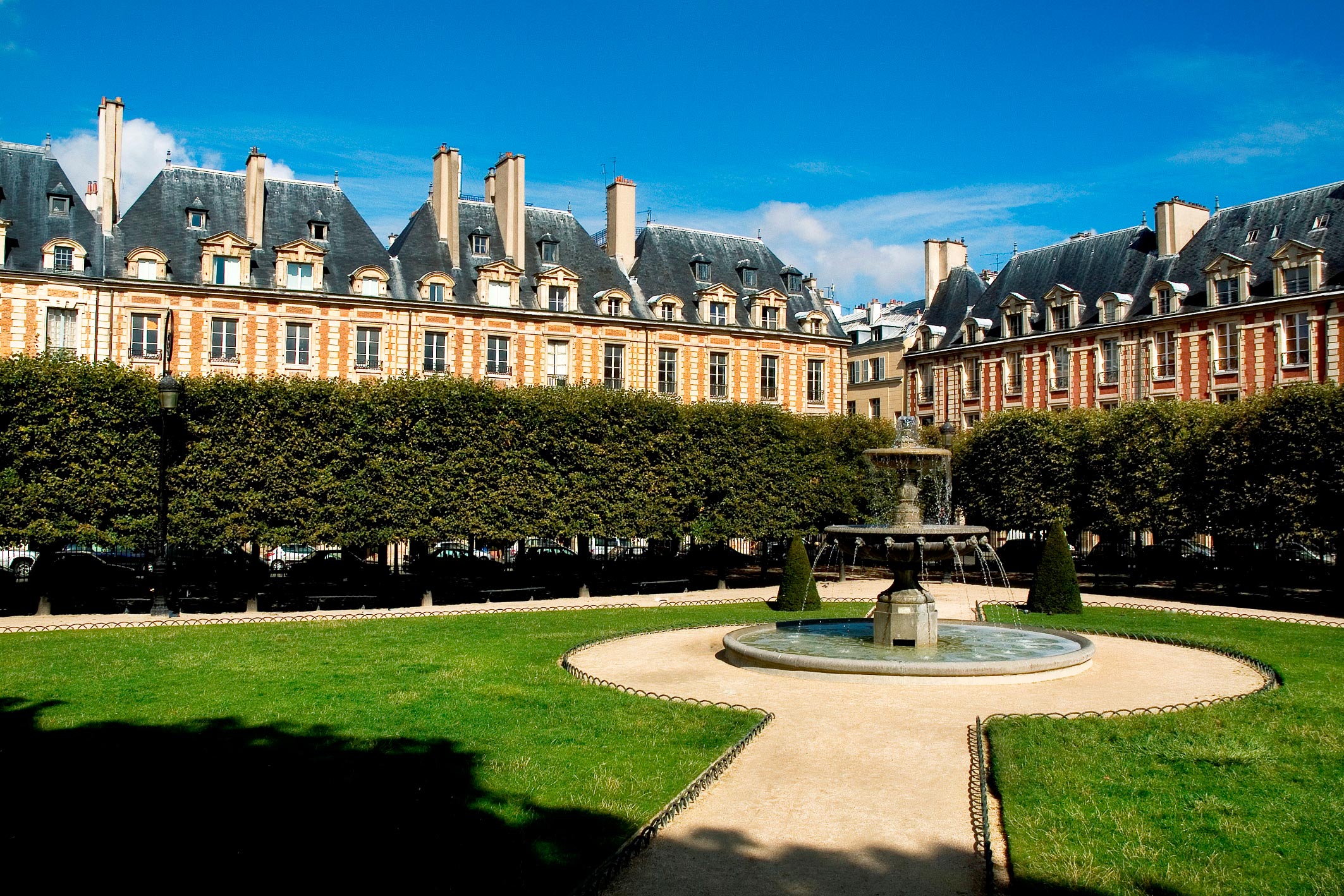 You could spend weeks in the Marais and still not see it all. This exciting area is the Jewish quarter in Paris, now boasting ultra expensive real estate and a big gay scene, replete with bars, restaurants, high and low fashion trendy boutiques, hip designers, wine shops and fashionable art galleries. Step outside of Le Pavillon de la Reine and you’ll find several restaurants and cafes. Art galleries on the Place des Vosges include Modus, Art Galleries, Galerie Mark Hachem, Galerie de Medicis, all with vibrant and interesting modern art, sculptures and photography.

The Places des Vosges, built by Henry IV, was once home to poet and writer Victor Hugo. You can visit his house on the corner at No. 6, which is full of his letters, photographs of his family and has the décor of his day. Grab a coffee at the adjacent Café Hugo for people watching. The beautiful Hôtel Sully – once a private mansion – is also on the square. Le Pavillon de la Reine is one of the two closest hotels to the newly reopened Museé Picasso just a short stroll away on rue Thorigny. The other is Hotel du Petit Moulin – a sister hotel to the Pavillon de la Reine. 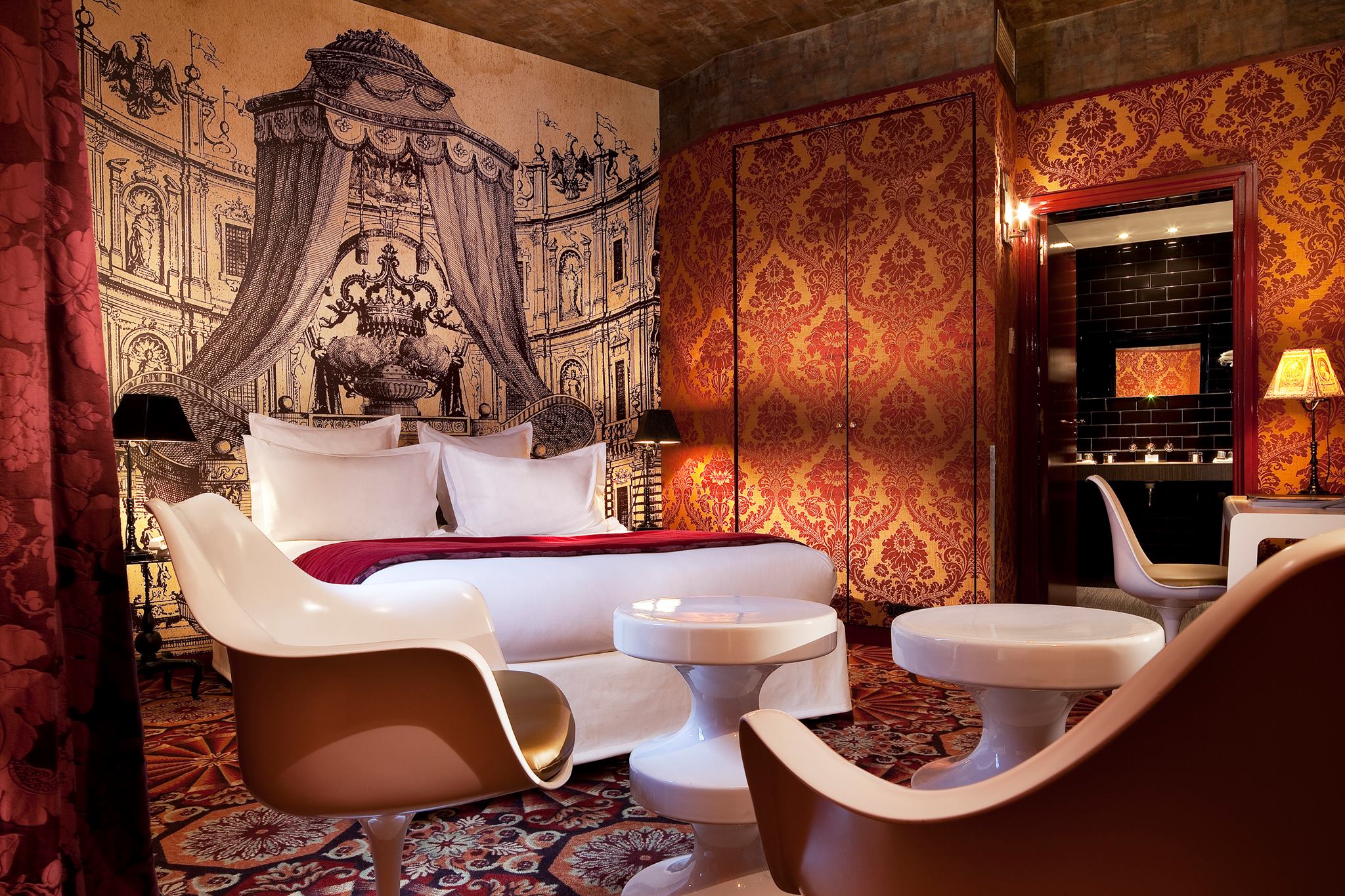 Just a short walk away is the new Opera at Bastille, the restaurants, cafes and club culture of the Marais, while St Germain, Notre Dame and the Seine are only 10 minutes’ walk.

All the narrow streets in the Marais are charming – whether just for its character, culture or retail therapy. Rue de Turenne, rue des Francs-Bourgeois, Saint-Paul and Saint-Paul Village, rue de vielle Temple and the famous Rue des Rosiers are all fabulous.

The Marais once housed the largest Jewish community in Europe and still has kosher delis and bakeries, and it’s one of the few areas in the French capital that wasn’t bulldozed to make way for wide Haussmann streets.

As novelist and journalist Jojo Moyes said about the Marais: ‘It’s a little district in the centre of Paris. It’s full of cobbled streets and teetering apartments and gay men and orthodox Jews and women of a certain age who once looked like Brigitte Bardot. It’s the only place to stay.”

I couldn’t agree with her more. 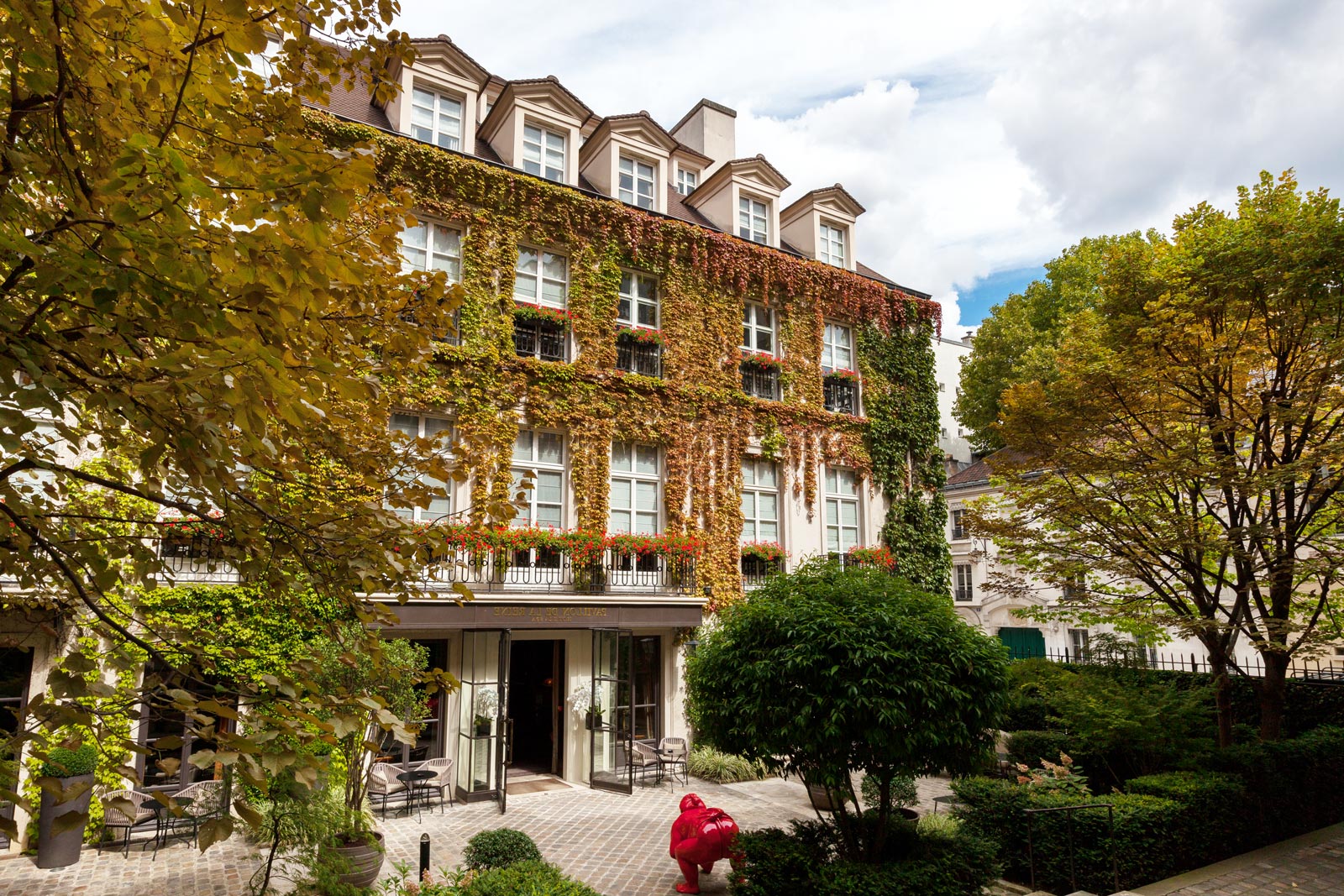 Le Pavillon de la Reine – Where and How?

Rooms from €330 per night including breakfast and free valet parking, based on two people sharing a double room (c.£258.00)