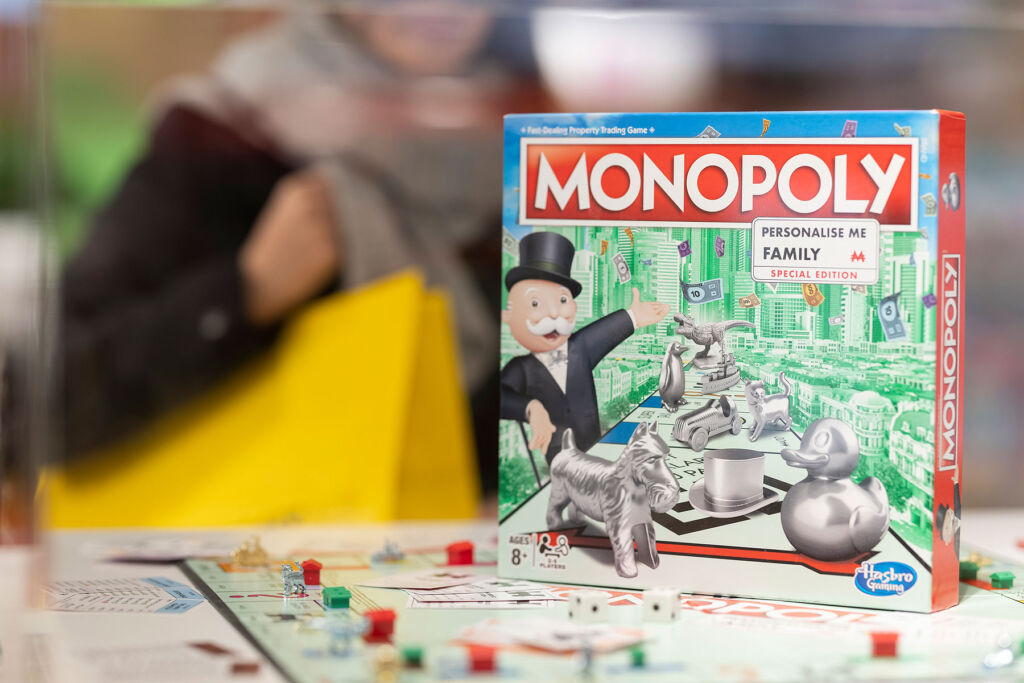 We all love playing games at Christmas, and there are few more popular for the holiday season agenda than Monopoly. The game’s history can be traced back to 1903 in the United States when it was created in a bid to explain the single-tax theory. This year, why settle for the bog-standard economic-themed board game? Instead, have fun with a personalised board.

There are few better-known family board games in the world than Monopoly. In many households, it has become a tradition to get the board out over the holiday season and start making money! For what seems like forever, Monopoly has maintained its tried and tested format, however over recent years, there have been special editions popping up every now and again, and we’re pleased to say there’s another one; this time, it’s a set you can personalise specifically for you family.

The now hugely popular game was the brainchild of American Lizzie Magie, who hoped Henry George’s single-theory tax could be explained in a fun and simple way. Intended as an educational tool, she wanted to illustrate the negative aspects of concentrating land in private monopolies. The patent was registered in 1904, and the game, originally called The Landlord’s Game, was self-published in 1906.

Since then, Monopoly has been enjoyed by countless people of all nations worldwide, providing hours of fun. Retail giant Selfridges has been offering fans the chance to create a personalised version of the iconic game exclusively in their stores since the middle of November in London, Manchester and Birmingham. Although you can no longer design and buy them in-store, you can still order yours online. 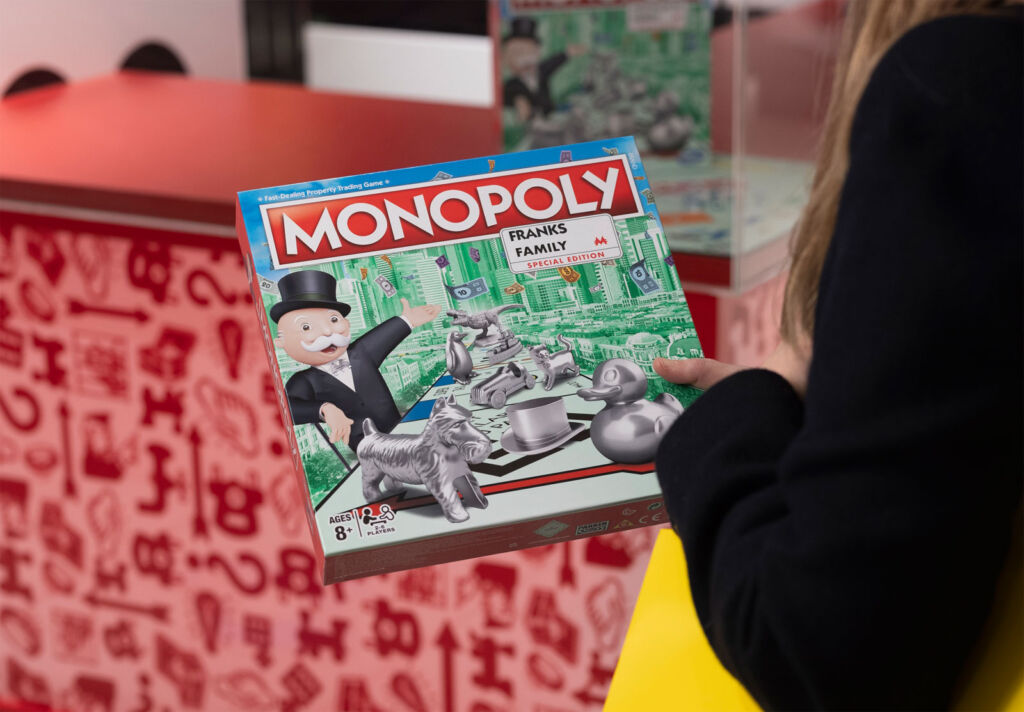 In the new personalised edition, Monopoly enthusiasts will be able to immortalise their family name onto their new board. You don’t need to have a finance degree to play Monopoly, just a competitive streak to bag as many properties as you can. The rules of the addictive and competitive game are simple, where players navigate their way around the board, buying and trading properties and developing them with houses and hotels.

Players collect rent from their opponents in a bid to drive them into bankruptcy. But that’s not the only way to make money. Currency can be obtained and lost through Chance and Community Chest cards and tax squares. But if you’re unlucky, you can end up in jail, but there’s also a chance to make money each time you pass ‘Go’. 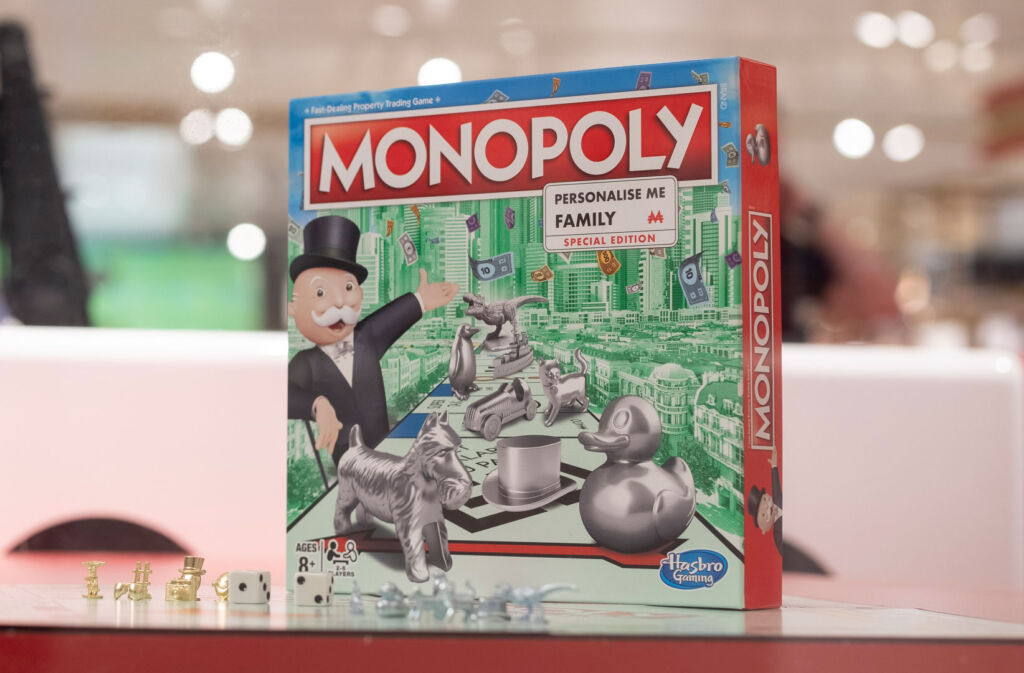 Monopoly has been licensed in more than 103 countries and printed in 37 languages. The game has numerous rules, and various editions exist. And of course, now you can stamp your surname centre stage between iconic London landmarks. Just add up to eight of your family members, from parents and children to siblings and friends, for hours of fun. Just be sure to keep an eye on the banker; they may be slipping the odd note here and there while you’re having a cheeky Christmas drink.

Personalised Monopoly – Where and How?

The personalised Monopoly board game can be purchased online for £35 from Selfridges here. 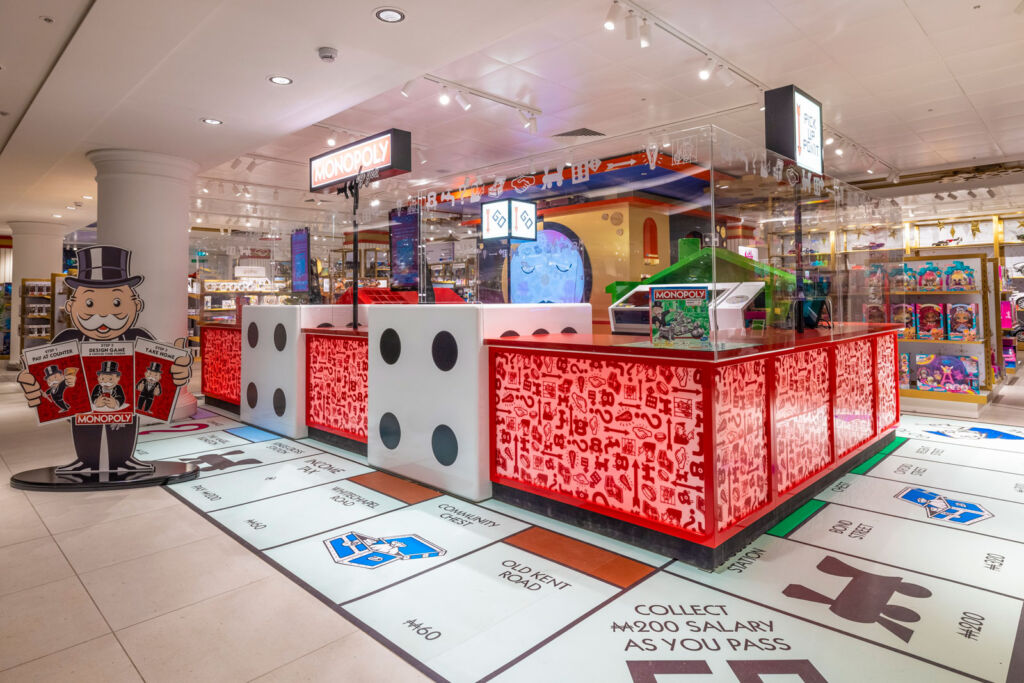