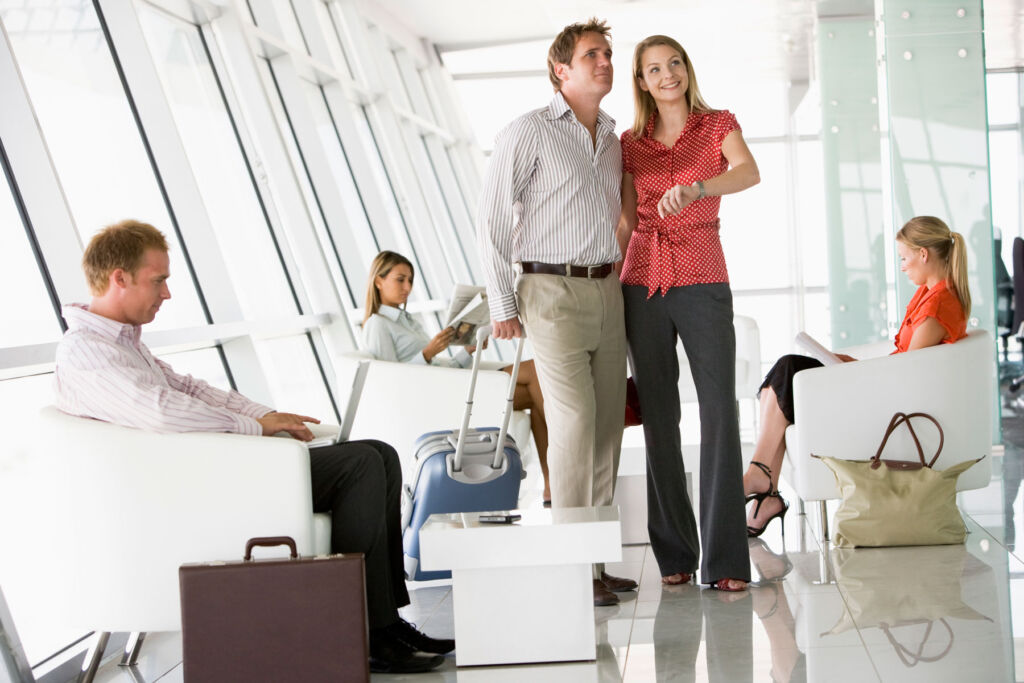 The majority of people worldwide support animal welfare, and this is one of the primary goals of PETA, which stands for People for the Ethical Treatment of Animals. Recently, the non-profit organisation tried to place an advert on trolleys at UK airports which was rejected. Is it fair to do this?

Every day, people are being subjected to views that, frankly, they don’t want to see or hear, and it is resulting in stress and division. The world we live in seems to be designed to negatively impact mental health, and the constant bombardment of information and views that involves people’s emotions is not helping matters.

Let me be clear, PETA is an organisation whose aims I support. However, whether I support them or not isn’t the issue; the crux of the matter is whether statements that are considered political or could cause emotional distress should be allowed to be placed in front of the public.

PETA’s message is “Cruelty Doesn’t Fly” you can see the advert below. The non-profit organisation sought to place their advert on trolleys at UK airports to; in their own words, “Inspire compassions for cows and other animals killed for fashion accessories”. However, the advert has been rejected by airports up and down the country as it has been deemed political and risks a negative customer reaction. 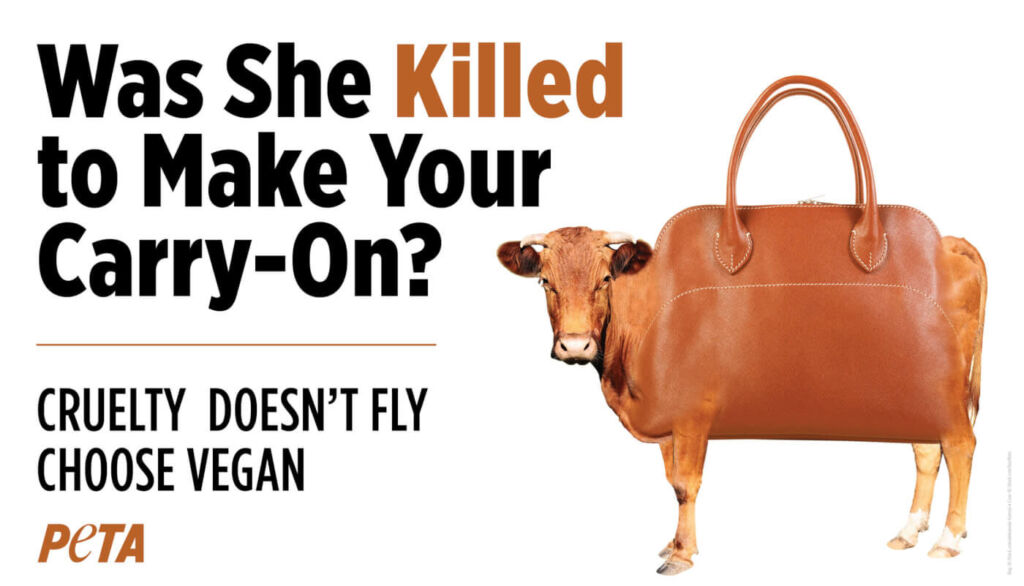 As regular readers will know, I am far from a fan of the use of animals in products and have in the past, taken aim at some self-purported luxury car manufacturers who take pride in stating the number of hides used in the construction of the seats and interiors.

A recent PETA exposé of the global leather industry found that animals are exposed to the elements and denied food and water during gruelling journeys to abattoirs, where their throats are slit while they’re still conscious and able to feel pain. Turning animals’ skin into leather requires 130 different chemicals – including cyanide – and animal agriculture, which includes the leather industry, one of the leading contributors to the climate issues we are currently experiencing.

“The public deserves to know that behind every leather bag is a sensitive individual who died a painful death,” says PETA Vice President Elisa Allen. “Vegan leather doesn’t come with the emotional baggage of knowing an animal was killed for it, so PETA calls on everyone to consider the gentle cows who are carved up for leather and stick to cruelty-free carry-ons.”

PETA points out there are now more sustainably produced animal-free leather options than ever, including natural fabrics made from pineapple leaves, apples, and mushrooms, which removes the need to use animal hides. However, there are always two sides, and some will feel that if an animal has already been slaughtered for meat, why let its hide go to waste?

I wholeheartedly support the aims of PETA, and as an animal lover, I have done a huge amount of behind-the-scenes, positive work in my region to help and improve the lives of our indigenous wildlife. 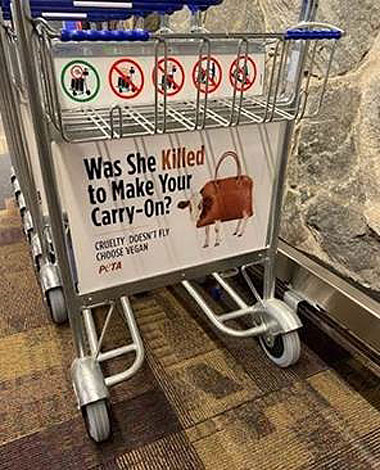 However, as much as I support the general goals of animal welfare organisations such as PETA, I believe that all advertising that could be construed in any way as political or could result in a negative reaction should be refused if others deem it inappropriate. It’s not only airports that I believe this should extend to; I feel the same way when it comes to advertising and views imparted within educational establishments and public businesses.

The next big health crisis facing the planet is poor mental health, and I feel that what PETA was trying to do, along with an endless stream of other organisations, would indeed have a negative impact on mental health.

My advice to every organisation that wants to get its message across is to stick to using their websites and social media channels where people can go to learn about them, should they decide to do so, rather than attempting to shove messages in front of faces.

I am well aware that charitable and commercial organisations want to garner as much support as possible. However, I believe the days of convincing others and cajoling need to be a thing of the past. So, in direct answer to the question posed in the headline of this opinion piece, yes I do believe UK airports are right to refuse the advert; that’s my opinion, and it does not represent the opinions of others involved with the magazine.

PETA – whose motto reads, in part, that “animals are not ours to wear or abuse in any way” – opposes speciesism, a human-supremacist worldview that fosters violence against other animals. For more information, please visit PETA.org.uk.