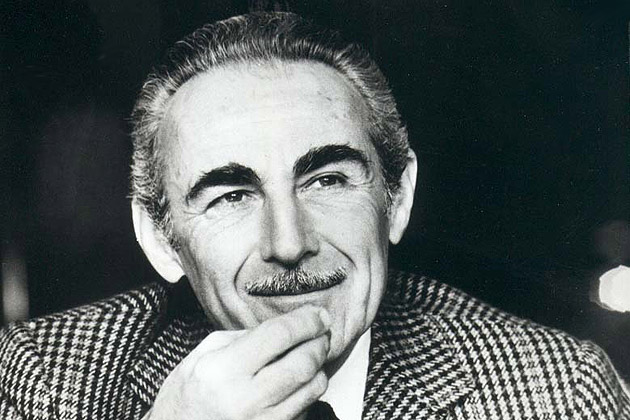 Created especially for Pierre Arpels in 1949, the watch that carries his name has become a legend, the symbol of an elegance which is discreet and sophisticated. The lines have stayed the same, but to celebrate the SIHH 2012, Van Cleef & Arpels presents a new, more contemporary, interpretation of this timepiece icon.

It is all about style, a sort of essential elegance: a beauty that is not flaunted but suggested. To understand this, all we have to do is observe Pierre Arpels in the opening scene of the French film “Fantômas”, shot in 1964. Van Cleef & Arpels agreed to lend the place Vendôme boutique for the filming of the first scene which is set at a prestigious jeweller’s. Pierre Arpels plays himself.

“A Rolls Royce stops at number 22, place Vendôme. A couple comes out: Lord and Lady Beltham. Behind the man’s aristocratic allure lies the famous thief, Fantômas, played by Jean Marais. The woman accompanying him is Marie-Hélène Arnaud, one of the most sought-after models of the 60s”.

“Pierre Arpels, impeccably attired, greets them. He kisses Lady Beltham’s hand with the perfect manners of a gentleman. He then discreetly leaves his clients in privacy to pick out a fabulous array of jewellery”.

The gesture is restrained and refined. It matches the man’s elegance. Every morning, Pierre Arpels chooses his suit, his tie, his shoes with the utmost care. For this man of the world, the search for harmony is essential. 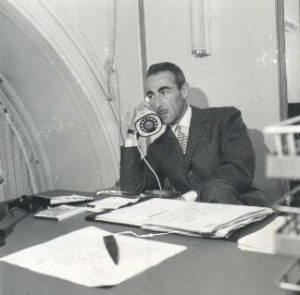 His clothes, his environment, his office giving out onto the place Vendôme, are all in step with his taste for quiet sophistication. It is this spirit that led him to create, in 1949, the watch he had always dreamed of. Pierre Arpels is 30 years old and, after the dark years of World War II, he is no longer a carefree young man. Like many of his peers, he has learnt the importance of going straight to the essence of things and “his” watch is the symbol of this outlook on life. The ostentatious excesses of the 30s, of his youth, the extravagant aesthetics and superfluous details, are over.

A perfect circle
The watch he imagines is a perfect circle, the most ancient and fundamental of geometric figures. A perfect line with no beginning and no ending. In the Feng Shui philosophy, the circle is a heaven for the spirit, a place of wellbeing and spiritual peace. The absence of the two lateral attachments that usually secure classic watch cases to their bracelets gives the impression that the circle is suspended in space. The only attachment is very thin and Pierre Arpels will make it even thinner, so that it practically disappears. Located at the top and the bottom of the watch, it is similar to the Earth’s invisible central axis which crosses the planet’s core and runs from one pole to the other.

A pure line
Pierre Arpels is very sensitive to the arts, European and Asian, but his tastes favour simplicity above all. On the terrace of his Parisian apartment, situated on the top floor of a modern building, he has created a Japanese zen garden where he can contemplate the restrained harmony of its design. He is constantly seeking out the balance of lines and shapes: if he had not become a jeweller, he would have been an architect. In each of his homes, in Paris or in the country, there is a studio where he can be alone to sketch, imagine and dream. 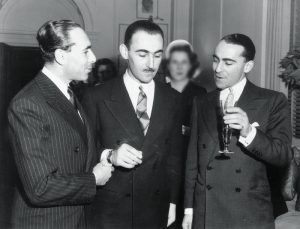 To him, beauty is what remains when the superfluous has been stripped away. And that is how he designs the dial of his watch. It is white, with a slightly matt finish. The two hands are represented by simple black batons. The Roman numeral hours are positioned on the circle of the dial with the utmost geometrical precision.

A thin case
A symbol of harmony and elegance, the Pierre Arpels watch is a very personal object, created only for him. He does not wish to display it like a trophy. For this impeccably mannered man, time must not dominate everyday life. He would consider it rude to be caught looking at the time during a moment spent with a client or a friend. That is also one of the reasons he has designed an extra thin watch. It must sit discreetly under the cuff of his shirt; slide out as smoothly as possible, without ever catching on the material, so as to go unnoticed.

A watch for day and for night
Businessman, designer, traveller and sportsman… Pierre Arpels is all of these. In the summer, he lives on his yacht and shuttles between Monaco and Cannes, on the French Riviera where the Maison has its boutiques. The vacation season is a very busy one. From the beginning of the Cannes Film Festival to the Monaco Red Cross ball, these summer months are filled with intense activity.

His watch is the ideal companion for his active lifestyle. He wears it at the helm of his yacht. During the day, going from one boutique to the other, it stays on his wrist. In the evening, whether he is greeting actress Romy Schneider at the Film Festival, or Princess Grace at the Sporting Club in Monaco, his watch is always there, under the right-hand cuff of his evening shirt. The occasion and the attire change, but the watch remains the same. Its white dial, yellow gold crown, discreet rounded attachment and black alligator bracelet are all that are needed to create the impression of perfect elegance, so valued by Pierre Arpels. It is the only objet to follow him from dawn till dusk.

With a slight reluctance, Pierre Arpels finally accepts to have his watch replicated for members of his family and a few close friends. In the end, it will be commercialised in 1971 under the name PA 49. Its fundamental lines will never be changed; the watch is part of the Maison Van Cleef & Arpels’ watchmaking heritage.

2012 – The Pierre Arpels watch
More than 60 years since its creation, this watch has become a timekeeping icon. For the SIHH 2012, Van Cleef & Arpels offers a new interpretation, whose pure lines, although more contemporary, celebrate the original model and the spirit of its creator. On the dial’s round surface, the hours are represented by Roman numerals in keeping with classic watchmaking tradition. They stand out with the same elegant simplicity as before.

The dial is still in white lacquer, but its centre has been adorned with a motif depicting both the Van Cleef & Arpels hallmark and the honeycomb pattern of a black-tie shirt front. Its new profile has been slightly bevelled, enhancing the watch’s discretion as it slips even more easily under the shirt cuff.

The extremely thin, rounded attachment, located at the top and bottom of the watch, is still present. Its simplicity accentuates the quiet elegance of the watch which sits so lightly on the wrist.

The bracelet is in patent black alligator skin, exactly as Pierre Arpels required. The innovation lies in the assembly of the leathers: they have been manually glued to each other so as to do away with visible stitching.