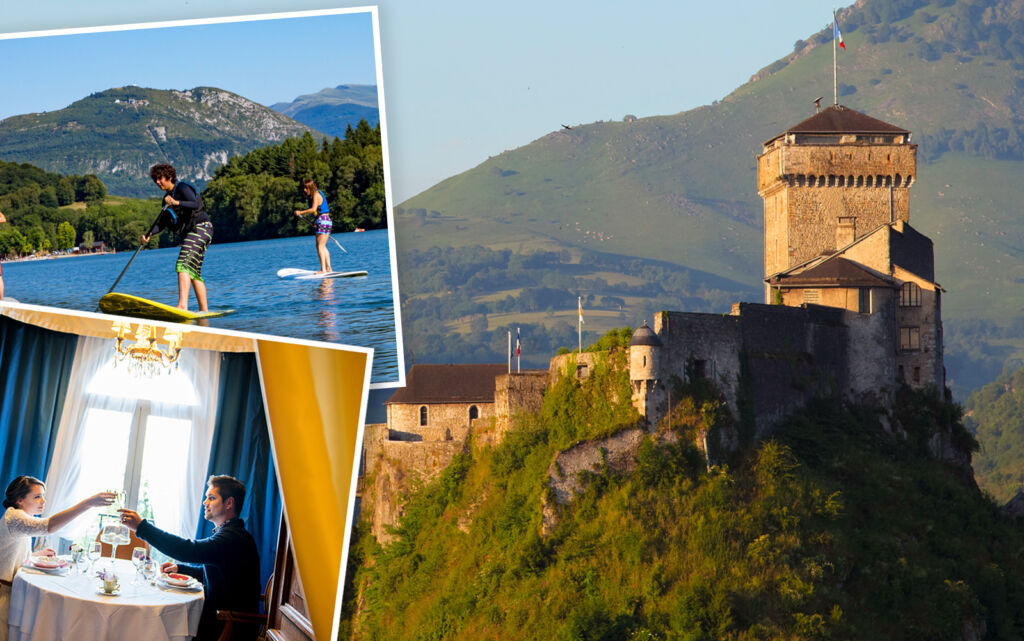 Look beyond the commercial side of Lourdes and you’ll find a city in the south-west of France that’s well worth visiting, says Gina Baksa.

Why visit Lourdes?
It was my first visit to Lourdes and this extraordinary Pyrenean pilgrimage city is hidden beneath mountain mist and rain. Lourdes has so much to offer visitors, from the Sanctuary and religious aspects to the historical castle, Pic de Jer, and numerous year-round outdoor activities in the Pyrenees. My only regret was that I only stayed 48 hours.

I highly recommend staying at least a week in Lourdes. That way you’ll have time to assimilate the spiritual impact as well as enjoy the many attractions in the town and environs, or you can explore the nearby Pyrenean mountain resorts and even venture into neighbouring Spain. 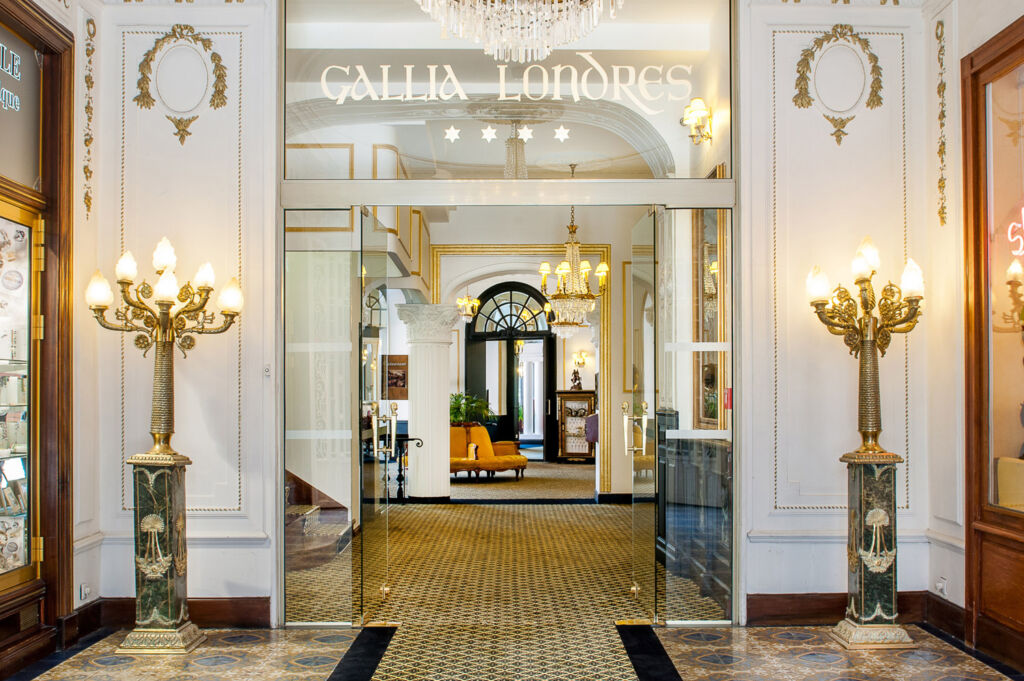 This meant that I had only a few metres of suitcase-wheeling before I was in the smart reception area being guided to my room on the fifth floor. 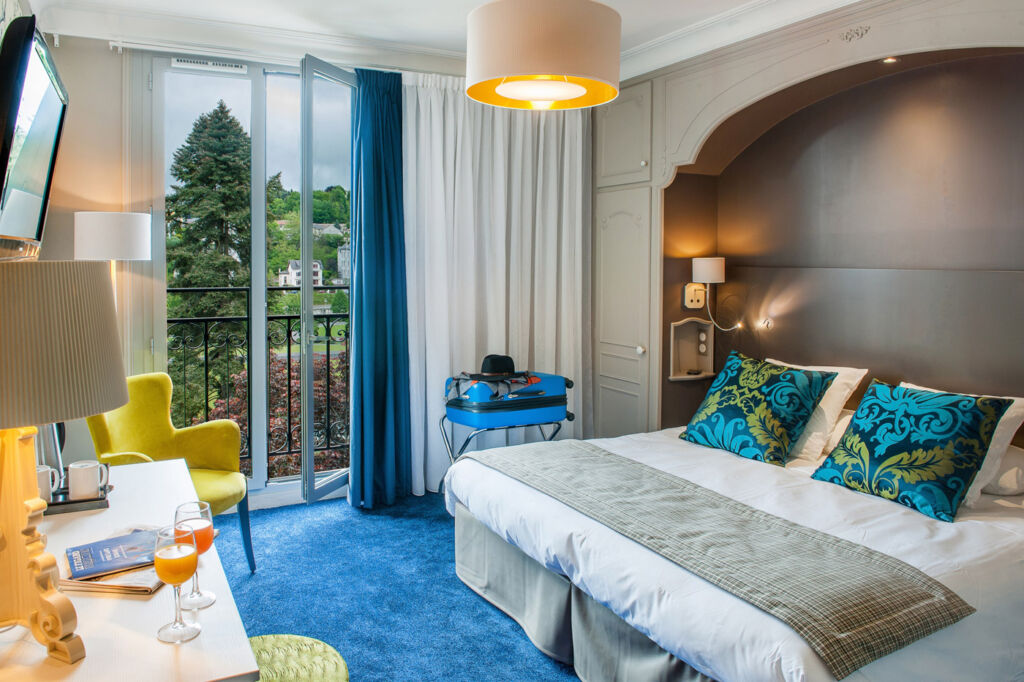 I was delighted to discover that my accommodation actually overlooked the grassy roof of the underground Basilica of St Pius X located on Boulevard Père Rémi Sempé. The church has the capacity to accommodate a staggering 25,000 people.

The story of Bernadette Soubirous
For those unfamiliar with the story of how the small town of Lourdes became one of the largest Catholic pilgrimage sites on earth, here’s some info: Back in 1858, 14-year-old local girl Bernadette Soubirous received 18 visions of the Virgin Mary. The most compelling of which suggested to the girl that a place of worship be built over the site where the visitations took place. The huge Basilica above the Grotto is just that. 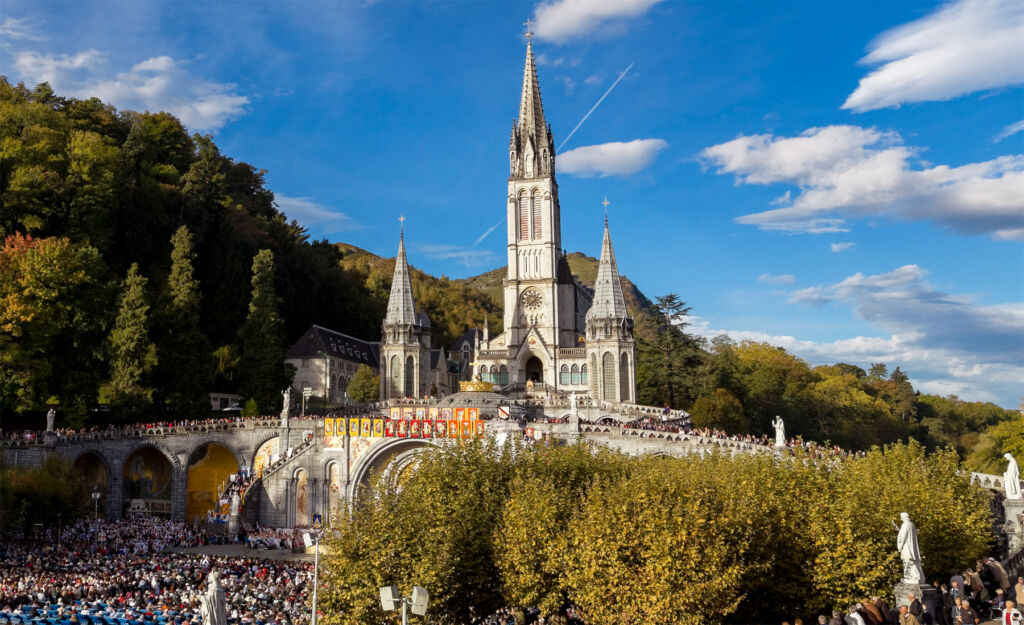 This year, 2019, marks the 175th anniversary of the birth of Bernadette, and the 140th anniversary of her death. Today, the Sanctuary of Our Lady of Lourdes is one of the world’s most popular spiritual pilgrimage sites, welcoming millions of visitors a year from across the globe. A commemorative musical is now playing in Lourdes charting the story of the innocent girl who changed the life of Lourdes and her inhabitants overnight. Composed by French singer Gregoire, the musical is well worth seeing – buy your ticket at the booth by the Pont Saint Michel.