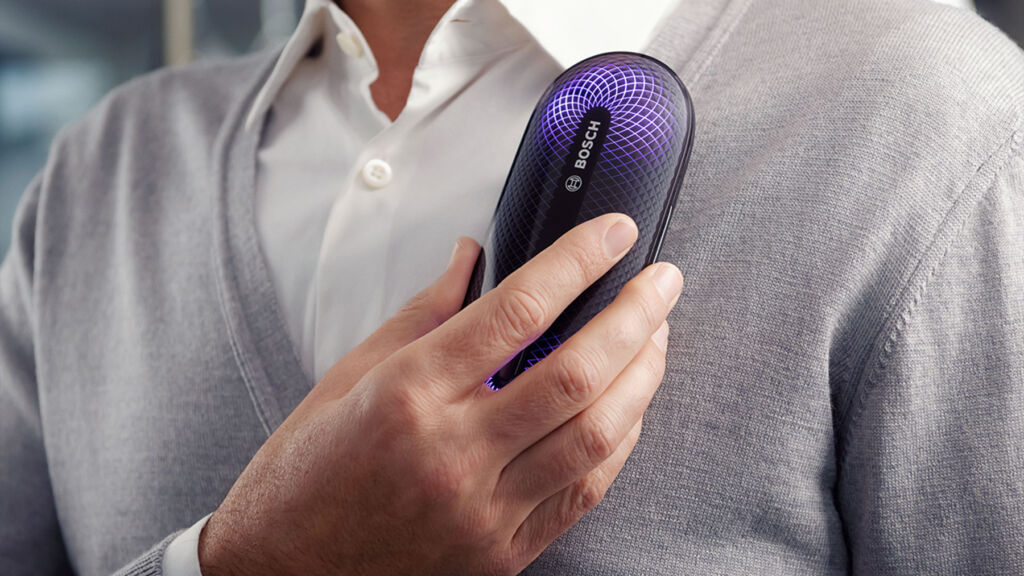 Simon Wittenberg tries out the newly-launched Bosch FreshUp, the first device of its kind that gets rid of odours in clothes using clever plasma technology.

You would have thought by now that Bosch would have conjured up every possible gadget that would be a commercial success, but the new FreshUp is the latest addition to their burgeoning product portfolio.

We were sent one to try before it went on sale, and it arrived padlocked until the code was given away at the virtual reveal. In fact, Gizmodo had already highlighted in March that the Bosch FreshUp was on its way to the UK and Germany following crowdfunding to secure 500 backers, so it was a bit less of a surprise than what it maybe would have been had this innovation remained a well-guarded secret.

The Bosch FreshUp was hailed as a completely new gadget that had never been seen before, and the purpose of this handheld and portable electronic device is to dissolve odours from fabrics, such as cotton and polyester, to instantly freshen them up without the need for any form of liquid, such as water, solvents or detergents, or often expensive dry-cleaning. 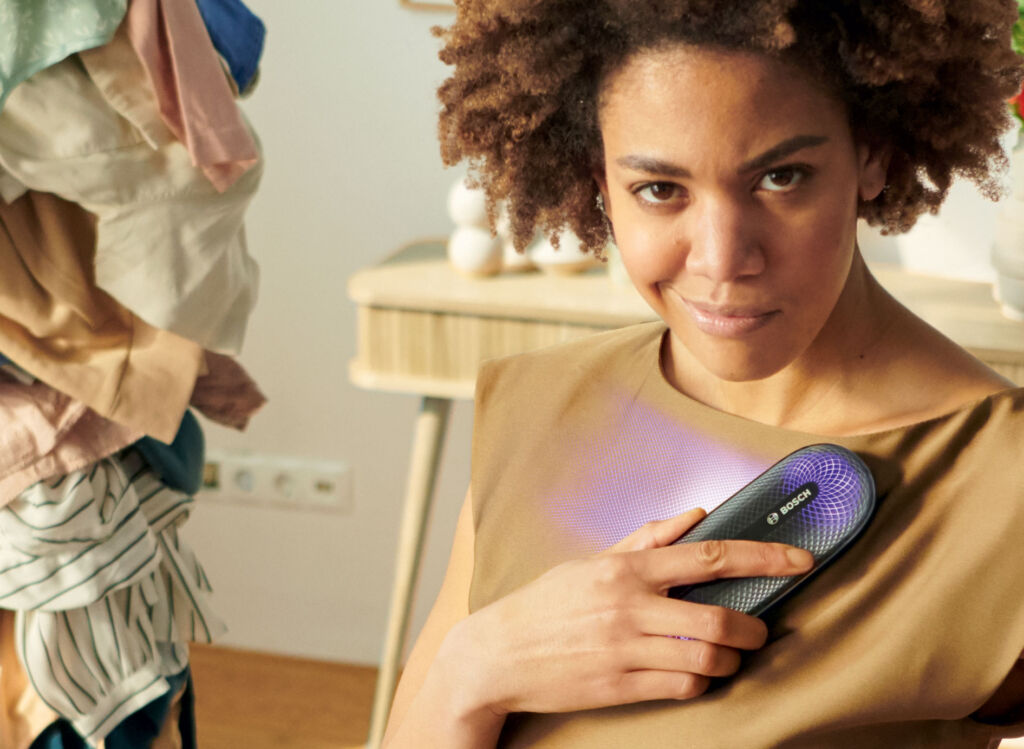 How does the Bosch FreshUp work?
The Bosch FreshUp calls on the power of plasma, often referred to as the “fourth state of matter”, sitting alongside solids, liquid and gas. It actually occurs naturally in the Northern Lights, the sun and lightening. However, plasma can also be generated artificially by man through ionisation, by breaking up ions, which in turn produces charged particles in the form of electrons and protons.

The Bosch FreshUp harnesses the energy from the activated plasma particles to dissolve the chemical bonds of odour molecules in the fabric fibres from things like cigarette smoke or perspiration when it is run over clothes, unlike sprays which merely mask smells.

The device is very easy to use, and everything happens at the touch of the power button. When you first start it up, it glows white, and then when you wipe it over the fabric, which is safe to do when you are wearing a piece of clothing, this changes to purple, which means that the plasma is active. As it uses this type of technology rather than liquids or chemicals, the FreshUp is easy-going on garments, so it can be applied to more delicate materials, including silk, cashmere and wool.

You will notice a harmless smell after using the FreshUp, which is a natural bi-product of the plasma being ignited and the odour molecules being neutralised. 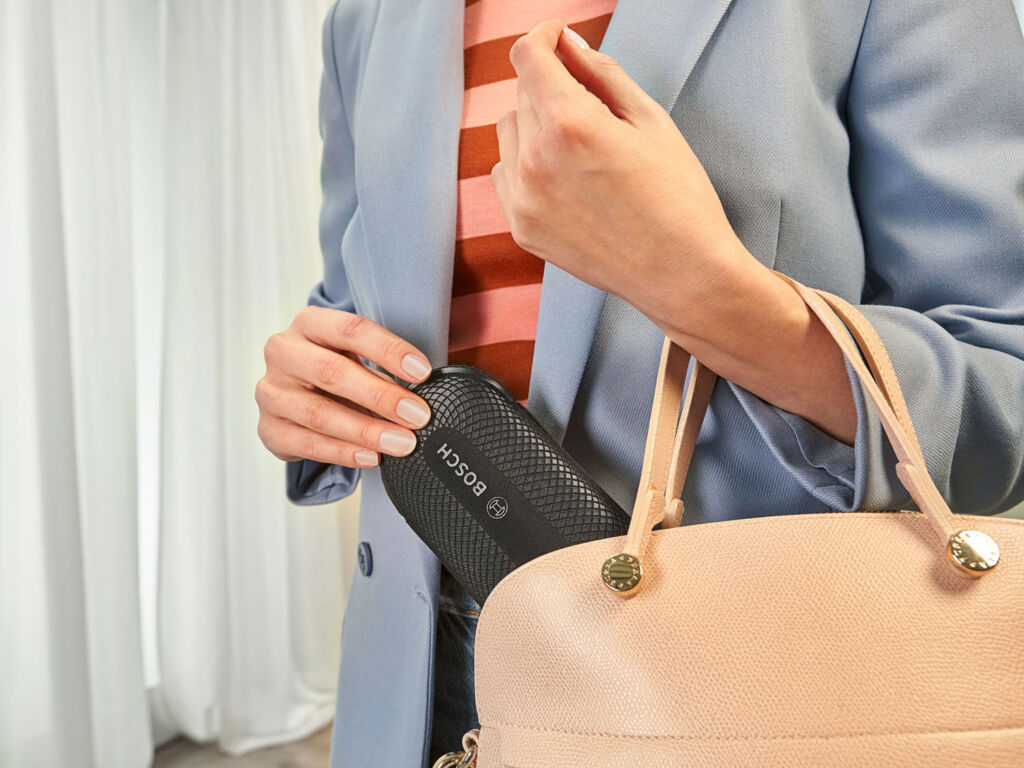 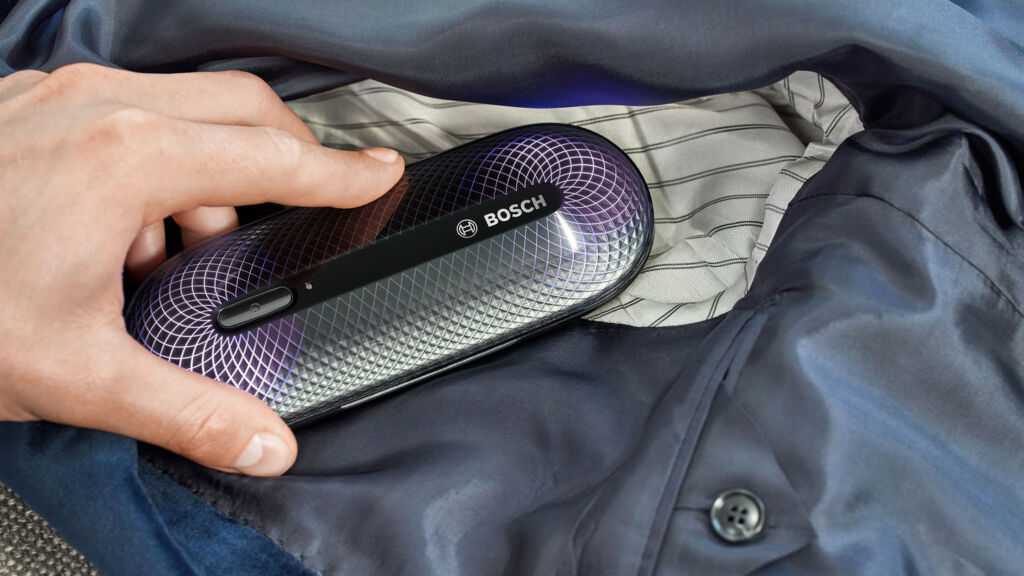 The Bosch FreshUp in summary…
It’s evident that a lot of thought and research has gone into this small piece of technology, but is the Bosch FreshUp worth its hefty £249.99 price tag? It is if you’re constantly on the move and are pressed for time, but with a lot of people now stationed at home during the working week and coming into contact with others, we are not so sure.

This concept probably sounded good on paper a few years ago, but in our opinion, this gadget would have done a lot better had it come to market pre-Covid when people were out and about a lot more, which is, of course, changing as restrictions loosen. Only time will tell to see if the FreshUp is going to be a roaring success or if Bosch needs to go back to the drawing board to freshen up their product range in a completely new direction.

The Bosch FreshUp – Where and How?