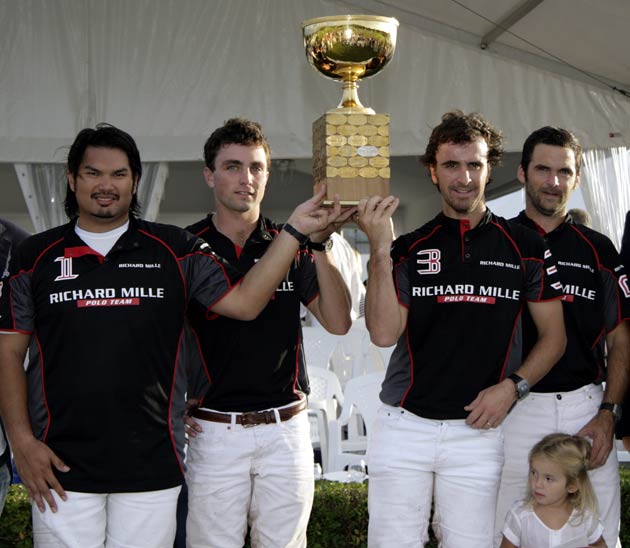 More than 900 people gathered in Deauville, one of the most prestigious seaside resorts in France, to attend what was expected to be a highly competitive match. Scores were very close until Richard Mille prevailed 14 to 12 at the last chukker with two penalties converted by Pablo Mac Donough. Royal Barriere’s fierce fight back levelled the score 14-all just when the match went into overtime. A hard fought extra chukker led to a 60-yards penalty for Richard Mille and declared the team’s victory.

Pablo Mac Donough stands alongside Felipe Massa, Rafael Nadal and Bubba Watson in wearing a Richard Mille watch during his tournaments, the RM 053 Pablo Mac Donough tourbillon, an exceptional timepiece created specifically for him and launched earlier in the year at the Salon International de la Haute Horologerie. 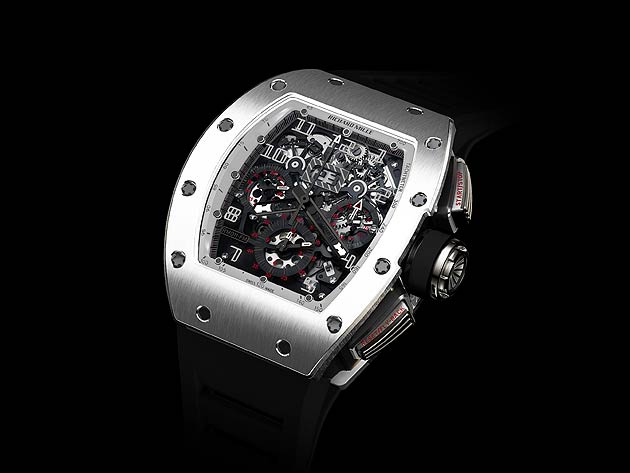 The RM 011 Polo de Deauville comes in a white gold case with a titanium DLC-treated caseband and black rubber strap finished with a buckle in white gold and titanium. The piece takes its inspiration from the colour palette of the Deauville International Polo Club in the choice of case material and details in the dial. The club’s logo is engraved on the rear sapphire glass, whilst red details on the sub-dial numbers and on the pushers complete the sleek look of this exceptional timepiece.

The RM 011 Polo de Deauville will come in a special limited edition box customised to match the edition number of each timepiece. The box also contains a second strap in black alligator with red stitching.