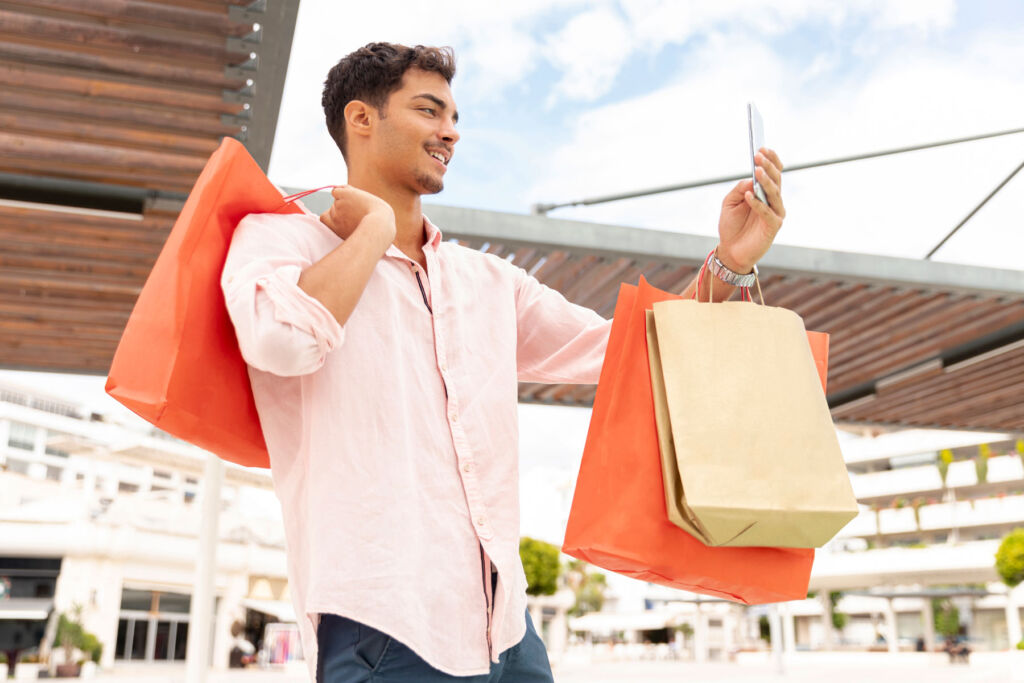 New research commissioned by the Post Office has found that a third of British shoppers would be flattered if asked for ID, whilst Gen Z and millennials are most likely to feel anxious. The findings come as the Post Office pushes out its EasyID digital identity app that allows customers to prove who they are from the convenience of their smartphone.

Life is strange; when you’re younger, you want to look like you are older, and it’s the opposite when you move past a certain age. I freely admit that I am at that age that if someone asked me to prove I was old enough to purchase something, I would think they were in dire need of glasses, which would be quickly followed by enjoying the compliment. A new poll commissioned by the Post Office involving 2,007 adults has shown that I am not alone.

Results from the new poll show that a third of shoppers (33%), like me, would be very flattered if asked for ID when purchasing age-restricted products, with those over the age of 65 most likely to go red at the check-out. As expected, those in the Gen-Z and millennial age groups would be less flattered.

However, the poll also revealed a quarter (26%) admitted they would have more negative feelings toward being asked to show how old they are, with one in 10 (12%) saying they’d be annoyed.

The study commissioned by the Post Office found that six in 10 regularly carry physical ID with them, despite a third of consumers (32%) believing that doing so is outdated. Forty-seven per cent admitted they fear losing their ID when out and about. In fact, the study showed that Brits are less concerned with losing wedding rings or keys than their passport and driving licenses. 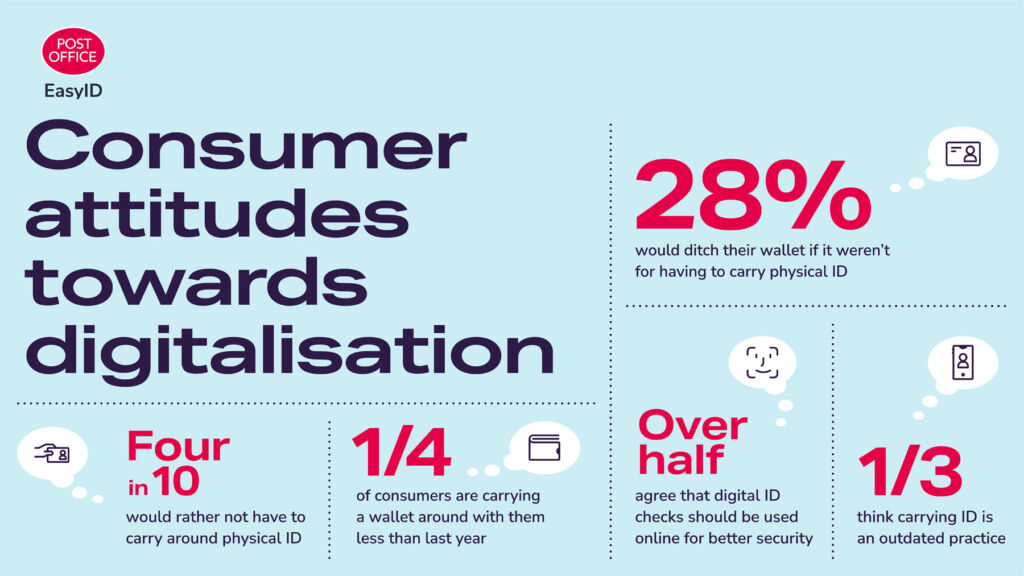 In an increasingly digital age, the survey identified that the need to carry a physical ID was the main thing stopping 28% of consumers from getting rid of their wallets.

Over a quarter (27%) are carrying their wallet around with them less than last year, increasing to over a third (37%) amongst those under the age of 34. In contrast, more than four in 10 (45%) would rather not have to carry around any physical ID at all.

It also emerged that the necessity to use physical IDs in everyday lives leads to one in 10 (11%) being caught out each month by not having it with them.

Launched in August last year, Post Office’s EasyID is a digital identity app that allows customers to prove who they are from the convenience of their smartphone.

A similar study commissioned by the Post Office earlier this year also found that collecting a parcel was the most common reason for needing to prove age or identity in the previous 12 months, ahead of purchasing age-restricted items and registering for a bank account.

Elinor Hull, Identity Services Director at Post Office, said, “At the Post Office last year, over seven million items were collected from branches across the UK. In order to keep parcels safe and secure, proof of identity is required.”

“Our research showed parcel collection is the most common reason for needing to prove identity. With EasyID installed on their phone, shoppers can make sure their trip in branch is a breeze and ensure they don’t leave empty-handed.”

The survey also looked at consumer attitudes towards the increasing digitalisation of everyday services, with over half (52%) surveyed agreeing that digital ID checks should be used online to provide greater security.

Online banking, accessing Government websites and using the NHS app were identified as the main areas where consumers believe digital ID checks should be used.

Elinor added, “For many people, leaving their wallet at home and going digital is the ambition. Digital ID can be at the forefront of our everyday lives, providing simple, convenient solutions to shoppers’ everyday tasks.”

Top five occasions for Brits needed to use some ID in the last twelve months: