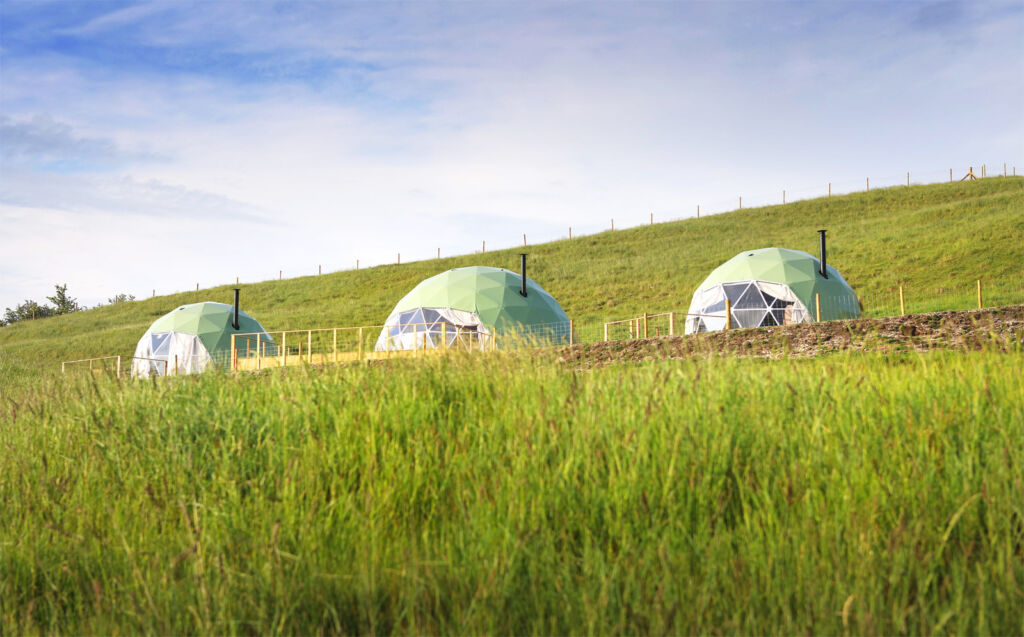 Online Editor, Simon Wittenberg, leaves bricks and mortar behind to try out luxury glamping at The Private Hill on Thrussendale Farm in the heart of the North Yorkshire countryside.

Overview
I’ve heard a lot about glamping over the years but had never really had the opportunity to try it. When I received the invitation to stay at The Private Hill, I was intrigued to experience glamping for myself as it would be something completely different, but at the same time be similar to staying in a five-star hotel.

Located near a village called Acklam (near Malton, not Middlesbrough), on the edge of the famous Yorkshire Wolds, The Private Hill is the brainchild of Roddy Hamilton who has previously worked for the likes of Diageo and Jaguar Land Rover. Wanting a change of scene, he bought a farm in 2015, and towards the end of last year, he started to look into the prospect of sharing the 60 miles of uninterrupted views of the lush green countryside with others.

The local council was very supportive of Roddy’s idea to use the land to drive tourism in the area, and during the months that followed, Roddy undertook extensive research and a planning application, and explored numerous options of how to accommodate guests on the hillside of his property which was no longer of use for grazing cattle. He settled on the idea of using domes, rather than lodges, as they offered more space and light and would blend in seamlessly with the surroundings. After looking at structures from countries including China and Portugal, Roddy sourced five 100% waterproof and insulated geodesic domes from Poland as part of a significant upfront investment of around £350,000. 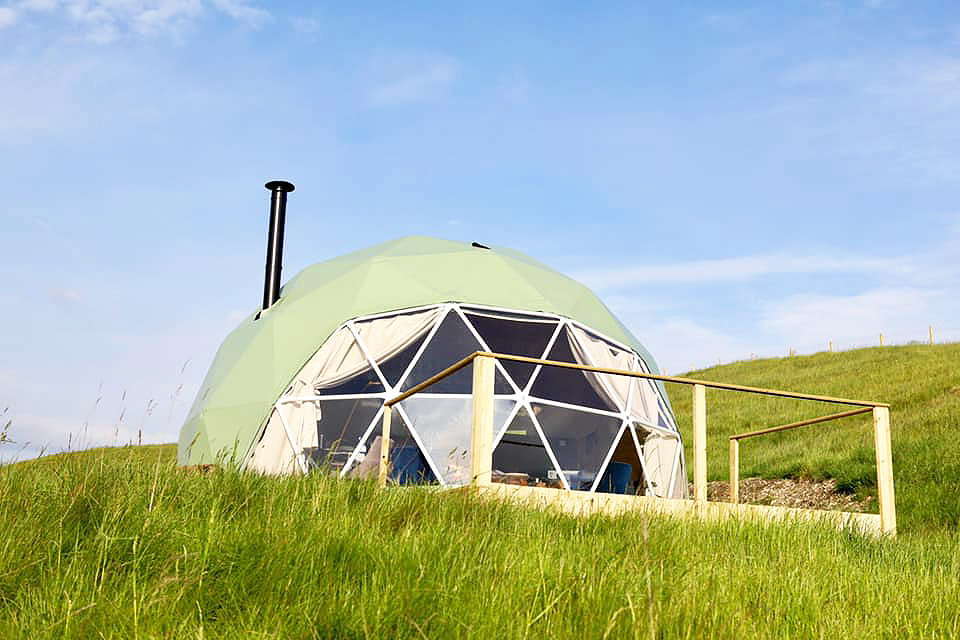 What is a geodesic dome you may ask? Well, Wikipedia (the fountain of all knowledge), describes it as “a hemispherical thin-shell structure (lattice-shell) based on a geodesic polyhedron”. Not overly helpful, so using less technical language, it’s a dome made up of triangular-shaped reinforced steel segments and a canvas outer layer, capable of withstanding wind speeds and gusts of up to 151 mph in the case of The Private Hill. 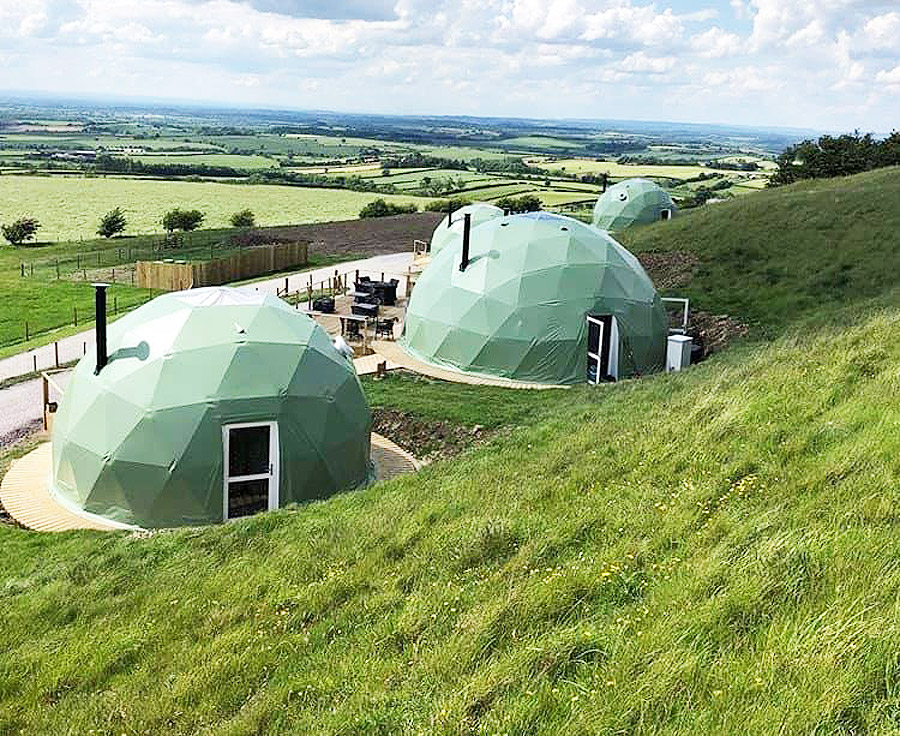 Following three months of what sounded like a fairly challenging construction (think something out of Grand Designs), and the vital connection of services such as electricity and water, in addition to the installation of a hidden eco-friendly sewage treatment plant and a new tower to support the on-site Wi-Fi network, The Private Hill was formally opened on 1st June, 2019. Four of the domes, which are named after the Aberdeen-Angus cows which Roddy used to own, form the accommodation for guests.

The fifth houses a cosy café and bar which is fully licensed to serve alcohol and is open to individuals who are staying and to non-residents alike. In fact, The Private Hill has become a popular stop-off point for cyclists thanks to being located on a popular route for those taking to two wheels. A favourite beverage of ours, which you must try if you visit, was the very flavoursome and locally produced Yorkshire Wolds apple juice.

Five members of staff work alongside the Hamiltons and provide the friendly and personal service to which we became accustomed throughout our stay. After leaving your vehicle in the main car park, it’s a short walk up the gravel path with your luggage for the swift check-in at the main dome, where you are given an information pack, your key and a delicious complementary flapjack. A guided brief tour of the main facilities of the dome then follows before you are left to relax and enjoy the tranquillity and beauty of this stunning location.