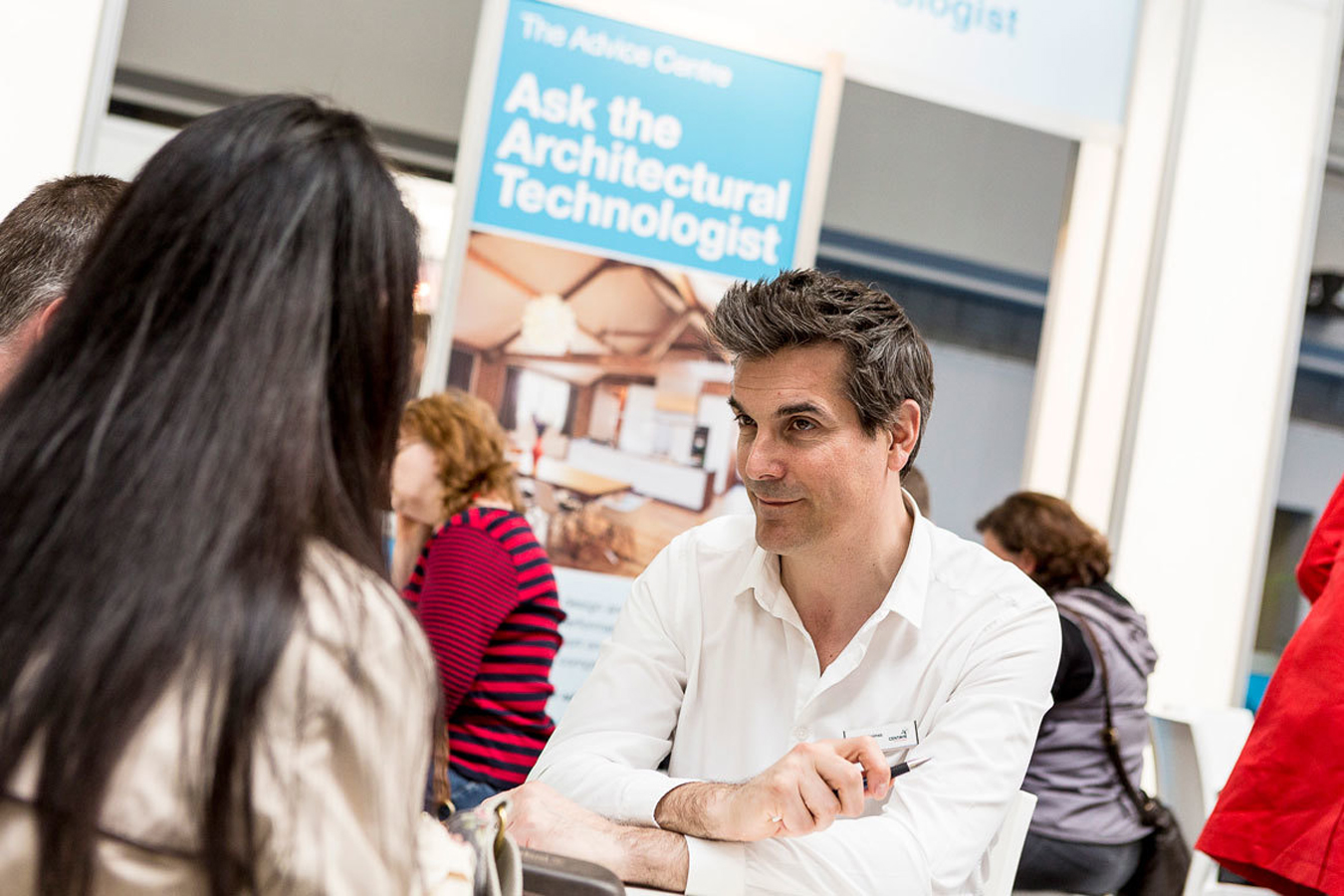 Various UK governments have sought to create a more accessible property market, the latest white paper seeks to achieve exactly this, do the property experts think the recommendations will solve the problems?

Probably the biggest hurdle the White Paper seeks to overcome is the lack of supply, but how does the government go about solving this? To build more housing, you need land and much of this is designated as green belt, so, should they make it easier for the developers to get planning permissions or should they appease those who wish to protect Britains countryside?

It is commonly agreed that 250,000 new homes need to be built each year and much of this new stock needs to be classed as ‘affordable’. It is likely that many of the UK’s existing homeowners will say “Not in my back yard” meaning not near me – an obvious reaction. However, if a solution to the problem isn’t found, many of these homeowners could be facing a fall in value on probably their most valuable asset as the market slowly grinds to a halt.

There appears to be no straightforward solution which will make all parties happy, let’s see what the property industry experts have to say about the recommendations within the white paper:

eMoov CEO, Russell Quirk, comments: “As always, commendable that the Government should look to again address the housing crisis, but there is an all too familiar theme of ‘close but no cigar’ where today’s announcements are concerned and a real lack of ambition. Although this paper will be cautiously welcomed, much of what Mr Javid announced today was nothing but recycle rhetoric and statistics from previous announcements, and as always, the Devil will be in the doing. Rather than make any real steps towards a solution, today’s changes seem to only trim the fat from a system that is fundamentally broken.”

On the Green Belt
The stubborn stance on green belt is disappointing, there are swathes of land that are classed as green belt that should not be labelled as such, which could go a long way in addressing the shortage of land needed to build.

We must be more grown up about building on green belt and we are only talking about 1% of it, but it would seem the Government are more concerned about going to war with middle-England than they are with addressing the housing crisis.

On Developers and Building
The reduction in time between planning permission and the start of building is such a small aspect of the problem that it will barely make a dent to the overall outcome.

The move to encourage developers away from low-density areas, whilst helping to fund smaller firms to challenge the big players in the space may incite more competition and more extensive housing projects, but we need these developers to be encouraged to actually build in the first place. Something they currently aren’t doing due to a lack of incentives.

In fact, all we have really seen from developers of late is the disgraceful backhanded tactics of selling off leases behind the backs of homeowners. This is a practice fuelled by greed to maximise the profit made by these developers at the expense of the homeowner, under the guise of addressing the housing crisis whilst they’re in fact fuelling it. Rather than potentially increase the number of them building, these developers need to be first brought to account for their actions.

Again, the promise of stamping this out is a commendable one, but one that is unlikely to come to fruition.”

John McAuliffe from McAuliffe Environmental: “The government’s renewed dedication to construction on brownfield land is great news. The additional commitment to building on smaller sites does pose issues however, as the division of larger sites may lead to increased regulatory complexities. Careful considerations need to be made, as sites of less than half an acre will barely cover an acre of net developable land, having minimal impact on the overall shortage of new homes.

“Planning fee increases of 20% are also an excellent initiative, provided that local authorities are also given specific targets. This includes hitting the 13-week planning period, so that developers see the surety of outcome for the additional 20%. Should they fail to meet such deadlines, this 20% should be discounted to provide a performance incentive. Cracking down on local authorities opposed to development also brings a much-needed impetus to local councils with an anti-development stance, often putting developers off certain council-controlled areas.

“The government’s plans to encourage build-to-rent by creating a separate affordable housing class could backfire. The build-to-rent sector is currently enjoying massive growth, targeting sites between 50-100 units which larger housebuilders won’t touch. If the government imposes 20% affordable market rent, it will render some of those sites unviable and reduce end margins, which often rely on an element of open market units to assist viability.”

Jean Liggett, CEO of Properties of the World: “I think the Housing White Paper is fairly weak, and will not deliver on the Government’s objectives. For example, the Housing Infrastructure Fund of only £2.3 billion is just pennies. This translates to very little money per council across the UK, and thus will have little or no impact on addressing the acute housing shortage that the UK is facing.

I also think the Government’s approach is to pass the buck to the councils. As it is right now, due to austerity for a number of years, councils have had to cut back on key services. That has meant that planning departments are under-staffed and the many of the experts working in them have moved on to other jobs. Where is the money? Maybe Theresa May expects them to be alchemists.

Regarding the funds of just £7.1bn for housing and local authorities for a more flexible affordable homes programme, again this is not very much money.

I am not sure that the government has the answer in translating planning permissions given for housing to the delivery of the properties. One of the reasons for this is under-funded planning departments in councils.

Yes, I agree that the planning procedure needs to be simplified, but the onus seems on the councils to sort this out, with the government using a ‘carrot and stick’ approach.

An important issue that has not been mentioned in the White Paper is the shortage of skilled labour in the building sector: carpenters, bricklayers, electricians, plumbers and the whole lot. With the UK leaving the European Union, it will get worse. What is the government doing to set up colleges, and apprentice programmes to train them? We are so far behind Germany. It’s no surprise that Germany is a manufacturing powerhouse, as they have apprentice programmes and in-house training programmes. Chief executives of companies in many cases have worked on the floors. That also provides for better communication and productivity.”

Frazer Fearnhead, CEO of The House Crowd: “The announcement that the government is cracking down on local authorities opposing development is good news. Councils with an anti-development stance can be hugely obstructive for housebuilding, and without action, the government will fail to satisfy the ever-increasing demand for residential property. Provision for affordable housing also varies significantly between councils, and this needs to be addressed to give new housing figures the boost they sorely need and prevent certain areas falling behind.

“For developers, it often seems that councils put innumerable hurdles in the way of housebuilding. This can include complicated regulatory processes, non-adherence to agreed timetables, innumerable surveys and significant fees before any progress is made. The entire process needs to be simplified to incentivise house building, as council’s demands are so prohibitive and expensive that developers often decide projects are simply not worth pursuing.”

Property Expert and spokesperson for The National Homebuilding & Renovating Show, Michael Holmes: “NaCSBA is very pleased to see government policy is ever more supportive of custom and self-build. The White Paper shows clear ongoing commitment to The Right to Build and the promise to introduce more legislation should local planning authorities fail to fulfil their duty to assess demand for custom and self build, and permission sufficient plots to meet that demand.

“The White Paper sets out the Government’s support for the RightToBuildPortal.org.uk which provides links to all local authority demand registers. It also confirms the extension of CIL relief for custom and self-build homes, and support through the Accelerated Construction Programme, which could see direct commissioning of serviced plots of custom build starter homes.

“The White Paper also sets out the Government’s support for the soon to be launched Right To Build Task Force, which will assist local authorities in bringing forward schemes for custom and self-build homes through expert advice.

“Another significant development is the response to NaCSBA’s request for national planning policy to be changed to allow small ‘windfall’ sites to be brought forward outside of the local plan for housebuilding, in particular for custom and self-build homes. Using small undeveloped sites within existing settlements is also given greater emphasis, and although not specifically mentioned this might well include large gardens.

“NaCSBA supports the new proposals to ensure accurate housing market demand assessments and will request that this includes an assessment of demand for custom and self-build homes, as a second evidence base for demand alongside the Right to Build Demand Registers.

“NaCSBA would be concerned that policy to encourage greater development density on sites does not lead to refusals of custom and self-build homes on larger plots where the owners’ intention is to create a single dwelling for their own occupation. This would be to hamper the ambitions of private individuals wishing to design and build their own home and meet their housing needs.”