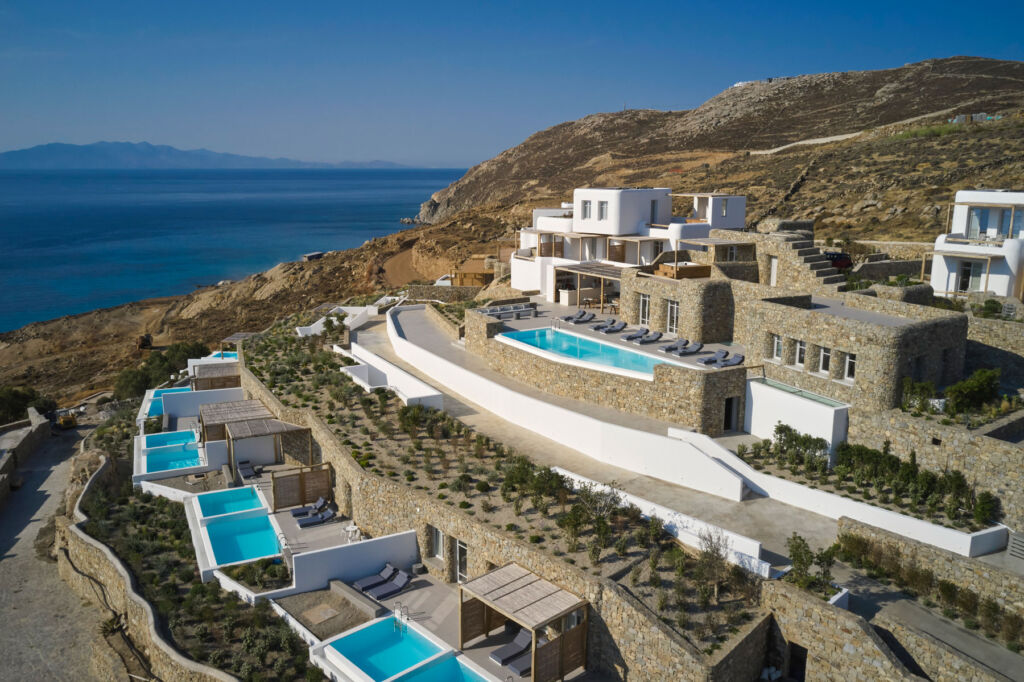 We’re at that time of the year when people are getting itchy feet and feeling the need to escape from the ‘Madness’ to somewhere they can unwind and de-stress. If Greece is on your travel wish list, we have something special to show you; it’s the newly opened Radisson Blu Euphoria Resort which looks picture-perfect.

I’d admit, when I see the brand name Radisson, I rarely think of high-end luxury travel, which is one reason Radisson decided to branch out by adding the word Blu to its name. The Raddison Blu branding allows the renowned hotel group to distinguish its more unique and smaller properties, and their latest offering is the rather lovely Radisson Blu Euphoria Resort.

The word resort can be confusing as it generally conjures images of large sprawling properties. However, the word’s literal definition is quite simple: a place frequented for holidays or recreation. Some people do want to be in large sprawling properties filled with 100s if not 1000s of people, but I am not one of them. If I can’t have my own private bubble, the next best thing for me is a property like the Radisson Blu Euphoria Resort. 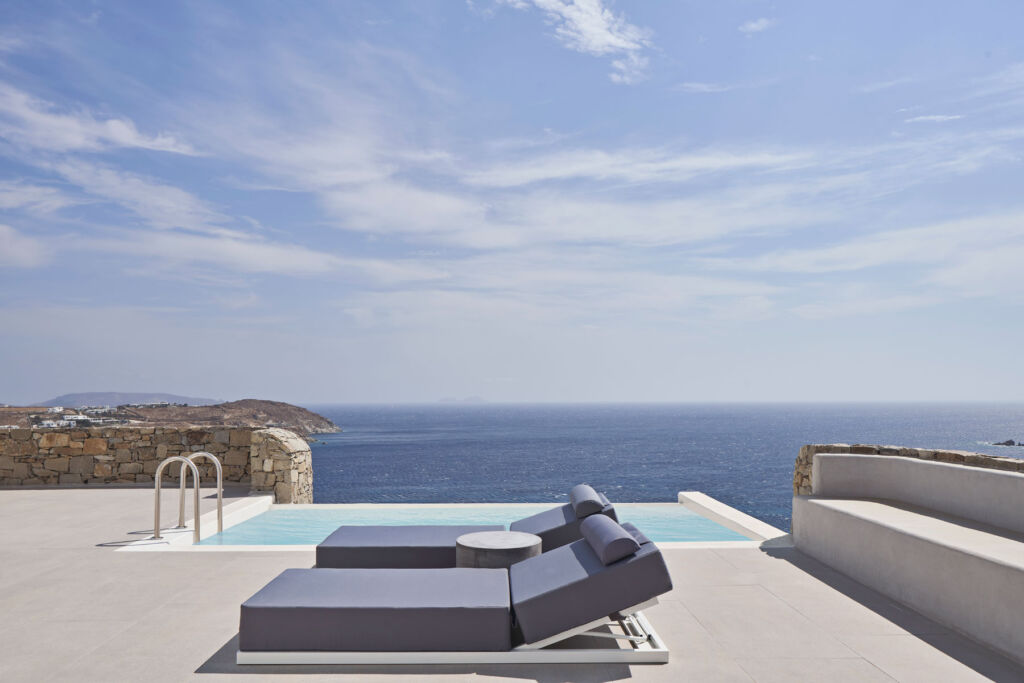 This resort is small compared to other resorts, but its size, coupled with its location, is one of its major draws. The Radisson Blu Euphoria Resort is set in a beautiful cliff-side location on the southern part of Mykonos Island and overlooks the mesmerising Aegean Sea. You can imagine the excitement on the faces of the senior Radisson executives when they first saw where the property would be located.

The Radisson Blu Euphoria Resort, Mykonos, is designed to offer guests an upscale boutique experience surrounded by iconic Cycladic design with whitewashed walls. One of the big plus points of this resort is its close proximity to the beach. It sits on the periphery of what I call the hotel Goldilocks zone, not too close to the vibrant live music scene and the bars and restaurants on Kalo Livadi beach, yet still within easy reach should some extra fun be required.

The resort’s beautiful architecture is one of the major selling points for me. With stunning views, not overly fussy character and decor, and beautiful views, it looks like an ideal place to relax and practice some much-needed meditation. 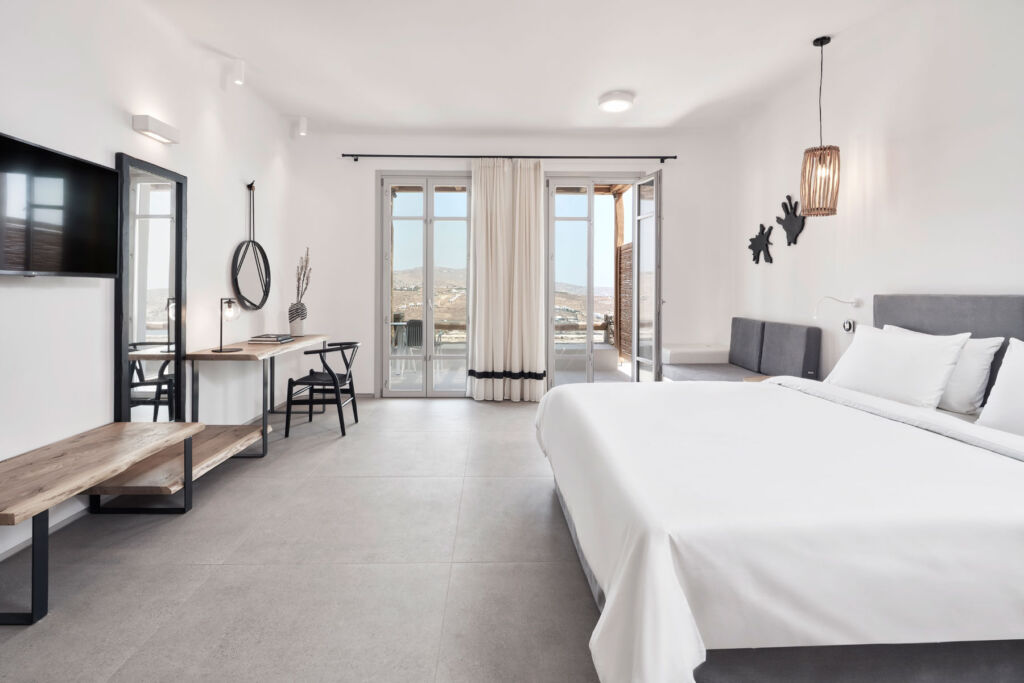 As I mentioned, the Radisson Blu Euphoria Resort, Mykonos, is not a spawling characterless monstrosity of a property. Surprisingly, it only has 34 rooms, all of which have been stylishly furnished and draw inspiration from the whitewashed architecture of the Cyclades. The rooms feature traditional white painted walls, accentuated by furniture with light wood tones. As expected, most of the rooms offer spectacular views, including the rather special Euphoria Suite, which comes with a private pool and spacious terrace. 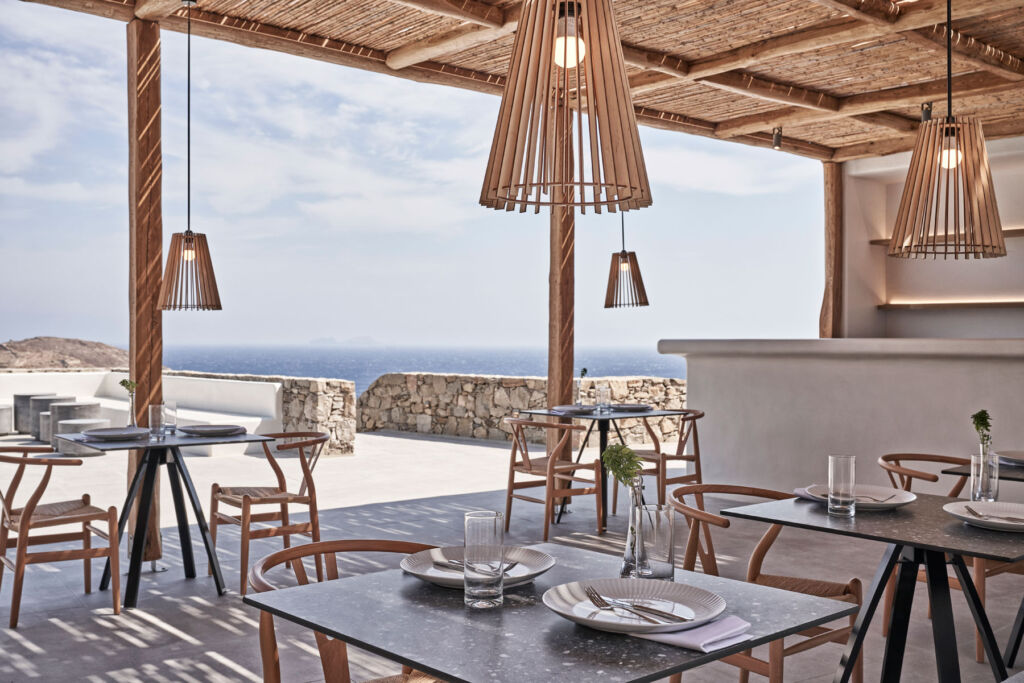 The Radisson Blu Euphoria Resort also has its own stylish restaurant, which, to keep things straightforward, is called the Euphoria Restaurant. The menu is focused on taste with a bias towards health and offers the best of Greek Cuisine, made with fresh seasonal ingredients, and is joined by an impressive wine list for those who enjoy a tipple with their meal. 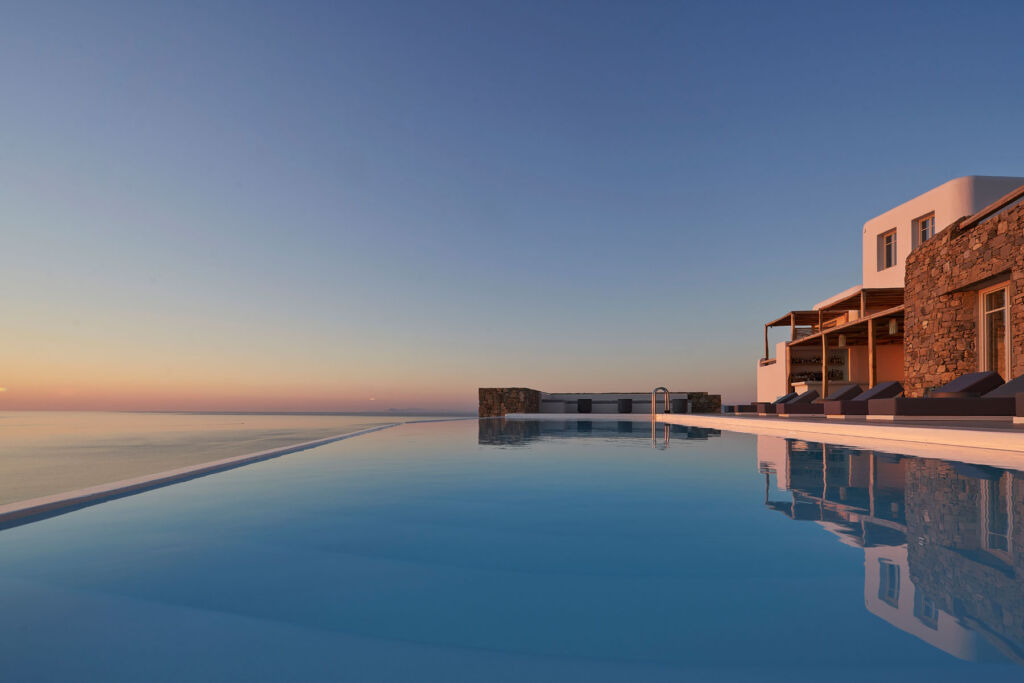 At the heart of the resort is the impressive swimming pool along with the (you’ve guessed it) Euphoria bar, which serves a range of cool drinks, snacks and juices during the day.

No upscale boutique resort would be complete if it didn’t offer some pampering, and the good news is The Radisson Blu Euphoria Resort has this covered. The resort has a range of spa treatments to choose from, along with facial treatments, massages and bespoke wellness packages. In addition to this, it also boasts an indoor jacuzzi and a Hammam where guests can find their inner Zen.

Mykonos is a great place to explore if you’re after something more than just the sun and beach life. The island is packed to the brim with history and archaeology, which can be seen in greater detail at the nautical and archaeological museums. In addition, there are monasteries and churches to explore and even some ancient castles, which were used to protect the local population against marauders and pirates.

Although some will prefer to turn a blind eye to a certain nasty virus that has played havoc with people’s lives over the past few years, sadly, it is still here on the planet. To ensure guests are kept safe and healthy at the Radisson Blu Euphoria Resort, Mykonos, a safety protocol developed in partnership with SGS has been implemented, which consists of in-depth cleanliness and thorough disinfection to ensure guests and staff remain healthy.

ToursByLocals will Take You Gorilla Trekking at Volcanoes National Park