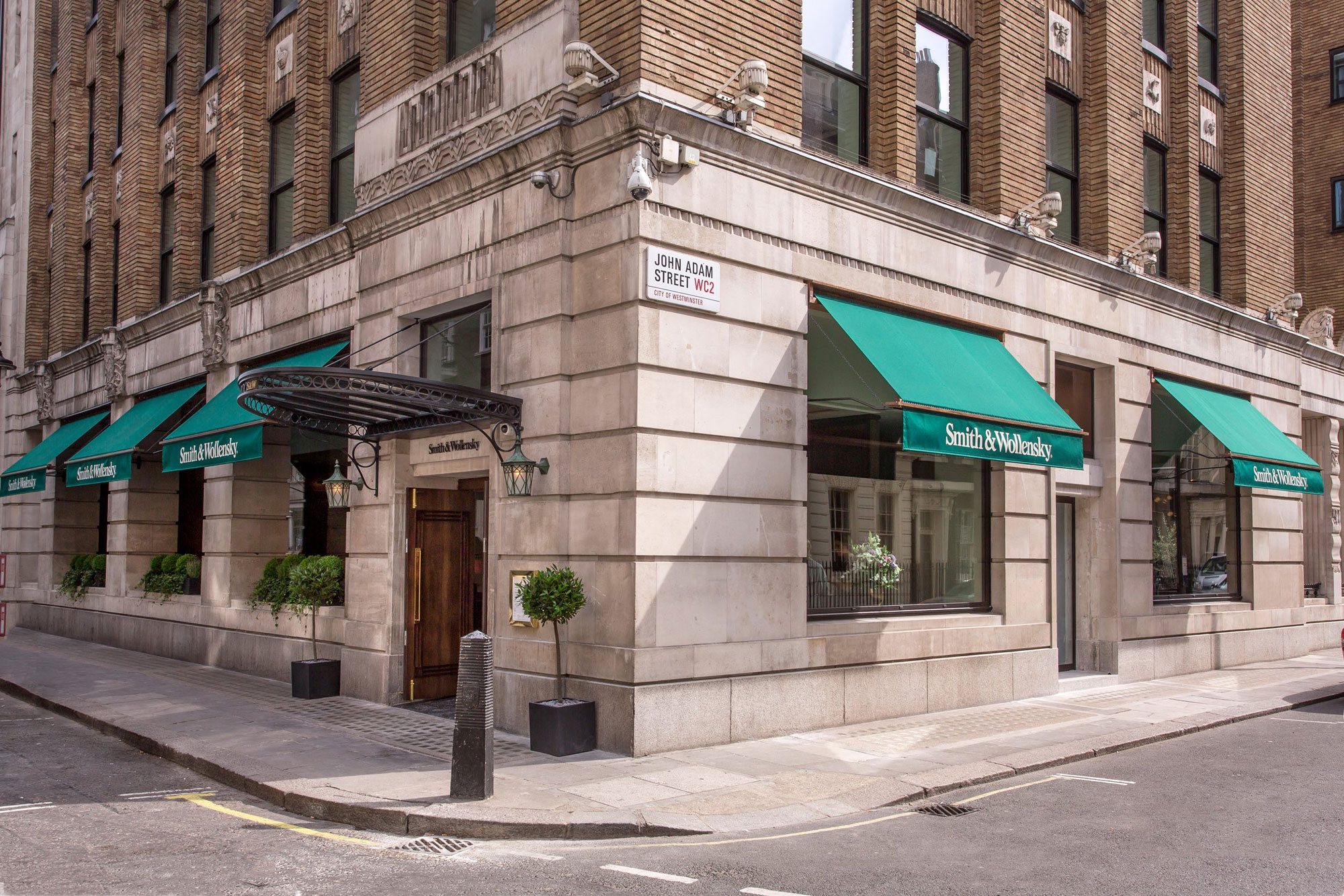 For a bit of background, Smith & Wollensky first opened its doors in 1977 as America’s premier fine dining steakhouse, and prides itself on the best USDA Prime cuts, premium seafood and a great selection of wines and cocktails.

The restaurant group has grown significantly since then, thanks to decades of success, and now counts numerous locations in major cities such as Chicago, New York, Washington D.C and Boston. 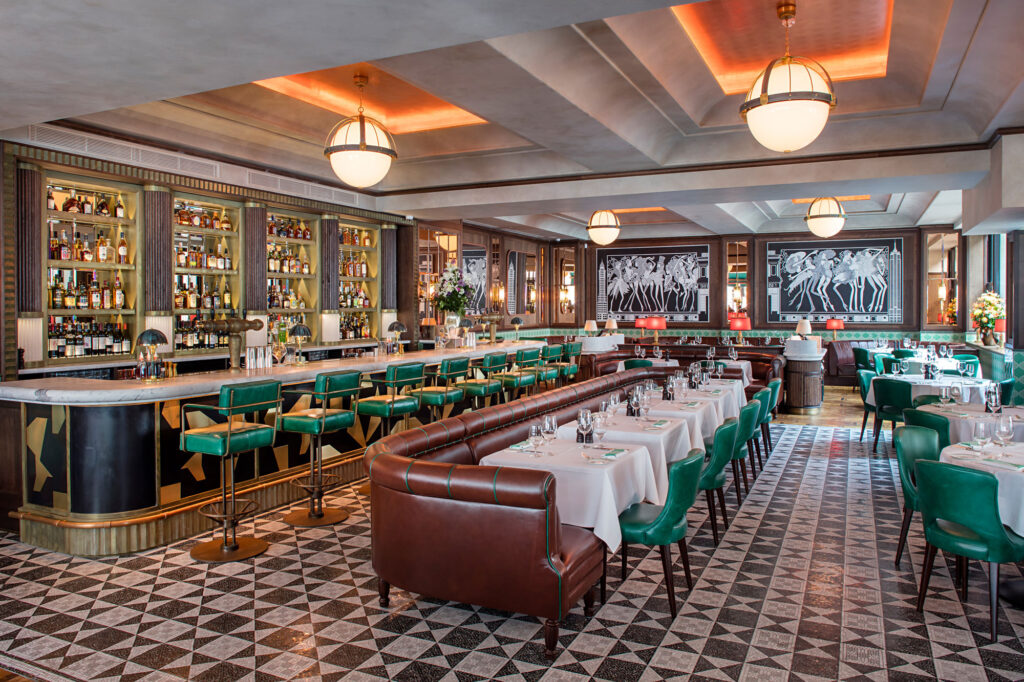 Smith & Wollensky London was unveiled on the 18th of June of this year following a six-month refurbishment and was the first opening for the company beyond the shores of the USA. It sits in the historic Grade II-listed Adelphi Building off of the Strand on two floors – one on ground level and one in the darker and more cosy basement, with three private dining rooms, and a bar on each. It can host 300 people at any one time on the green leather seating which line the numerous tables dressed with crisp white and matching green linen. The floor is made from black stained reclaimed oak from old coal trucks, whilst the walls are adorned with 1920s-inspired artworks. 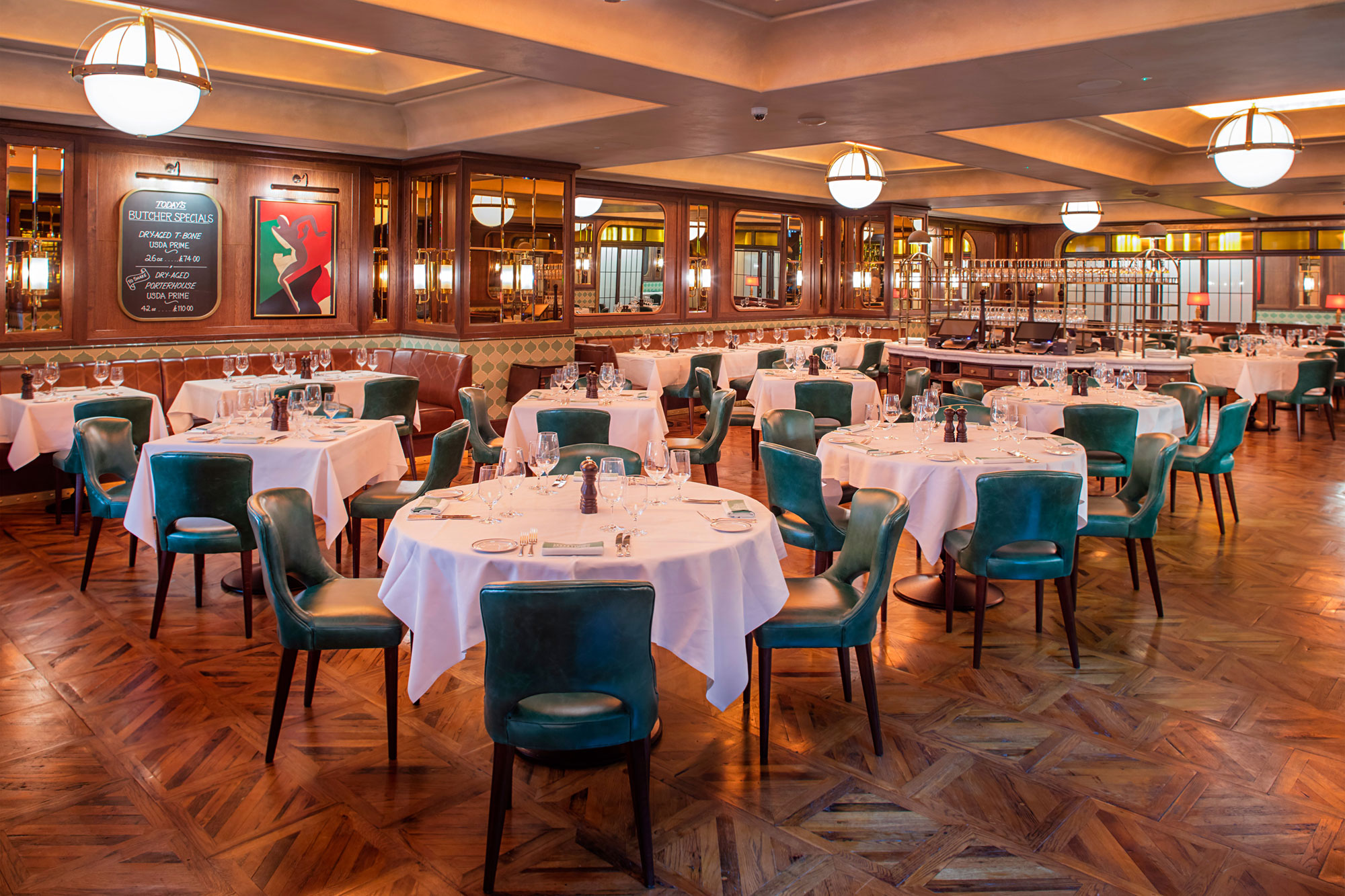 For the starters, after an amuse bouche of ‘melt-in-the-mouth’ tuna carpaccio with Greek yoghurt and pickled onions, there is everything from Wollensky’s famous split pea soup to chicken and duck liver parfait to catch the eye. A long-term favourite, I tried the carefully-layered Yellowfin tuna tartare. The soya sauce on which it sat was clearly the dominant flavour, but I wasn’t disappointed, and neither was my companion who chose the Burrata and tomato salad to kick things off. This was an extremely tasty and excellent start to dinner. Matched with a glass of Ebner-Ebenauer white wine from Austria, there was nothing not to like. 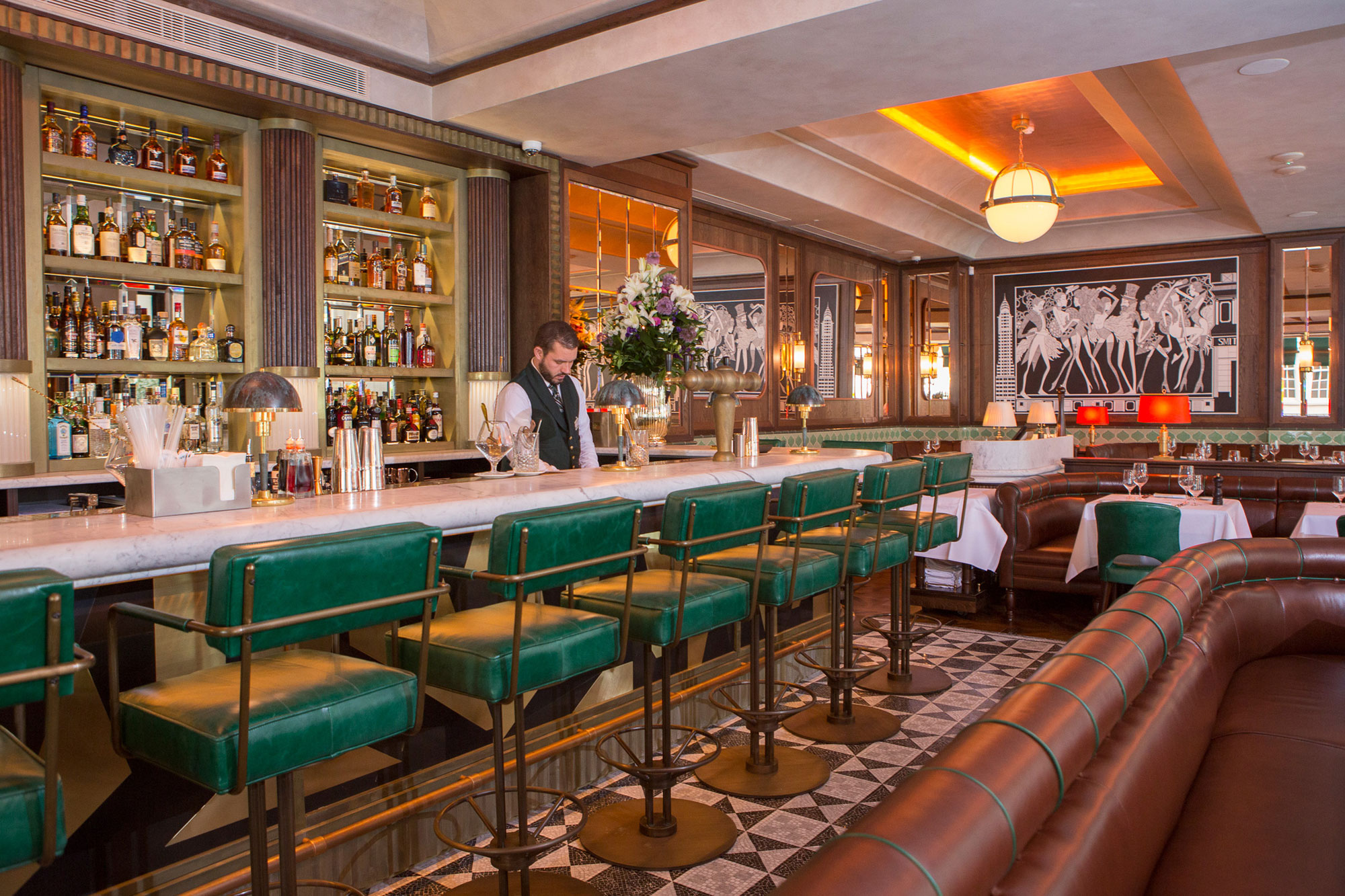 This West End eatery stores around 480 different varieties and 6,000 bottles of wine at any one time. White is kept continually chilled at six degrees, whilst reds are basking in a comparatively tropical 16 to 17 centigrade. Paired with a highly-recommended dry crisp Sauvignon Blanc from Walker Bay in South Africa, which is supposedly a little more boisterous than Pinot Noir, I sampled the ‘Fresh Catch of the Day’ which turned out to be Sea Bream on the evening that we visited. It took the form of two small pieces of fish sporting a light crust and a sumptuously moist texture, which was carefully perched on a bed of sundried tomatoes, green beans and fennel, and finished with a light dose of flavoursome citrus oil. 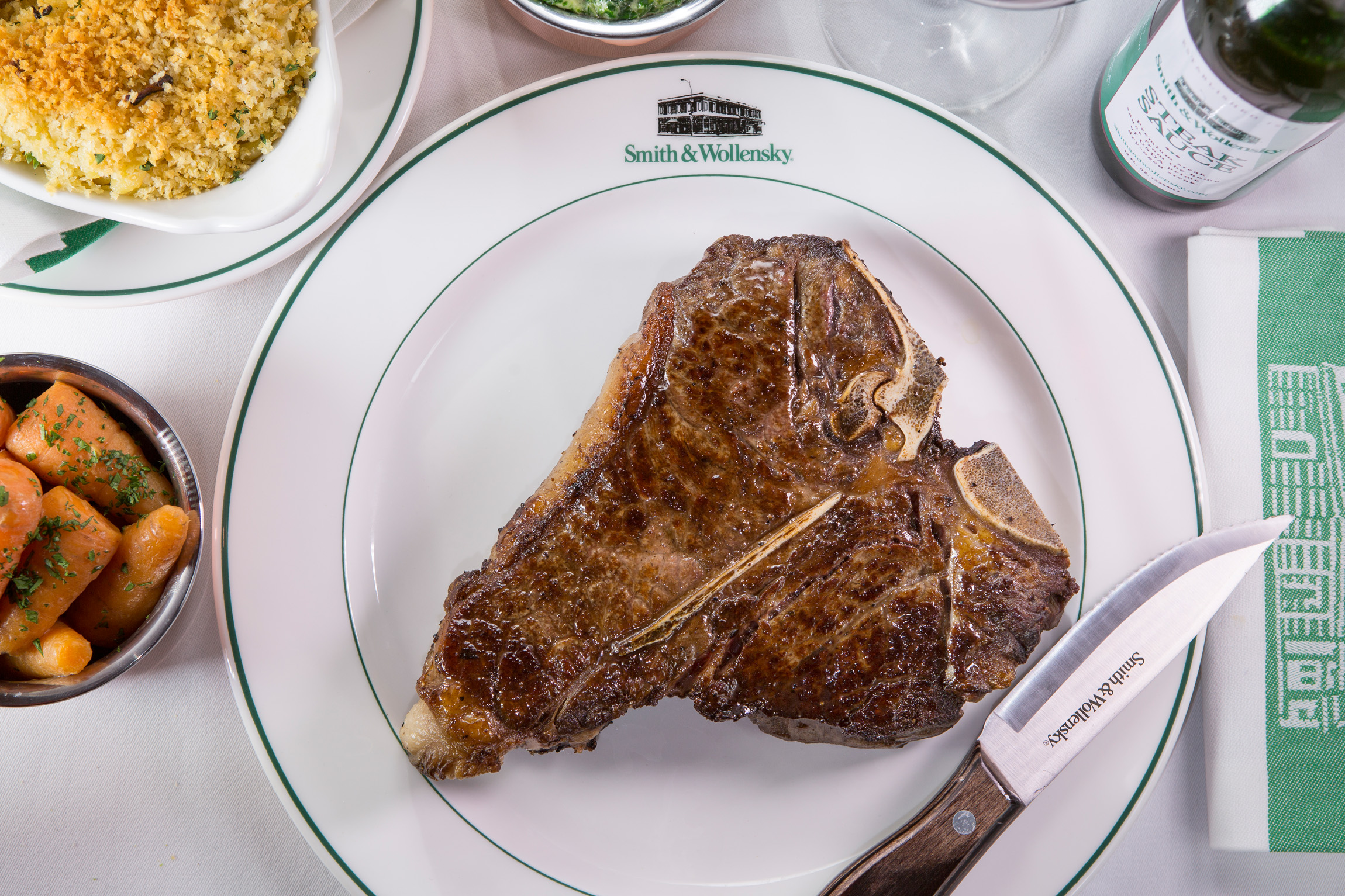 My dining partner headed straight for what this restaurant does best – steak. He enjoyed the ‘flagship’ £55 and mouth-watering 600g Signature USDA prime dry-aged bone-in rib-eye with a rare middle and dark charcoal exterior. This fine-tuned and layered composition is made possible, as Smith & Wollensky prepare the flavoursome meat with a series of char boilers which are heated up to a staggering 1200 degrees. Sides of very addictive creamed spinach and honey-glazed Chantenay carrots served in small copper pans, and a pot of thin steakhouse fries, which are paid for extras, rounded both of our choices off nicely.

Although there is a very sizeable and tempting cheese menu with a number of different varieties made from goat’s, sheep’s and cow’s milk, I am never one to resist something sweet. I was presented with the round ‘Apple Tarte Fine’, made that morning by the evidently-skilled in-house chef, Delroy. This translated as beautifully and meticulously-arranged thinly sliced juicy apples on a light puff pastry base, joined by a generous helping of freshly stirred Chantilly cream. Four words – ‘out of this world’. My guest sampled an equally successful portion of New York Style Cheesecake with a redcurrant garnish and raspberry coulis. 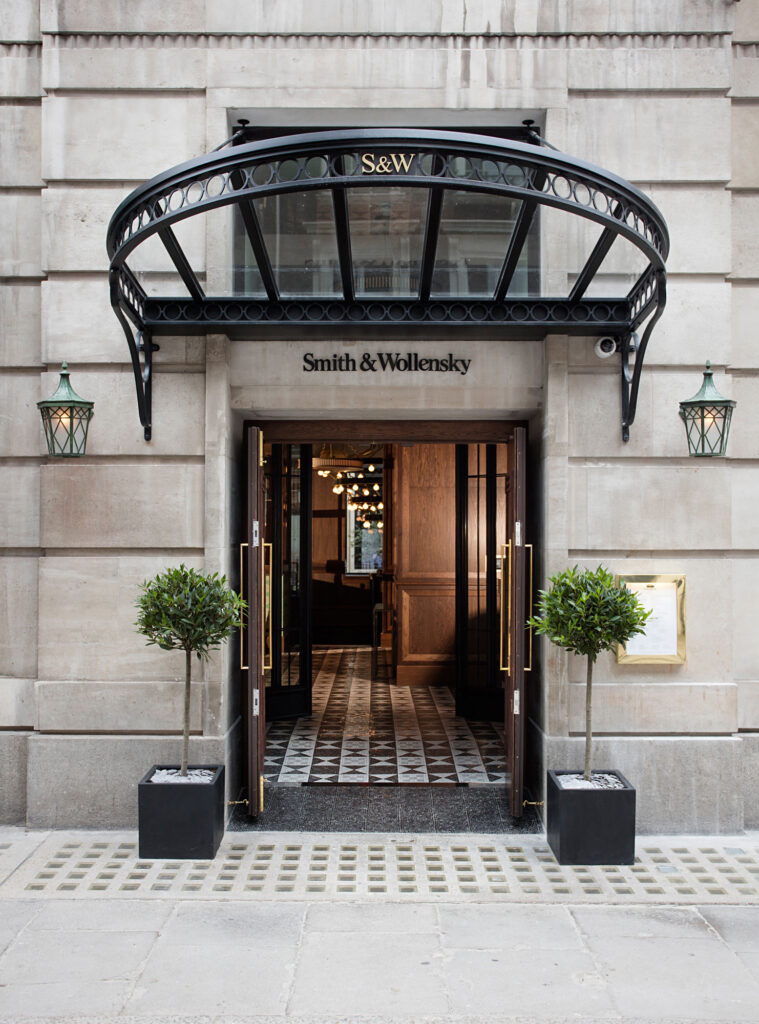 With the palate nicely cleansed with fresh mint tea, and with no more physical room left, it was then time to discuss the finer side of whisky with our great host – the highly knowledgeable and charismatic Beverage Manager, Scott Levy, and step back into 2015.

Smith & Wollensky’s latest London venture is without doubt an interesting business model, as the restaurant is tucked away from the hustle and bustle of the Strand, whilst the prices could also be considered a little on the high side. However, with all that said, the service was attentive from start to finish, and we enjoyed every mouthful. We would therefore definitely recommend going there for a well-prepared piece of steak or fish, and a great taste of America.

For more information on Smith & Wollensky London, or to make a reservation, visit www.smithandwollensky.co.uk.