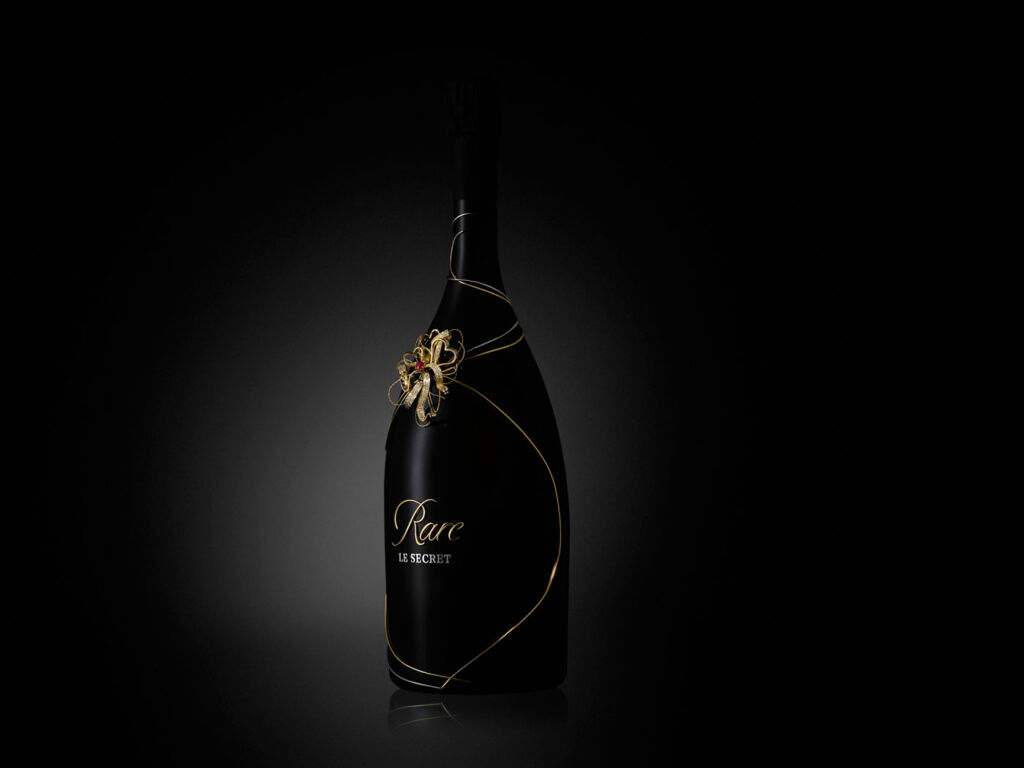 Rare Champagne and Mellerio have announced a unique partnership based on their shared royal legacy, refinement and excellence. 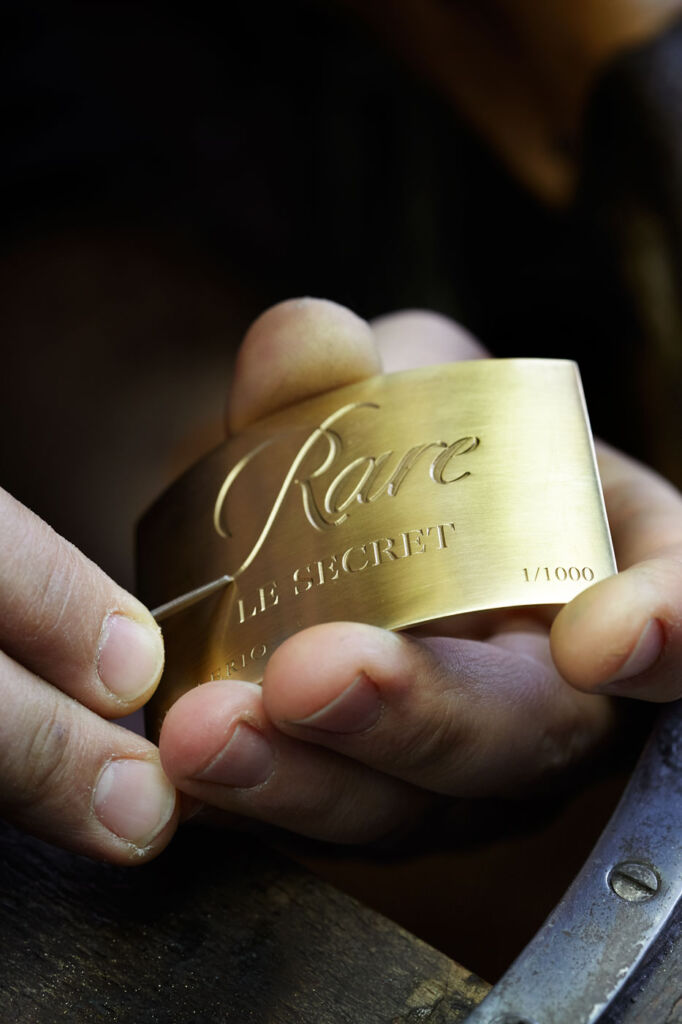 In 1997, Rare Champagne cellar master and eight-time sparkling winemaker of the year, Régis Camus had a moment of inspiration. He saw something unique in the wines of that year and rather than declaring a vintage, he chose to blend a small quantity of this cuvée behind closed doors, secretly ageing it only in magnums in his private cellar. Now, twenty years later, the results are truly extraordinary. His very personal creation has a rare depth and complexity, with a lively citrus attack and a serene minerality. This sophisticated finesse inspired the Champagne house to approach Mellerio, with whom Rare Champagne share a muse.

“Marie-Antoinette is a natural link between our maisons,” says Laure-Isabelle, creative director at Mellerio, on the collaboration.

This link dates back to 1780, when the Queen of France is said to have acquired a Mellerio bracelet formed of seven cameos embellished with garnets. By the time she was presented with Rare Champagne a few years later, she was already a loyal Mellerio customer. 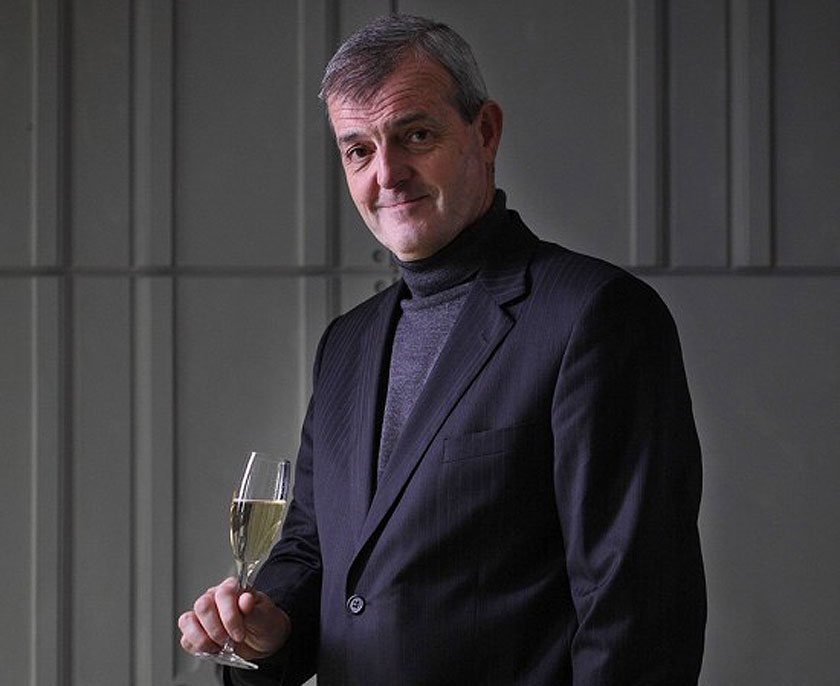 For cellar master Régis Camus, the designs are exactly what he had been hoping for: “Rare Le Secret has turned out to be a masterful stroke of intricate finesse,” he enthuses. Laure-Isabelle is similarly satisfied: “The refined world of Rare Champagne instantly guided my hand,” she says. 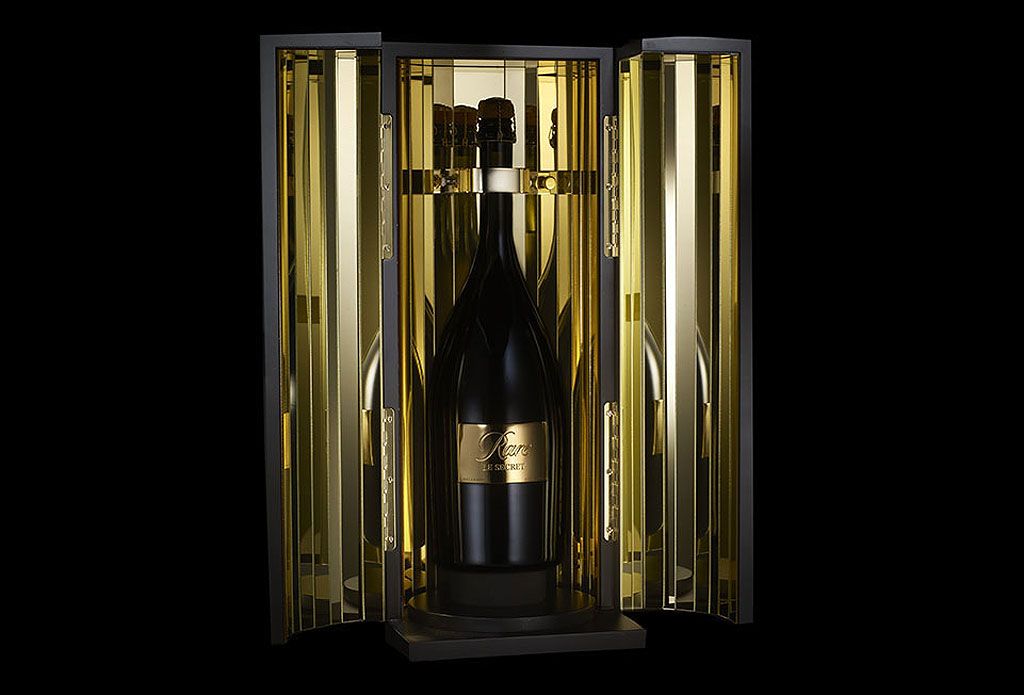 Rare Le Secret High Jewellery
A sense of legacy and history is woven into these designs. The first of these, Rare Le Secret High Jewellery takes inspiration from Marie Antoinette’s elegant and extravagant dresses. It features a single, precious jewel of at least one carat – a choice of diamond, ruby, sapphire or emerald – embedded in the heart of interwoven bands of gold set with 510 diamonds. The beautiful gold and platinum threads that run down each bottle represent the blend of Chardonnay minerality and Pinot Noir intensity, while the 24 carat, solid gold muselet is the very first of its kind from Champagne. The presentation box is reminiscent of that originally used to present Mellerio jewels to Marie Antoinette.

The case has a mirrored interior, reflecting the cuts of the precious stones used in each bottle adornment. This exquisite craftsmanship perfectly complements the elegance of the wine inside and is reflected in its rarity – only ten of these bottles are available worldwide.

Rare Le Secret Goldsmith
The second design is a minimalist delight. The Rare Le Secret Goldsmith is a limited edition of just one thousand, engraved and numbered magnums. Inside each bottle is the same blend, while the gold cartouche on each of the magnums boasts flowing lines and wonderfully decorative typography. Hidden inside the sleek, matte black case for the Champagne is a golden mirrored interior, which reflects this stunning minimalist creation. 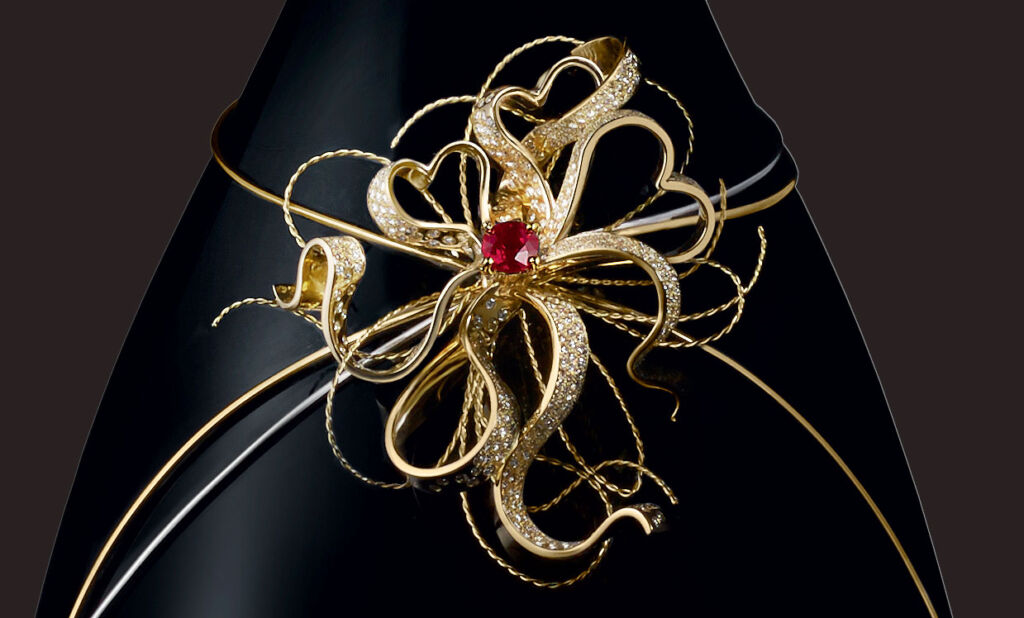 The secret within Le Secret
Indeed, the “intricate finesse” of Rare Le Secret High Jewellery extends much further than sublime Champagne and dazzling adornment. Once the Champagne has been shared and enjoyed, Rare Le Secret High Jewellery hides another secret that will be revealed during a private visit to Maison Mellerio in the heart of Paris. There, Mellerio jewellers will transform the bottle’s beautiful adornment into a brooch, bracelet or pendant, depending on the owner’s wishes. This unique experience will ensure that the memory of this shared, multi-sensory journey from cellar to the atelier will live long in both hearts and minds.

Rare Le Secret High Jewellery is priced at £115,000. One bottle of the sapphire, ruby and emerald editions will be available exclusively from Harrods (87-135 Brompton Road, SW1X 7XL, London).

Rare Le Secret Goldsmith is priced at £1,150. Fifty of the numbered magnums will be available exclusively from Harrods (87-135 Brompton Road, SW1X 7XL, London).