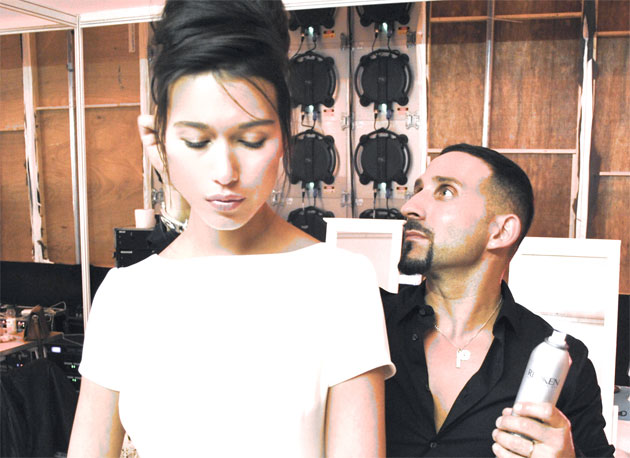 We arrived at the o2 Centre on London’s Finchley Road to put top hairdresser and salon owner of his namesake, Joseph Koniak, to the test on my darling mum’s mature, greying hair.

We were warmly greeted in by a friendly bunch who all, just like Joseph himself, release a natural aura of serenity and calm, which left us in complete surrender to their creative talent.

First off, we met with Eli Naor, master stylist who has a real flair for colour. After a thorough consultation, Eli expertly tended to my mum’s grey areas, matching up warm bitter chocolate dye to her existing shade. The proof was in the pudding about an hour later, resulting in a glossy rich hue and most importantly, the optimum level of coverage that my mum needed. 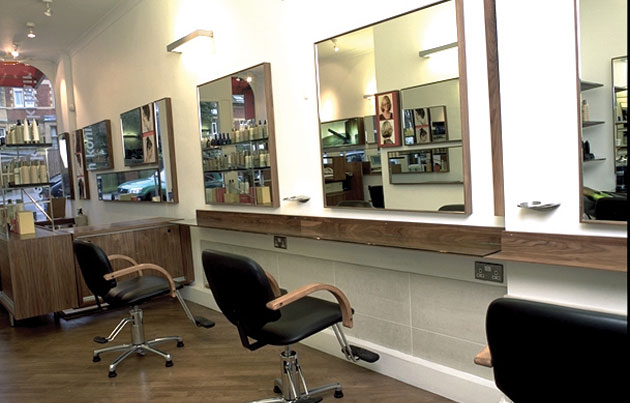 Next up was Joseph. His father founded Molton Brown, where he previously worked as artistic director before opening his own salon in the late 1990s. Joseph has impressively transformed the tresses of many celebrities including Kate Moss, Naomi Campbell, Yasmin Le Bon, Thandie Newton and Helena Christiansen. He has also worked on numerous film and TV sets including Mamma Mia, Batman and the latest Bond film, Skyfall and is currently working on dos for Dancing On Ice and technically demanding period styles such as the popular marcel wave for hit BBC drama, Downton Abbey. He also boasts Paul Smith, Vivienne Westwood, Julian MacDonald, Armani, John Galliano and Oscar De La Renta amongst his catwalk credits.

Putting his glittering client list to one side, highly unassuming Joseph restfully assured my nervous mum that he would give her a natural style suitable to her lifestyle and age. Now in her mid 50s, he lent his professional advice on the best ways to combat thinning, prescribing a special hair tonic. He also took the extra care and effort to set and seal the healthy ends of her newly graduated long bob with a pair of heated scissors, known as Jaguar Thermocut. Offered exclusively in the UK by Joseph Koniak, this incredible gadget snips and seals to keep hair healthier for longer, while giving the illusion of thickness.

Then it was my turn. Joseph introduced me to head stylist Dana, who gave me a fantastically flattering blow dry with modern, bouncy, voluminous curls. Joseph himself then waved his magic K Wand; literally, a black fabric-coated stick-like pin that steadily secures the bulkiest of up dos, wands away wispy bits and threads and webs hair up and away without the need of any pins or grips. Tiny strands cling to the wand, winding it effortlessly around your hair to tie it neatly in place without any fuss.

With my hair being wavy, unruly and tired of excess heat styling, Joseph also suggested I try another one of his on-trend take-home products, called JK Sleep Stylers. These soft wire sponge and cotton curling rags use body heat to set the hair, meaning less damage and a new lease of life on locks. Simply twist up with damp or rough dried hair, as you would with standard rollers, fold in the ends and you’re ready to fall asleep, take a shower or get ready, or even go out for a walk or shop if you wish. Wait at least an hour, or overnight and voila, you get a beautiful tousled look. Another good hair day made easy by JK – we love. 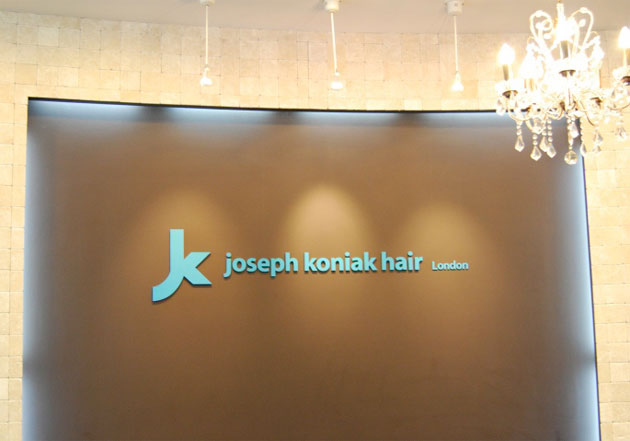