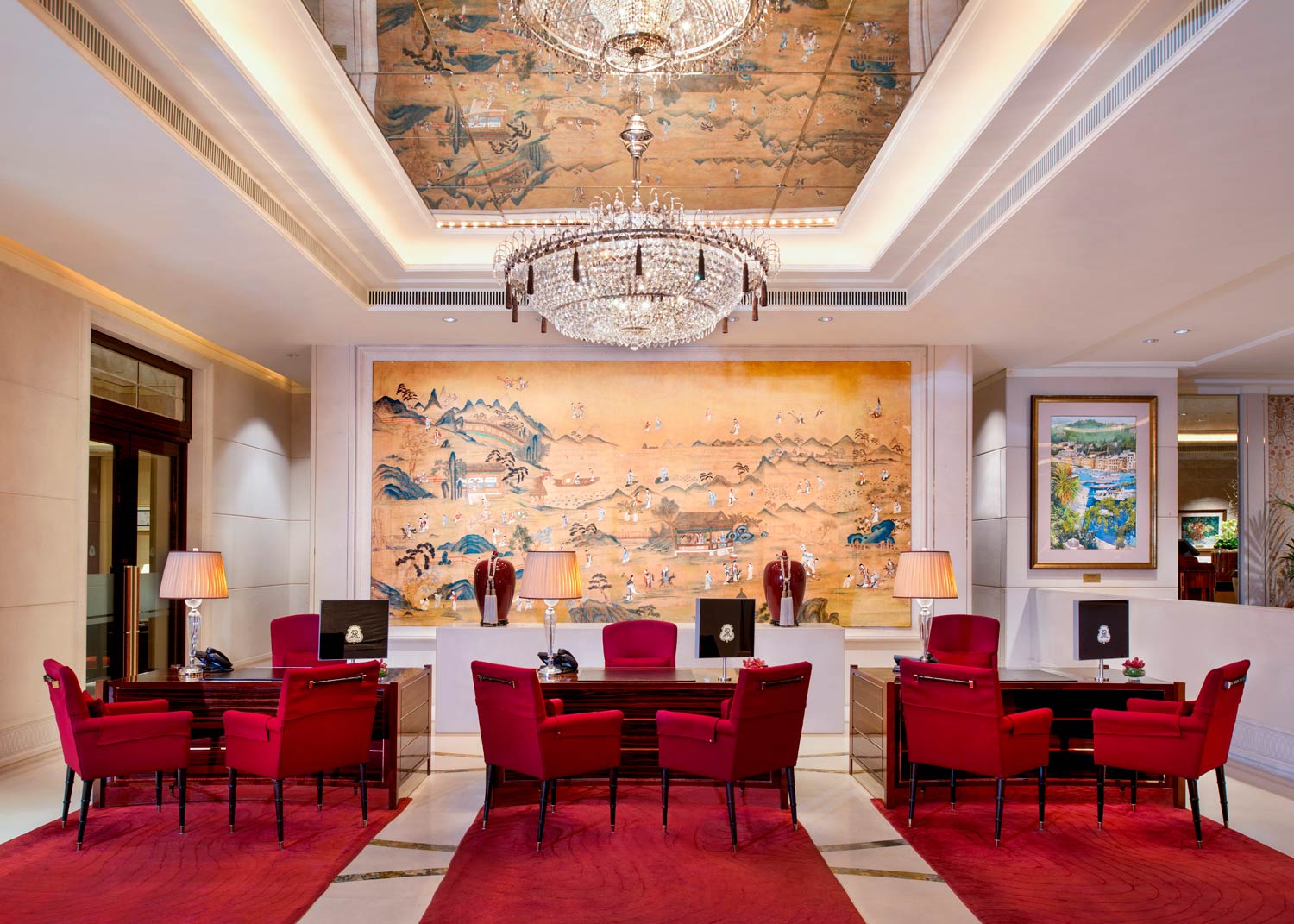 Ong Chin Huat spends a weekend at the super luxurious St. Regis hotel in Singapore and is seduced by its charm and the captivating experiences on offer

Stepping into the St.Regis Singapore is to enter into another realm where elegance and restrained opulence holds court. The marble and chandelier adorned interiors of the lobby sets the tone for my entire stay at this sumptuous hotel. 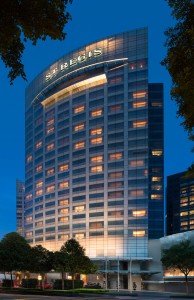 Ideally situated at the end of Tanglin and beginning of Orchard Road, with a multitude of designer boutiques, plush art galleries and antique stores all within a stone’s throw. If one is to make an impressive debut into Singaporean high-society, there can be very few better addresses to stay at.

Greeted by a friendly and professional receptionist, the check-in procedure is painless and smooth, thanks to three reception desks with comfy burgundy chairs which is far better than standing at a counter filling in one’s personal details. Seamless and smooth, we were quickly led to the elevators which in turn took us up to our rooms. A sturdy velvet lined bench placed in the elevators is a thoughtful addition and provide a welcome resting place for those world-weary travellers whose legs are too tired to endure standing all the way to their room.

Upon checking-in, we were given a card containing some information on Press Reader, a nifty app which enables guests to read leading newspapers and magazines from the comfort of their smartphones and tablets when staying at the St. Regis. We were told we had to download the app for access and the reading materials are only available within the vicinity of the hotel. What an ingenious way to cut down on the bulk and save the environment as well.

A Grand Deluxe Room awaited us and the moment the door of our room was opened, we were suitably impressed – plush looking beds made up with the finest Egyptian cotton with a 300 thread count, subtle gold brocade fabrics for cushions and pillows, aesthetically pleasing padded walls with silk chinoiserie panels, beige carpeting and the trademark chandeliers, not just in the rooms but also in the bathrooms as well.

Breaking the monotony of the beige and light gold colour scheme is a curved burgundy sofa and drapes, a nice pop of a rich and muted colour which brightens and adds cheer to our comfortable room.

After a quick unpack, and the help of the St. Regis butler service, we met with Jackson Sim, the senior digital marketing manager who was accompanied by a St. Regis butler for a unique and exclusive St. Regis speciality – The Art of Living Tour. This short interactive tour is held every evening in the hotel and explains to the participants about all the important artworks scattered around the hotel’s public areas.

As with other St. Regis hotels around the world, the St. Regis Singapore possesses valuable and important art pieces and it houses one of the finest private art collections in Asia. The art collection comprises of over 100 original paintings and sculptures by world famous artists such as Fernando Botero, Marc Chagall, Joan Miro, Frank Gehry, Gu Gan as well as Singaporean pioneering artists such as Chen Wen His and Georgette Chen. There were even original Picasso lithographs hanging on the wall of the Astor Bar, the ideal place if any, to hang any art work by the co-founder of the Cubist movement. Each piece has been carefully selected and chosen to complement the hotels stunning interiors and the result is clearly evident. The St. Regis Singapore is a living museum and pays tribute to the artistic and cultural heritage of not just the city it exists in but the four corners of the globe where their guests hail from.

After this eye-opening and informative art tour, we retired to the Astor Bar, so named after the founder of the original St. Regis in New York, John Jacob Astor IV. To quench our thirst, we order a St. Regis original, the Bloody Mary, and its local counterpart, the Chilli Padi Mary.

Invented over 75 years ago in the King Cole Bar in the St. Regis New York, the Bloody Mary has been part of St. Regis history since 1934 when bartender Fernand Petiot introduced the “Red Snapper” which later became known as the Bloody Mary. The famed cocktail was created when Serge Obolensky, a well-known man about town, asked bartender Petiot to make the vodka cocktail he had while visiting Paris. The cocktail was spiced up with salt, pepper, lemon and Worcestershire Sauce but as “Bloody Mary” was deemed too vulgar for the St. Regis’s elegant King Cole Bar, so it was rechristened to the “Red Snapper.” The drink caught on and gained a large following, alas the name did not, but over the years it still became a signature cocktail of the King Cole Bar at the St. Regis New York. 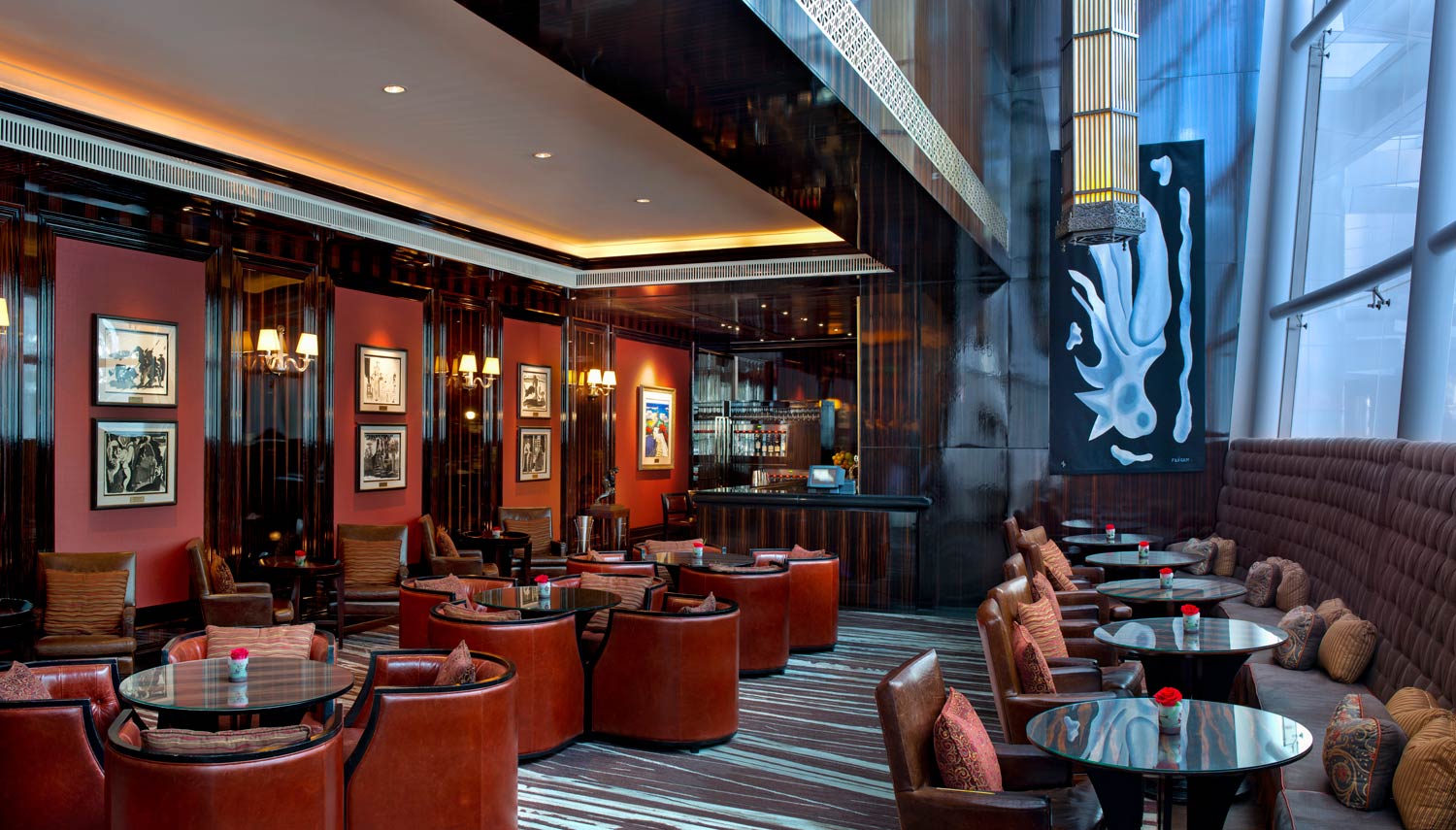 Singapore’s offering, the Chilli Padi Mary is part of the St. Regis World Collection Bloody Mary menu which pays tribute to the regional influences of St. Regis destinations worldwide. Inspired by Singapore’s culinary heritage, the spicy Chilli Padi Mary is an inventive recipe that is described as a modern and contemporary adaptation of the original Bloody Mary. Tangy, spicy and hot with an Asian twist, I found it even fierier than the original Bloody Mary, but it was something which my taste buds could adapt to quickly, possibly because of the vodka present which numbed the heat receptors on my tongue. My pleasant and amiable cocktail hour companion, Jackson Sim, who was ever ready with informative tid-bits, told me that the cocktail substituted chilli padi ( a small and extremely spicy chilli popular in the South-East Asian region), old Chinese ginger and lemon grass for Worcestershire and Tabasco sauce. Definitely not for the shrinking violet, Chilli Padi Mary also uses fresh organic cherry tomatoes instead of canned tomato juice.

As a prelude to dinner, I found the Chilli Padi Mary was a perfect aperitif as it stimulates one’s appetite for more food. A Mediterranean Seafood Barbecue was planned for us at LaBrezza, a delectable restaurant serving casual trattoria-style cuisine. Located by the swimming pool, diners can elect to sit in the cosy cabanas with billowing white curtains overlooking the serene pool. It appeared we were in luck as the barbecue was only on offer on Friday evenings. Feasting on char-grilled lobsters, salmon, tuna, scallops and prawns complete with roasted vegetables, there was also an Antipasti buffet which offered mozzarella and tomato caprese, 24-month old cured Parma ham, a selection of gourmet Italian cheeses and an oyster bar with freshly cooked seafood on ice. For meat lovers, beef sirloin, lamb chop and chicken is also on offer.

Click below for page 2 of our St. Regis Hotel Singapore feature

Spend Time with Santa Claus this Christmas in Swedish Lapland

Head to the Francis Hotel Bath – MGallery for a Historical Break