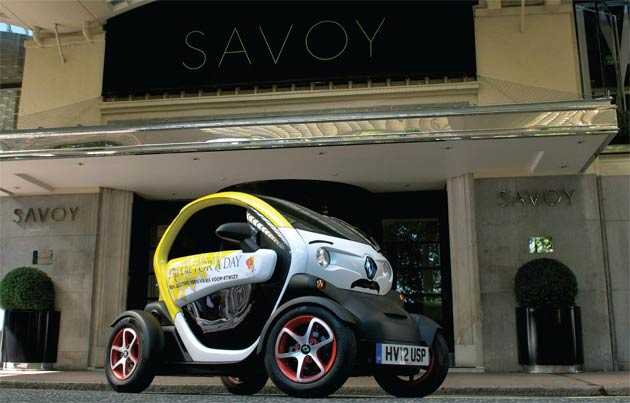 Renault’s unique two-seat Twizy attended arguably its most star-studded UK event recently, as a show-stealing, four-wheeled lifestyle accessory to help raise money for the rocking charity ‘Freddie For A Day’.

Resplendent in a white and yellow livery, complete with trademark moustache, the one-off creation was designed to pay homage to Freddie Mercury, the iconic former Queen frontman, with all proceeds helping in the fight against AIDS, which claimed Freddie in 1991. The fully electric compact two-seater was donated to his charity, Mercury Phoenix Trust, for the glittering annual event at The Savoy in London and helped the event raise over £7,000 during the course of the evening’s celebrations. The undisclosed winning recipient on the night now has the enviable task of choosing their very own Twizy to brighten up their life with, including the must-have scissor doors, for delivery in a few months time.

Renault UK’s Managing Director, Thierry Sybord, who attended the high-profile occasion, said: “We are very proud to support Freddie For A Day and happy to donate such an eye-catching Twizy to the charity. It looked incredible with its moustache on the front and wrapped in the design of the iconic ‘Live Magic Freddie’ yellow jacket and white trousers outfit he famously wore at Wembley Stadium in 1986. The Mercury Phoenix Trust is doing a great job in educating and raising awareness of HIV and AIDS in the areas of the world where it is most needed and Renault is delighted to be involved with such a worthy charity.” 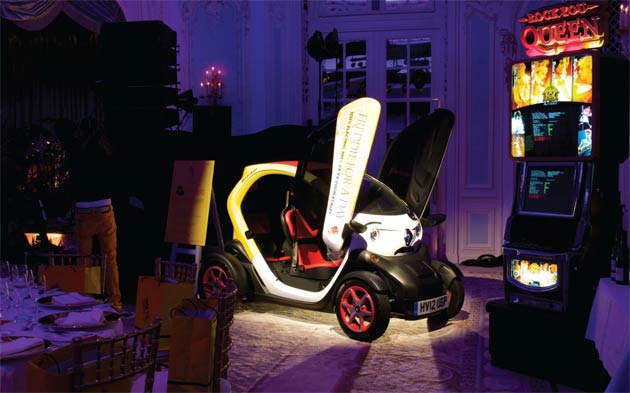 Freddie For A Day is now in its third year and is the worldwide celebration of the life and legend of Freddie Mercury. Last year’s FFAD, highlighted in London with a wall to wall celebrity evening also at The Savoy Hotel, saw more than £250,000 raised through celebrity and fan based events and contributions, all of which was channelled through the Mercury Phoenix Trust. The nation gets to dress up as the legend, rocking moustaches, leotards and vests, and make their own personal contribution on Freddie’s actual birthday on September 5.