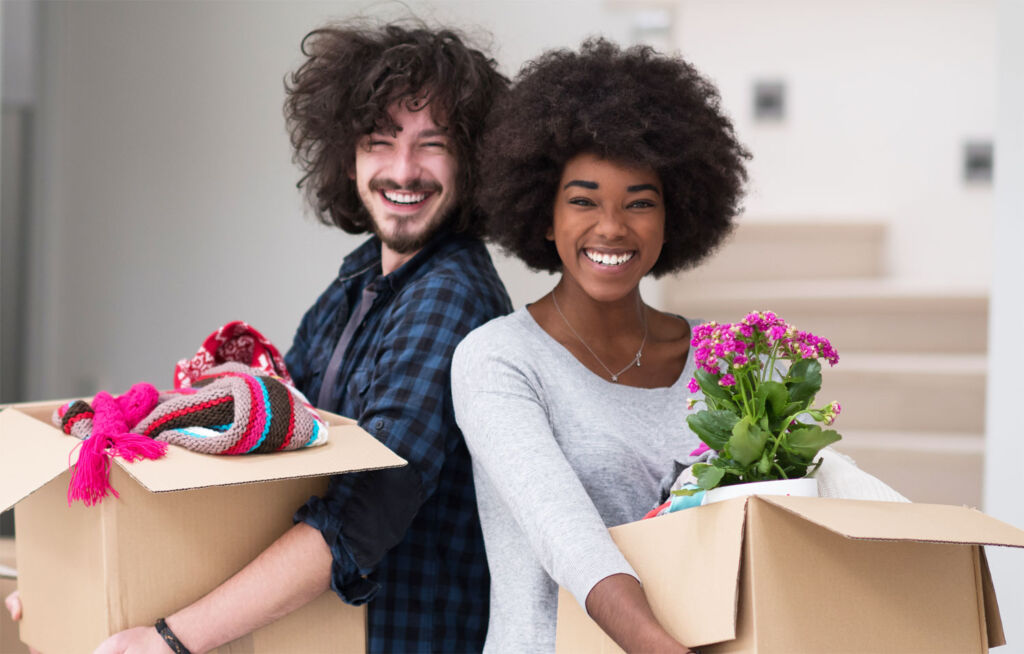 There’s been much written on the mass exodus from the city to the countryside. But this might not be entirely accurate. It seems that a good number are choosing to remain in or move to major cities and it’s the rental sector that’s benefitting.

When it comes to recent property editorials produced by the traditional mainstream press, there seem to be three distinct camps; those encouraging people to stay in the cities, those promoting the countryside for a better life, and a tiny portion in the middle who have no allegiance and most importantly, no ulterior motive.

There’s little doubt that many people living in major cities have had the shock of their lives this year. It’s resulted in some deciding to opt for a different way of life, exploring other avenues. The result of this is many smaller estate agents outside of the major cities who have for many years, felt a little disconnected from property headlines are now feeling like the kings and queens of the castle.

When talking to the non city-based agents, you soon discover they are struggling to cope with the influx of enquiries. This would paint a picture that homeowners are fed up with city-life and want something a little slower-paced with more space. Based on this, it would be fair to assume that people no longer want to live in a major city; but this is far from the case.

The latest Rental Demand Index for Q3 from lettings management platform, Howsy, has revealed that demand for rental homes across the UK’s major cities has increased +13% since Q2.

The Howsy index looks at rental listings across all of the major property portals, taking an average demand score for the nation’s major cities based on where has the highest number of properties already let as a percentage of all rental listings.

The research then highlights where the highest level of tenant demand currently is based on this supply/demand ratio.

The latest index shows that the average rental demand across 20 major UK cities is currently 36%, having climbed +13% in the last quarter.

Tenant demand in London has increased by 10% since Q2; however, a number of the capital’s peripheral boroughs have seen a stronger uplift.

Kingston has seen tenant demand lift by +18% in the last three months, the biggest increase of all boroughs.

Howsy Founder, Calum Brannan, commented: “Despite some tenants finding themselves in financial difficulty due to the current pandemic, demand for rental properties continues to climb across the UK’s major cities as many still require a roof over their heads and have the financial stability to secure one.

This will be welcome news for landlords who have had a tough few months with little to no help from the Government. With a ban on evictions now over, they can attempt to return to normality and claw back some income on their bricks and mortar investment.” 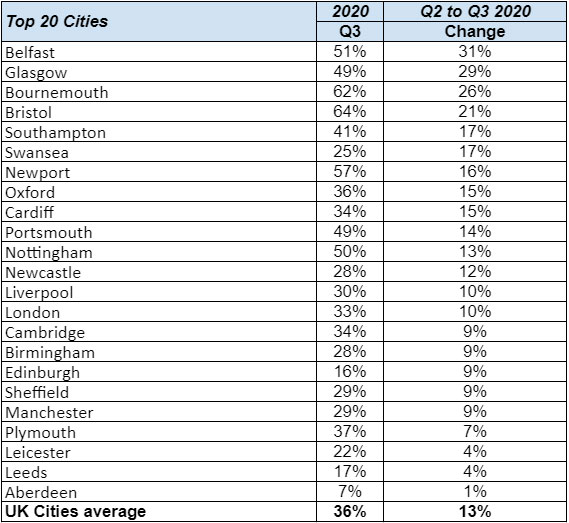 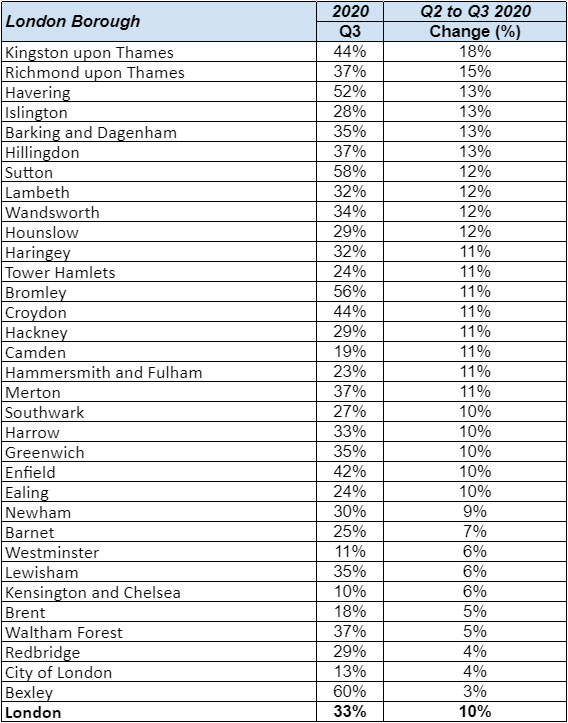 The data unveiled by the latest Howsy Rental Demand Index might come as a surprise for some with many expecting the numbers to be the polar opposite of what they are. It’s hard to determine the precise reason why people are choosing to live in a major city. The most obvious reasons are likely to be work commitments, schooling, the social aspect? Whatever it is, and as Callum has stated, it will be very welcome news for many UK landlords.

Read more articles on the UK property market in our dedicated section here.