The Vanquish Volante – Preaching To The Converted 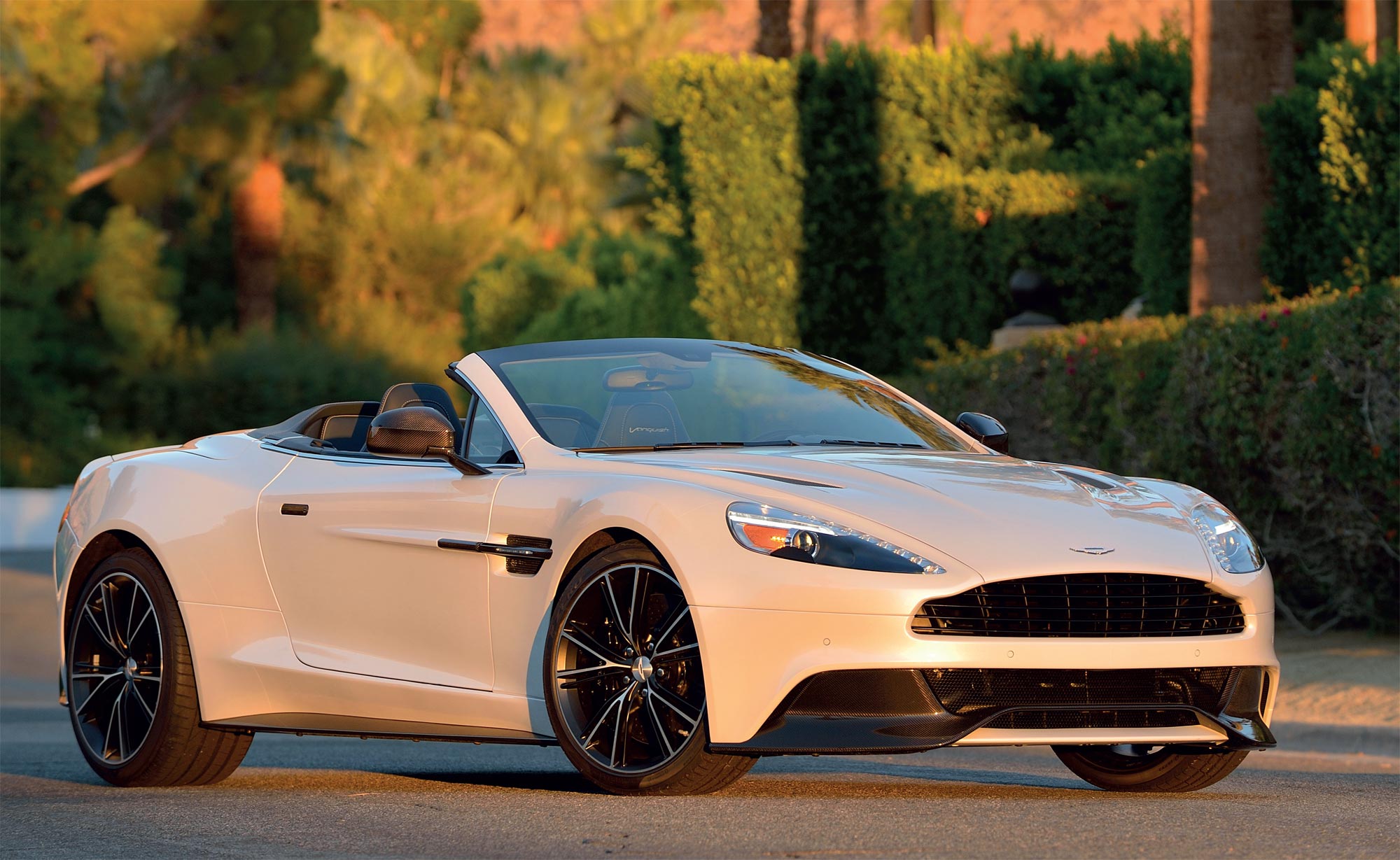 What’s it like behind the wheel of the fastest convertible Aston Martin has ever produced? We persuaded Simon Wittenberg to find out.

As we left our hotel in the Cotswolds and dropped the roof for the journey home, the vicar of the neighbouring church peered into the car and said: “You probably won’t see a vicar driving one of those.”

I didn’t know how to respond, as it’s only very rarely that you get a confession from someone of his authority. Normally it’s the other way around.

But on reflection, I do actually have a confession I’d like to make in return: the Aston Martin Vanquish Volante is a car that doesn’t need any element of persuasion to drive it, because it’s just that good. 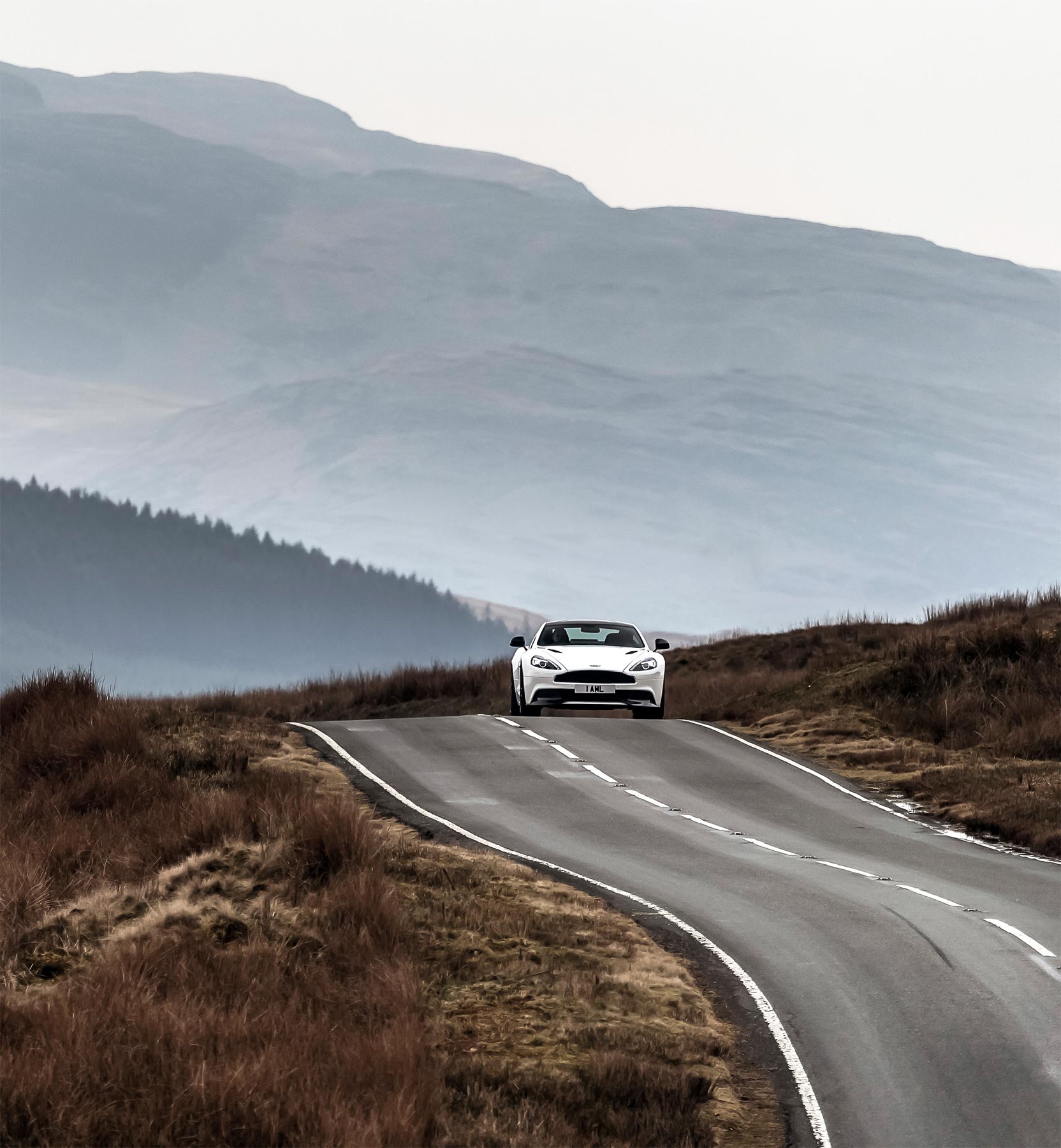 I was sold on the idea of trying the fastest accelerating Volante long before I was given the chance to get behind the wheel, and being told how brilliant this car was by other petrolheads was futile, as my mind was already made up.

However, to confirm that my thoughts and perceptions surrounding Aston Martin’s flagship machine were actually justified, I needed to put them to the test.

The only way to do that was from the driver’s seat.

To drop in a few fast facts, the Vanquish Volante was added to the Aston Martin range in 2013, and followed on from the DBS Volante which was made in Gaydon until 2012. Since then, it has been refreshed over the model years to produce today’s fine offering.

Fittingly dubbed the ultimate convertible super GT, this variant is classified as a 2+2, which means there are two seats in the rear, albeit small ones.

At almost five metres long, and more than two metres wide, the car was the first from Aston Martin to use a carbon fibre body.

It was developed for a higher strength-to-weight ratio, reduced mass, and because fewer body panels are needed.

The result of Aston Martin using carbon fibre for the sweeping exterior is that the designers have been able to leave elements exposed, in order to create a contrast to the immaculately applied paintwork.

With the iconic Aston Martin grille, and hints of styling from the limited-edition One-77 supercar such as the LED rear light blades, side strakes, and bonnet vents, the Vanquish Volante is a head-turner and a crowd-pleaser, a car that people slow down to take a closer look at and finish with a smile and a nod of approval.

It is, in fact, a moving artistic masterpiece, the result of countless hours of precision engineering and meticulous attention to detail.

At the touch of a button, the three-layer lightweight fabric roof takes only 14 seconds to put up and down (if you’re driving at less than 30 mph), and folds neatly beneath the tonneau cover.

Coupled with the use of more carbon-fibre in the boot floor, this leaves you with 279 litres of space in the boot, which is 50% more than the DBS Volante.

This is sufficient to fit two small suitcases for a weekend away, a bespoke Aston Martin umbrella, and the compulsory safety equipment that you need to carry around. 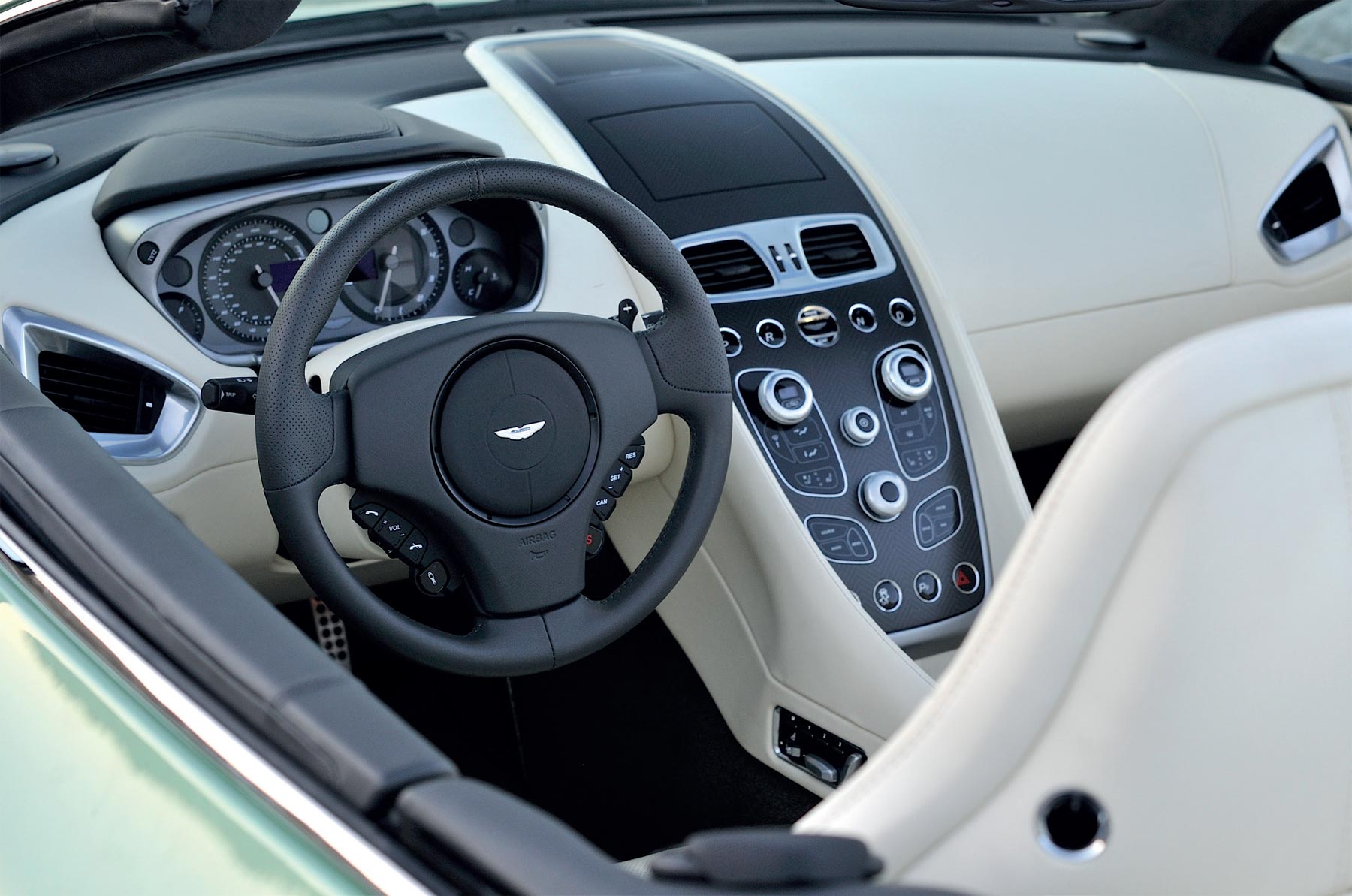 The sumptuous full grain Luxmil leather interior is just as breathtaking as the outside and, as if you needed reminding, the side sills are lined with a silver Volante plate inscribed with the proud words Made In England.

At the heart of the cabin is the curved centre stack which has also taken inspiration from the One-77.

Created as a single elegant fascia, it houses the heating, ventilation and infotainment controls, as well as the transmission buttons to put the car into Drive, Reverse, Park and Neutral.

The infotainment LCD screen rises from the top of the dashboard to display the handy reversing camera, the audio interface and the intuitive satellite navigation. In addition, this is where you can see how much torque and horsepower you’re commanding, and it’s here that you can get a glimpse of the pressures and temperatures for each of the tyres.

There are no keys or fobs to ignite the mighty six-litre naturally-aspirated AM29 V12 engine, but instead, there is a weighty crystal cartridge which is inserted into a slot in the centre console.

As you would expect from an Aston Martin, the ensuing exhaust note sounds sublime even when the car is at a standstill, and is more than sufficient to entertain alongside the specially developed 1000-watt, 13-speaker Bang & Olufsen sound system.

Merely by glancing at the statistics for this model, it’s easy to understand why it’s the quickest Aston Martin convertible ever produced: 0 to 60 mph in 3.8 seconds, peak power of 568 bhp, 630Nm of torque at 5,500 rpm, and a top speed of 197 mph (317 km/h). This is a proper supercar that deserves the upmost respect.

Within the legal speed limit of 70mph, it’s hard to go beyond 1,500 revs, and you probably won’t exceed 2,000, even at 100mph, such is the amount of power on tap. Although the ride is fairly firm, the Vanquish Volante is a comfortable motorway cruiser and a relaxing drive on long journeys, also helped by the electronically-adjustable heated seats.

But you can’t help but feel that this car prefers something a little more demanding and twisty.

Navigating the A and B-roads of the Oxfordshire countryside towards the Cotswolds, there are plenty of bends and changes in gradient, and it’s here that you immediately realise what it’s capable of, and what the meaning of mind-blowing acceleration really is.

The Touchtronic III ZF eight-speed automatic transmission shifts in 130 milliseconds, but paddles behind the steering wheel means that drivers can have the chance at determining their own ratios. Add to that a near-perfect 51:49 weight distribution for outstanding dynamic ability, and you can feel how balanced and planted the Vanquish is through the corners. It’s a car that gives you the confidence to keep pushing on the open straights, all within the limits of being sensible. 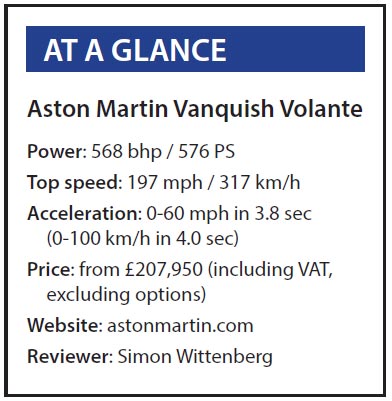 This deepens the growl, and with the roof retracted, it’s a soundtrack that can be played over and over again.

Overall, the Vanquish Volante is a joy to drive, and any distances that need to be covered become insignificant.

Thankfully, with the giant ventilated carbon ceramic discs, and beautiful coloured calipers which sit behind the eye-catching 20-inch alloys, there is plenty of stopping power to match, thanks to the third-generation and lighter Brembo Carbon Ceramic Matrix (CCM) parts which have been conceived to deliver shorter stopping distances.

The Vanquish Volante is not a car you’d buy for its environmental credentials.

The range for the 78-litre fuel tank starts off at just over 400 miles when full, but how fast the needle descends is down to individual driving style.

“The Vanquish is very expensive,” said a tourist in the quaint village of Bibury as he spotted the car. And indeed it is.

The starting price is £207,950, even without any options, and is therefore reserved for those who are fortunate to have a significant disposable income to hand – which includes you if you’re reading the print edition of this magazine!

It’s got stiff competition from the likes of the Bentley Continental GT Speed Convertible and the Ferrari California, but that doesn’t matter.

The Vanquish Volante makes you want to reach for your wallet and dip into every single crevasse and pocket to piece together the change needed to buy this truly remarkable machine.

To discover more about the Vanquish Volante, visit the official website here