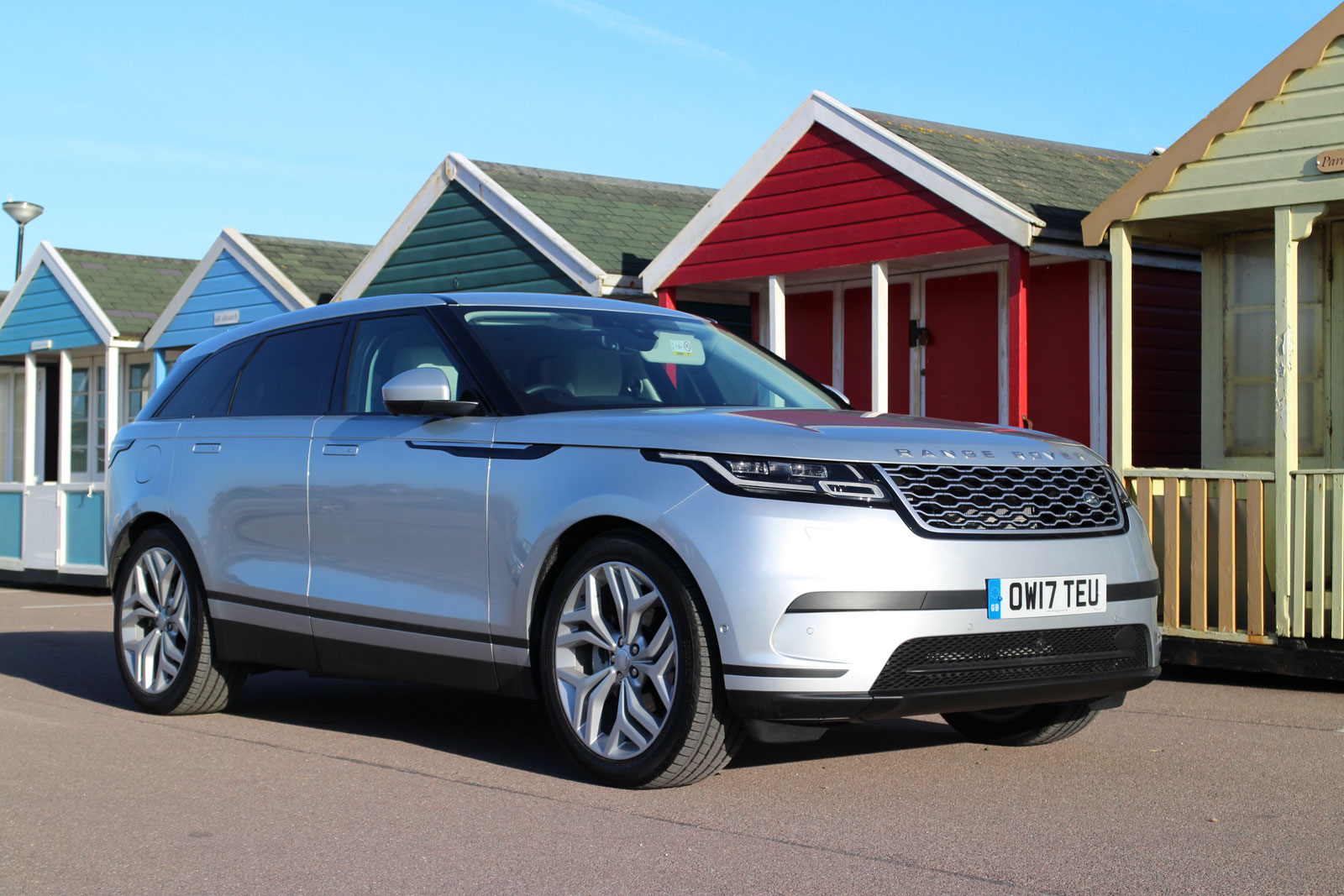 Editor, Simon Wittenberg, puts Land Rover’s latest SUV through its paces on the roads of Suffolk.

Diesel engines have been getting a fair amount of flack recently, but it’s a generalisation which doesn’t spare any exceptions, of which the Velar should definitely be one. Sharing the same IQ platform as it’s older cousin, the Jaguar F-Pace, and penned by Land Rover’s Chief Design Officer, Gerry McGovern, the Velar sits in the line-up between the Evoque and the Sport. This makes it a Range Rover family of four, and in-turn, provides stiff competition for the likes of the BMW X6 and Porsche Macan.

There are four grades to choose from in the “Velar” range, and the HSE, which we got behind the wheel of, is the most luxurious before you reach the higher echelons of the £83,000 First Edition. 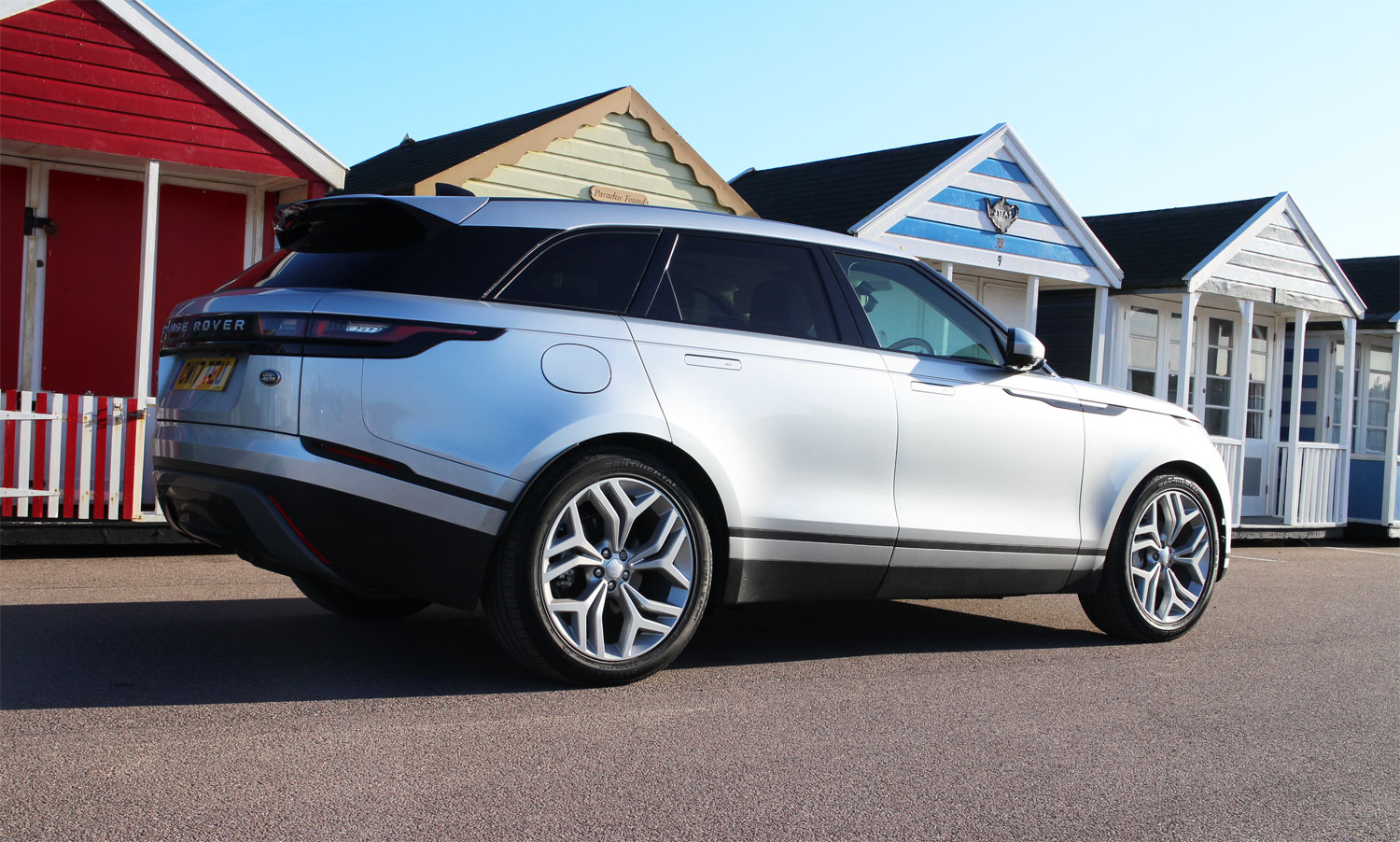 For a spot of history as to how the Velar name came to be, it emanates from the Italian word “velare” which means to veil or to cover. Apparently, Range Rover development engineer, Geoff Miller, used the name as a decoy for registering pre-production Range Rovers. The Velar company in London made 40 pre-production vehicles between 1967 and 1970, and the moniker was once again resurrected in 2017 when the model was officially unveiled in its new guise at the Geneva Motor Show. 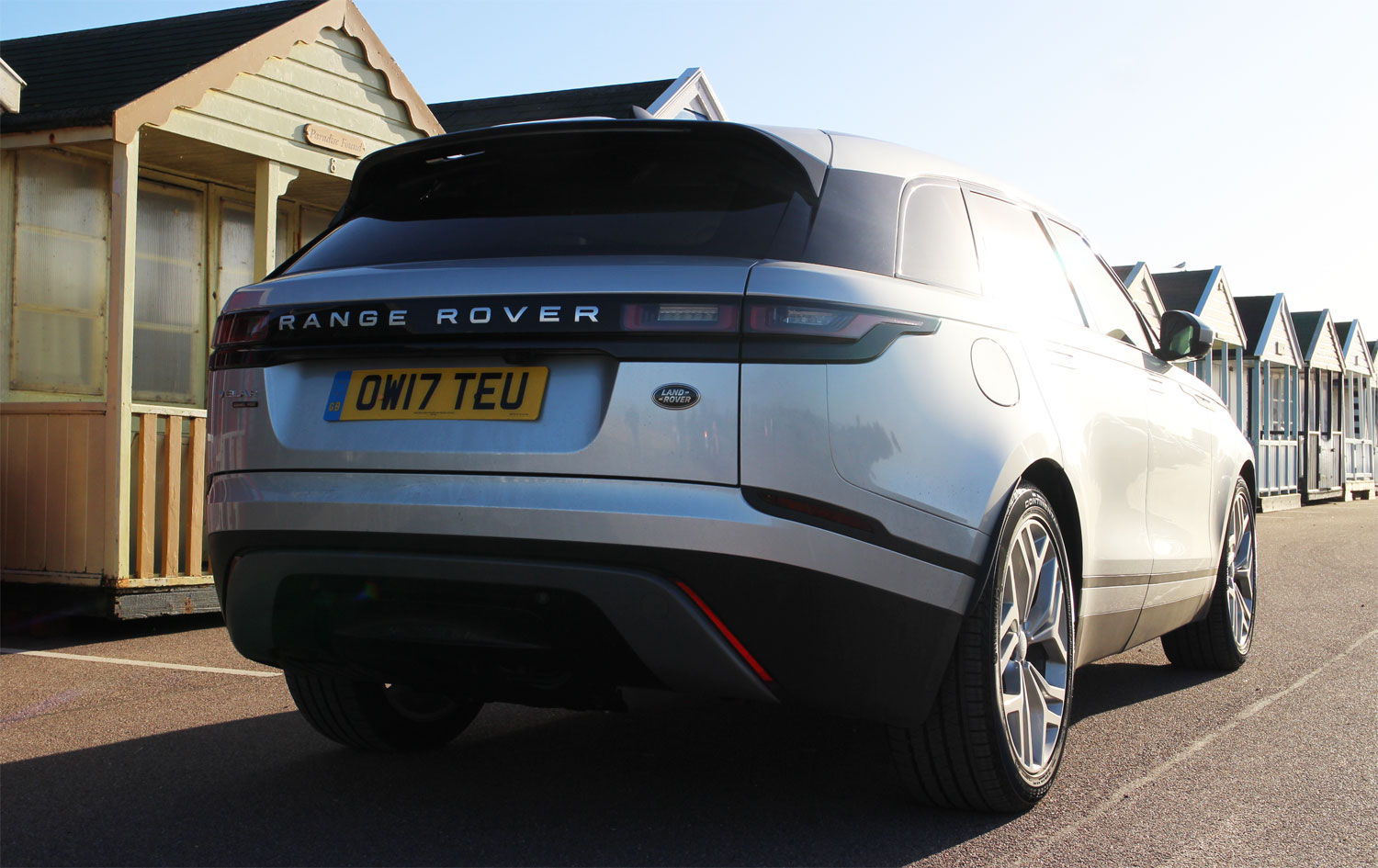 The Velar’s silhouette is characterised by its pitched roofline, whilst the front sees sweeping Matrix-laser LED headlamps, and the distinct wrap-around lights at the rear and pronounced spoiler are just some of the stand out features. The door handles sit flush within the bodywork when on the move and emerge in a spaceship type way when getting in and out. Our test car sat on the beautifully-sculpted 21-inch five split-spoke ‘Style 5047’ rims which are a standard fit and came with the eye-catching Indus Silver metallic paint option which adds another £725 to the price. 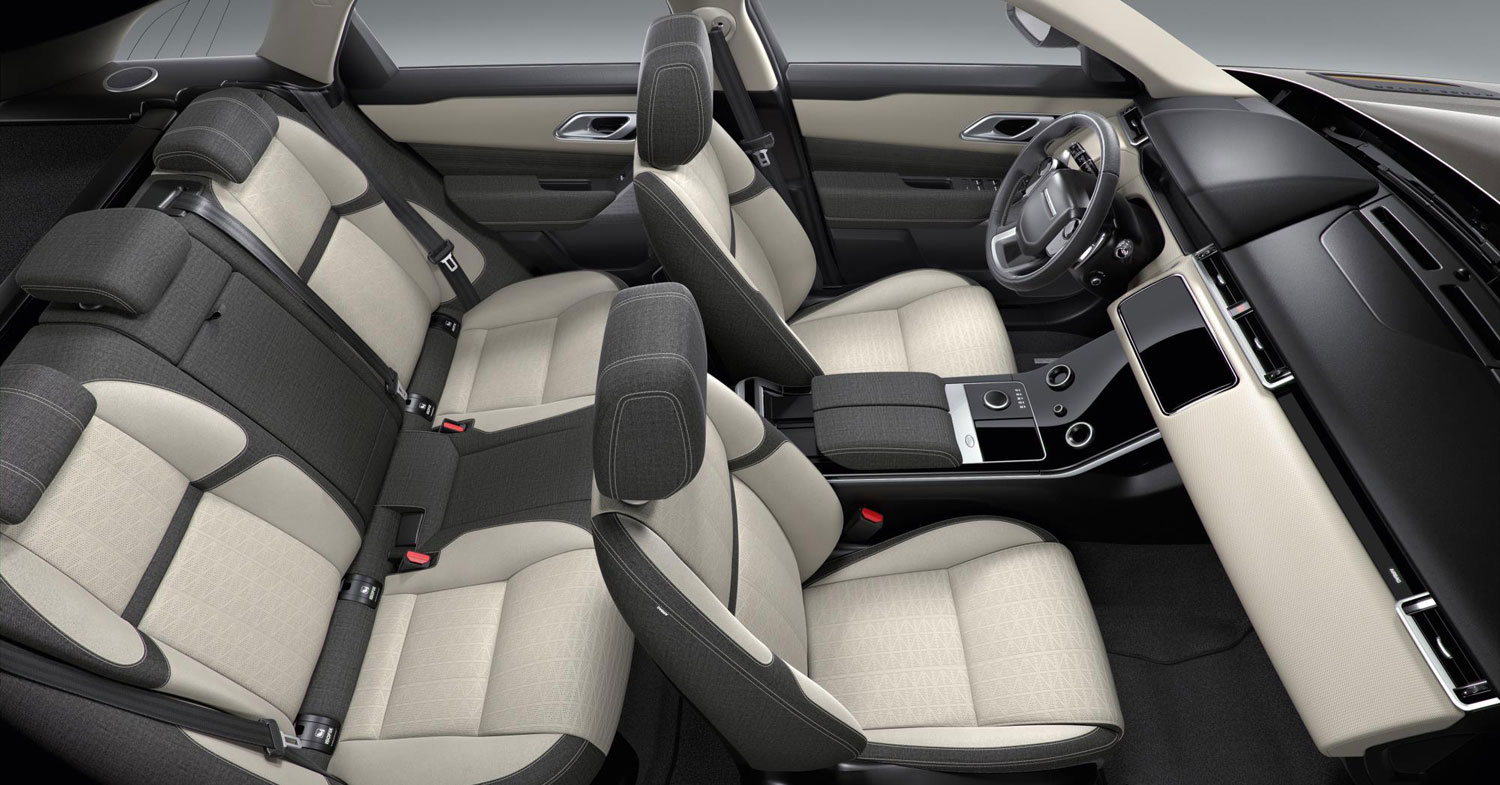 Into the cabin, and the spacious interior which has plenty of leg and headroom, is a cocoon of luxury, and is dressed in perforated Windsor leather. There are two touchscreens in the front, and this means that everything is controlled electronically apart from the volume, temperature and the selection of the gear which use a traditional rotating dial. The result is a clean finish down the middle of the cockpit from the air vents to the split central armrests which house handy USB and HDMI ports. 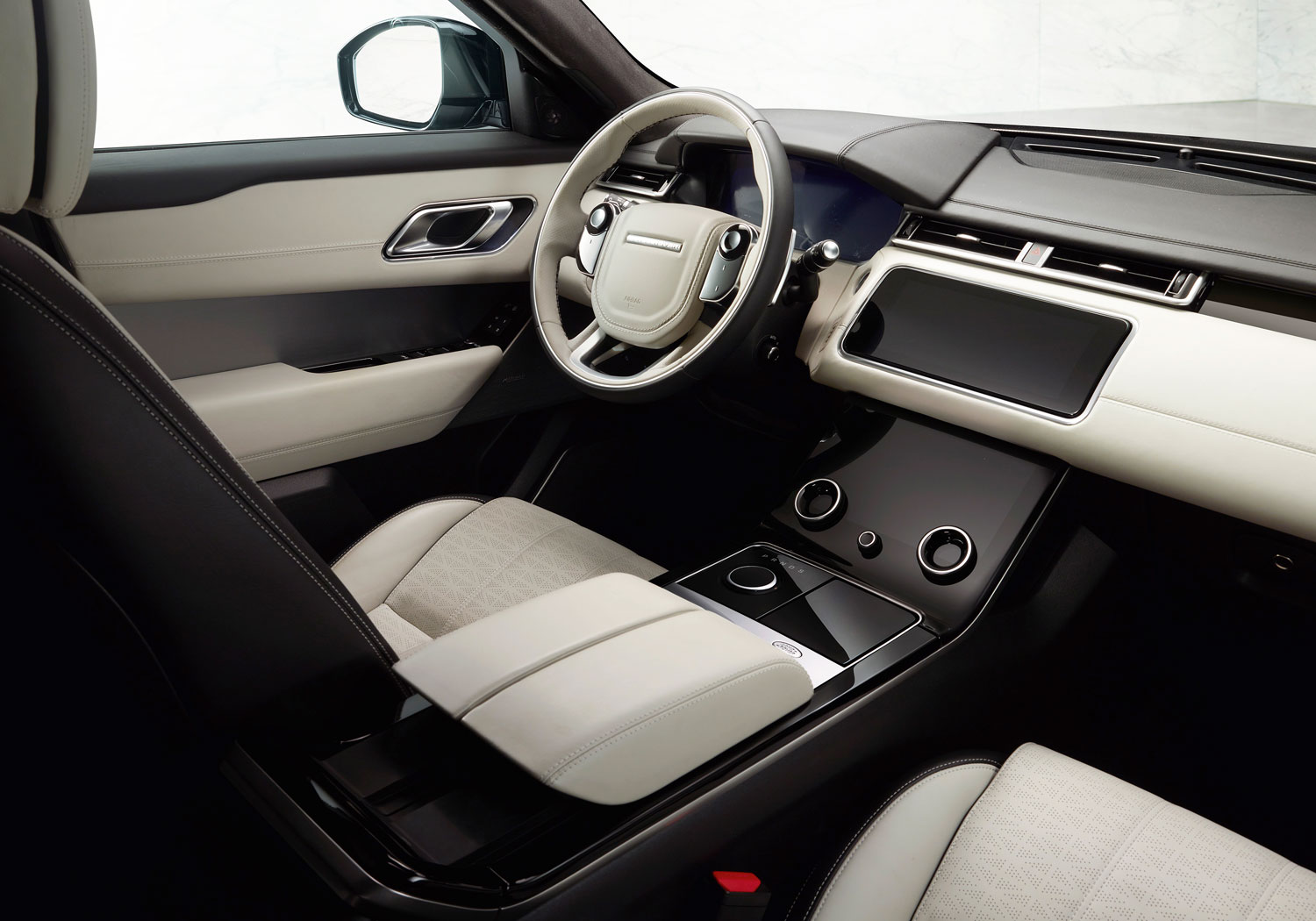 On the upper 12.3-inch infotainment screen, which is very intuitive to use, you’ll find the display for the satellite navigation, the 16-speaker 825-watt Meridian Surround Sound System and the crystal clear reversing camera. On the lower one, which has been cleverly integrated into the centre console, it’s where you can adjust the two-zone climate control system, and switch between the different driving programmes depending on the type of terrain. 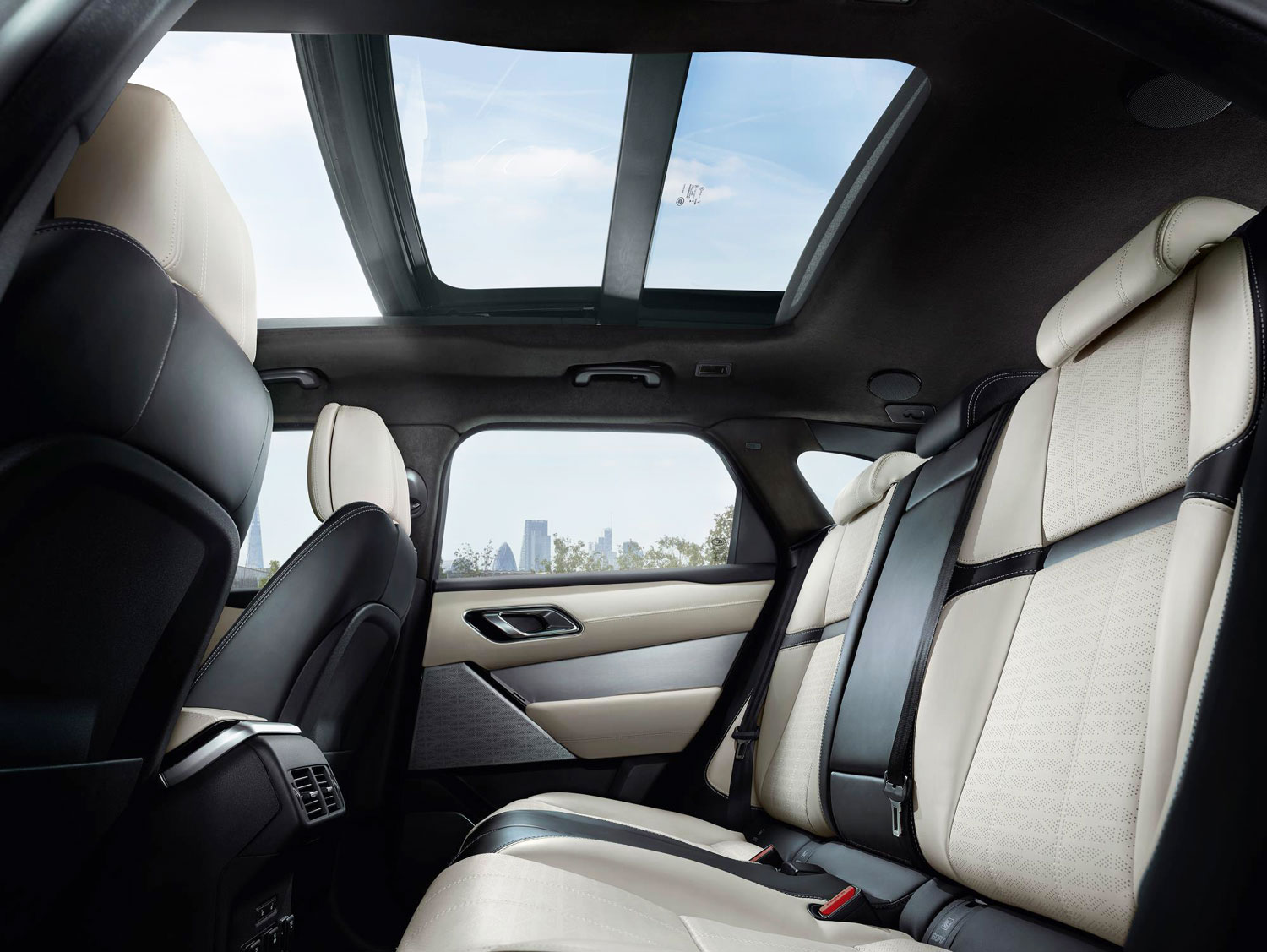 The 20-way electronically adjustable seats, which can be cooled and heated, are extremely comfortable and the steering wheel can be warmed too. Passengers in the back are not left devoid of any technology thanks to screens within the front headrests, and the boot packs in 673 litres of luggage space meaning that there was ample room for our weekend suitcases. With the seats down, capacity increases to over 1,700 litres.