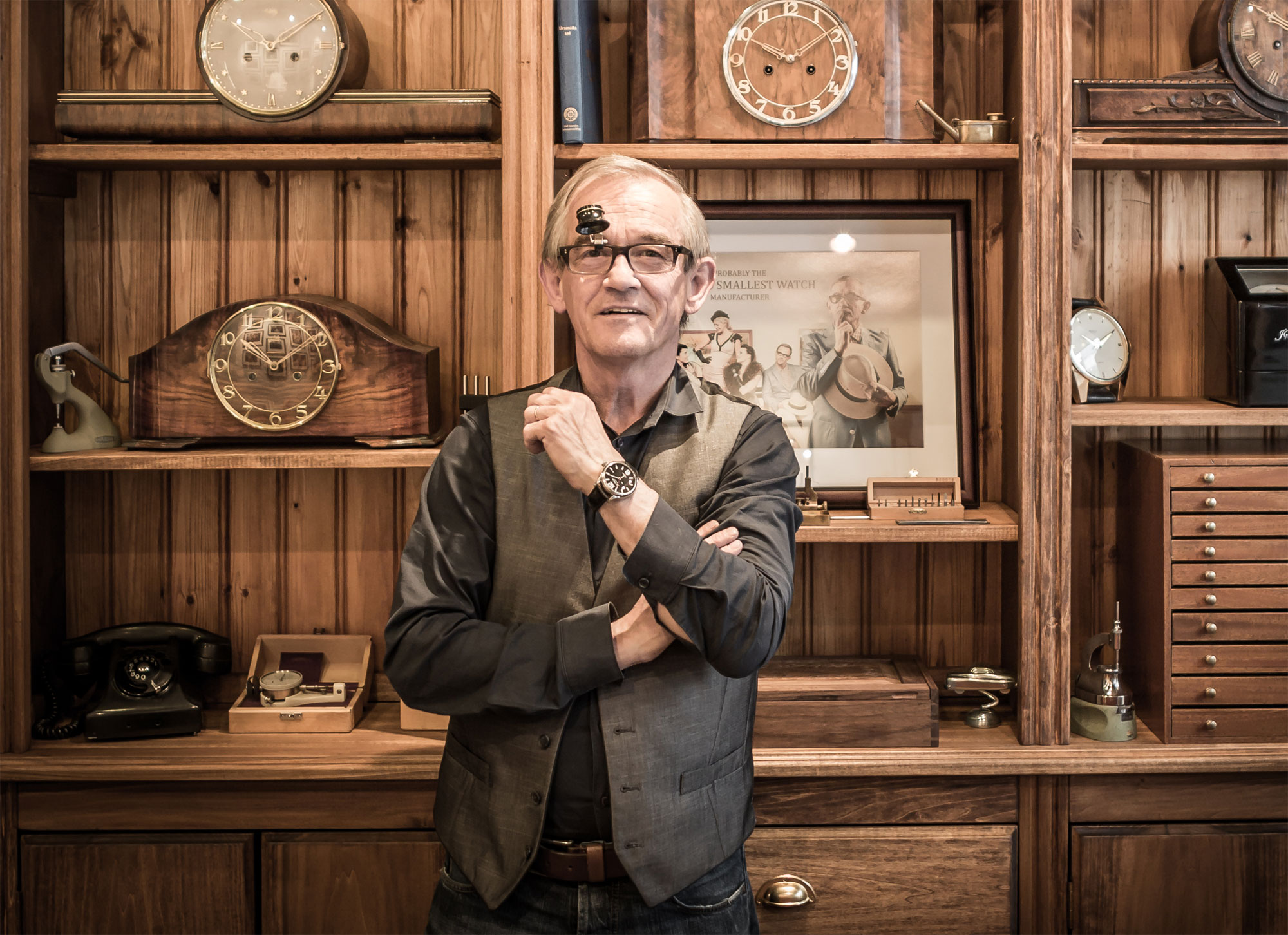 When I arrived at the world’s smallest watchmaker the owner, Gilbert O. Gudjonsson, welcomed me in. Small in stature, 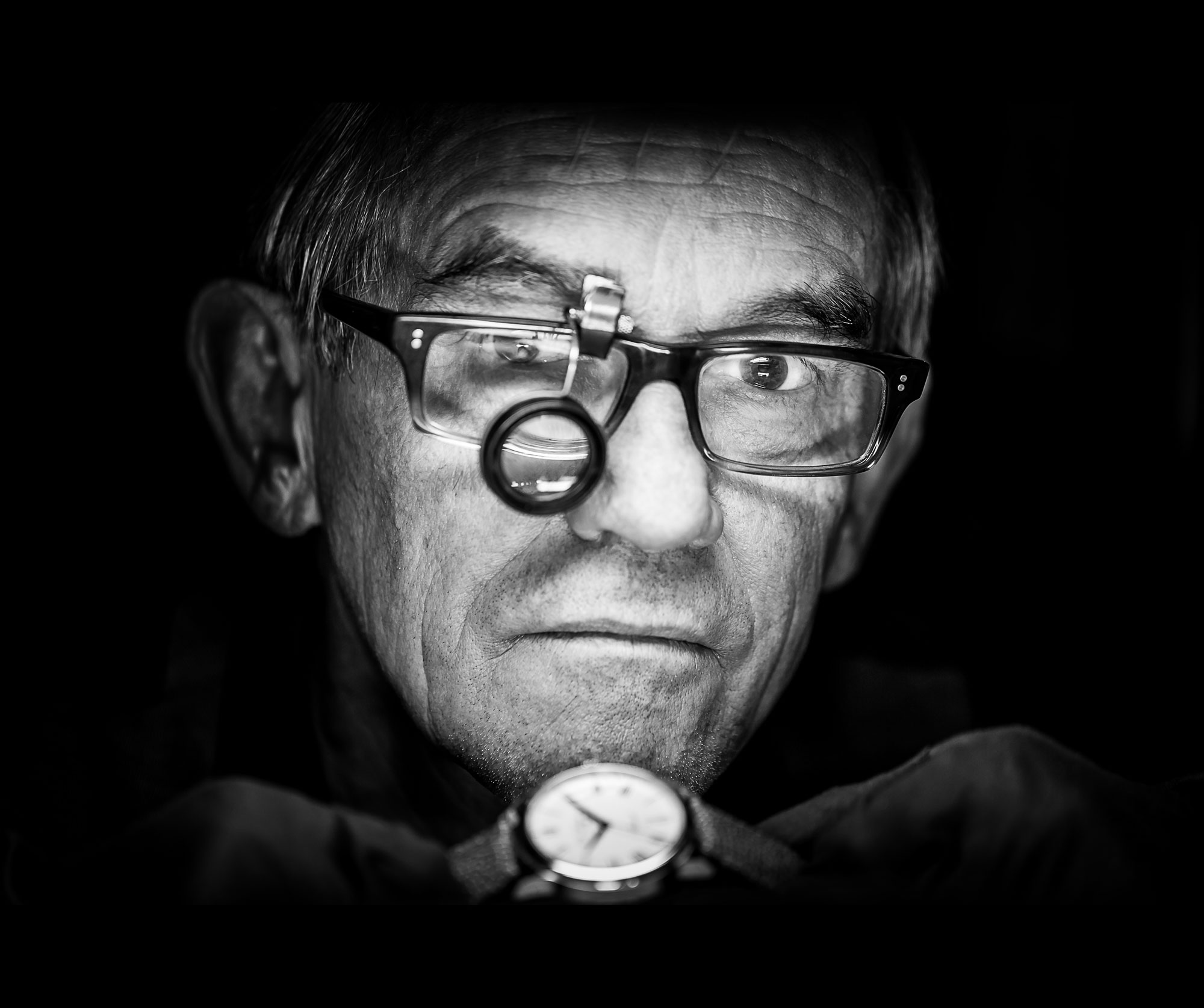 Gilbert was quick to point out that it is the workshop, that the J.S. Watch Co. craft their stunning timepieces in, that has been dubbed the world’s smallest watchmaker and not him personally.

Interestingly enough, the workshop is not a standalone place, it is a small, threadbare room no bigger than a storage space. Situated at the back of the physical shop, that sells the watches, had I not been guided to the front door I would have walked past it multiple times before squeezing onto the shop floor.

Standing at 6’4″ I felt more akin to the proverbial bull in a china shop than anything else. My anxiety not appeased by the multitude of customers taking up invaluable space as they sought repairs and glances at Gilbert’s exclusive timepieces. 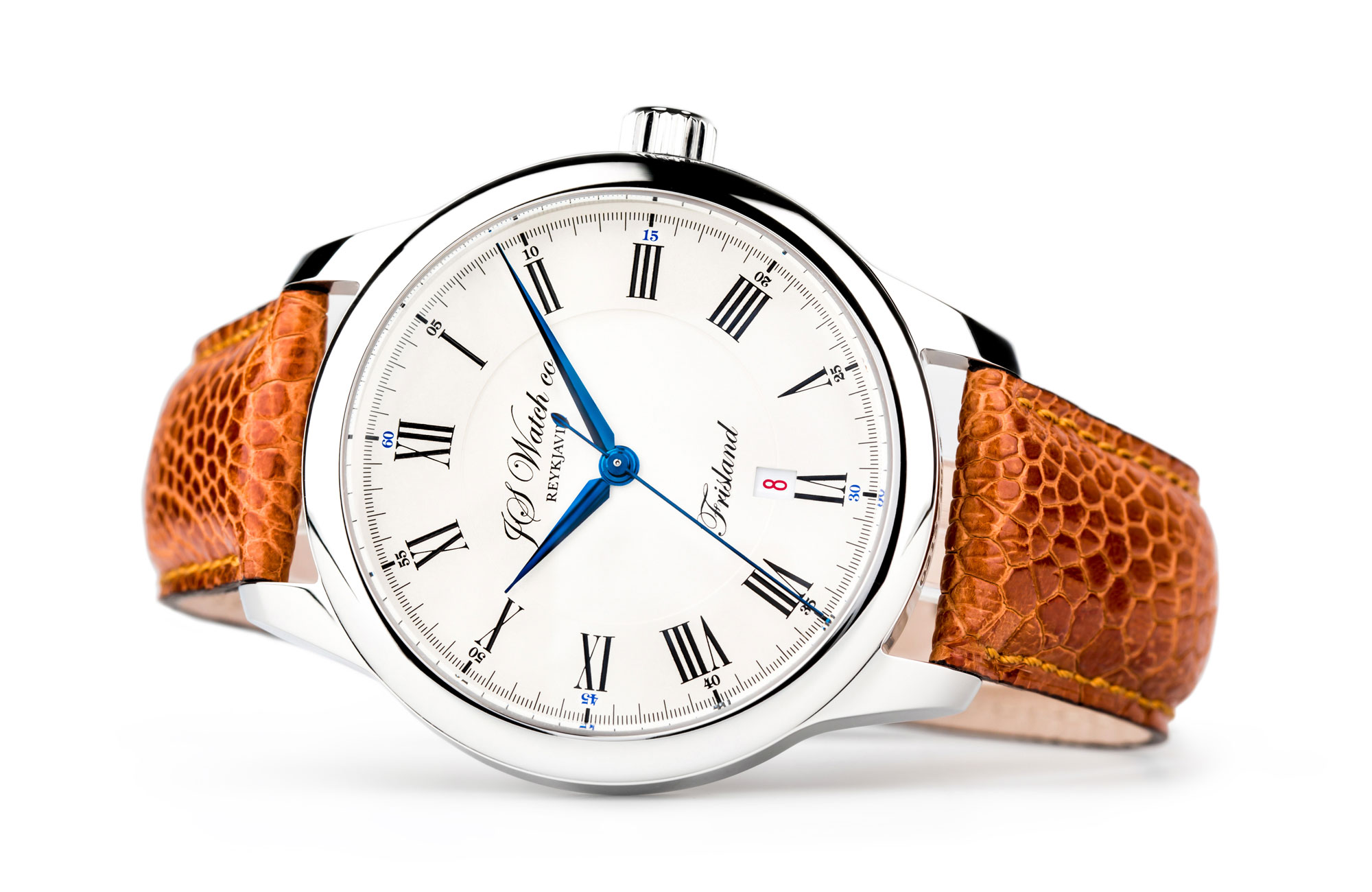 The main issue with being a fan of the J.S. Watch Co.’s stock, is that Gilbert’s timepieces tend to sell out before they even make it the fleeting few feet from the workshop to the display cabinet. What Gilbert was most excited by during our interview, was the notion that he might be able to keep one of his latest incarnations in the shop for a few days before it sold.

Whilst his pieces are not made in great quantity, they are of the highest quality. Without being too cliché they are also among the most unique timepieces you will have the pleasure of viewing.

Within his range there are the classic timepieces that afford the refined style championed by many brand’s heritage collections, but J.S. Watch Co. is proud of one thing above all else: it’s location.

That’s not a reference to the shop’s prestigious position in Reykjavik’s old town but a reference to the pride the brand takes in being located in Iceland and all the history and mystery that entails. It is a history that Gilbert has translated into his watches with immaculate precision.

As such, a historical acumen imbues each of Gilbert’s timepieces. This is evident from the popular SIF / N.A.R.T collection, which serves as the official timepieces to the Icelandic coastguard, to the Frisland collection. The latter is a reference to the island of Frisland, which was falsified in the 15th century by Venetians keen to claim they had found the ‘New World’ before Columbus. 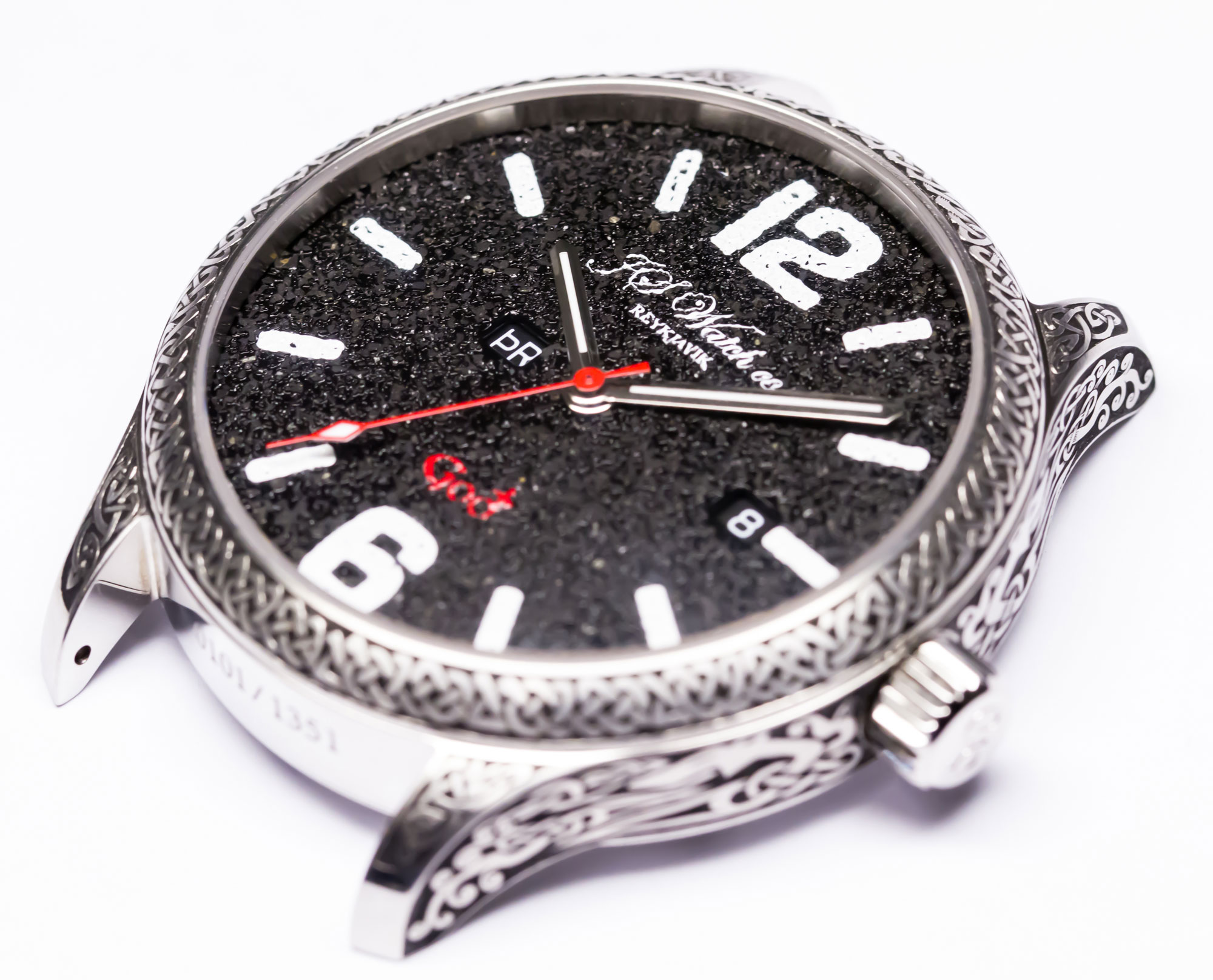 Whilst the classic edition celebrates this falsification, the true masterpiece is the Frisland God Special Edition. The bezel is hand engraved with an ancient-style motif called Hofoaletur; which was used by the Vikings to mark special items. Hofoaletur was as difficult to read in ancient times as it is now and its inclusion adds a mystique to the watch that evokes images of the Norse mythology the timepiece celebrates.

Despite this, the genius of this watch lies in the dial. Crafted of ash from the notorious 2010 eruption of the infamous Eyjafjallajokull volcano, the dial appears black as coal, with white flecks dotted sporadically around, giving it an ironically contemporary feel despite the obvious allusions to time long since past. 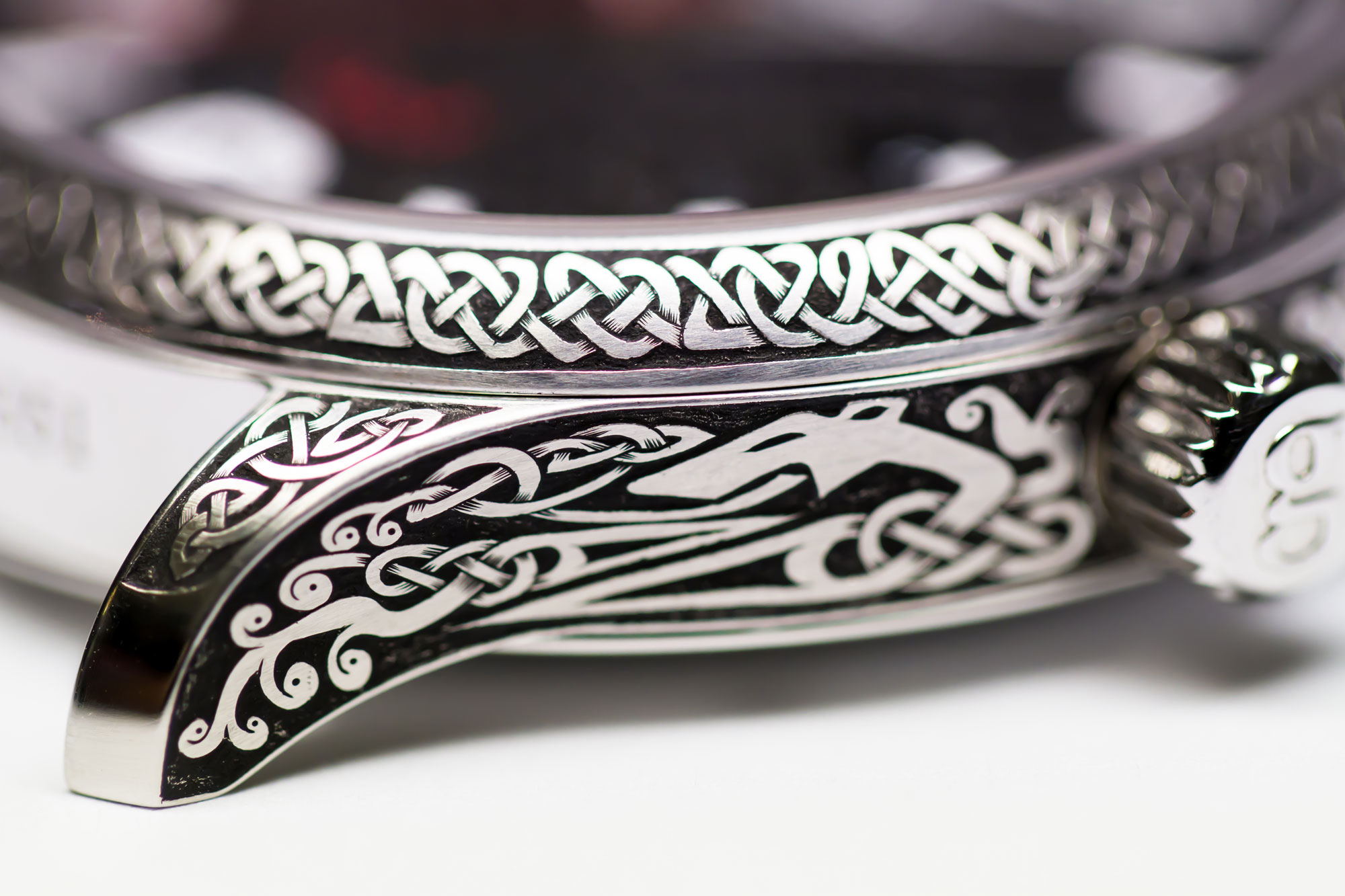 Seamless performance gives the Frisland God Edition a precision and reliability that contrasts Eyjafjallajokull’s own temperamental nature. If you’re ever in Reykjavik make sure you pay Gilbert and the world’s smallest watchmaker a visit. Just remember, they are not one in the same.

Reykjavik’s J.S. Watch Co – Where and how 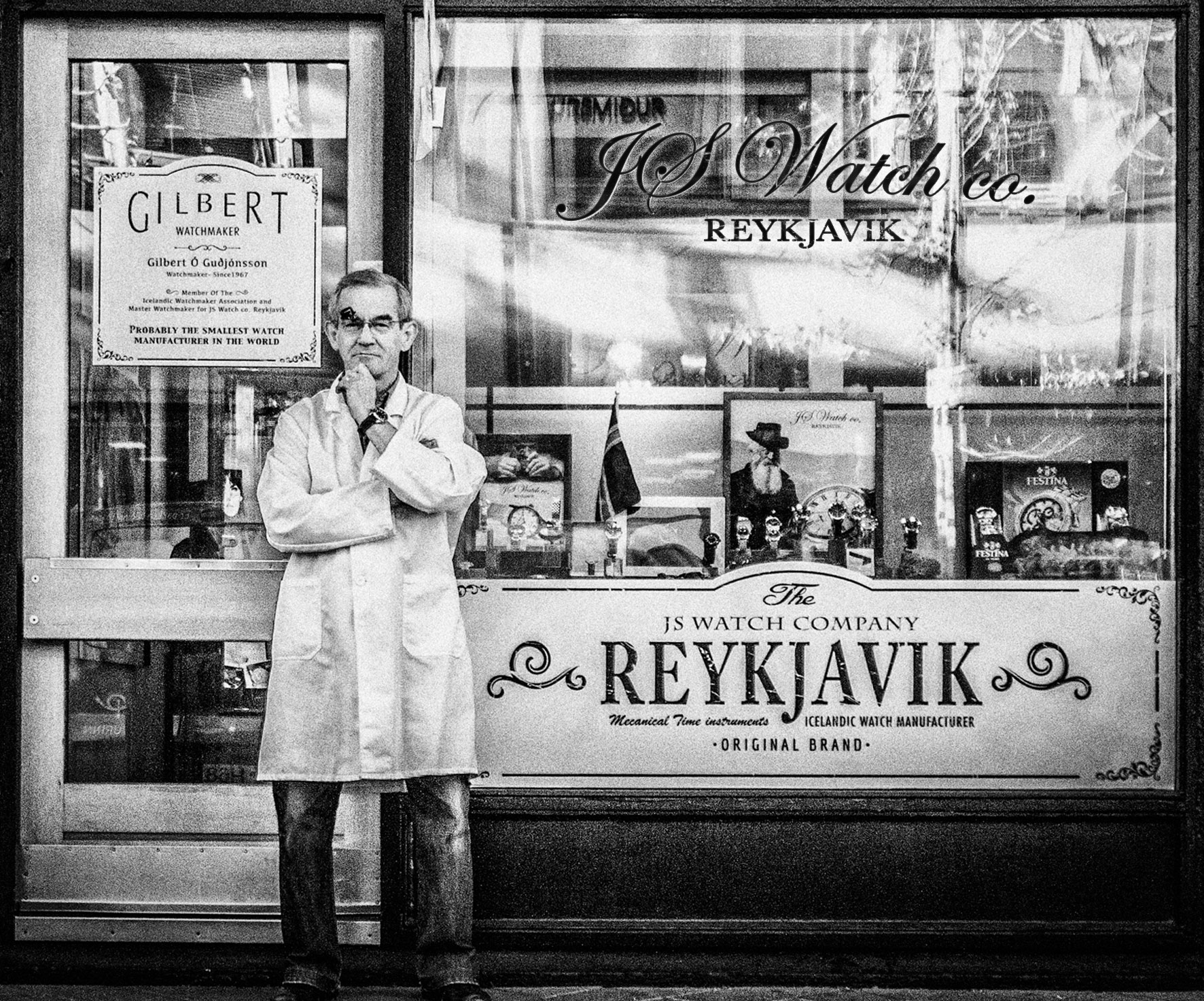