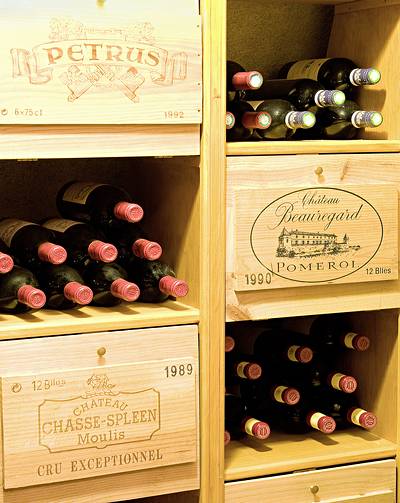 The first decade of the 21st century has already produced three superb vintages – 2000, 2005 and 2009, so perhaps it was understandable that the Bordelais, not normally reticent in proclaiming ‘vintages of the century’, remained unusually quiet about the potential of 2010. However, after the wines had been presented to the world at the annual tastings held at the beginning of April, it was clear that many exceptional wines had been made. So we now have wonderful back to back vintages in 2009 and 2010, although they are very different in character.

Both vintages have produced very concentrated, powerful wines with high levels of alcohol, but the difference is that the 2010 wines have much higher levels of acidity which give them alluring freshness as well as helping to disguise the high alcoholic degree. As ever, the character of the vintage is determined by the weather and 2010 was a year of extreme conditions, dominated by drought. A cold winter was responsible for the late development of the vine’s annual cycle which was then exacerbated by alternate hot and cold spells in the Spring, the all important time of flowering. The summer was characterised by heat and drought, the heat rarely excessive but rainfall in July and August was less than a third of the average. August was cooler than July and this helped to maintain the fresh acidity in the grapes, created by their concentration as a result of dehydration. This is undoubtedly the salient feature of the vintage – vibrant was a term consistently occurring in my tasting notes! Harvesting of the Merlots generally took place in perfect dry, sunny conditions during the last two weeks of September and the Cabernets in cooler, but still dry and fine weather during the first three weeks of October.

The potential tannin levels as a result of the hydric stress to which the vines had been subjected were enormous and very careful extraction was required; the tendency of some producers in St Emilion to over-extract their wines may account for my finding less stars there than elsewhere in the region. Despite having similarly high levels of alcohol as 2009, the vintage has more in common with 2005 and 2000. The Cabernets are particularly successful but the Merlots, despite their very high alcohol levels, have produced some outstanding wines in Pomerol.

The lower yields resulting from the drought conditions, generally down by 10% to 30%, will doubtless mean higher prices and smaller allocations. Add to this the poor exchange rate of the £ and $ to the euro and the wines will look expensive. Should one buy the wine? Certainly it’s a great vintage but if one looks at the prices of the much hyped 2009 wines, most are now at the same price as when they were first offered a year ago.