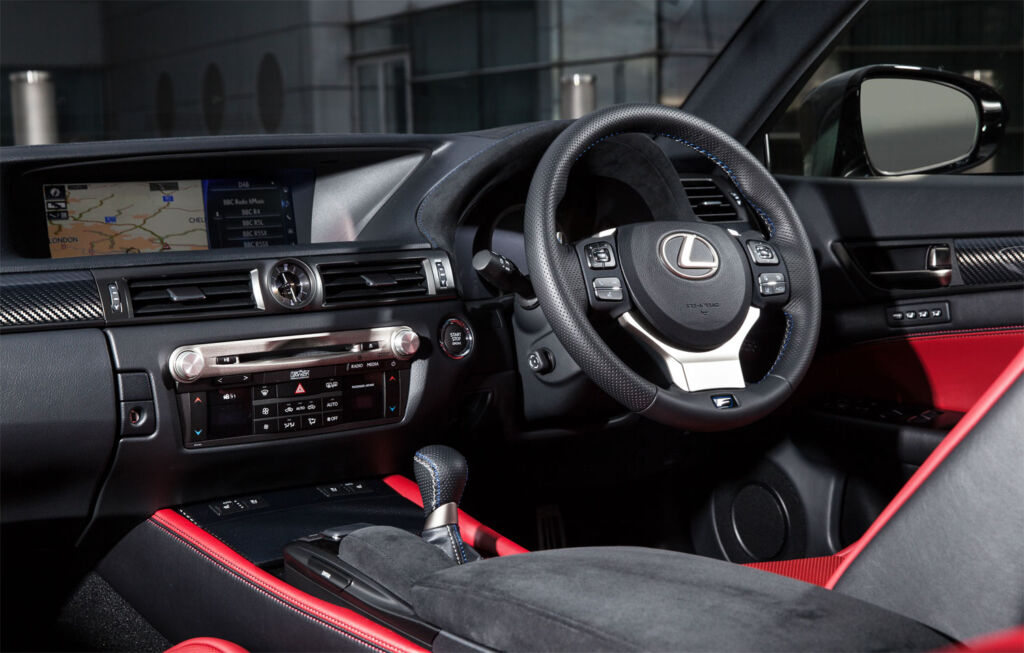 In the GS F, there are all the mod cons that you would expect, such as electric folding door mirrors, a blind spot monitor, air conditioning, a USB port under the armrest, as well as a head-up display in the windscreen.

The leather sports steering wheel is comfortable to grip for long periods, and adaptive cruise control is always a welcomed aid on long stretches of motorways and A-roads. The optional £1,000 Mark Levinson audio system which our test car was fitted with, provides the acoustically-sublime surround sound entertainment when you’re not listening to the engine notes.

The 12-inch infotainment screen hosts the built-in sat-nav, radio and phone controls. It’s fairly intuitive to use and it’s clear enough, and it also doubles up as a reversing camera which is a welcomed addition to a car of this size. 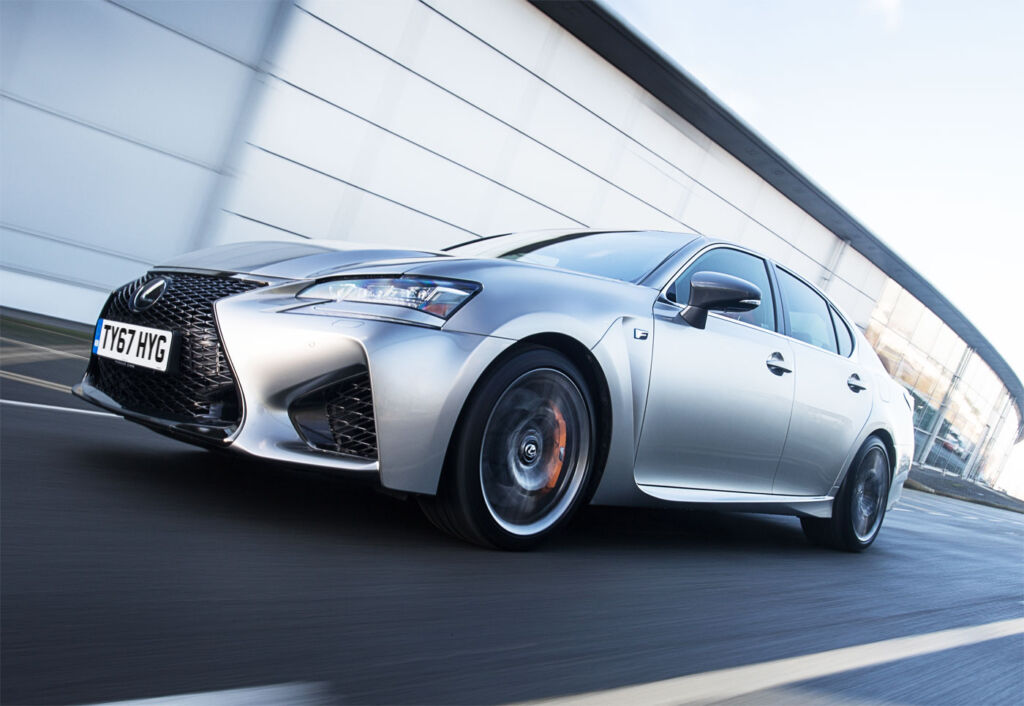 So what’s it like to drive? The Lexus blurb points out that the GS F is a fun car, and it certainly is. It has that excitement factor about it and puts a smile on your face, especially as the engine comes alive at 3,500 revs which is where you get the true sensation of what the GS F is really made of. 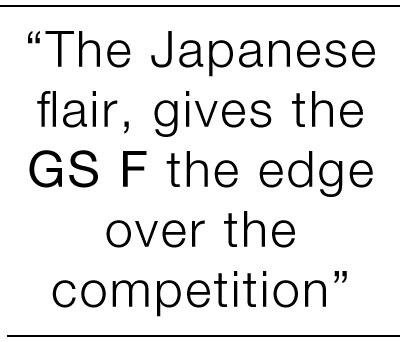 The acceleration is so quick that any cars sitting behind often became dots in the rearview mirror. There was nothing that could really keep up.

The ride is smooth and relatively firm, and there is a single suspension setting which can’t be changed. There are also four options driver-selectable operating modes: Normal, Eco (to help reduce fuel consumption), Sport S (assists the acceleration response by controlling the transmission and engine), and Sport S+, which is designed specifically for the race track as it provides earlier downshift timing in order to maintain a high engine speed and offer faster gear changes. Even in just Normal mode, the onboard transmission is responsive, and the changes are seamless, which means that you can just get on with driving rather than having to worry about a stuttering box. 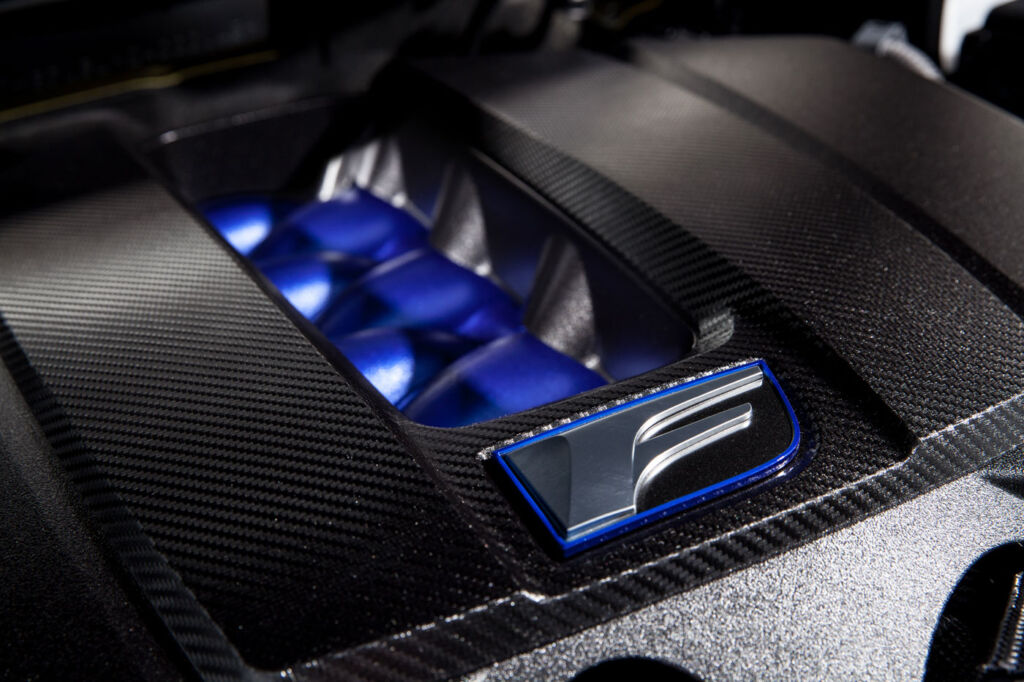 The winding roads near the Cornish coast, and the sharp bends of Wiltshire villages, are where this car really demonstrated its superior handling precision and stability, and despite being reasonably large in size, it’s a surprisingly easy car to manoeuvre through exceptionally narrow lanes. The brakes are impressive, and there is plenty of stopping power thanks to the on-board Brembo system which comes with eye-catching painted orange callipers that sit behind the beautifully-sculpted 19-inch alloys.

And how much does it cost to run you may ask? Tipping the scales at just over 2,300kg, and carrying around a big block like the V8, the resulting fuel economy is 17mpg around town and 25 combined based on regular driving. Even without a firm foot, the fuel station loyalty card will inevitably pick up a few points along the way, and the pump to fill the 66-litre tank will become a familiar sight if you decide to cover a fair few miles like we did.

The GS F is a £70,000+ car, so is pitted against the likes of the BMW M5 and Mercedes-Benz E63, but the Japanese flair just steals the edge over the competition. It looks good, sounds good and performs exceptionally well, and is what can only be described as the perfect testimony to what the “F” engineers do best.

For more information, on the Lexus range, click here.