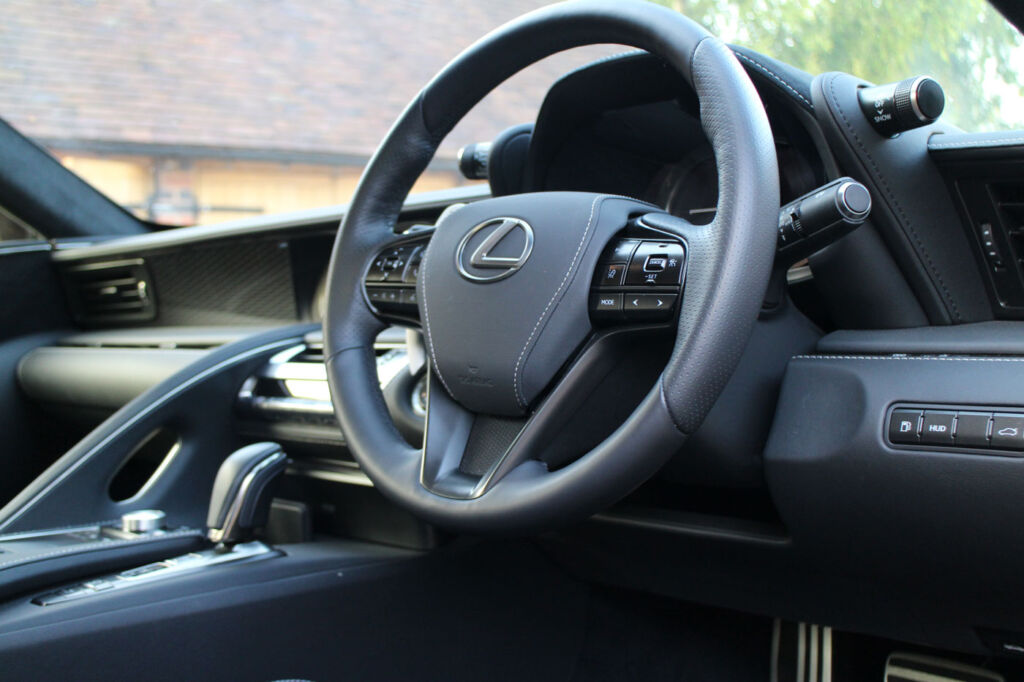 There’s an abundance of on-board technology to make the driving experience even more relaxed, such as the colour head up-display with road sign recognition (a £995 extra), and the wing mirror mounted blind-spot monitor.

The stalk to the top left of the steering wheel is where you can switch between the five driving modes which span from “Normal” through to “Sport+” (for earlier downshift timing and faster gear changes). We spent most of our test in “Comfort” which further increases the comfort of the ride through controlling the suspension.

At the wheel, all-round visibility is very good, which is further aided by the handy reversing camera. It’s a keyless start and stop button to fire the naturally aspirated V8 into life, and even the exhaust note when idling reinforces the might of the block that lies beneath.

Head on to the country roads away from the busy motorways, and this is where the Lexus LC500 is in its element, and it’s an absolute joy to drive, with plenty of power on tap, and no turbo lag to get in the way. It’s equally worth saying that the LC500 feels just as at home when navigating the more cluttered streets. 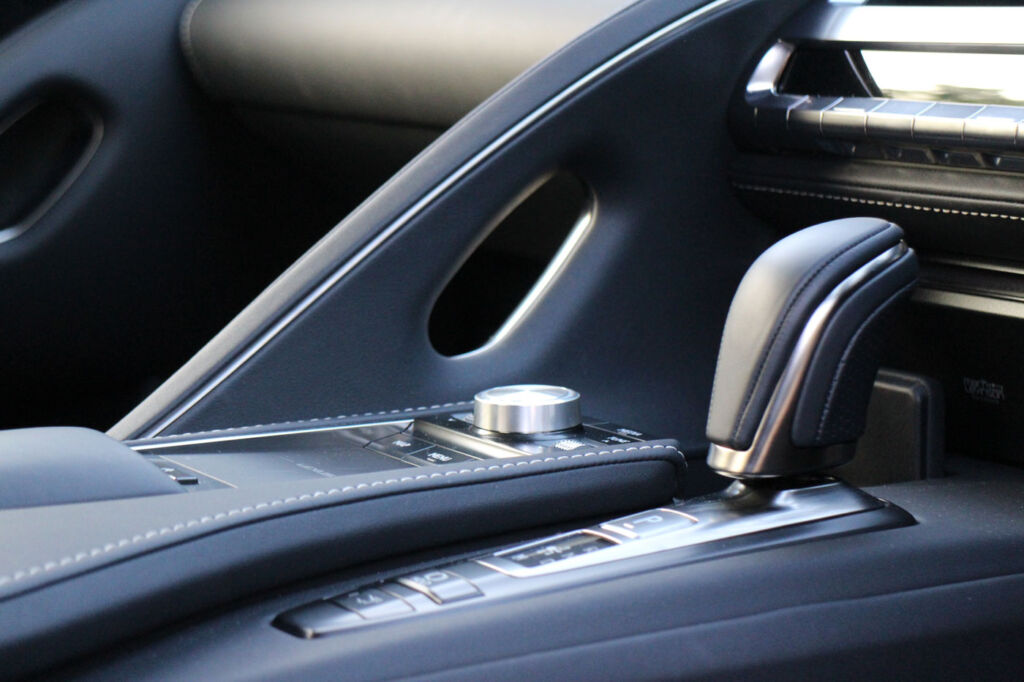 The ten-speed automatic gearbox with Sport Direct Shift and magnesium paddles (which can be used in Manual mode), shifts seamlessly to grant a fun and engaging driving experience. With a 0-62 mph sprint time of under five seconds, this car is quick and will top out at a staggering 168 mph, and luckily there is some decent stopping capability to match courtesy of the electronically controlled braking system.

When sticking to the legal limits, you will happily meander along at around 2,000 revs leaving 7,000 unused on the counter, such is the potential of the Lexus LC500. When you put your foot down, you get a nice kick as the needle swings round to 4,500 revs, and the resulting acoustics when you open up the throttle, no matter how much, is utterly sublime.

The steering is reasonably sharp thanks to the Dynamic Rear Steering which turns the rear wheels as well as those at the front, and the ride on the 21-inch forged alloys and run-flat tyres is very smooth, although it’s still quite a relatively hard setup. The solid level of grip does inspire confidence when turning in at speed, and you can raise the rear wing at the touch of a button for even more downforce if one chooses to go beyond the confines of the national speed limits out on the track.

We averaged around 30 mpg during our 300-mile round trip from London (versus the quoted 24) and used around three-quarters of a tank of fuel (the LC holds 82 litres), so the consumption is reasonable and won’t leave you glued to the petrol pumps throughout your journey. 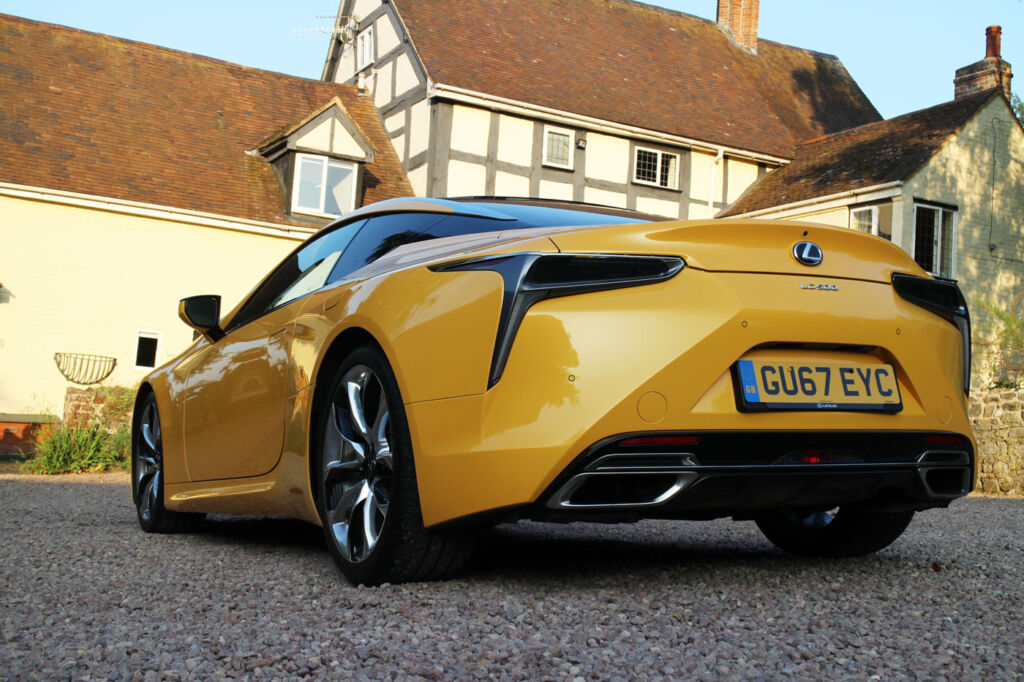 Overall, this is a special car that looks the part, sounds the part, and is worthy of its place as Lexus’ flagship model. It’s good to be different and head away from the mainstream, and choosing the Lexus LC500 over its rivals will reward you accordingly.

For more information on the Lexus LC500, visit www.lexus.co.uk.
Photography by Lexus and Simon Wittenberg. 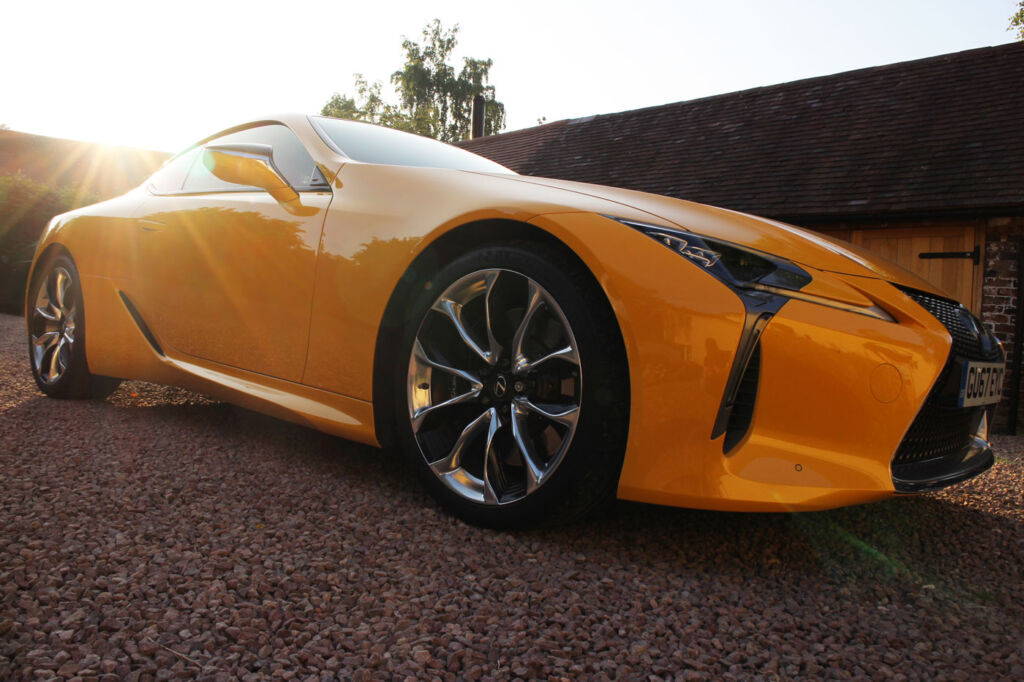