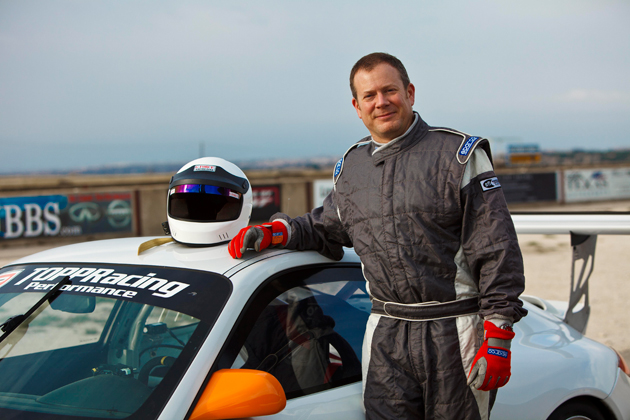 With the start of the new 2012 FIA GT3 motorsport season upon us, American novelist, Robert L Turner, has launched the first book in ‘The Driver’ line-up, entitled ‘Book I – Decision’, a worthy addition for any car and motorsport enthusiast. 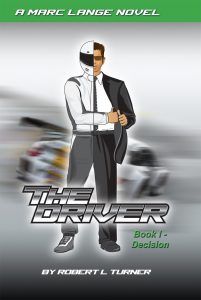 Drawing on an in-depth knowledge of Porsche, as well as his on-track experience, the theme at the heart of the six-part series, marries adventure with motor racing which cleverly intertwine throughout the chronicles. Centered around Team Technik, a small, underfunded Porsche GT3 outfit operating out of an ancient brick garage in Milton Keynes, Buckinghamshire, Owner, Marc Lange, is responsible for securing the future of the team through any means possible. This leads to an encounter with Rene Dufour, a seasoned ‘Driver’ who undertakes high risk engagements across Europe in return for large financial returns. Marc quickly learns about the benefits of earning money in a more unconventional way, an appealing proposition when the future of Team Technik rests heavily on his shoulders.

The first novel has received wide acclaim from well-respected motoring personalities including television personality and racing driver, Tiff Needell who said: “The Driver ‘Book I – Decision’ was a lot of fun, and reminded me of my GT racing.”

Brian Redman, British racing driver and member of the Motorsport Hall of Fame, who has equally become a fan of the first part of The Driver series, adds: “Robert’s intimate knowledge of the geography of Europe, European race tracks, and inside knowledge of racing all come together to create a page turning novel that is hard to put down.”

Commenting on the launch of ‘Book I – Decision’, Turner explains: “The desire to write a sequence of novels was fueled by my passion and experience for anything automotive, and there was no other book which satisfied an individual’s hunger for fiction and their love for cars and motorsport. The reviews to date from across the globe have been extremely encouraging, and this is just the very beginning of the adventure. There is of course plenty more action to follow.”

The second book in the six-part tale, The Driver, ‘Book II – Training’, is scheduled for release later this year.