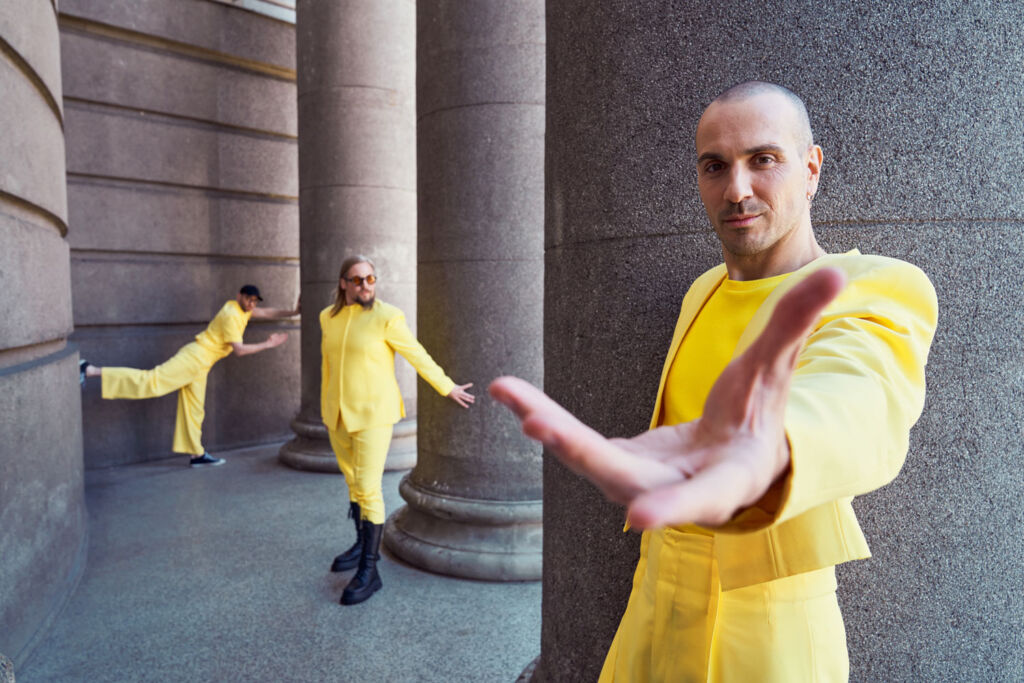 Lithuania has collaborated with The Roop, Lithuania’s Eurovision representative and travel ambassador in launching another instalment of the campaign “Break Your Screen Routine in Lithuania.”

The new initiative focuses on travelling through the sensory experience of touch. It also showcases Lithuanian experiences that revive the senses in one’s fingertips, such as picking ambers, touching the urban architecture, or trying out pottery.

The Lithuanian entry The Roop, which made it to Top 10 in the Grand Final of the Eurovision Song Contest 2021, introduced a new finger dance to Europe. In the first Semi-Final, two different finger combinations, featured in the famous Discoteque, were revealed to represent “E” and “V,” which stand for “Euro” and “Vision.” 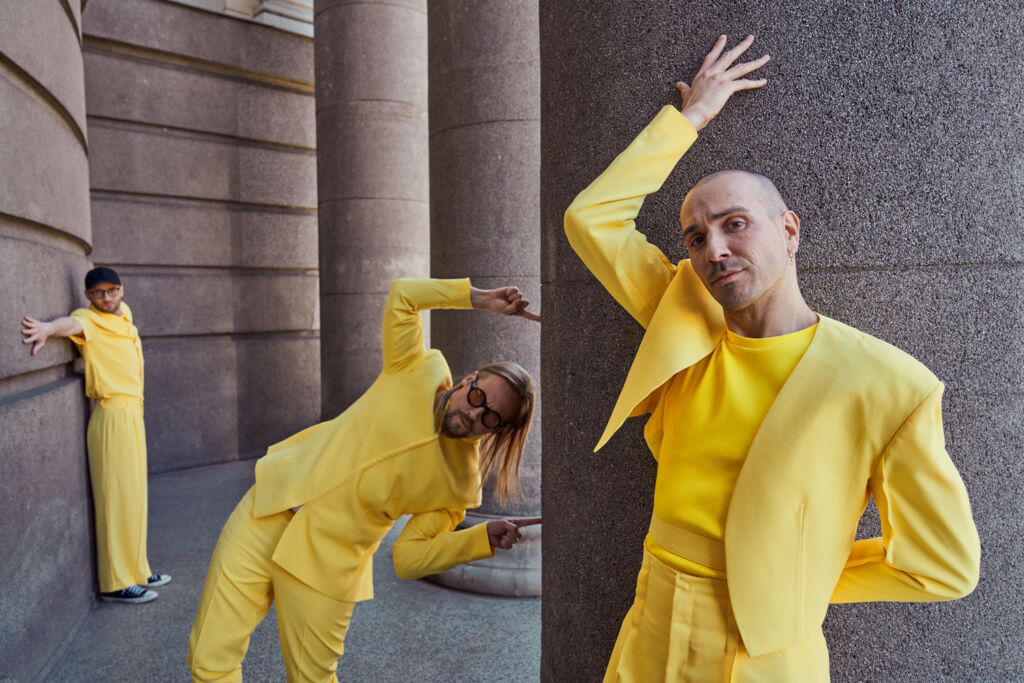 The unique finger dance has subsequently inspired another tourism campaign, “From Scrolling to Exploring,” launched by The Roop and Lithuania Travel, Lithuania’s national tourism development agency.

The initiative is part of a campaign cycle called “Break Your Screen Routine in Lithuania,” which presents active travelling in Lithuania through three senses: Feel, See and Hear.

“We are honoured that The Roop, our travel ambassador, has decided to join us and make Lithuania world-known not only as the land of Discoteque but also a country with immense potential for travelling,” commented Dalius Morkvėnas, General Manager at Lithuania Travel. “The Roop has taught all Europeans and Australians to dance with their fingers, and now it’s time to apply those moves in feeling Lithuania with one’s fingertips!”

The promotional video for the campaign shows how Vaidotas Valiukevičius, lead singer of The Roop, exercises with his fingers in a “finger yoga”—a special way presented by The Roop to discover Lithuania through the physical world of touch.

The concept encourages travellers to stop scrolling on their smartphones and run their fingers over the real treasures of the country: architecture, nature, crafts, and activities, inherent only to Lithuania.

For example, locals and visitors can touch a spectrum of shapes, curves, and lines of Modernism architecture in the second-largest Lithuanian city, Kaunas, or pick amber pieces on the shores of the Baltic Sea. Additionally, the campaign also suggests having a go at Lithuanian crafts such as bath-broom-crafting and traditional folk pottery. 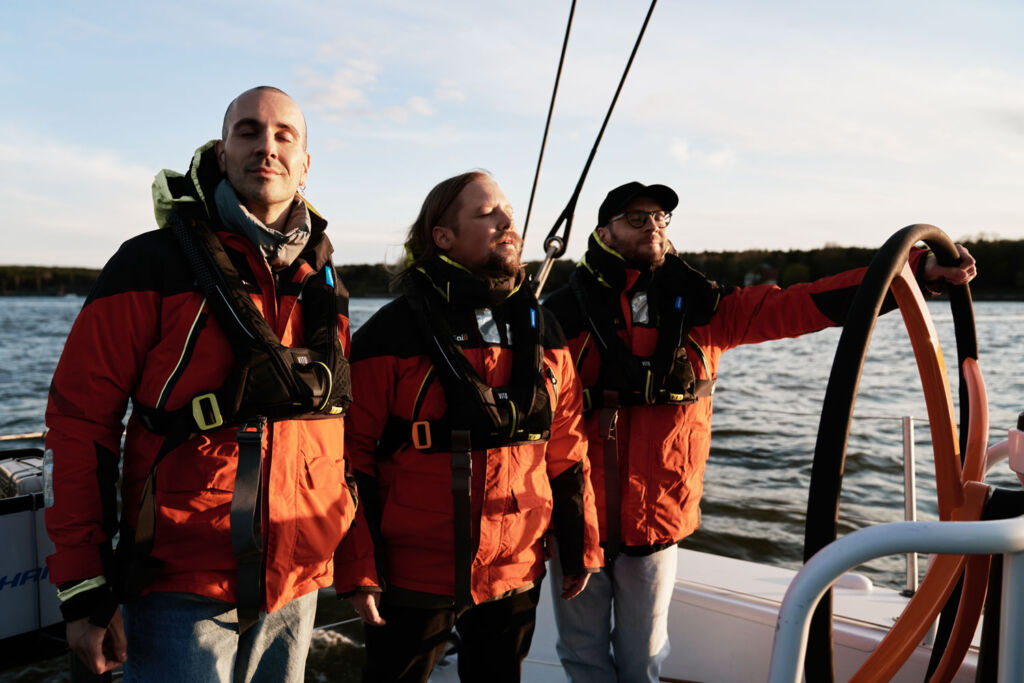 “I’m very grateful for being able to represent Lithuania not only in the European music scene but also in the world of tourism. While we were the very first country to appear on the Eurovision stage this year, I hope Lithuania also makes it to the very top of many people’s bucket lists this year,” said The Roop’s lead singer. “So, I’d like to encourage everyone to stop scrolling and start exploring Lithuania!”

The sensory campaign joins the country-wide Lithuanian initiative “Lithuania Goes Yellow” aimed at supporting The Roop’s Eurovision journey. A number of companies and institutions, from jet lines to maternity hospitals, took part in the so-called “yellow wave,” where people in yellow clothes danced to Discoteque.

The cities also expressed their appreciation for the band: the capital town dressed up its statues in yellow clothing items, resembling The Roop’s stage costumes, and the fountains in Kaunas flashed in yellow to the Discoteque rhythm.

The campaign “Break Your Screen Routine in Lithuania” was launched on May 11th, inviting travellers to immerse into the senses of Lithuania in the upcoming summertime. The auditory-based part of the campaign, “From Beat to Retreat,” encompasses auditory experiences when travelling Lithuania, while the upcoming visual-based campaign cycle “From Screen to Scene” will showcase Lithuanian sights that are worth more than the digital screens.