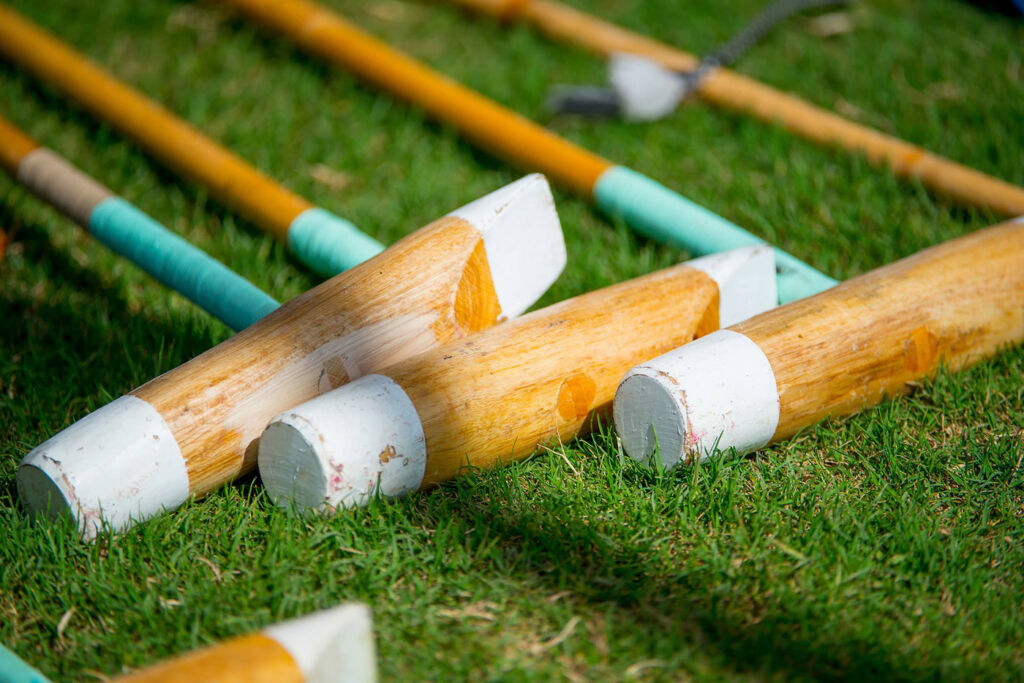 The rules of polo in a nutshell

At the exclusive Roma Polo Club, we were treated to an introductory polo lesson by Malcolm Borwick, so that we could gain an appreciation of how the game is played, and to get a brief understanding of the contents of the rulebook. For a very whistle-stop explanation, polo is essentially a four-a-side game, and the stick (which looks like a longer version of what you would see in croquet), is always played right-handed, even for those individuals who are the opposite.

Each player in the team has a designated number to determine their position. One is the striker, two plays an important attacking role and marks the opposing number three, three is like a ‘centre-half’ in football and controls the speed and direction of the game, whilst four is the defender. 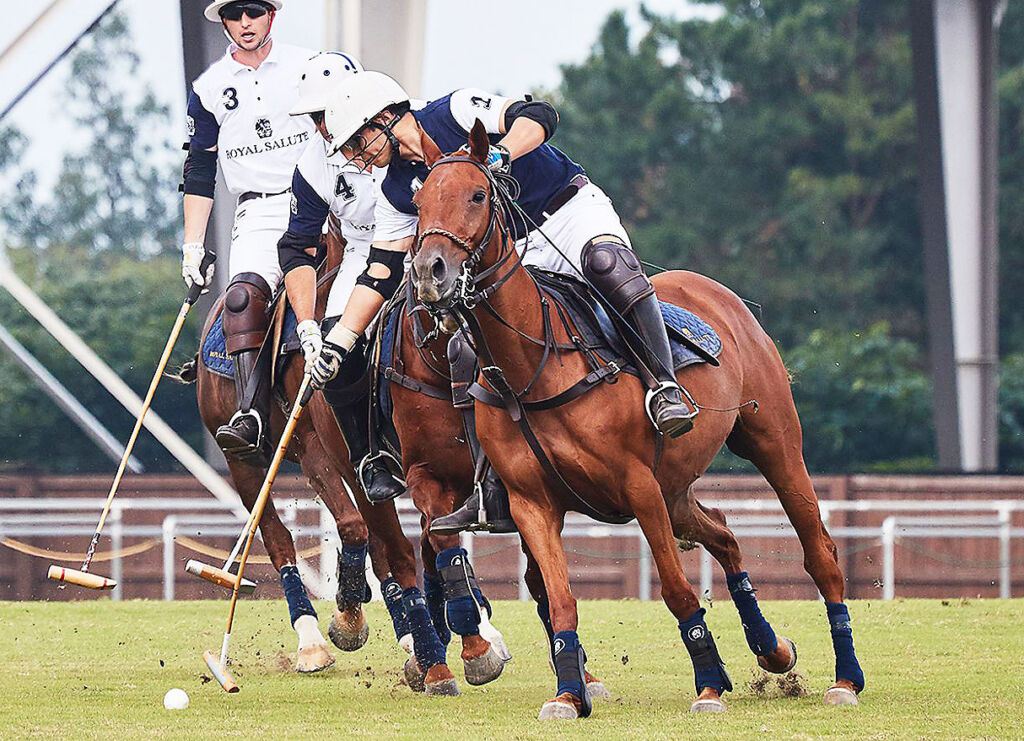 In terms of the format of the game, there are four ‘chukkas’ (chukka is the Persian word for period of time), each lasting for seven minutes, and the idea is to score as many goals as possible through the two posts at either end of the field (the posts sit eight yards apart). Once a goal has been scored, teams will then swap ends, and the same applies if there have been no goals before half-time, i.e. after 14 minutes. Riders can also play on more than one horse during a game, and will choose strategically which ones to field when.

How to hold the strap and polo stick, which resembles an elongated mallet, is always the starting point, and when you get to sample one which is full-length, you actually realise that it’s quite heavy. The trick is to let your arm relax when you hit the ball, as this reaps the best action and distance. 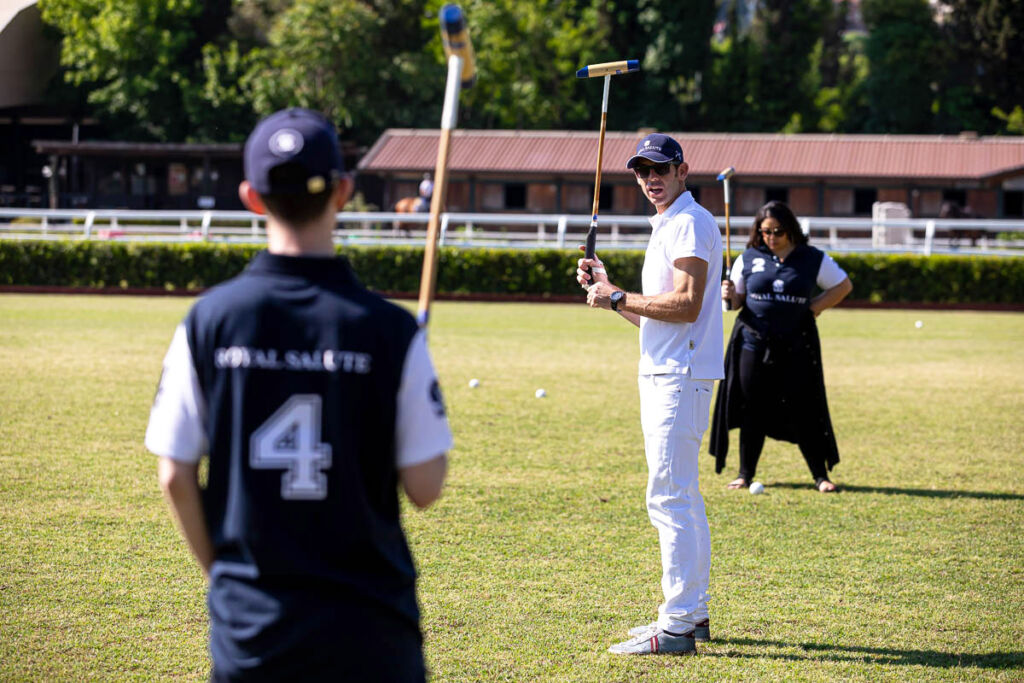 Whether it’s a forward or backward swing, you always have to remember to keep your body facing the direction of where you want the horse to go, rather than swinging your body as you would do with golf, plus you have the reins in your left hand. 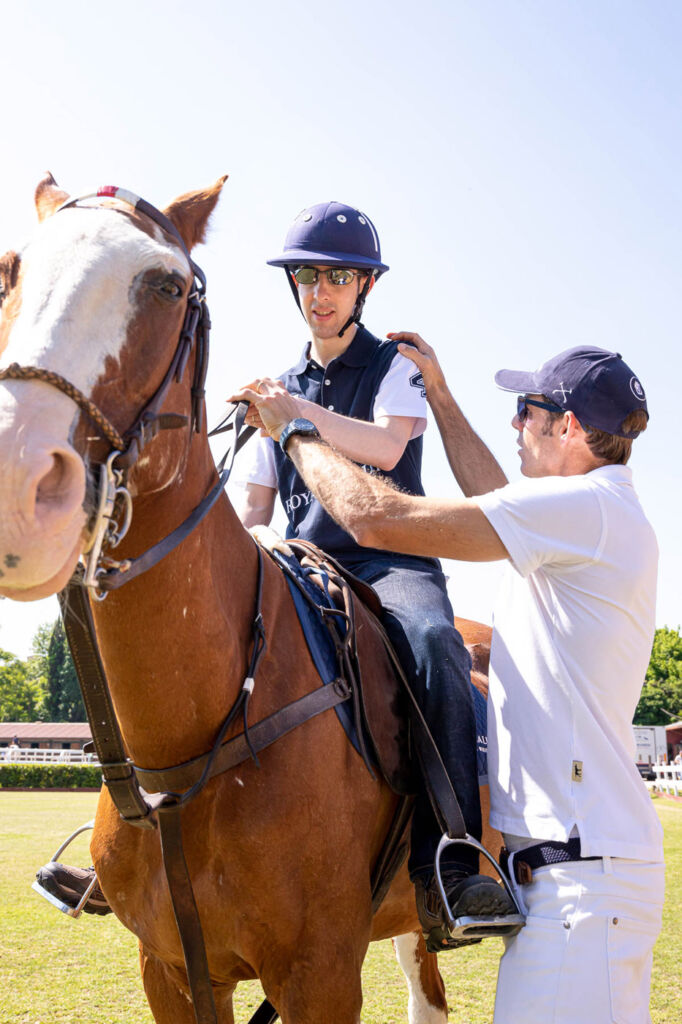 Furthermore, when tackling the opponent to get the ball, you have to do it in the same line of play, rather than coming in from the side (e.g. a 45-degree angle) to grab the ball. Follow me?

As part of our short foray into the sport, it was then time to mount the hay bales with a full-sized and weighty polo stick to get an idea of what it is like to swing a polo stick whilst standing on a surface that essentially wobbles, the final stage of training before getting on a horse. When swinging the stick in a pendulum action, it had to brush the ground and not touch the side of the hay bales (i.e. what would be the horse), and of course, you also then had to hit the ball. However, it’s only when you actually climb on to the horse, which I duly did after some much-needed encouragement from Malcolm, that you truly realise the great skill involved in being able to hit a ball with great accuracy, whilst controlling the direction of such a mighty animal at 45 mph, and keeping to, as mentioned previously, an extremely mind-boggling rulebook.