Royal Salute and the ‘Sport of Kings’

To celebrate the 11-year union of Royal Salute and polo, the ‘Sport of Kings’, the whisky brand has created two limited edition flagons, namely the Polo Edition in 2017, which was followed a year later by the Beach Polo Edition (putting the boxes together actually creates one photograph). They have been transformational for Royal Salute as they have introduced a whole new customer base for the marque, and created a focus on a younger whisky drinker. In addition, the Polo Editions have seen a shift away from Royal Salute’s traditional dark blue, burgundy and green porcelain flagons, which are mostly handmade and finished in Britain, to more pastel pantone shades. 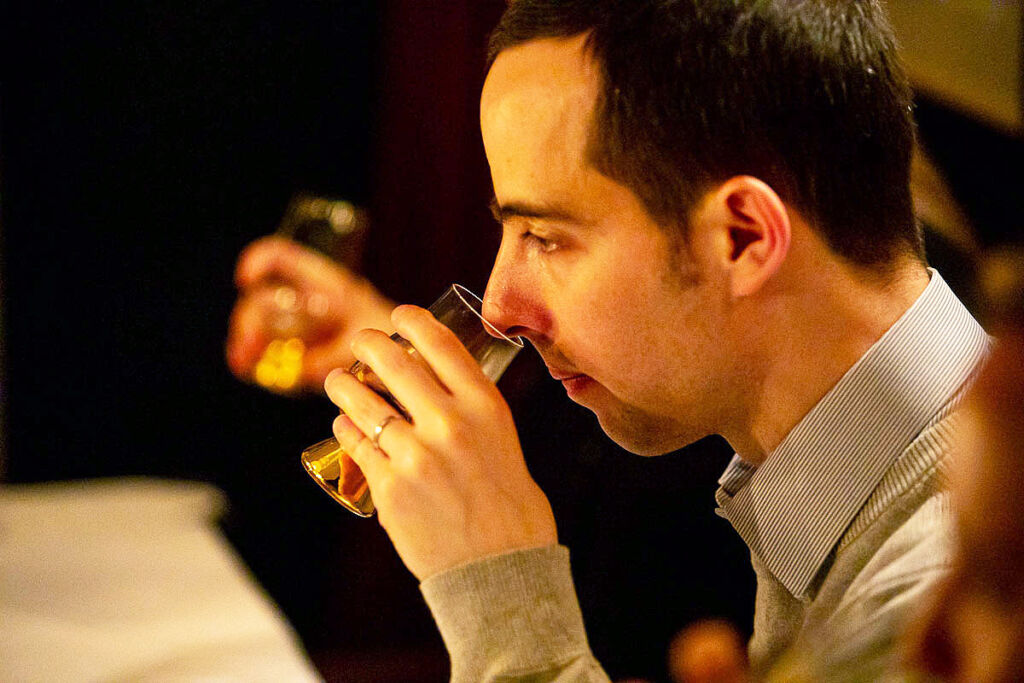 The light blue of the Beach Polo Edition was actually the result of a photoshoot in Dubai where Royal Salute took the colours of the sun and the sea, and found the perfect point in between to determine the look of the iconic flagon.

Like seven-a-side rugby, there has been a drive to make the equestrian sport appeal to new audiences in the modern marketplace. The shortened beach polo game has proved a successful offshoot since it was introduced around five years ago, and is now played in tournaments across the world in places such as Miami, Ibiza and Montenegro. 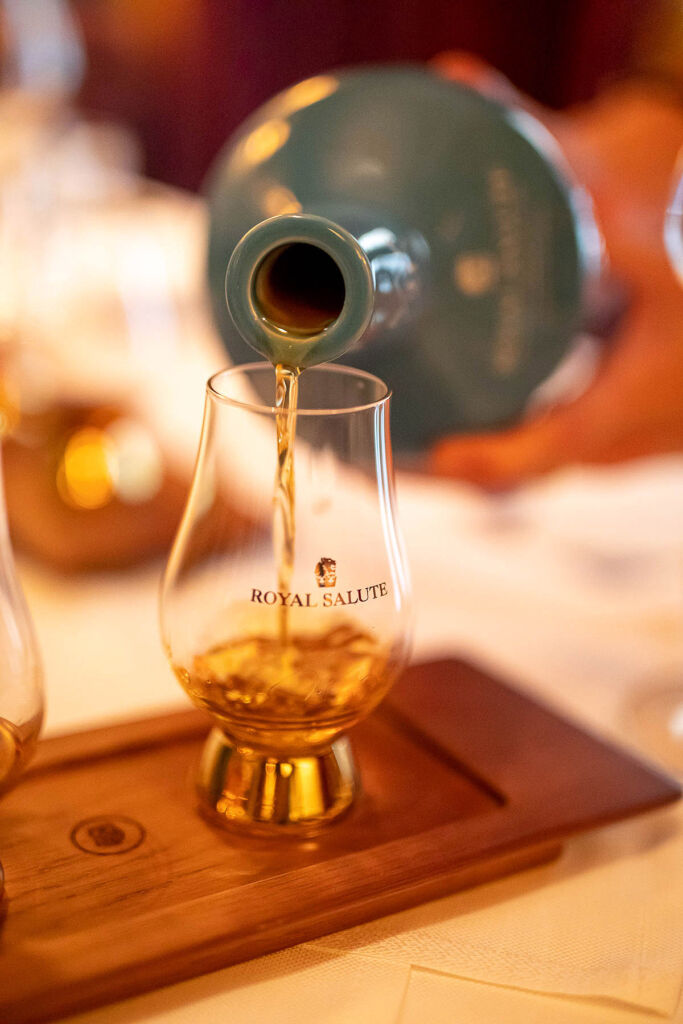 When Malcolm Borwick spoke with Sandy Hyslop, the director of blending for Royal Salute, about what he would associate with the beach, he explained that polo is an evening event, and this would be followed by a bonfire. Sandy, therefore, concluded that peated whiskies from the west coast and Highlands of Scotland should be incorporated into the whisky, which went against the grain for Royal Salute, i.e. only using blends from Speyside.

To be able to incorporate these different blends is all made possible through a system of sharing by select distilleries for the common good of whisky. In the first sold-out World Polo Edition, there is a hint of smoke, and it was a smoother and more accessible Speyside-orientated whisky, but in the second, the smoky notes are much more evident. It’s certainly going to be a hard act to follow for the next Polo Edition.
View photos and videos from our visit to Rome on our Instagram page.